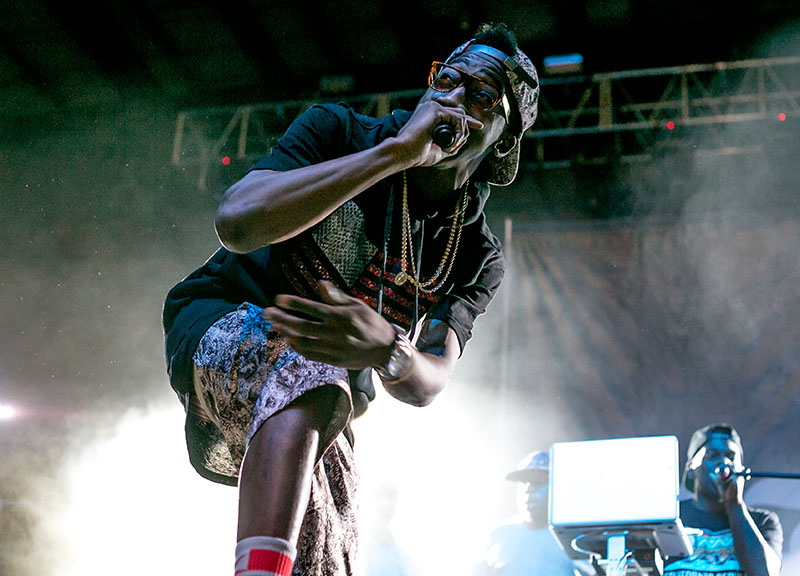 It's hard to be the new kid in town sometimes, and American Swag Company learned that the hard way on Saturday night.

Just hours before Big Sean was to take the stage at the Chicago-based promotion company-hosted show Dr. Pepper Arena in Frisco, the rapper was visiting the K104 studios and tickets to the show were being given away — by the handful. Why? Well, because this show needed that last-minute push.

Listen: There's no doubting that Big Sean is one of the biggest names in hip-hop right now. Fresh off his GOOD music label's Cruel Summer hit album from last year, plus his own string of popular tracks, including “Show Out (feat. Juicy J),” “Guap” and the just-released track “Beware (feat. Lil Wayne and Jhene Aiko),” all of which are leading up to an anticipated full-length album coming sometime this year, Sean's got a lot going for him these days.

It just seems that American Swag Company was a little overzealous in booking their first North Texas show. A little scene familiarity could've helped, certainly; ticket prices of $50 a head, limited marketing and the always-trying haul out to Frisco just felt off and definitely hurt this show's potential.

You could see this fact directly in the show's meager turnout. At the concert's scheduled 8 p.m. start time, there were but maybe 200 people scattered about the arena, which boasts a capacity of anywhere between 5,000 and 7,000. As the night progressed more showed up, sure. But even during the headlining performance, the general admission floor space never surpassed 20 percent capacity. The seated sections situation was only direr.

The performers, though? Credit them for delivering the goods nonetheless.

Local act Yung Nation, one of the best rap acts in the area, put life into the small crowd the way only Yung Nation knows how. Meaning? Well, loudly and with some undeniable charisma strewn about a set featuring such familiar local cuts as “Shawty Wassup,” “Pimp” and “Very Crucial,” among others. During what would be the duo's last track, though, B. Reed and Faime just quietly and awkwardly left the stage without much to-do, putting an abrupt end to their time on stage.

Next up, Roscoe Dash, despite still being a youngster in the game at just 23 years old himself, offered up a set that almost felt like a throwback. Highlighted by tracks like “Sexy Girl Anthem,” “Show Out” and “All The Way Turnt Up,” Dash's set was a god time — and one that the audience certainly appreciated, especially during his set-closing performance of Waka Flocka Flame's 2010 single, “No Hands,” on which Dash is featured.

Big Sean was similarly unfazed by the low turnout, kicking off his lengthy set with a high-energy performance last summer's chart topper, “Mercy,” which he quickly followed up with “Dance (A$$).” Most hip-hop artists' live shows suffer from a catalog that's mostly full of popular tracks featuring other artists; it's here, though, where Sean is an exception. Even without verses from stalwart collaborators such as Kanye West, 2 Chainz, Chris Brown, Lil Wayne, Jay Z and Nicki Minaj, the rapper's show really leaves very little left to be desired.

That's mostly because the guy just knows how to work a crowd. A little over halfway through his set, he decided to take some time out for a little fan appreciation. After cautiously removing his valuable jewelry, he jumped onto the barricade separating the stage from the crowd and personally said hello to a number of fans, working his way down the entire front raw as the eager audience pawed back at him and desperately tried to snap photos as he passed. When he returned to the stage, he rounding out his set with “24 Karats of Gold,” “Beware,” “Clique” and “I Don't Like,” putting a cap on a fine performance enjoyed by too few.

No, the turnout on Saturday night wasn't great. But Big Sean very much was. He's the rare breed of performer — especially among hip-hop artists — that truly, genuinely knows how to make his fans feel appreciated.

Let's be honest: Based off the turnout alone, no one would's been surprised if the crowd on hand had sulked their way out of Dr Pepper Arena at the end of the night. Instead, they left the arena with their spirits high.

And that's no small feat. 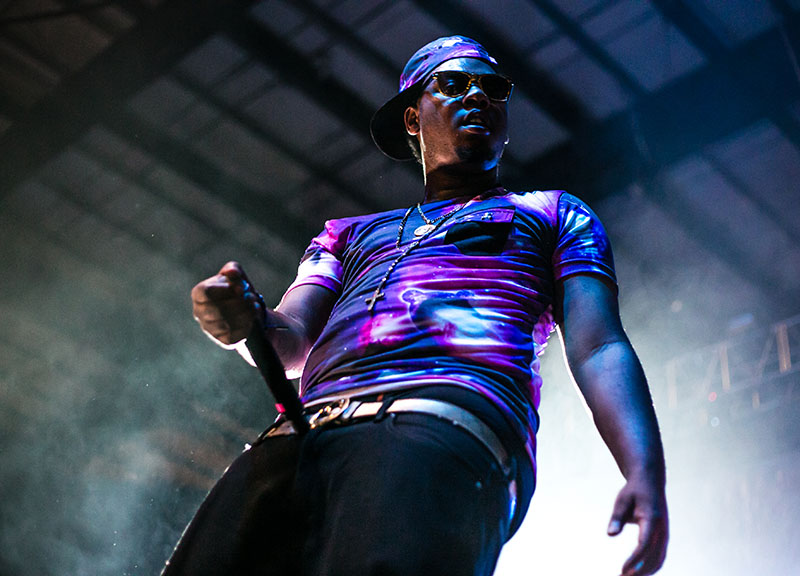 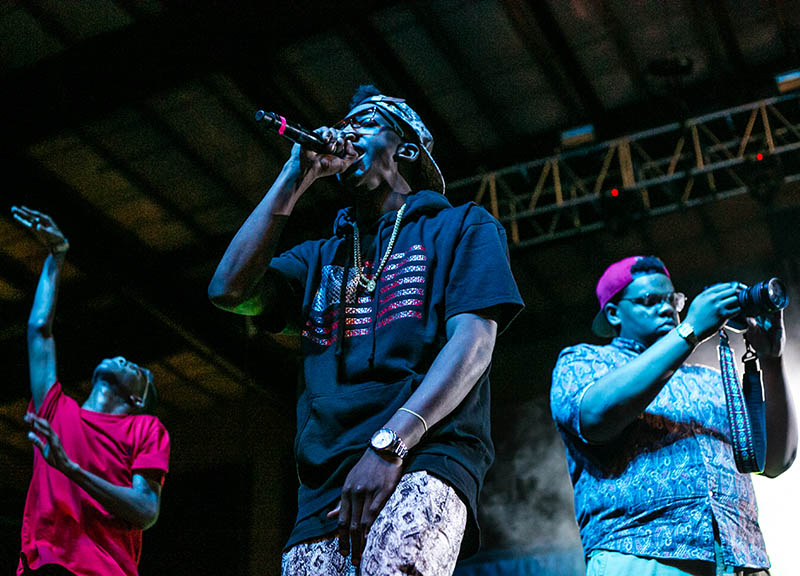 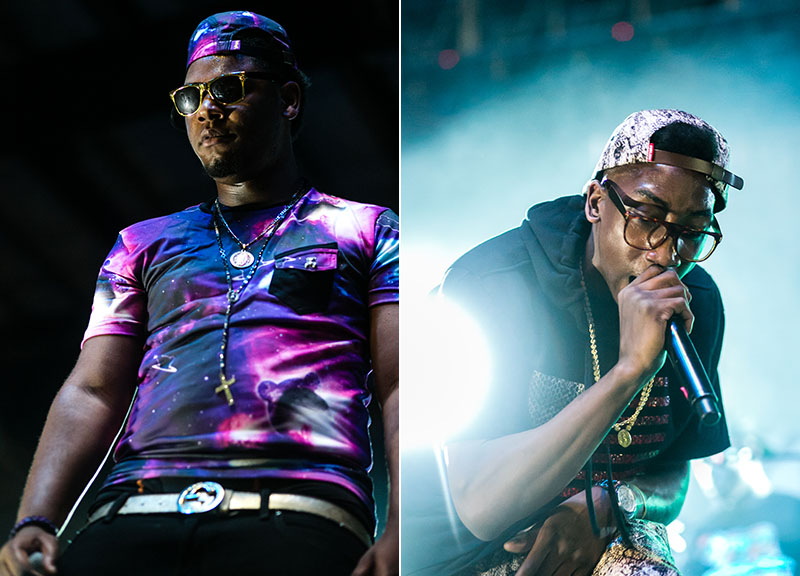 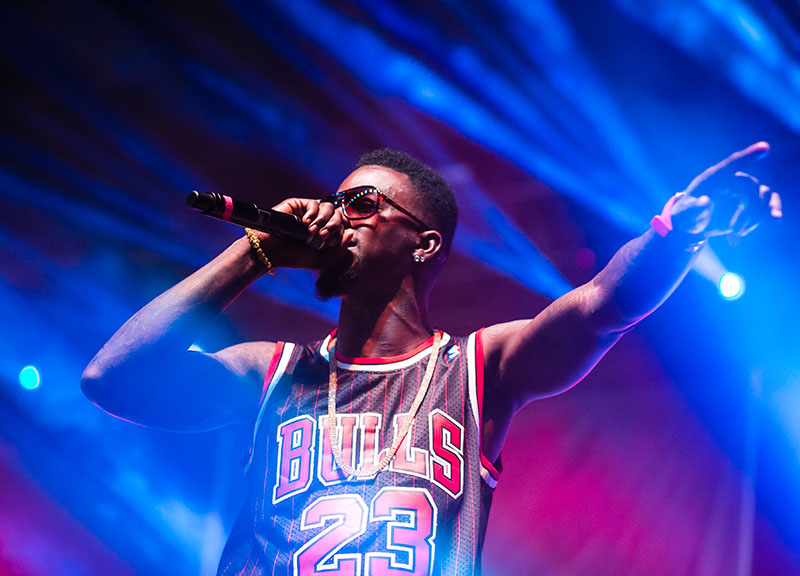 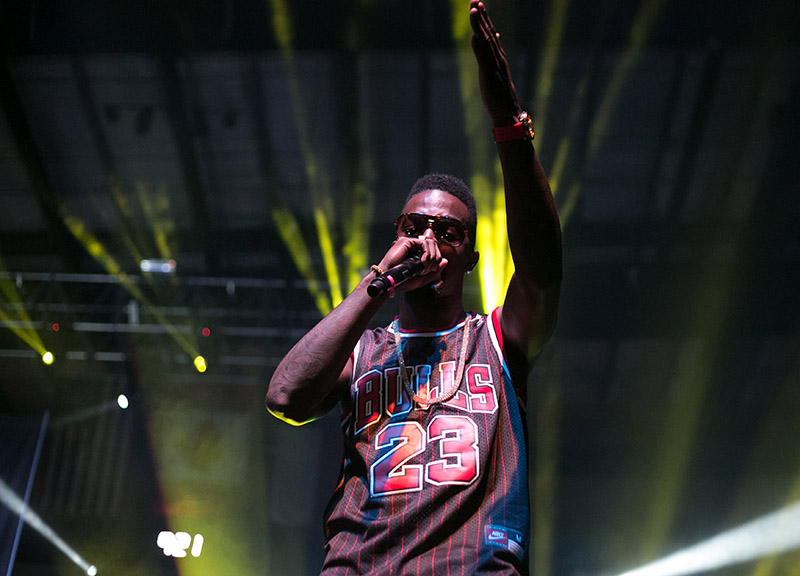 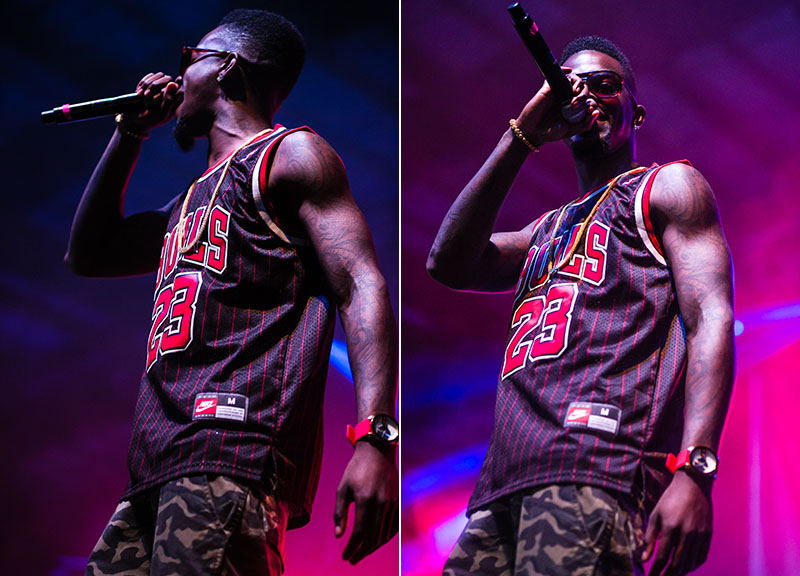 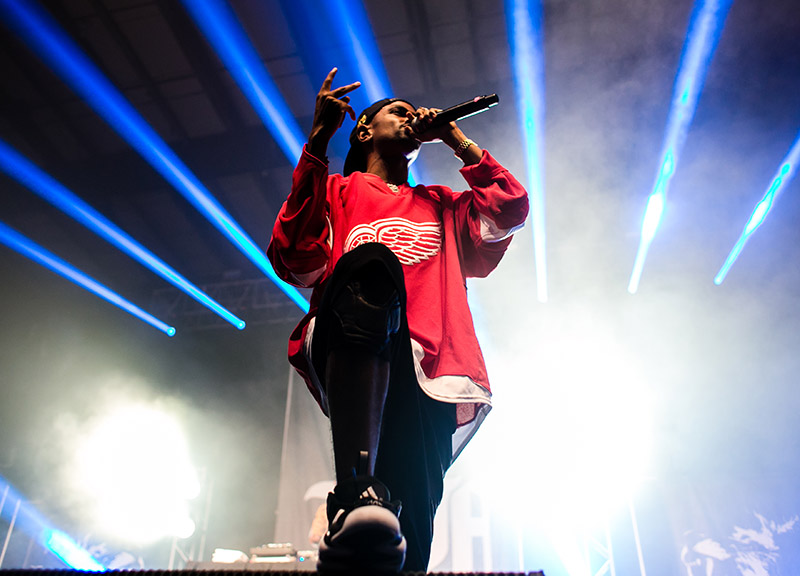 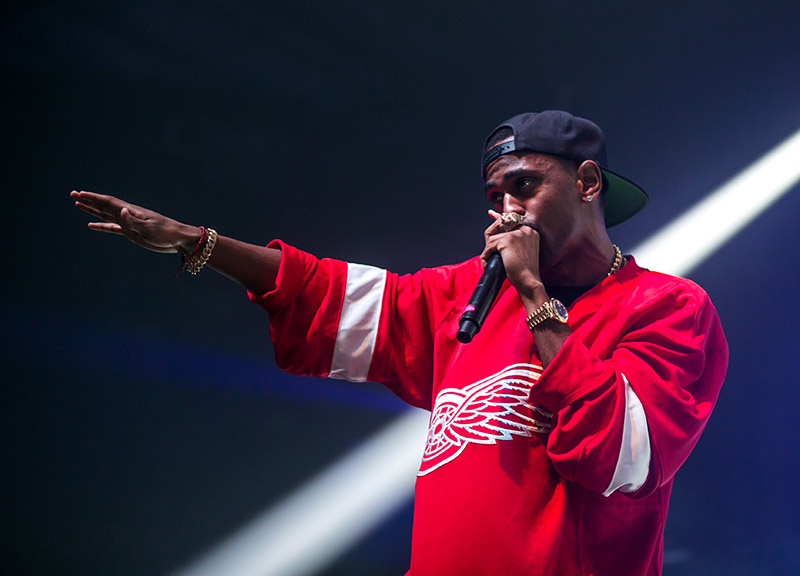 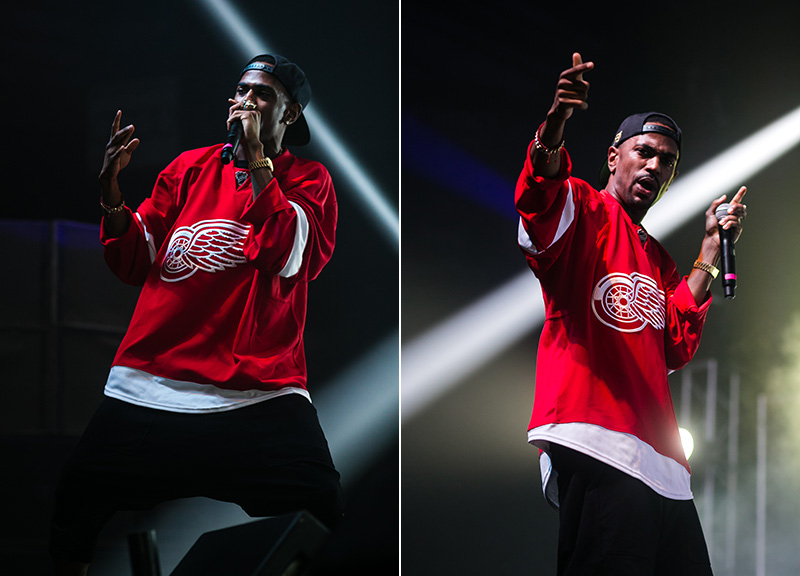 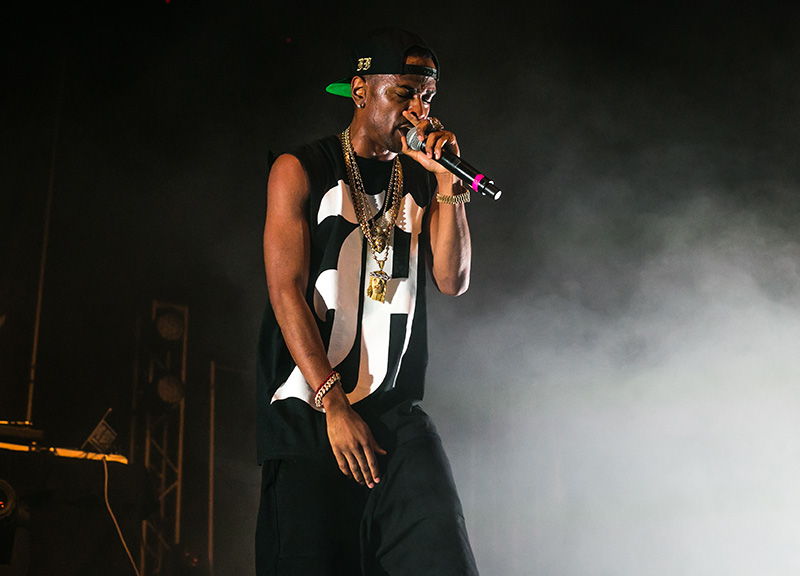 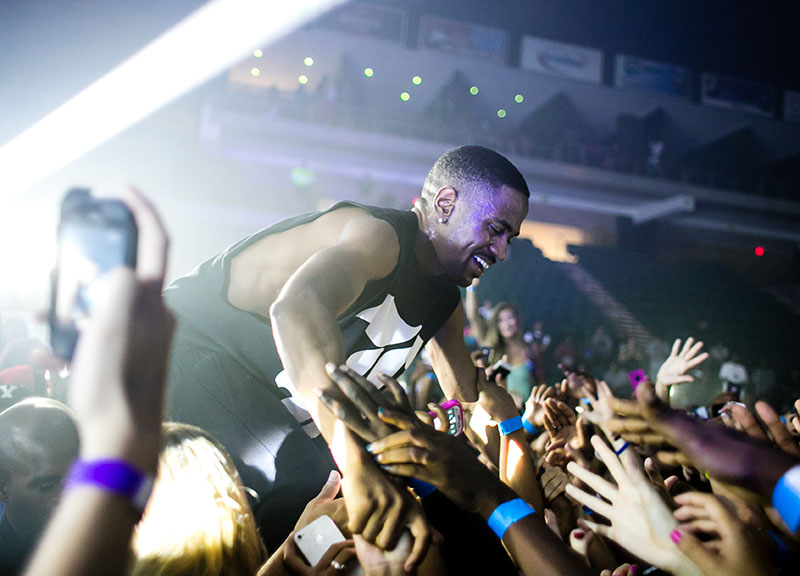 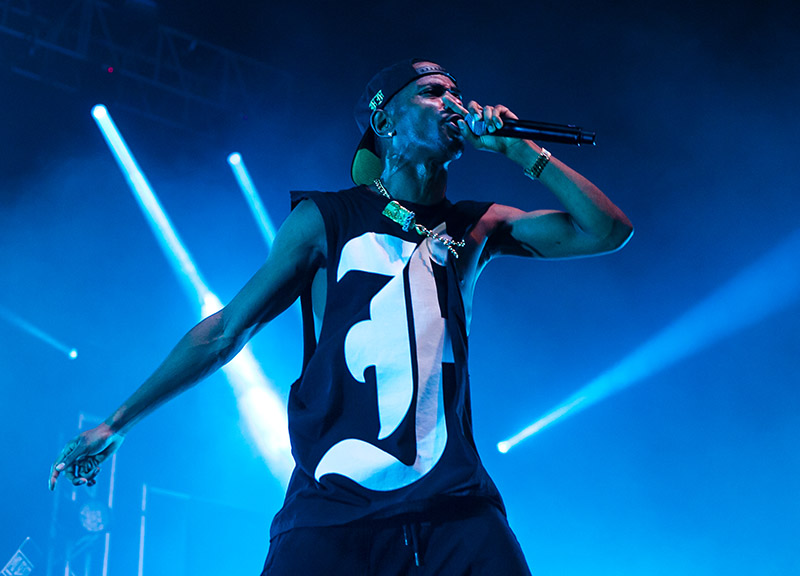 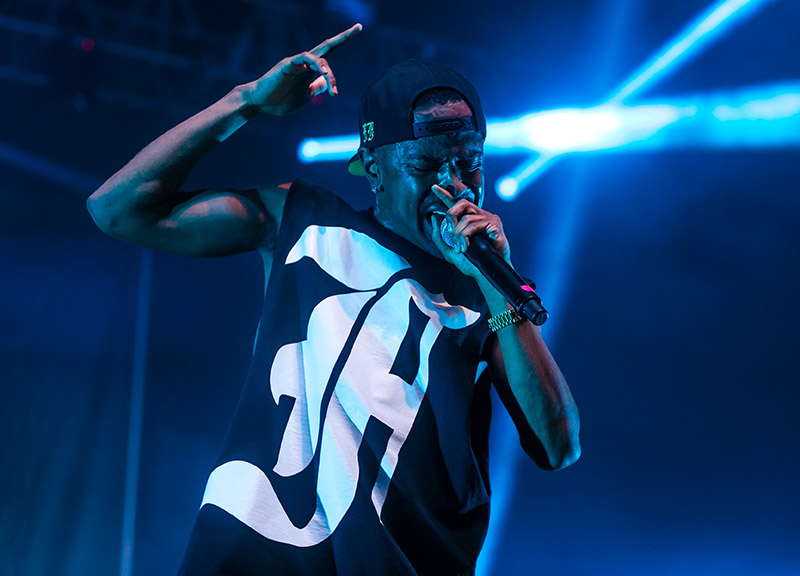