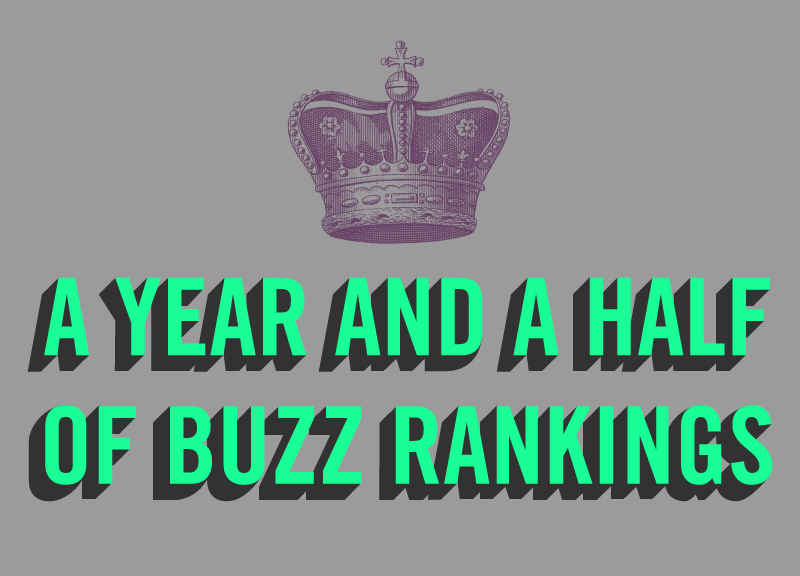 Looking Back At Our Initial 18 Months of Local Music Buzz Rankings.

[Editor's Note: Lest any of you are bored enough to try to compile your own stats and cross-check our work here, this look back at the first eighteen months of our Buzz Rankings feature reflects the results from our very first rankings on February 13, 2012 through the rankings from August 22, 2013.]

Since Day One (well, actually since Day Two if you really want to get down to brass tacks), an assortment of Central Track staffers have kept tabs on which local acts have been receiving the most press, playing the biggest shows, releasing new albums, and really just generating the most buzz for themselves in general on a week-to-week basis.

While we've been asked many times how these rankings are generated, let us assure you, there is some science to it. Let us peel back the curtain a bit in that regard: First, a selection of CT staffers each compile their own weighted lists of the top 30 most buzzing acts in town, based largely on the aforementioned criteria; 30 points are given to each staffer's top choice, 29 to their second and all the way down; and, finally, the lists are combined to come up with a master Buzz Rankings list each week.

For the purposes of this 18-month assessment, we went back and compiled a spreadsheet based on our first 80 weeks of rankings, assigning 31 points to each week's No. 1, all the way down to one point for each artists who at least received a vote that week.

Here's where it gets real: Through the first 80 weeks of Buzz Rankings, 716 different North Texas acts have received votes at least once. That's up from the 360 acts who had received votes when we last delved into these stats a year ago.

You may remember from that last list just how much A.Dd+ truly dominated the first six months of our Buzz Rankings. Since then, they've pushed their lead in overall Rankings dominance into a somewhat insurmountable territory. Using the formula above, A.Dd+ have earned 1,561 points in the past eighteen months. By comparison, Sarah Jaffe locked down the No. 2 spot with 1,320 points. From there, the numbers significantly drop off. For instance? The No. 10 artist in this Master Buzz Rankings list, DJ Sober, has a point total of 603. A more attainable goal for the remaining 700-plus acts in the master list might be to try and break into the overall Top 30. That No. 30 spot is currently held by Kelly Clarkson, who has earned a total of 346 points.

Really, though, that's just the tip of the proverbial iceberg as far as stats go.

Here, we've compiled a whole heap of stats, figures and trends from the initial 18 months of Buzz Rankings — and assembled some nice graphics to illustrate our findings. Check them out. Then start wondering what the next 18 months will bring. 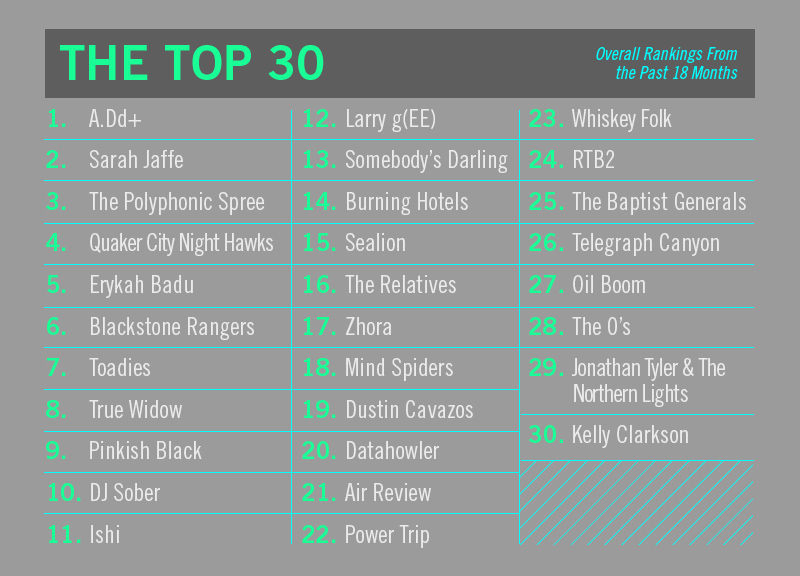 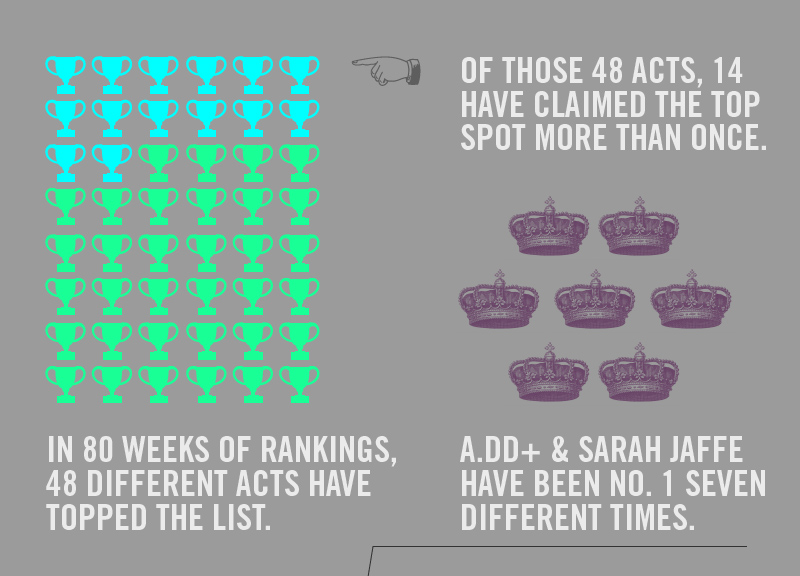 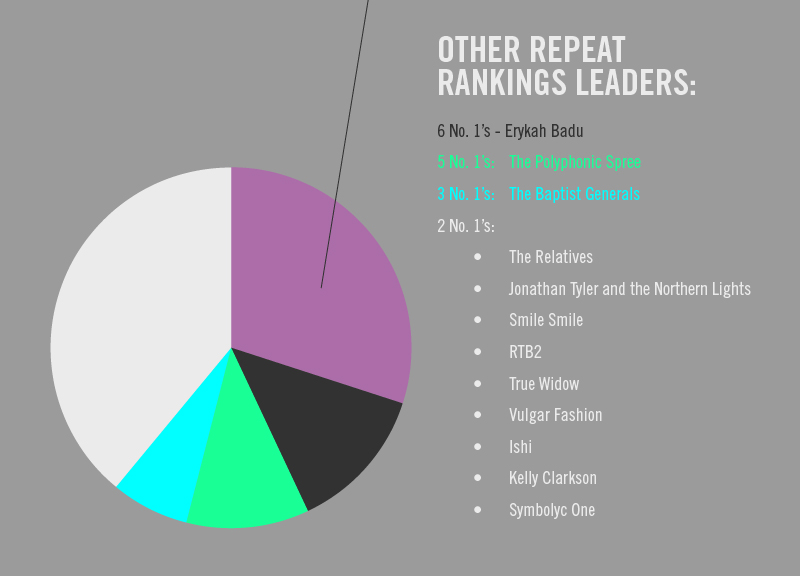 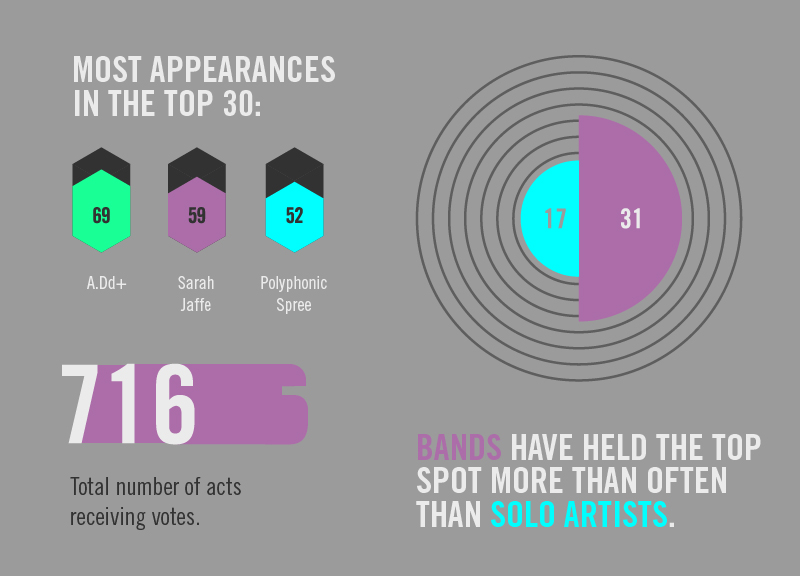 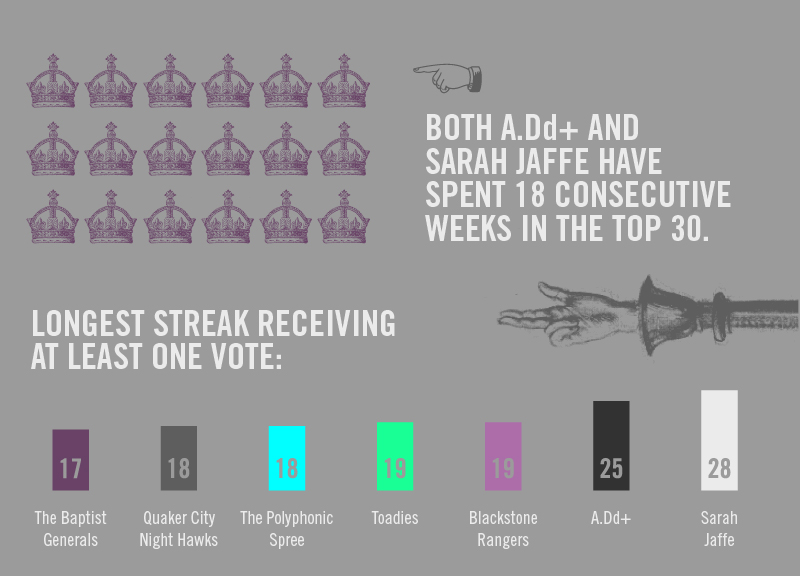 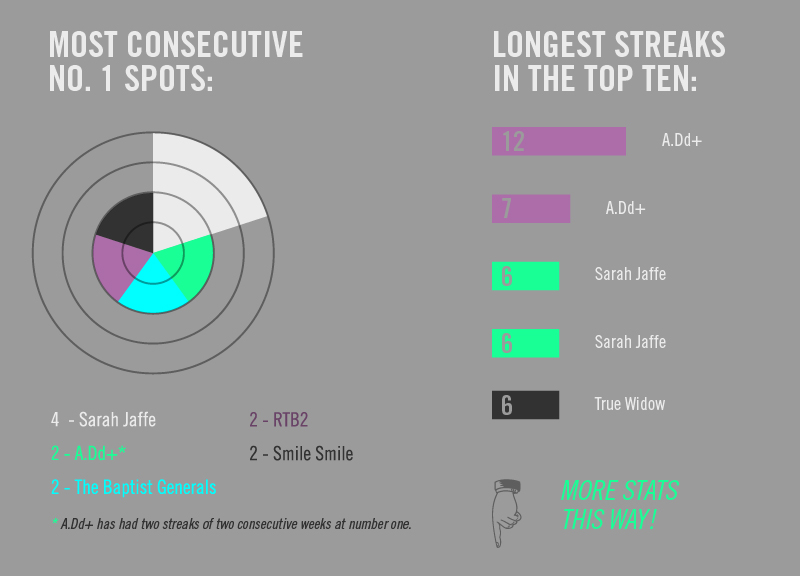 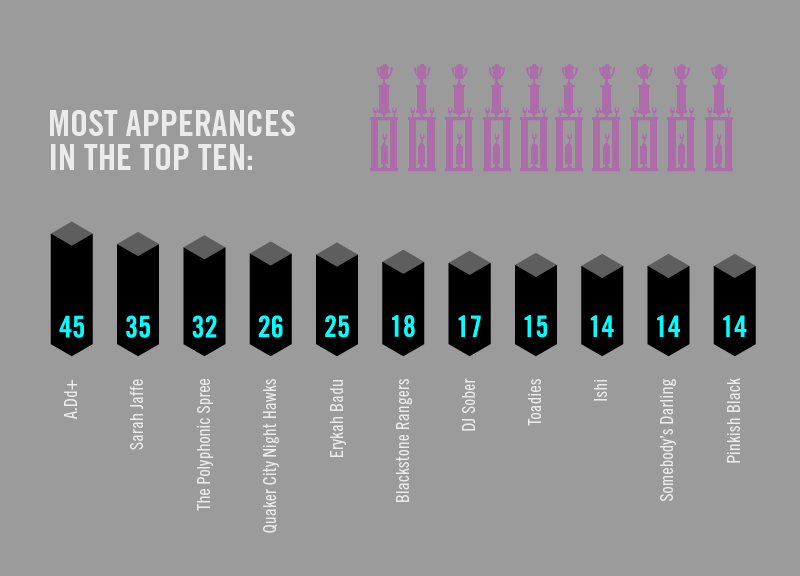 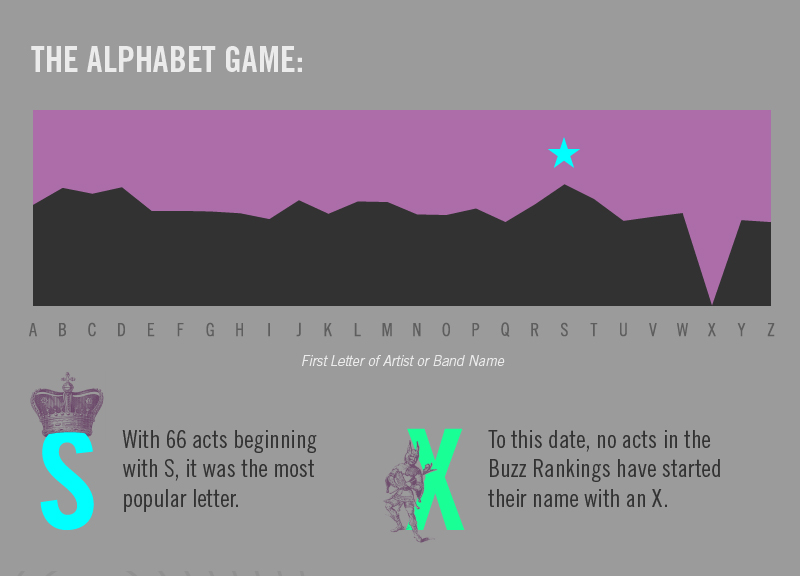