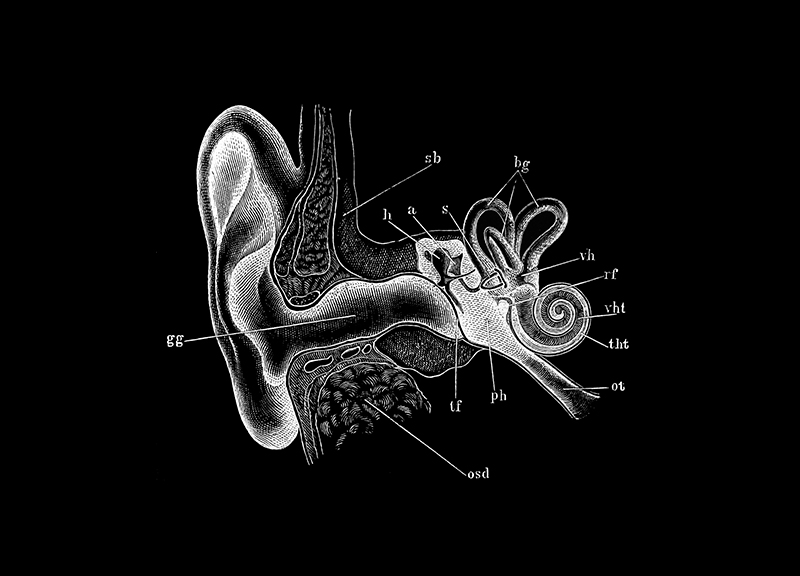 On Saturday at SOLUNA, Lecturers Will Discuss The Magical Healing Power of Music.

Why is it that it’s so much easier to remember the melody of the theme song for a cartoon we haven’t seen in two decades than, say, more important things like the details of that CPR class we once took? More of us than would probably like to admit it probably couldn’t remember our significant other’s phone numbers if they weren’t pre-programmed into our smartphones, either.

Brains are interesting things. And more and more of late, doctors have become committed to researching what exactly the fact that we can all still sing the lyrics to Pinky and the Brain says about us — and how we can tap into this power to do things like fight dementia, sleeplessness and memory loss.

More specifically, this phenomenon connecting music and neurology is the topic of this year’s “Music and The Brain: The Healing Power of Music” panel, which will be presented as part of this year’s SOLUNA International Music and Arts Festival this Saturday.

See Also: Pre-Game. // An Exclusive Look At Rehearsals For The Dallas-Debuting, Star-Studded “Rules of the Game” Performance.

As part of a partnership between the Dallas Symphony Association and UT Southwestern Medical Center, the panel will bring together four doctors (two of whom will also be performing musical pieces) to present emerging science lectures about music and how it effects the human brain.

This lecture series began when the DSO, its outgoing music director Jaap van Zweden and his wife Aaltje approached President Daniel Podolsky, M.D. of UT Southwestern with the idea. Having a son with autism of their own, the van Zwedens had a vested interest in the neurological research being done.

But while last year’s inaugural event was more about how music affects brain cognition and interpretation, this weekend’s program, says UT Southwestern neurologist Dr. Mark Goldberg, will be more about music’s capacity to heal the brain.

As pointed out by a recent article in Fast Company, the brain-music connection is a growing field of research. As laid out in the piece, a study conducted by Sonos, Apple Music and neuroscientist Daniel Levitin (who wrote the book This is Your Brain on Music) wired 30 homes with various devices for listening to music, as well as Nest cams to observe what happened when music was playing. Levitin and Goldberg seem to agree on two concepts: Music is a shared human experience, and it can be whittled down to the Darwinian purpose of animals making sounds to attract the opposite sex. Dr. Goldberg describes music as part of our “human social fabric” and “deeply innate,” while the outcomes from the Sonos/Levitin study uncovered that “people were 33 percent more likely to cook together and 85 percent more likely to invite people over” when music was playing.

Another researcher looking into the topic is Dr. Josef Parvizi, an associate professor of neurology and neurological sciences at Stanford University, who is among the four guests speaking at the “Music and the Brain” event on Saturday. Parvizi’s research has led to the invention of a device called the brain stethoscope, which tells us how our brain thinks in rhythms. In his “Hearing a Seizure’s Song” lecture, he’ll discuss the brain’s connection to health issues.

Agreeing with these findings is Dr. Indre Viskontas, who’ll also be a part of Saturday’s lectures. Her research suggests that all cultures can perceive rhythm. Or, as Charles Darwin himself once put it, “musical notes and rhythm were first acquired by the male and female progenitors of mankind for the sake of charming the opposite sex.”

Also on the docket for Saturday is Dr. Isabelle Peretz, whose research probes further to ask, “How Special is Musical Pleasure?” It’s a good question. If music isn’t meant to be rewarding or in the slightest bit anticipatory, then why do we listen? Pointing back to the Sonos/Levitin findings, participants felt 25 percent more inspired and experienced a 16 percent increase in positive feelings while listening to music — similar to effects one might feel on certain drugs.

Findings like these may support the research that has been done by another of this weekend’s speakers, Dr. Richard Kogan, on the relationship between psychosis and creativity. Dr. Kogan’s lecture will particularly focus on composer George Gershwin, who was well known to have clear-cut ADHD with impulsion and lack of discipline until he discovered music.

Goldberg, who admittedly has “no musical talent” but who has cared for people who have suffered from stroke, Alzheimer’s and Dementia, says he hopes that these speakers will open people’s eyes to a thought-provoking, interactive way of leveling music with healing powers. Witnessed first-hand how some of his patients have been able to sing songs but not speak opened his own beacon of light to questioning where the future of this research is going.

Will this field of study steer us on a path toward the therapeutic uses of music? Ultimately, could music play a role in curing diseases? Perhaps this weekend’s lecturers will postulate that we’re already a lot closer to these outcomes than we think.

“Music and the Brain: The Healing Power of Music” takes place Saturday, May 21 at Dallas City Performance Hall. Tickets are available here.