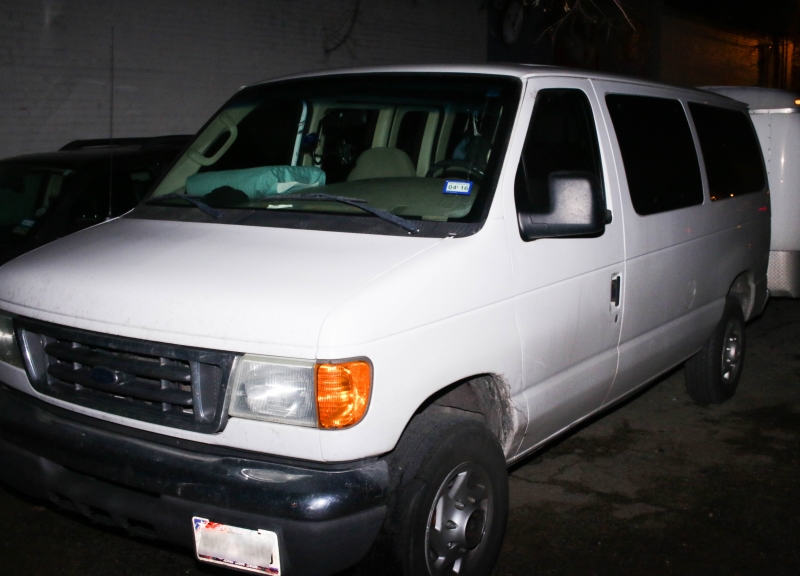 Like many other acts strewn across Austin, Broken Gold's membership is comprised of players from several other notable outfits. Chiefly among them Riverboat Gamblers guitarist Ian McDougall. Aside from sharing members, the melodic post-punk act also shares a van with the Gamblers whenever it gets a chance to actually go on the road itself.

Recently, the band wrapped up its second-ever tour with a show at Three Links, where we were able to catch up with McDougall and the Broken Gold tour machine. You can read that below, before they come back to town this weekend, this time with the rest of the Gamblers, which opens this Friday's Murder City Devils show at the Granada.

Are you guys on tour? What's happening with the band?
Ian McDougal (Guitar/ Vocals): “We're actually at the end of our first West Coast tour and we did one other run in 2014 where we went out East. That one was three weeks. This one was a little shorter, only eight shows. We left from Austin and went all the way — basically made our way up to San Francisco and then back. This is the last one actually, and then back to Austin.

I see you guys are in an E-350, the great American band van.
Ian: “I think this is a 2007. It was super, super basic when we got it. Gamblers' needed a van. We had one, and then our guitar player ended up selling that. Then we rented for a few years, and that was just a waste of money. Half of everything we made on tour went to the rental. We ended up getting another van and it was another E-350. But it was a total lemon. It actually broke down over and over and over again. There was one time, in particular, where it broke down a week and left us stranded — well, it broke down on a Thursday, and we were in Las Vegas, so it felt like a week. It was awful. But this thing, we got a couple years ago, and it's been great. We have these little loft beds made in the back, and when we pull the trailer — there's usually more people in here — but everybody gets to lay down and gets their own little space.”

Do you think trailers help or hinder things in most cases?
Ian: “It helps on the travel aspect, between shows, but it sucks having to maneuver when you actually get into a city, because, as you can see, in this parking lot, there's a gate back there. It's like threading a needle. Then finding parking in any major city is usually a huge pain in the ass. We've tried finding parking in New York City for five hours. It's happened and it sucks. But, luckily we've been super fucking lucky on this trip with the van and trailer, because we haven't really had to do anything crazy.”

Does it live up to that name? Do you find it's your savior?
Ian: “Oh, for sure. This thing's great. I love it. This van is awesome, because when we show up to small clubs — especially if we're pulling the trailer — and then we have a lot of space in here, when there's no green room, or place to get away, or if you want to take a nap, this is the place. It's got some trash, but we keep it fairly clean. It doesn't really ever smell, so it's a nice. I like this van a whole lot.”

How did it come into your possession?
Ian: “Ah, we just found it in Austin. We just went shopping for vans one day, and this was the best deal. It's shorter than what we wanted. We wanted one with one extra bench seat.”

Aside from the bed-like seats what else have you done to really make it yours?
Ian: “For a while, we had this crazy little stereo system thing that needed a switch. We had a switch put in down here, but other than that we just changed out the stereo. It's made it a lot better. There for a while we didn't have a way to play music in here, which was pretty annoying. But yeah, other than that, it was like a pretty insane steel and welding job that our other guitar player in Gamblers, Fadi [El-Assad] did, by making those benches. They're super comfortable. There's actually a bunk below as well. So if you just want to just crash out in the dark, it's like a time travel bubble.

Is there anything else you'd like to tell us about the van?
Ian: “It's just that's been a trusty van. It's been great especially as it's helped with both bands because Broken Gold just put a record out and it's just one less thing we have to worry about. It's great. It's awesome.” 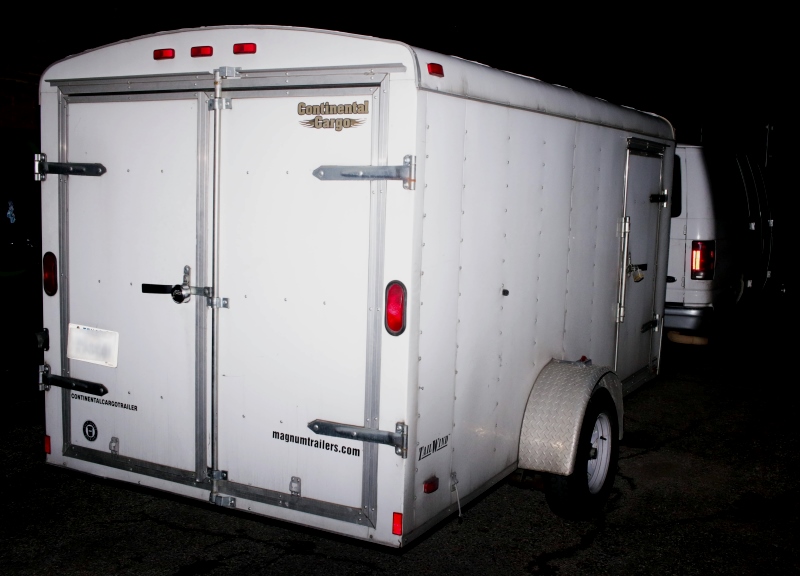 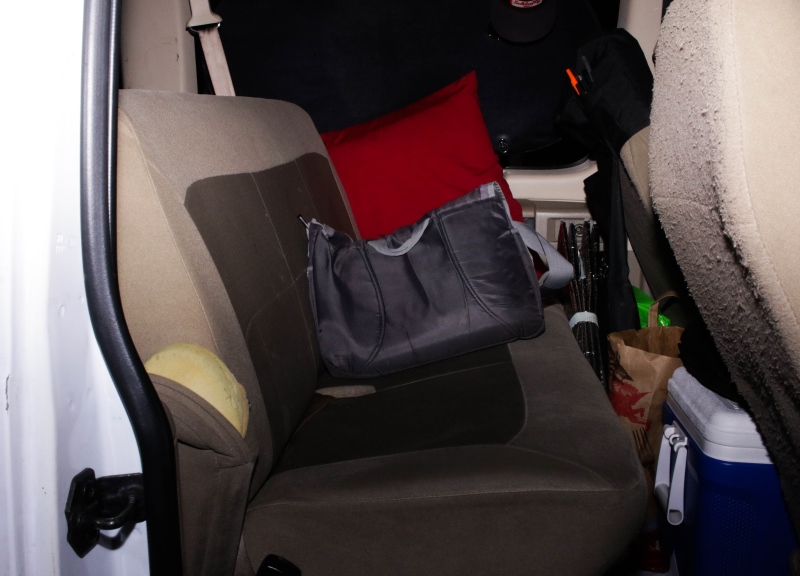 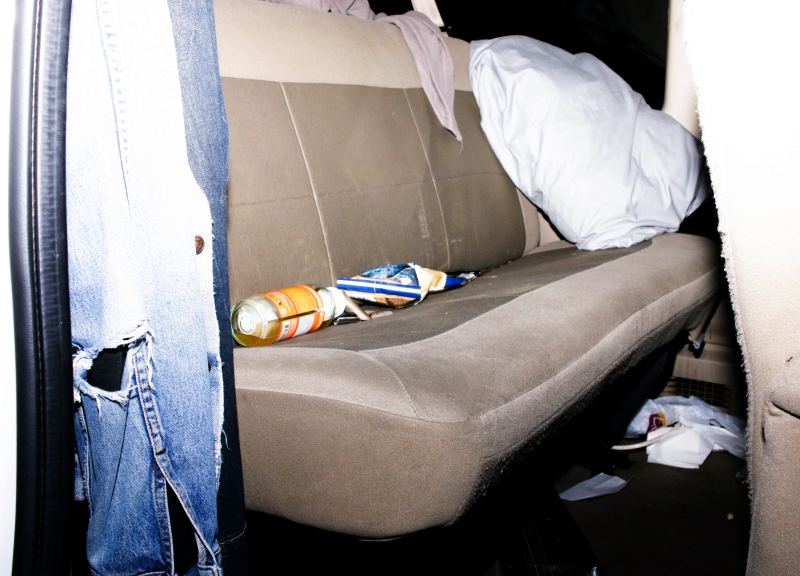 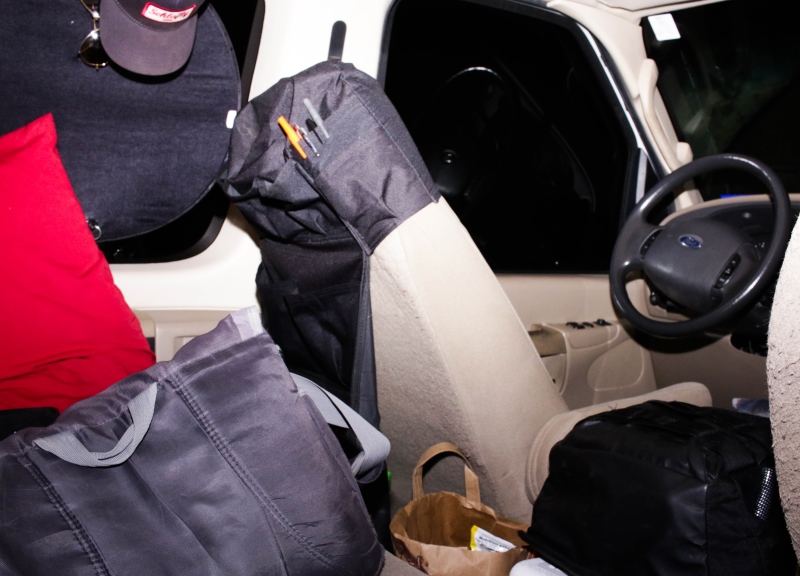 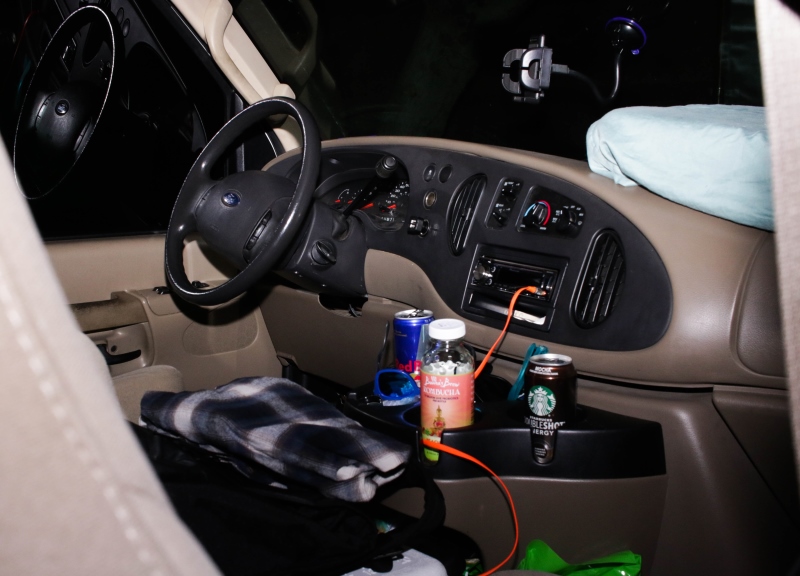 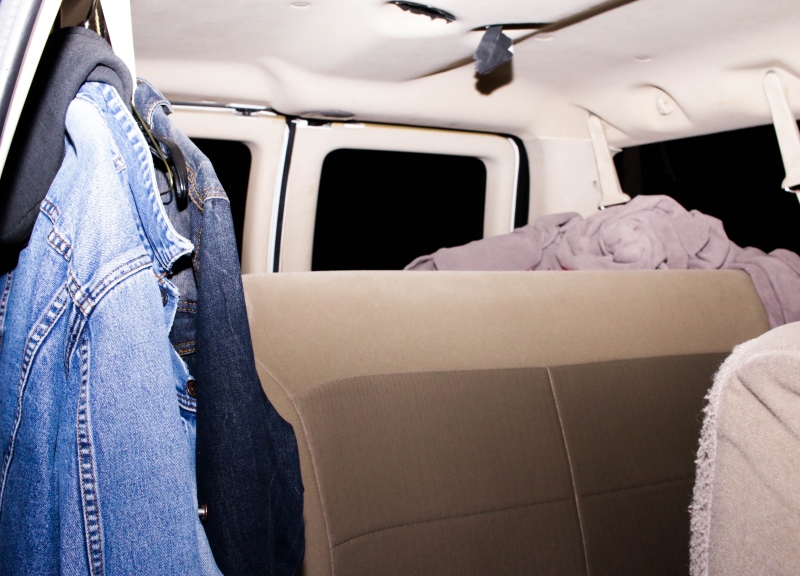 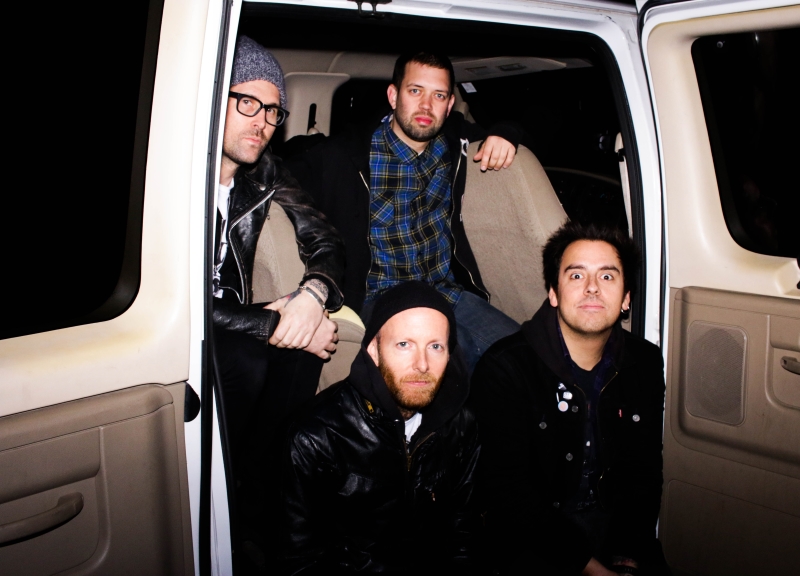