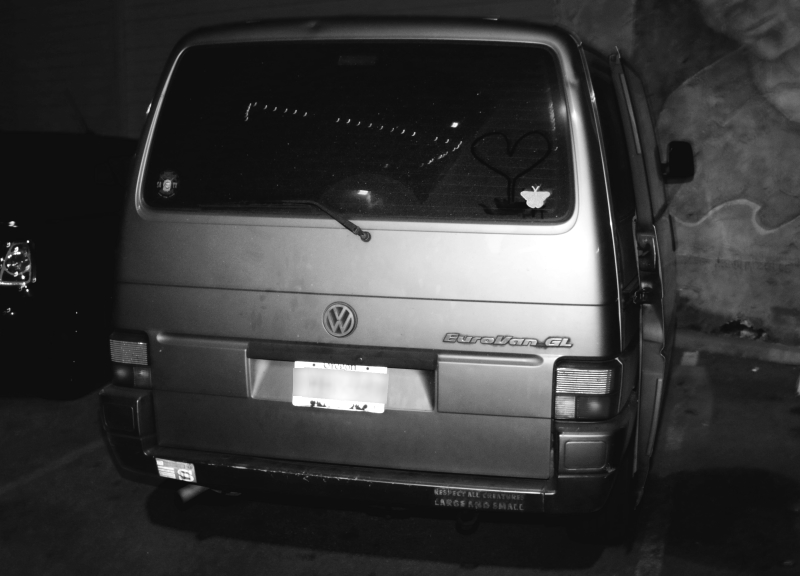 Pyschomagic's Volkswagen Is A Rocket Van.

Not to be confused with the Alejandro Jodorowsky book of the same name is the group of Portland-based mutant rock 'n' roll freaks known as Psychomagic. In the past two years, the outfit's seen plenty of changes to its tour habits and the size of stages it plays.

And just last weekend, Dallasites saw that firsthand as the Lolipop Records-signed act opened Parade of Flesh's annual Chrismukkah concert at Dada. Thanks in no small part to Psychomagic's efforts, that one turned out to be quite the party.

While keeping a watchful eye out for Sealion to begin its set, the band was kind enough to gush to us about the space age, fungus-covered road machine that'll be the band's home this winter.

Can you tell me what we're in right now?
Scott Page (Bass): “We're in a van down by the river.”
Anthony Brisson (Drums): “We're in Elton Von.”

What can you tell me about Elton Von?
Anthony: “It's a beautiful van. She's cozy.”
Eddie: “It's a 2220 spaceship made by United Front Airlines. It was constructed out of a titanium alloy that actually hasn't been invented yet.”
Steven: “Eggshells!”
Eddie: “But we have this special connection with some people from not this planet so they actually helped us construct it.”
Scott: “It's made by time-travelling inter-dimensional creatures.”
Steven: “We haven't taken shrooms yet, have we?”

Someone mentioned earlier that you guys had two vans.
Steven: “We did have two vans. Now it's more of Anthony's.”
Anthony: “I got an '87 Toyota Van Wagon.”
Scott: “Particularly badass.”
Anthony: “Equally badass but…”
Steven: “You drive [sitting] over the front tire. Like your ass is hanging.”
Anthony: “The engine is actually a bottom-mount so you're sitting over the engine and it's a Y2E so it's the Toyota forklift engine that is in all the current forklift's still being produced.”
Steven: “It drives like a forklift.”
Anthony: “So it has too many miles on it, and it's not big enough.”
Steven: “We'd fit five dudes and all our gear in there.”
Scott: “It was crazy.”
Eddie: “Yeah, that was our first tour.”
Anthony: “Yeah we did go on one tour and that was, I mean the first five days was deciding that we should get a bigger van.”
Steven: “It was two tours right? We did the Pacific Northwest one.”
Eddie: “Oh, we did that one in my Escort.”
Steven: “Oh shit!”
Eddie: “Remember that. We crammed all that shit in a tiny ass Ford station wagon.”
Steven: “Yeah, because something broke down that day.”
Eddie: “I don't know what happened.”
Steven: “Something broke down that day.”
Scott: “That was when it snowed.”
Anthony: “That's when Nick Miller's…”
Eddie: “Girlfriend's Jeep wasn't working.”
Scott: “Yeah we were gonna take a Jeep.”

You guys were gonna tour in a jeep?
Eddie: “Well yeah, it was what we had.”
Scott: “It was snowing.”
Steven: “Everyone was so scared.”
Scott: “Like, 'Oh, let's take a jeep, it's a snow vehicle.'”
Eddie: “Yeah, when it snows in Portland people freak out. All reason goes out the window.”

So, how did you acquire this van?
Scott: “Craigslist. From a nice lady.”
Eddie: “Did we get it from that one person? What was that band she played with? I can't remember.”
Steven: “It was from an old lady. It's was from a family and this was their vacation hog.”
Scott: “It was cool. They were a nice hippy family.”

In the time y'all have had it, anything break down or weird happen to it yet?
Scott: “The clutch went out in L.A.”
Eddie: “The clutch went out in L.A. on our first SXSW trip.”
Steven: “And we missed our first show ever. We never miss a show until that one. We missed that one. And then…”
Eddie: “We had to miss our show in El Paso or no. In Tempe.”
Steven: “Yeah, Tempe. And we had to drive from L.A. to El Paso in one day and it took us 18 hours. We got there with 20 minutes left before the bar closed. We jumped, literally jumped out of the van and jumped on stage. People threw our instruments in our hands and we just started playing. It was pretty crazy. It was the Lolipop tour. We were in constant contact with Daniel and Wyatt and they were like, 'You're not gonna make it, we're just gonna cancel.' We're gonna make it. We're gonna make it. And then we forgot there was a time change and we lost another hour. I don't think we're gonna make it.”
Eddie: “It's been a reoccurring theme in our lives.”
Steven: “Gonna make it. Gonna make it.”

So, the clutch has gone out, anything else?
Anthony: “Yeah, several tires burst.”
Steven: “Oh yeah, the first 30 minutes of our first national tour, the right rear tire just blew out.”
Anthony: “We had to fill them up. Everything was way too low.”
Steven: “Then were like, 'Uh oh, this is not possible. We're just going to be blowing tires.'”
Eddie: :It's a learning process. We're all learning.”
Scott: “That was only like the real vehicular hang up of that tour. It started out bad and we thought it was all going to be shitty. But it turned out to be great.”

Have you done any modifications to the van? Made any improvements?
Scott: “We took out a seat.”
Anthony: “Yeah there used to be a middle seat. I blew the speakers, so we just replaced them all with the wrong size. But they still work and actually sound a lot better than before. They were blown so bad.”
Scott: “It was like middle cone of the speaker and the rest had just disintegrated. It was amazing it produced any kind of noise.”
Anthony: “It sounded like that Kinks song 24/7.” (Hums “You Really Got Me”)

Is there anything else you want to tell us about the van?
Scott: “We need a bigger one.”
Eddie: “Yeah, if anybody wants to chip in, you know, like $20,000 to Psychomagic, feel free to do so. [email protected]”
Scott: “We need a 15-passenger van because we plan on adding a bunch of people to this band.”
Steven: “We need LED screen TVs.”
Eddie: “I need to play Xbox on the road.”
Scott: “Yeah, we need to play Xbox and Playstation.”
Eddie: “And a hot tub.”
Scott: “A TV/VCR, microwave, refrigerator.”
Steven: “Easy-Bake Oven.”
Eddie: “Preferably. A little grow room. That'd be nice.”
Scott: “That would be nice. We have little mushrooms growing under the seat.”
Steven: “That's unintentional.” 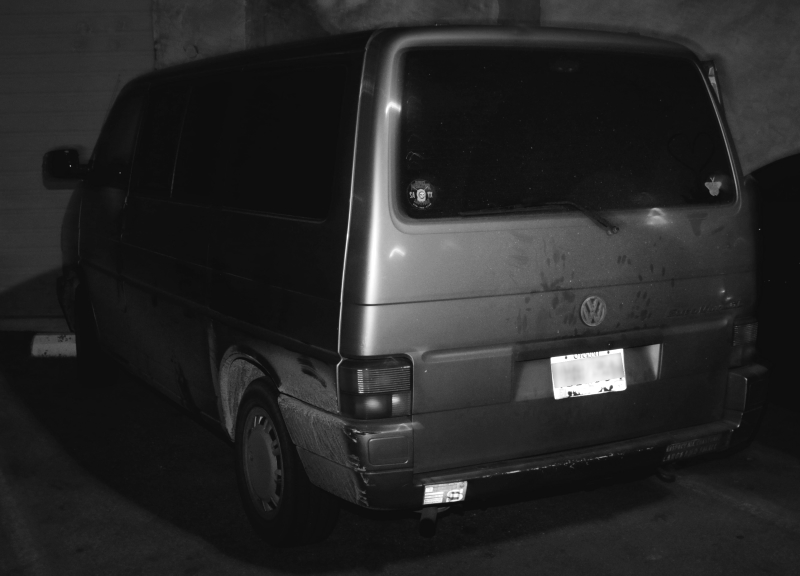 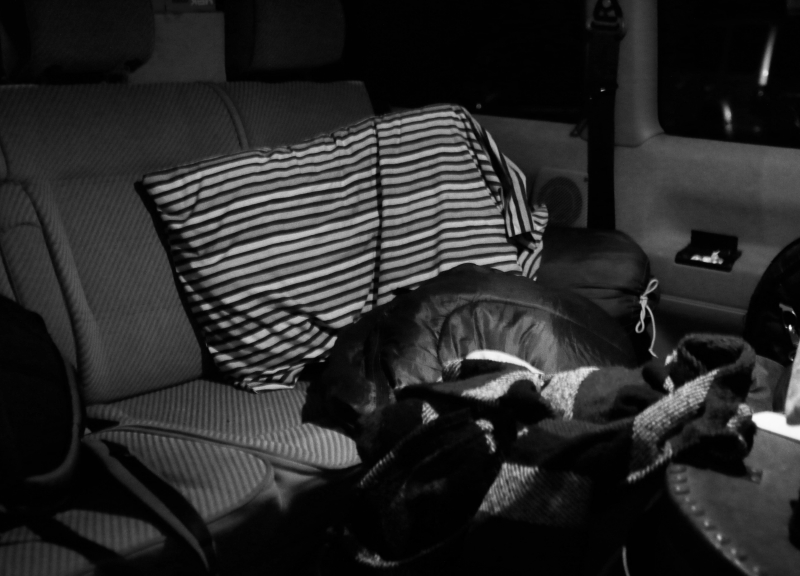 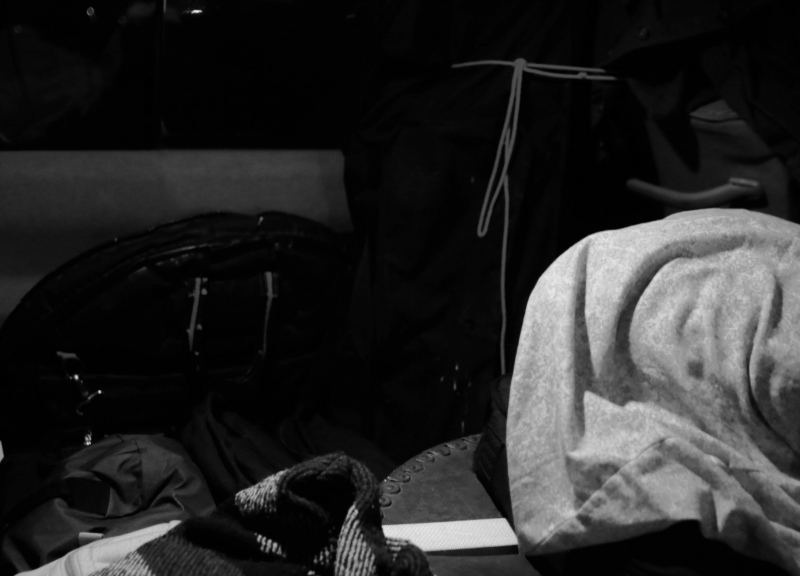 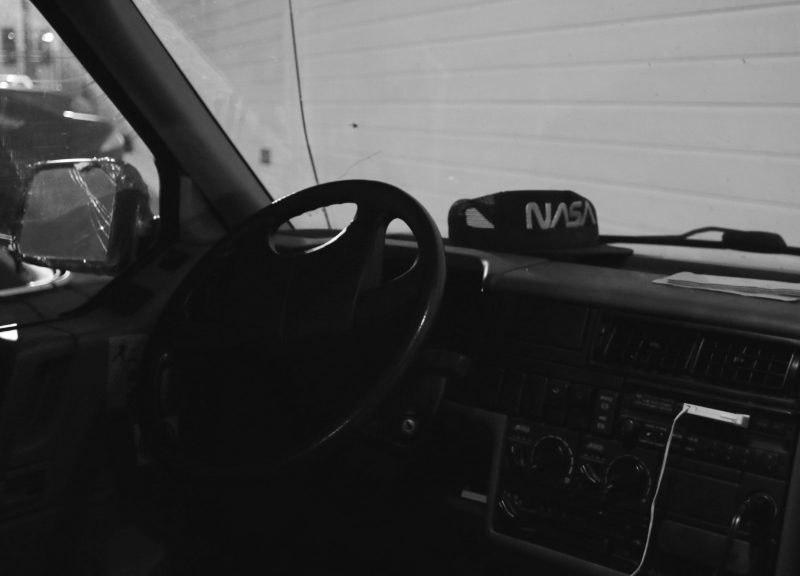 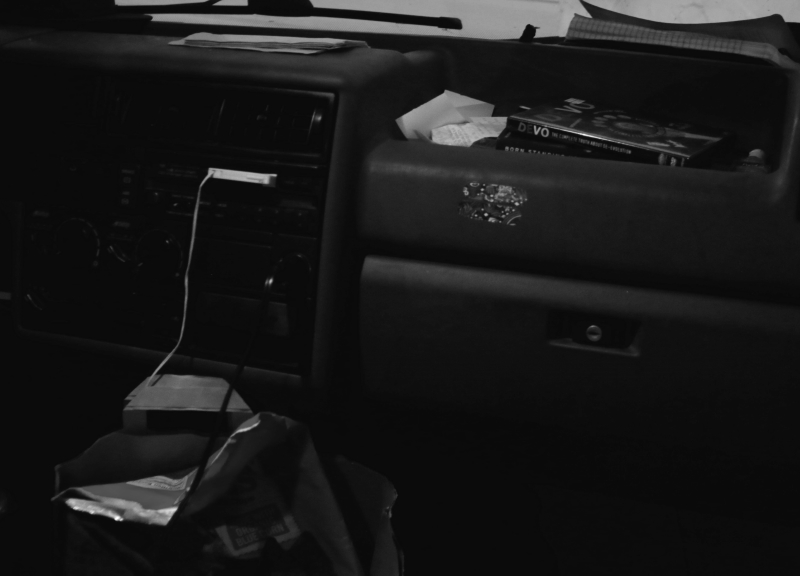 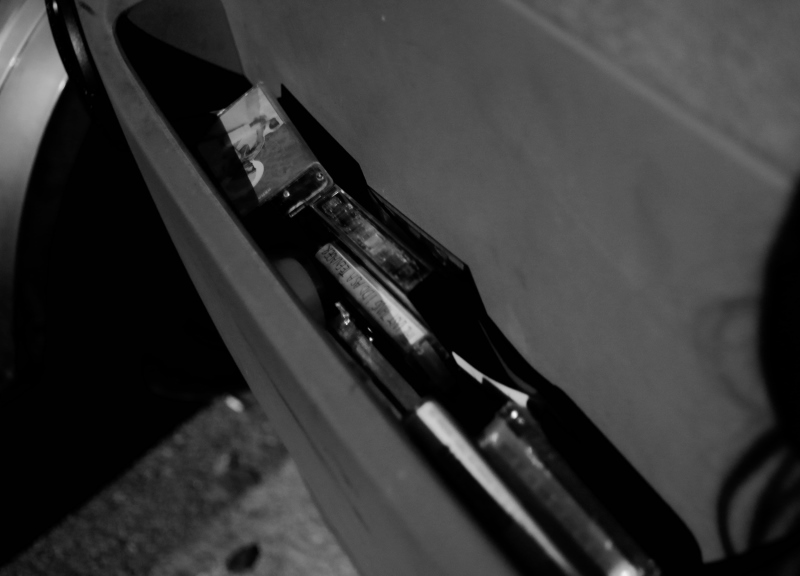 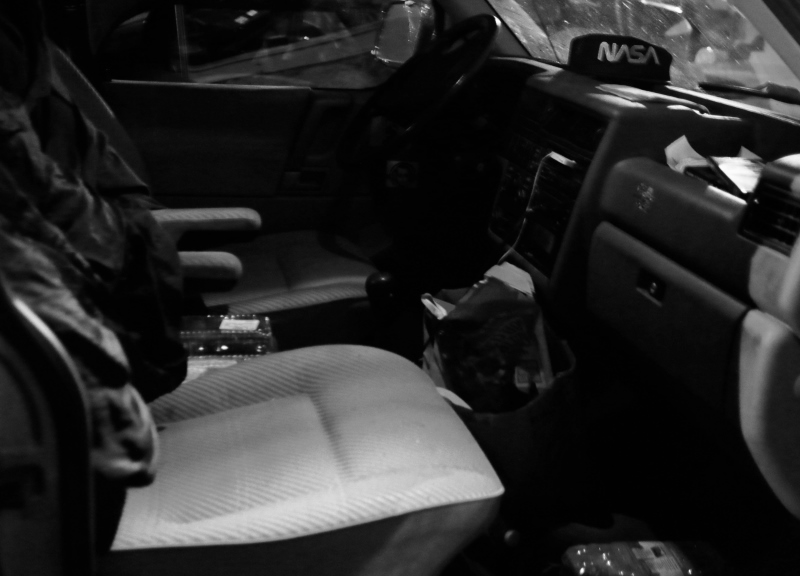 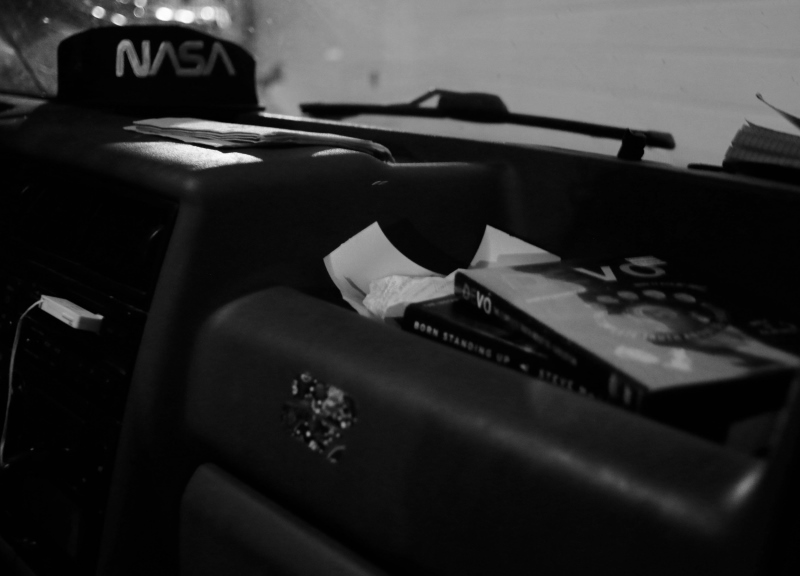 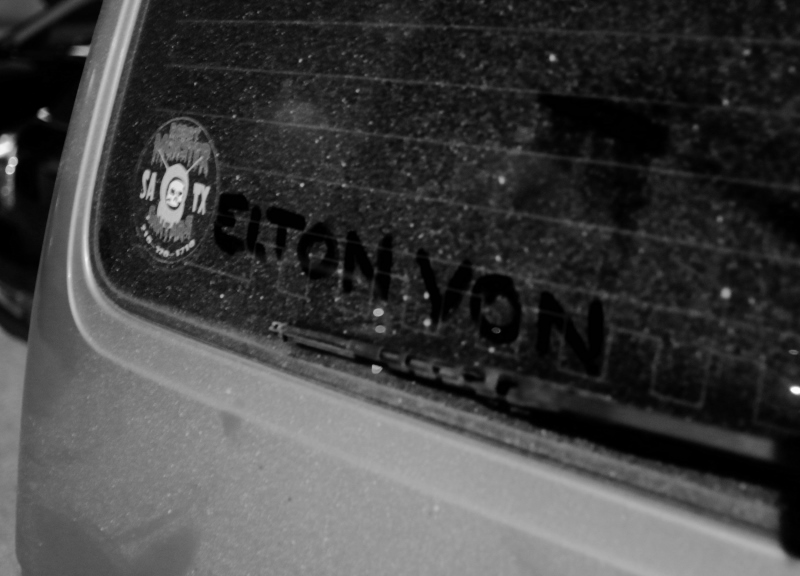 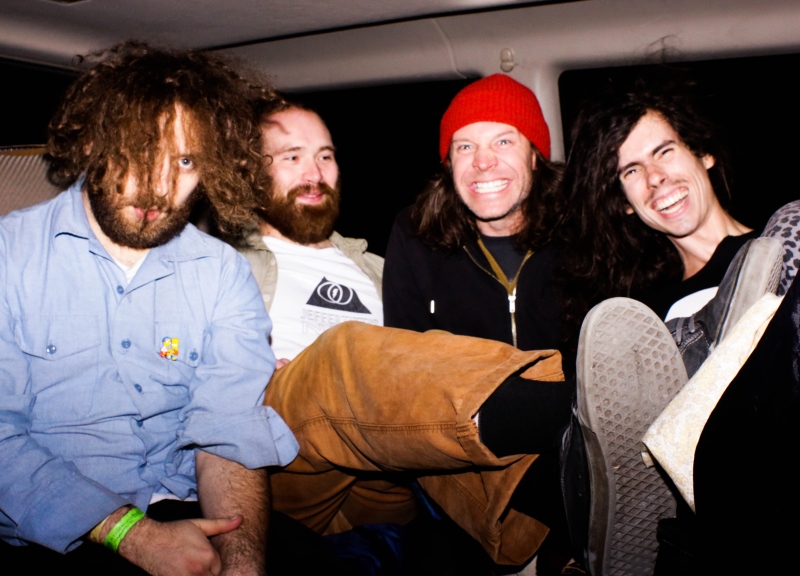