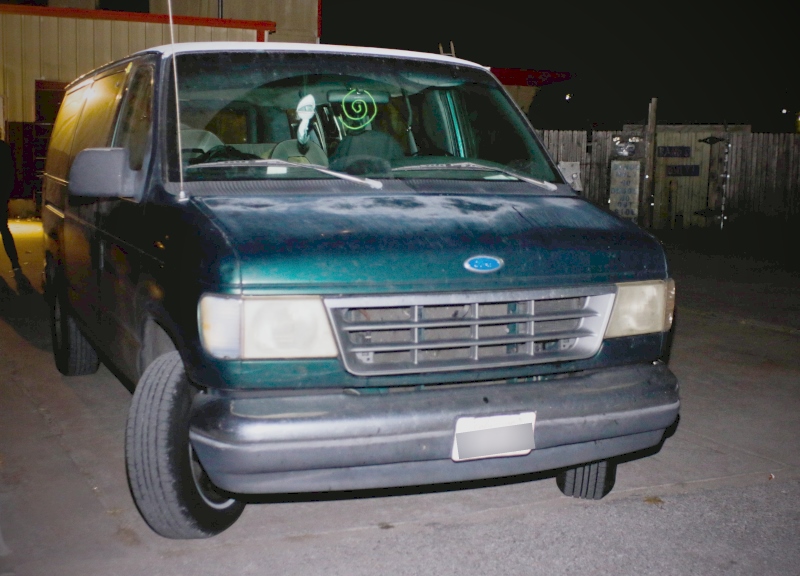 Just About Everything In Froth's Van Has Broken — Except For The TV.

During the course of its career, the Los Angeles-based Froth has evolved from a surfy garage outfit to a sort of sophisticated, shoegazey pop band. When not collectively operating the Silverlake label Lolipop Records — a venture co-owned by Froth's Jeremy Katz and two members of Mr. Elevator & the Brain Hotel — The band's members frequently tour the West Coast. The weeks following the release of Froth's sophomore LP, Bleak, have seen the band expanding outward, though, with gigs here in North Texas and even in Europe.

But, for all of its travels, Froth still finds itself in a van with quite a few quirks. When we caught up with the band during its late-October stop at Rubber Gloves in Denton, its members told us all about their idiosyncratic ride — a vehicle that doesn't like to make right turns in the rain and that relies on its door locks to operate the radio.

Let's find out some more.

Do you guys have a name for your Club Wagon?
Jeremy Katz (Bass): “No, we don't. I wish we did. Piece of Shit? We've put some money into this van. Always fixing it. It always has these weird electrical problems. The only door that opens from the outside is the passenger door. It has all these weird electrical problems. The speakers cut out and you have to hit the unlock button to make them come back on — or smash the dashboard really hard. That works sometimes.”
Joo-Joo Ashworth (Guitar/ Vocals): “Radiator problems, too.”
Jeremy: “Yeah, the radiator broke. The ignition broke one time. So, yeah, y'know, all kinds of stuff.”

How'd you acquire Mr. Piece of Shit?
Joo-Joo: “We just pulled together some [cash] and bought it a few years ago.”
Jeremy: “Jeff, our old bandmate, found it in his neighborhood in El Segundo, like right near his mom's house, and saw it was for sale. So it was pretty cheap.”

Do you know who had it before you and what they were like?
Jeremy: “The guy bought it to take his kids surfing. And, y'know, his kids grew up.”

In the time you've had it, have you guys done anything special to it?
Joo- Joo: “We put this shelf in for our guitars. That's about it.” Jeremy: “We rigged this lock up so we can open it from the inside.”
Joo-Joo: “It came with a TV inside. We watch DVDs on tour.”

What kind of movies do you guys like to watch on tour?
Joo-Joo: “Pretty much whatever.”
Jeremy: “We were watching The Office last night.”
Joo-Joo: “It's a good one to sleep to. Just a bunchy of shitty '80s movies.”
Jeremy: “Walk Hard was in there for a while.”
Joo-Joo: “Just whatever we can find at thrift stores for a dollar.”
Jeremy: “What's that one Wes Anderson movie we always watch? Oh, The Royal Tenenbaums. Oh, and Harry Potter one time.”
Joo-Joo: “The next one is No Country For Old Men.
Jeremy: “It's the only thing that works in this van.”

Not even the stereo?
Jeremy: “No, no. It's built into the stereo.”

Has anything weird ever happen to the van?
Joo-Joo: “One time, on the way to Atlanta, our van broke down and we had to get it towed like a thousand miles to Atlanta. But it ended up being free because somebody had AAA Plus. Jeff had AAA Plus. Then the bartender at the club had a buddy that worked on cars, and he got it up and running. We bought a radiator, changed it out, and had it up and running at like noon the next day.”
Jeremy: “His name was Cousin Dan. And he had T-shirts made of himself for some reason. Also, lately, it's been doing this thing where you'll just be driving on the freeway and it'll completely shut off and die, and then 20 minutes later it'll just start and then it won't happen for weeks again. It just happened two weeks ago and we brought it to a mechanic, and they couldn't find anything wrong with it. So it could happen. We just know to wait a little while, and it'll turn back on and be fine.”

Anything else you'd like to tell us about your van?
Jeremy: “We used to have to take the license plate off to open the door. Every time. But that's fixed.”
Cameron Allen (Drums): “How about the dent in the roof?”
Jeremy: “Oh yeah, there's a huge dent in the roof from… I think it was at Burgerama? There was a bunch of people hanging out on top of the van. So if it rains, when you start up the car with your windows down, and you make a right turn, all this water dumps into the van. Yeah, we gotta keep the windows closed.”
Joo-Joo: “Oh, and we've never been pulled over!”
Jeremy: “Seriously?”
Joo-Joo: “Yeah.”
Jeremy: “Never? We're probably going to get pulled over tomorrow now.” 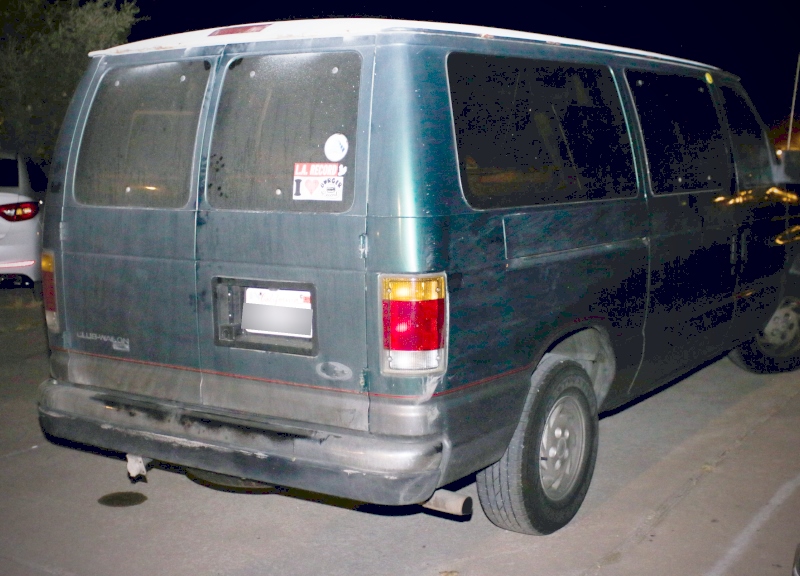 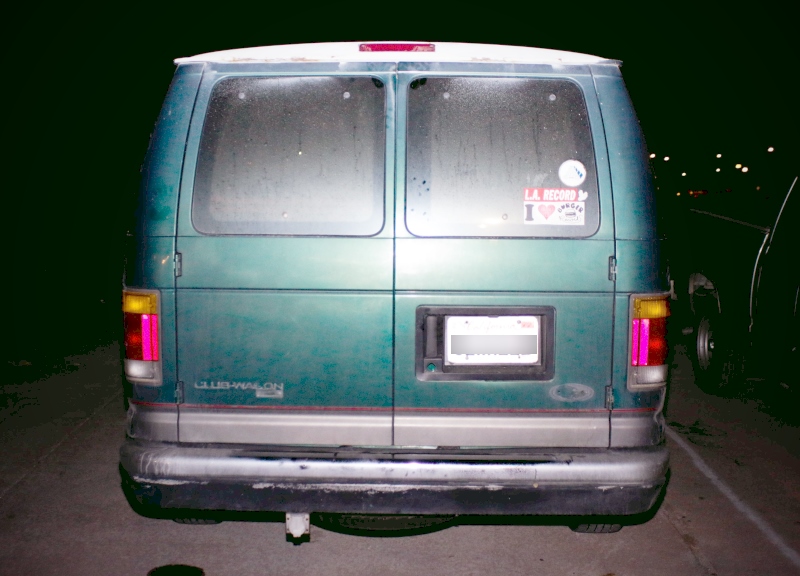 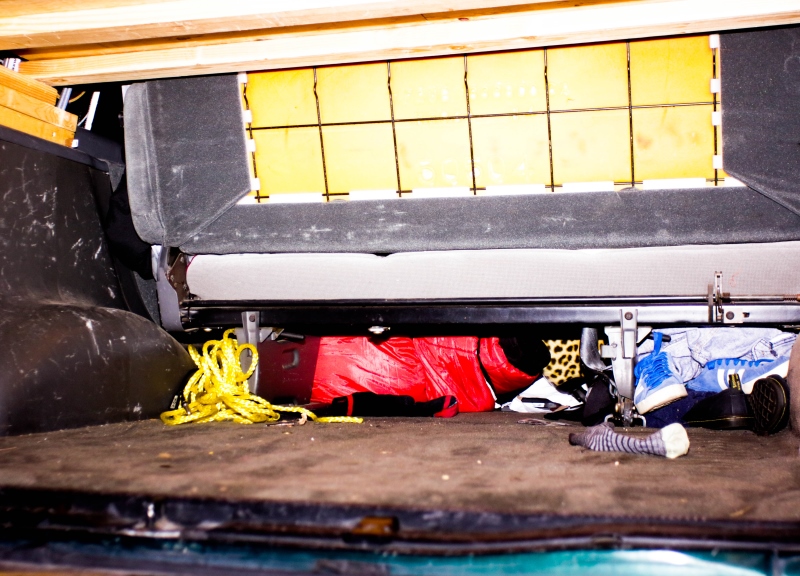 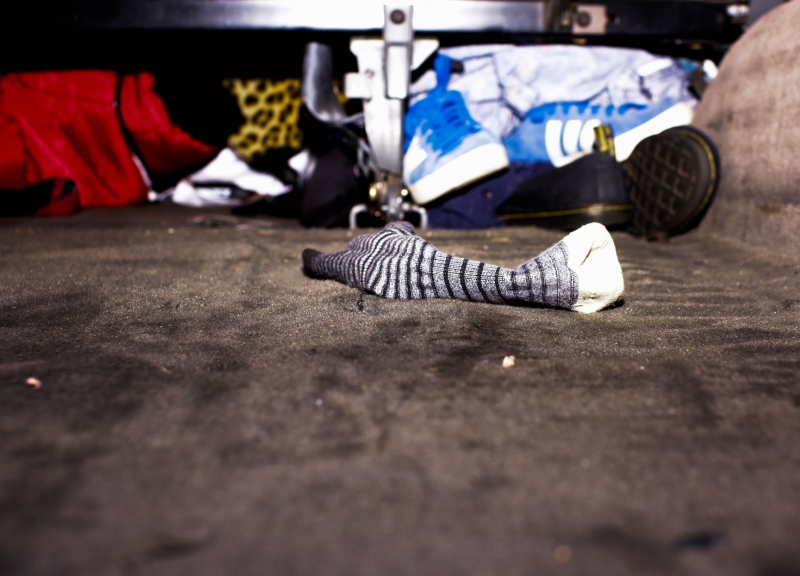 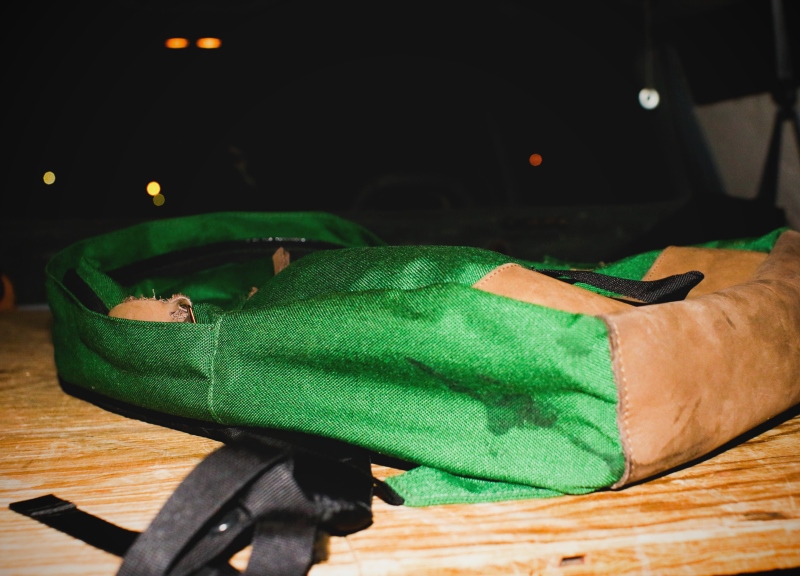 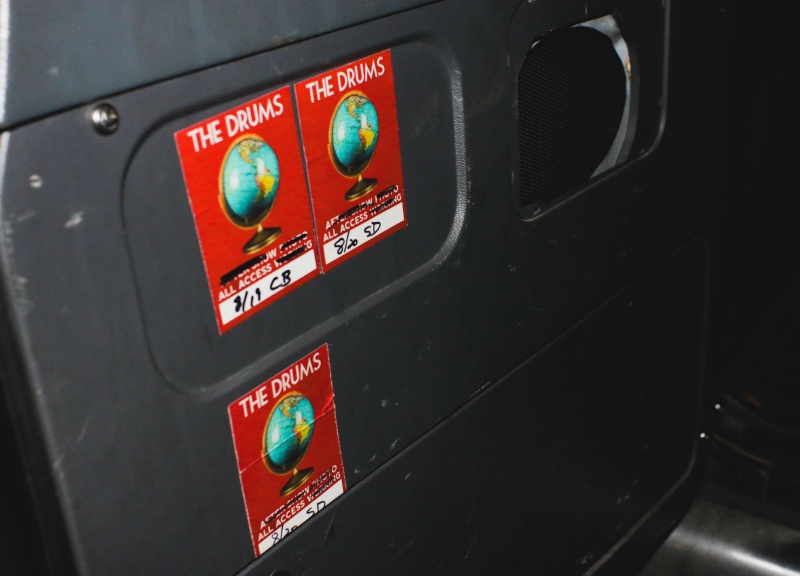 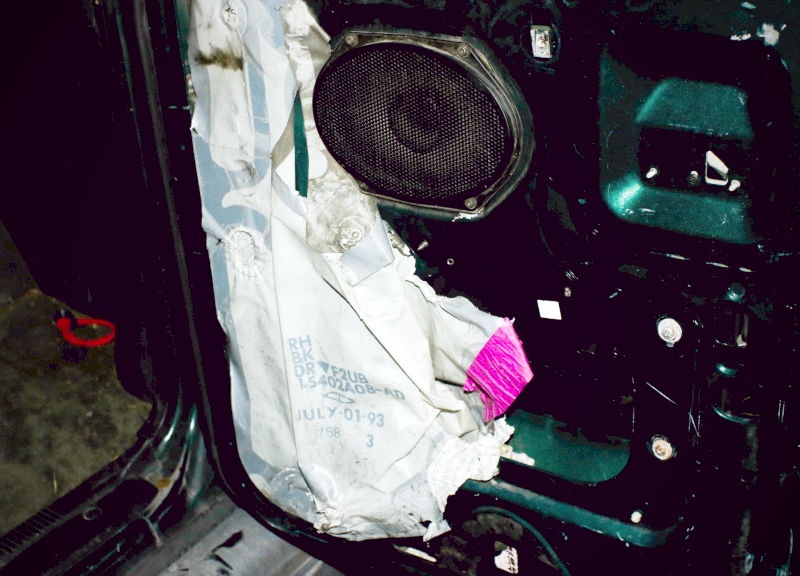 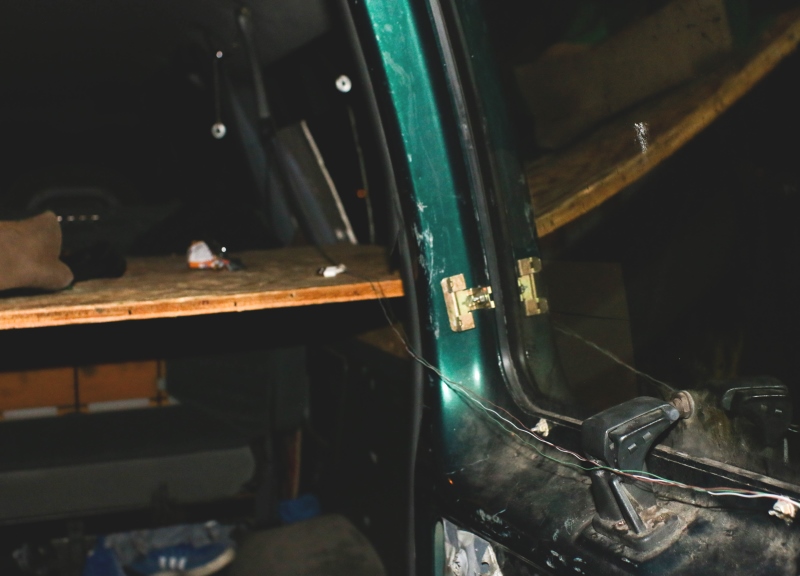 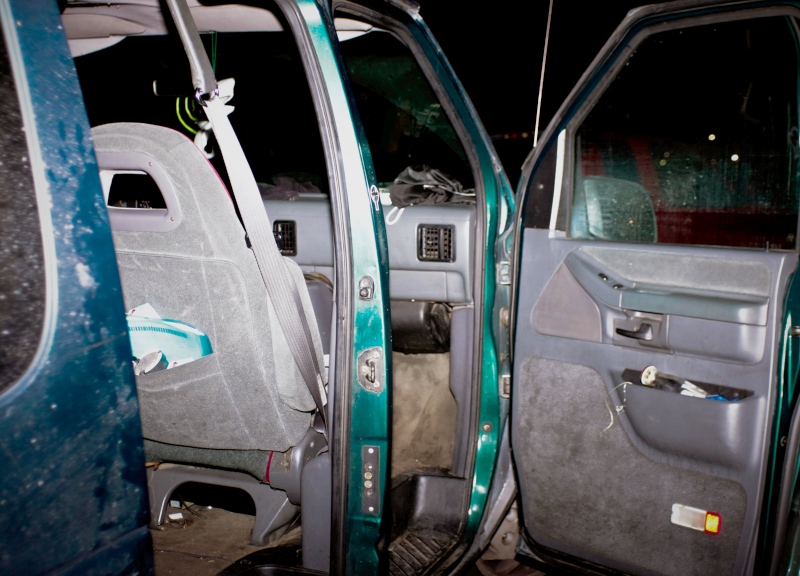 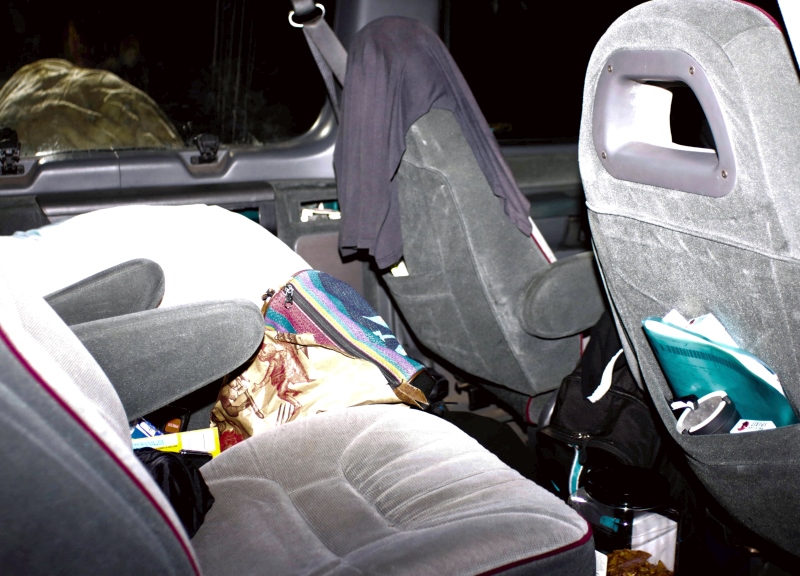 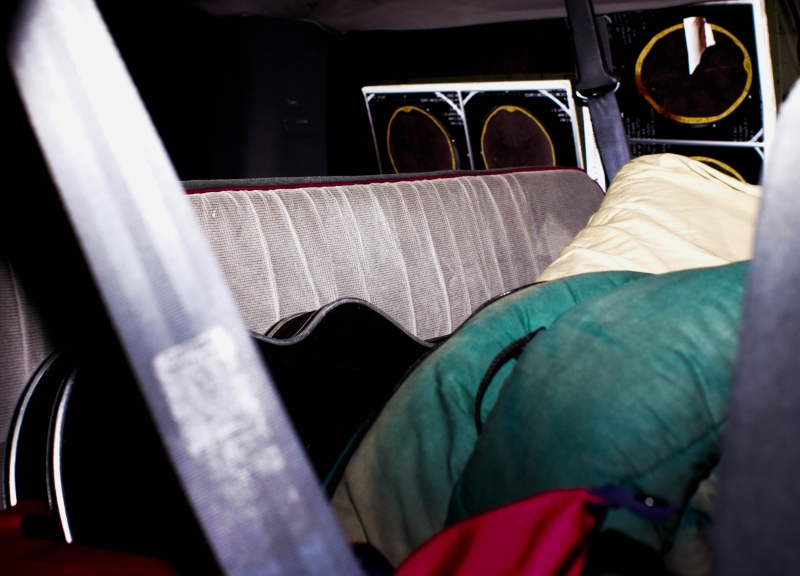 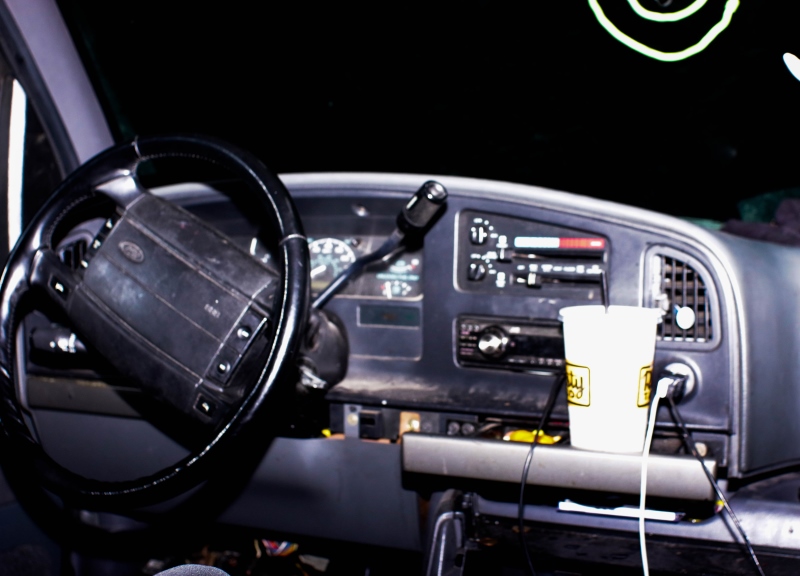 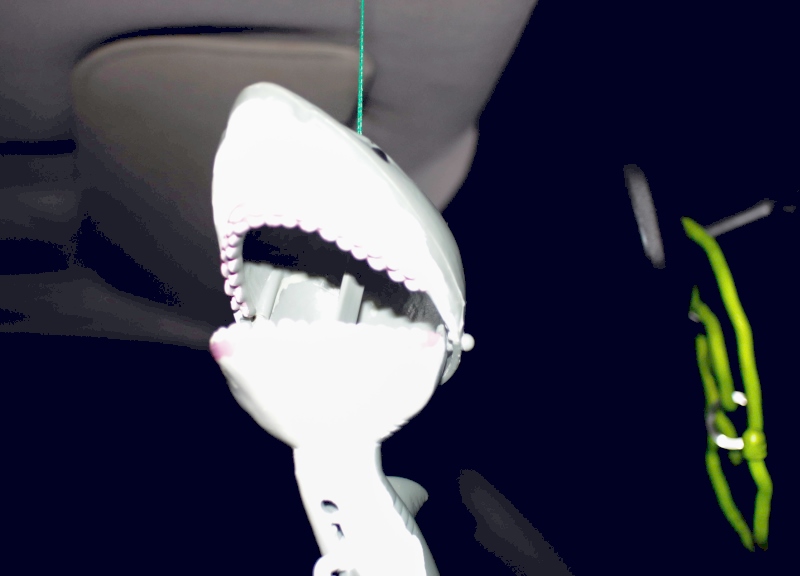 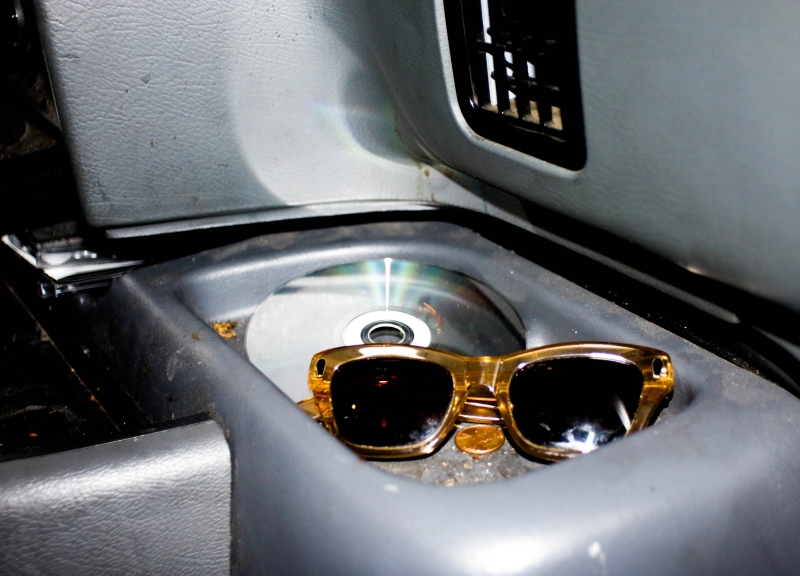 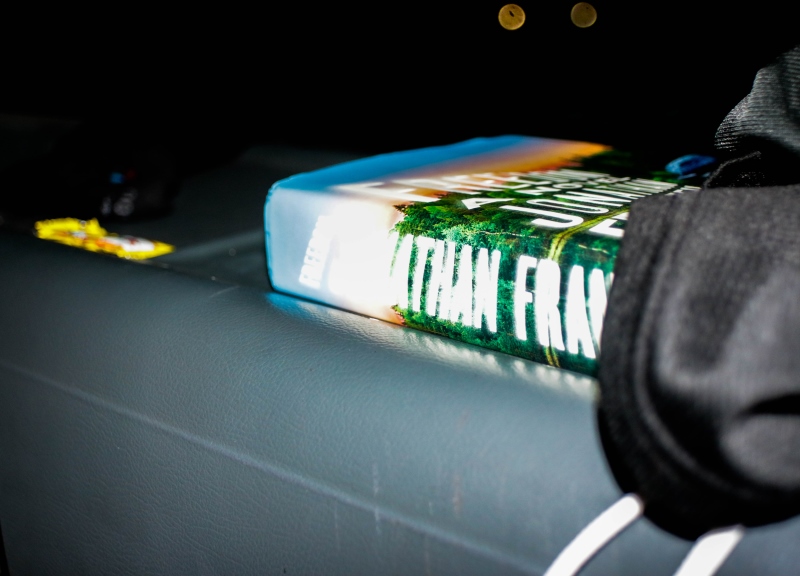 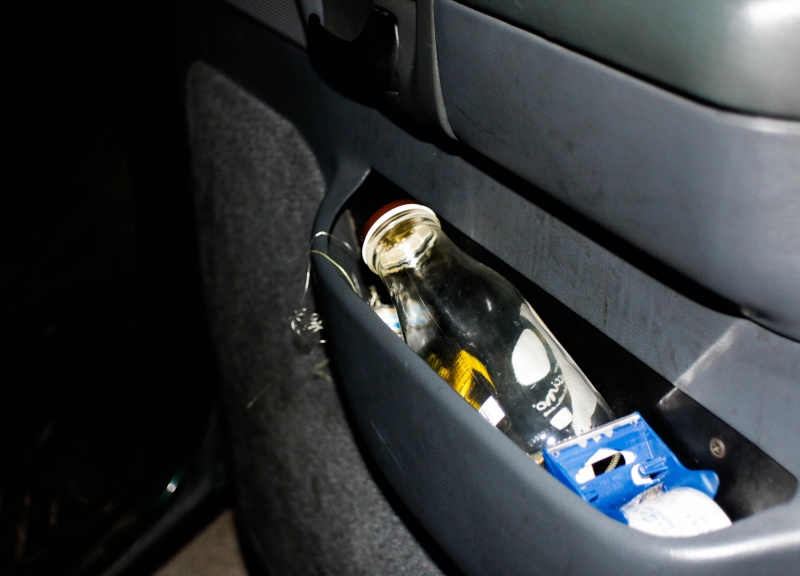 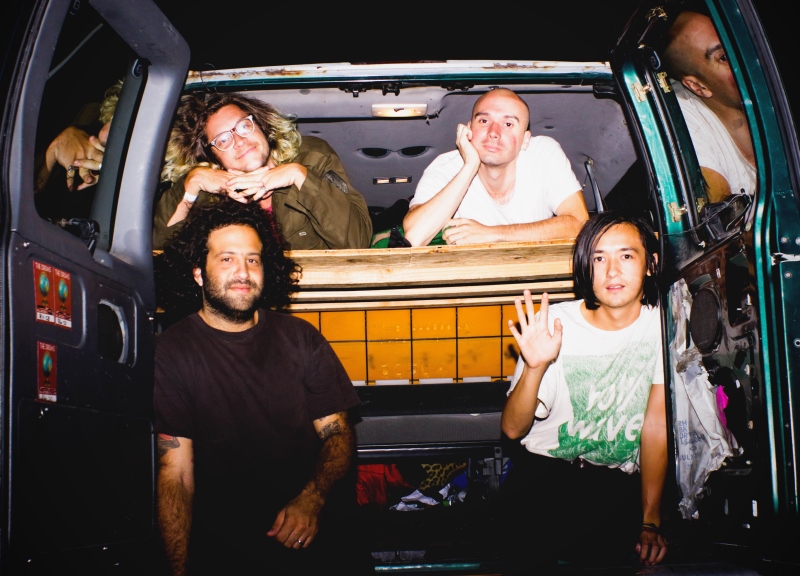