In the last few years, the Chicago-based garage outfit NE-HI's exciting take on pop has made it the Windy City's favorite new band. Their popularity is a contagious sort, too, one that seemingly only grows the farther the band travels from home.

This is something we got to witness firsthand when the band headlined Three Links on a random Tuesday a few weeks back.

As we found out when talking with the jangly band of jokesters, though, its first-ever Dallas show was also one that almost didn't happen. After their old van broke down mid-tour, the band had to borrow a set of wheels from a band it met during its travels in order to keep the party going.

That's just one of the yarns these dudes spun before their show while making us laugh with their magnetic spirit. Then, later that evening, their show simply had us in awe.

NE-HI might not be good mechanics, but they can damn sure rock a stage.

How long have you guys been out on the road for ths tour?
Jason Balla (Guitar/Vocals): “Oh, about two weeks.”

Where have y'all been on this tour so far?
Jason: “The East Coast, down the coast to Georgia, and then over this way to here, which is Austin, Texas — no, no! Dallas, Texas.”
Mikey Wells (Guitar/Vocals): “Oh, look at Mr. Rock Star over here.”
Jason: “Well, I just can't tell the days apart anymore.”

I'm curious about the vans you've toured in.
James Weir (Bass/Vocals): “Well, we'd been through some trials and tribulations with the first van. Basically, the first night we started in Pittsburgh, and it just died. It was a new van, a totally brand new van.”
Jason: “It wasn't new. It was pretty old.”
Alex Otake (Drums) “It was an old, piece of shit.”
James: “So yeah, we went to Pittsburgh our first night on tour with this van and we tried to start it, and it just did not.”
Jason: “But we somehow got it all the way to Richmond, Virginia and it died. We had it at a shop in New York. We're not really sure what's wrong with it. I finally got it to start after 12 hours of trying. Then they're like, 'You want us to look at it?' I'm like, 'We're just gonna drive to Philadelphia.'”
Jason: “And we made it. But the thing is sleeping at a gas station in Richmond, Virginia currently.”
Mikey: “But once we got it to Philadelphia, it died again that night. It started in south Philly, at not necessarily the nicest neighborhood. I mean, Alex and I slept in the van night and just protected our gear and stuff — in 95 degrees no less. It was horrible.”
Alex: “I woke up and I was crawled up underneath one of the benches.”
Mikey: “It was a weird morning. We were both so cranky and yelling at one another: 'Ah, c'mon, get out outta here!' I said I was sorry later in the night, though.”
Jason: “We were also given a lot of nice free beers.”
Mikey: “So the place we played had pity on us and said we could stay till close and get really drunk and party. Which we did. We didn't go far as we could have though.”
Jason: “So that's kind of where our van is at this point. Long answer to a short question.”

OK, what about the ride you're currently in.
Jason: “This is our new rental baby. It's got more room than anyone could ever want. Oh yeah, it's crazy. You lay down in the back. Alex actually sleeps in a nest behind the chair. It's pretty good. The A/C works, which helps when you're down here, which is something that didn't work in the old van.”
Mikey: “Alex made a dirt den in the back.”
Alex: “It's just a bunch of dirty clothes I sleep on top of.”
James: “We've got some good tapes in there.”
Virinchi “V-Squad” Kanneganti (Tour Manager): “You ever see the music video for, 'Still Tippin'' by Mike Jones? This is like the visual, automobile equivalent. You know what I mean?”
Jason: “This is not our regular van, so there's all these things that are left inside that we're discovering as we're driving, one of which is this Top Gun soundtrack cassette. So we had a night in Greensboro that was just epic. We found the Top Gun soundtrack, which is better than you can imagine.”

So who actually are you borrowing this form? How did this end up in your possession?
James: “Matthew E. White is the name of the guy.”
Jason: “He's a performer from Richmond, basically, which is where our van broke down. We got it from a friend of a friend.”
Mikey: “We stole it. We go from town to town stealing a van and leaving it in the next town. Road bandits.”

So how long have you had it?
Jason: “Two weeks. No, a week. It's treated us pretty well, but it's like loving the one you're not supposed to have. It's like forbidden love. We have to give it back.”

In the week you've had this, nothing real bad has happened?
Everyone: “Nothing at all.”
Virinchi: “Just these guys being in it.”
James: “That's the worst thing that's going to happen. Just stench for years that cannot be cleaned.”
Jason: “We have a lot of wet clothes to keep it clean, though. It's worth it.”

What makes this van special?
Jason: “The rims, probably? I mean, because they're spinners. They spin while you're driving. That's probably the highlight. It's got seat belts. A lot of seat belts and safety precautions. It all works. Tried and true.”
Virinchi: “An interesting fact; This van has never killed a squirrel. No animals have been harmed. Maybe a homeless man or two — just kidding!”

Is there anything else you'd like to tell us about Big Bertha?
Jason: “It's been just great taking it around the States and showing her a different side of life. We would have had to cancel the tour if we didn't have Big Bertha, so she saved us when we were at our lowest.”
Virinchi: “This van's actually from the future. It was actually supposed to be the car from Back To The Future but, because of legal stuff, that didn't end up happening.” 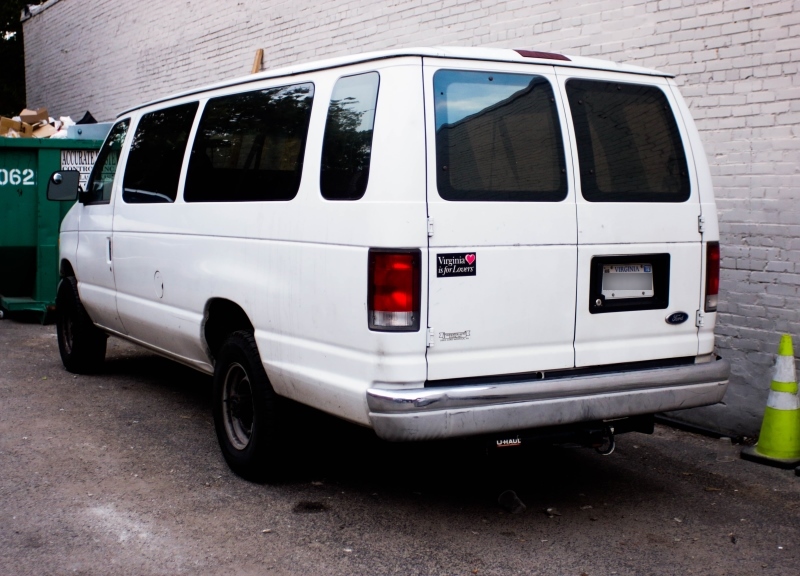 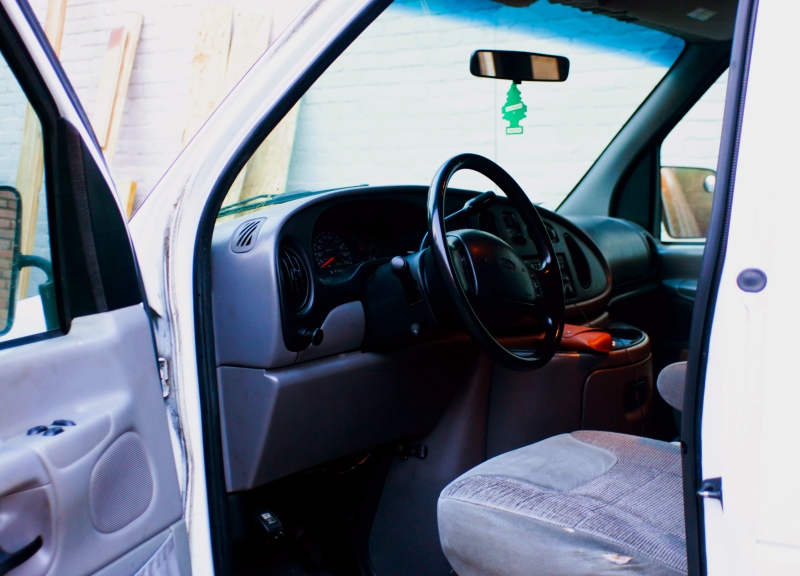 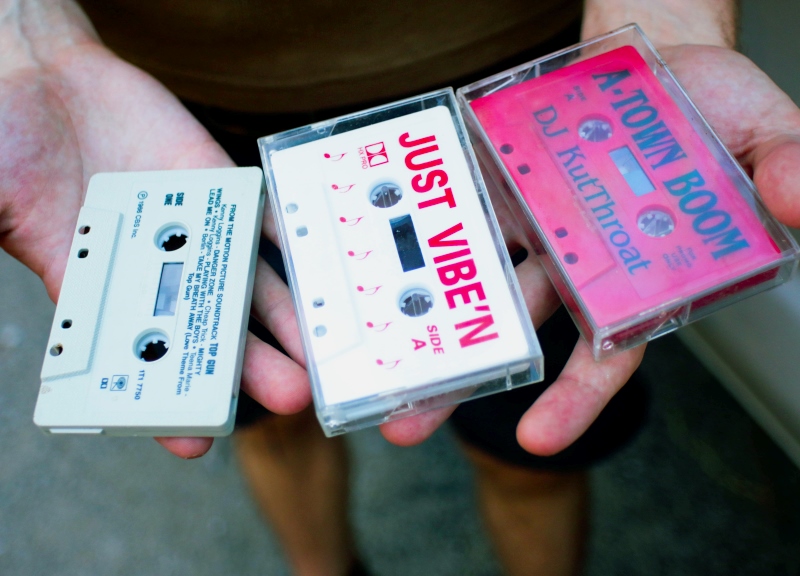 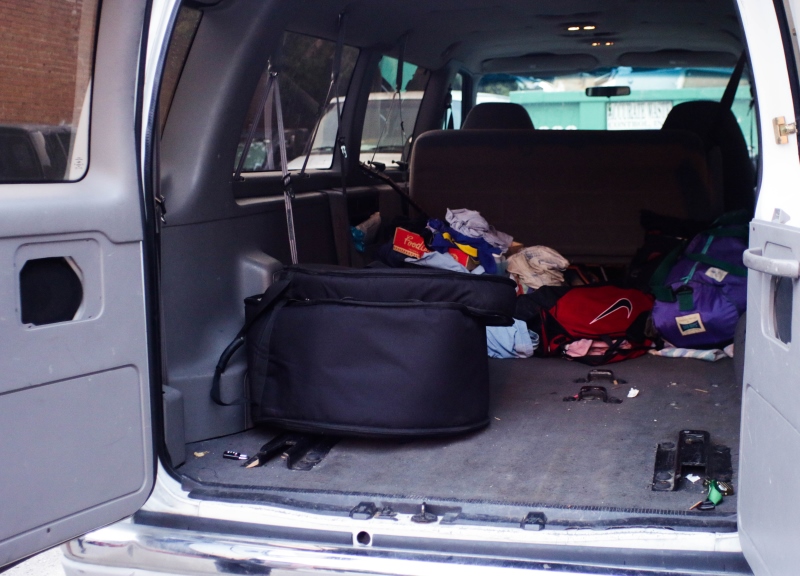 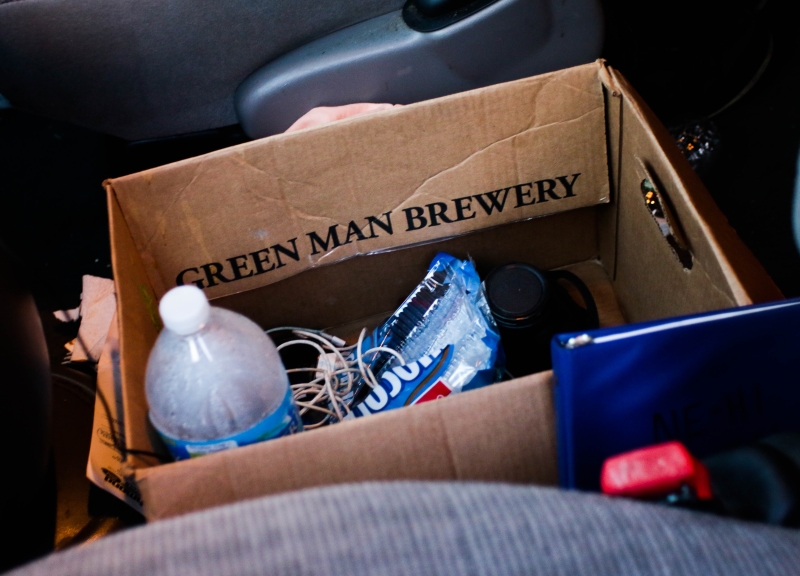 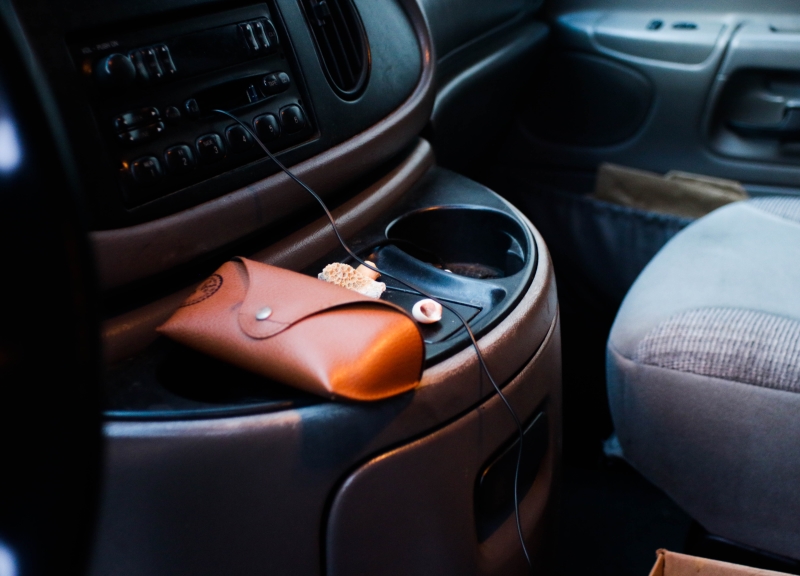 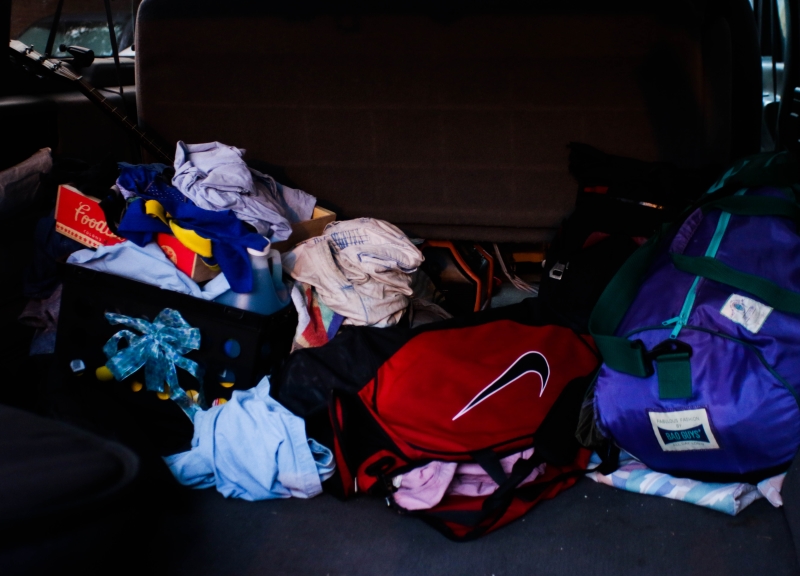 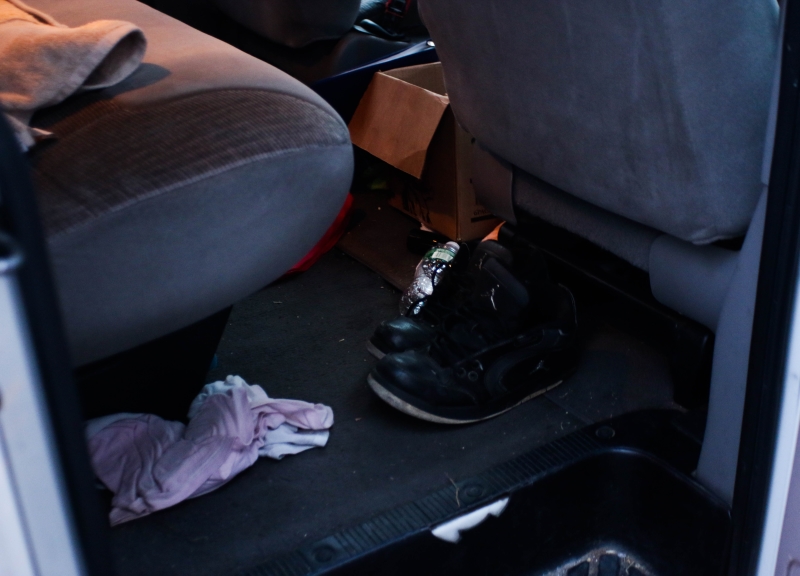 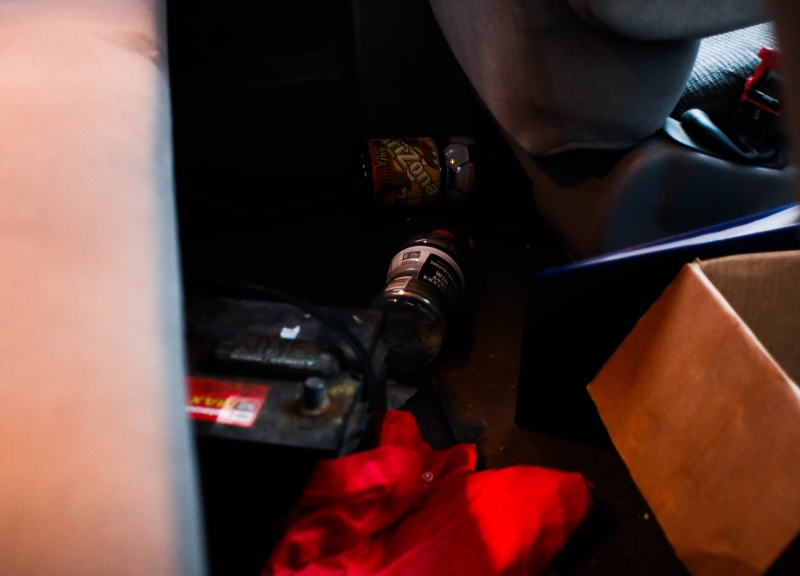 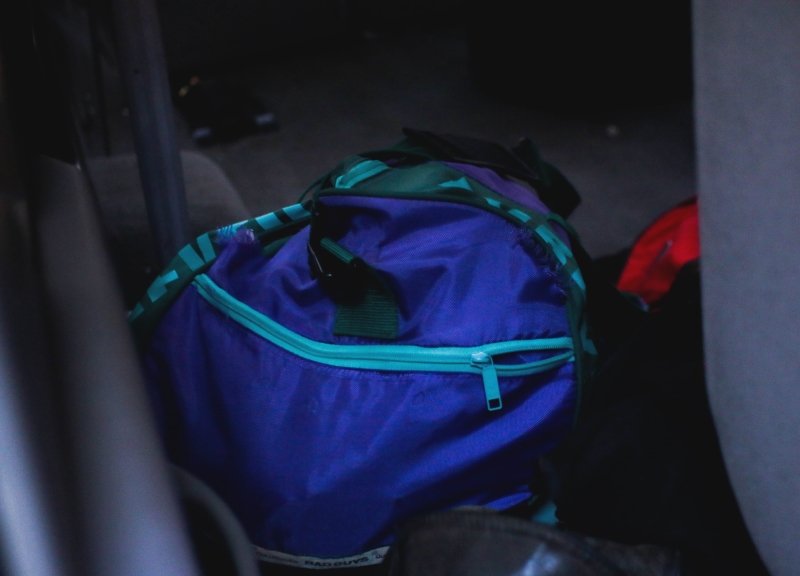 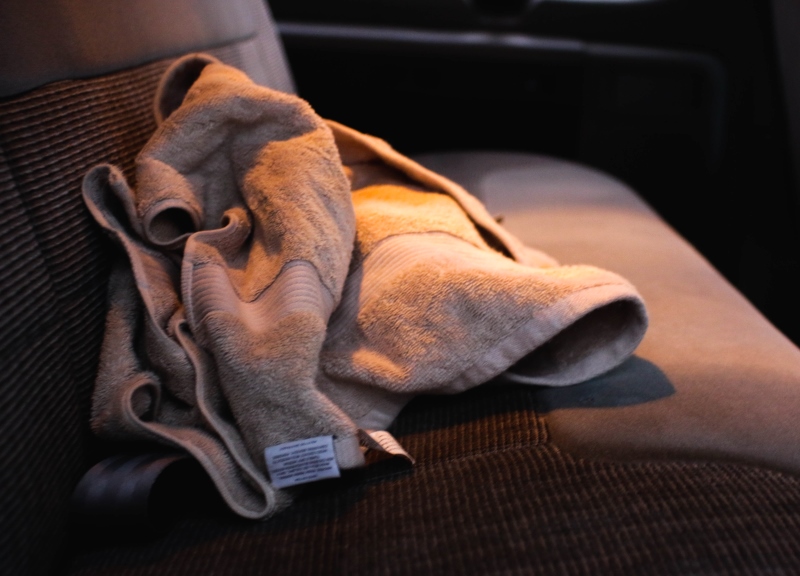 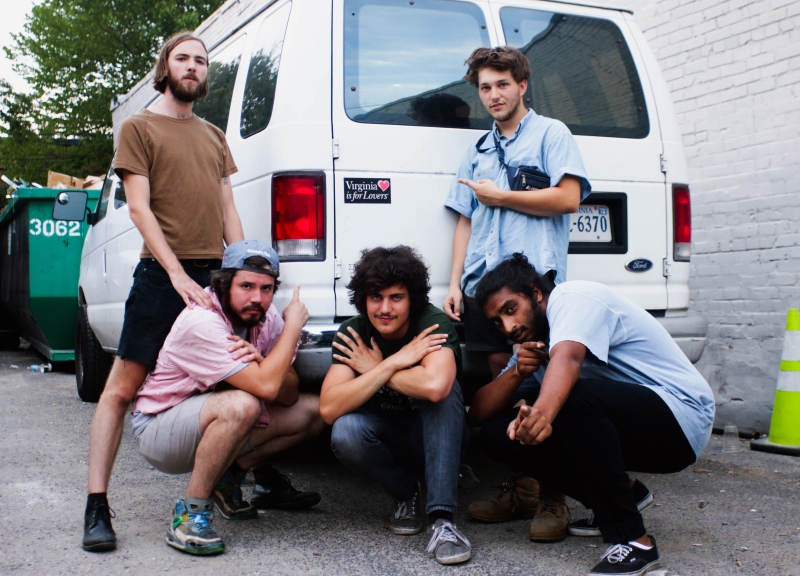