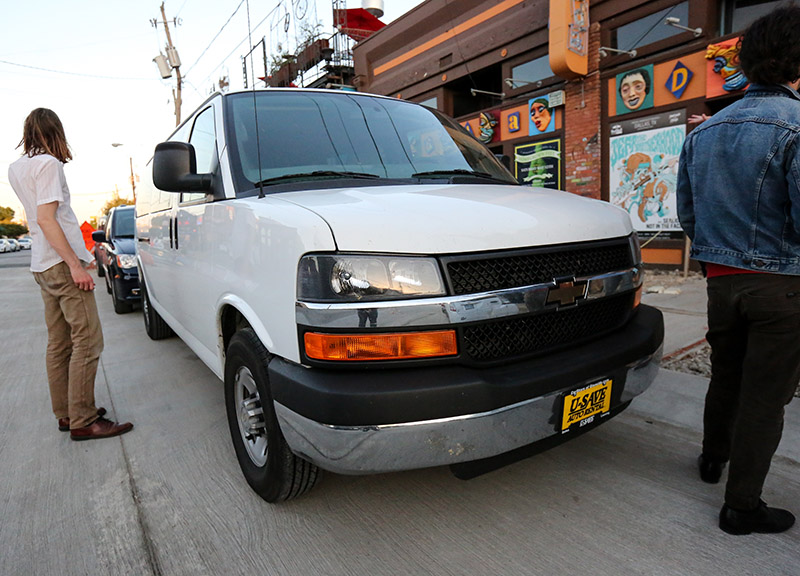 The Canadian indie rock band Islands has gone through a lot of transformations over the past decade. During that time, the band's resilience and relative success has been largely thanks to singer-songwriter Nick Thorburn, who has been pretty much the band’s only constant.

Thorburn has been able to reinvent his band’s sound time and again throughout its five-album discography and numerous lineup changes, because he's a dynamic musician who's never afraid to experiment and never fails to deliver emotive, honest songwriting. But with each release and each lineup change Thorburn struggles to match the early career success he achieved as part of The Unicorns, with which his most recent work is often compared to.

Last year, the band released Ski Mask to mixed reviews. Still, Thorburn's efforts are worth celebrating: In support of that album, Islands played Dada last week, where we chatted with the band and learned some interesting insights of its life on the road.

Most surprising is that Islands — a band that has been around since 2005 — doesn't own a touring van. What;s more, they actually hate touring in vans to the point that they're actually pretty reluctant to talk about touring in general.

Is there anything you like about this van you're touring in right now?
Whole Band: “No.”

Who usually does the driving when you're on tour?
Nick: “Mark.”

Do you have any breakdown stories with this van or any van you've toured with in the past?
Nick: “I started crying… Do you mean mental breakdowns? Well, this morning, we were driving and I cried a lot. In the back. No one knew. I was hiding in the back. This is all true stories. I'm just goofing around — not to make light of breakdowns, but, yeah, no our van has been good. I had a breakdown once where I wrote a song. In 2006, in London, the repairman came and our label Rough Trade gave us the wrong merch. They gave us Belle and Sebastian CDs, so we told the repair guy we were Belle and Sebastian. The guy fixed our flat, but while we waited for him I wrote a song called 'The Arm.'”

Was that one of the best memories you've had on tour?
Nick: “That particular one? No. It was shitty. This moment right here is my favorite memory — right here with my friends…”
Adam Halferty (drums): “I'm still waiting for one.”
Geordie Gordon (keys, guitars): “We had a good time here one year at a hotel on the hill that's real old and nice. We had a pool party.”
Nick: “Oh, yeah, I missed that. I met a lady.”

Is there anything special you can tell me about the van?
Evan Gordon (bass): “It's really just your run-of-the-mill, white, 15-passenger van.”

Have you ever had a van that you liked?
Whole band: “No.”

Is it just vans in general that you guys don't like? Or is it touring?
Evan: [laughs] “We just haven't had a special one that makes us feel at home.”
Nick: “Yeah, I'm not Mike Watt, y'know, or Henry Rollins — whoever wrote that book. I'm not excited about being in a van.”
Evan: “We've never had them. We just rent them. They're normal. I guess sometimes we get Sprinters that have like video games in there, but we never play them. We just wallow.”

So, from city to city, is Islands just wallowing in a bunch of tears?
Geordie: “We don't usually talk to each other. And we don't often listen to music.”

Mark, you don't listen to music while driving?
Mark: “I listen to podcasts. History podcasts.”
Evan: “I do have cool dreams in the van, though. I dream that I'm home, or somewhere else that's not in a van, doing stuff.”

How has this overall tour experience been so far?
Nick: “Well, we're a week in and we're already burnt out, which is a bad sign.”

Yeah, you guys look like you're ready to go home.
Adam: “Humidity.”
Nick: “It's the humidity and the stupidity.” 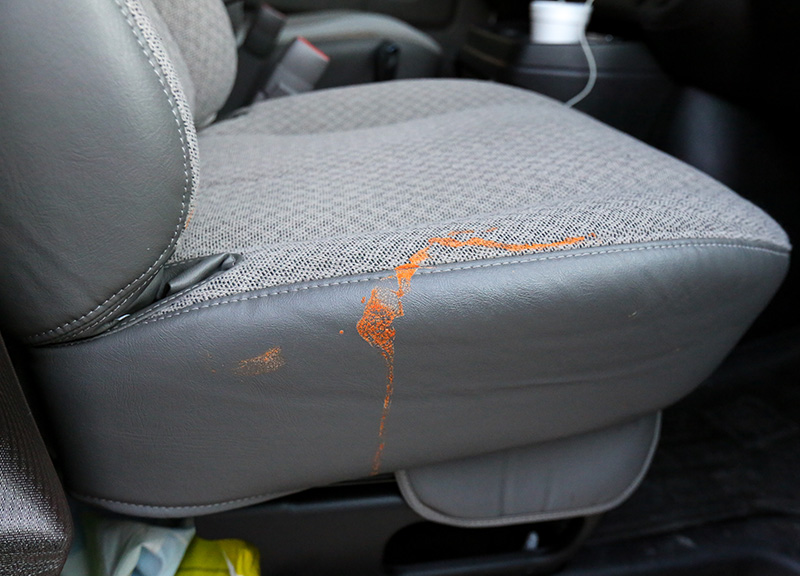 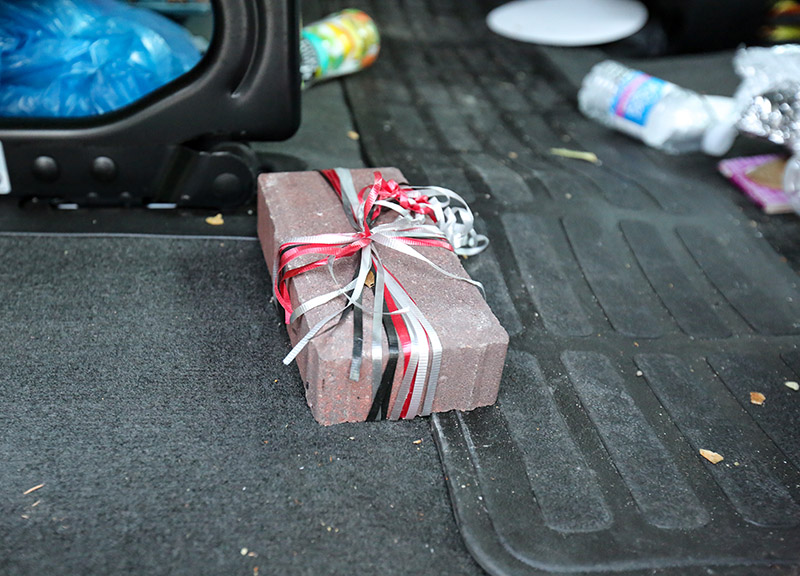 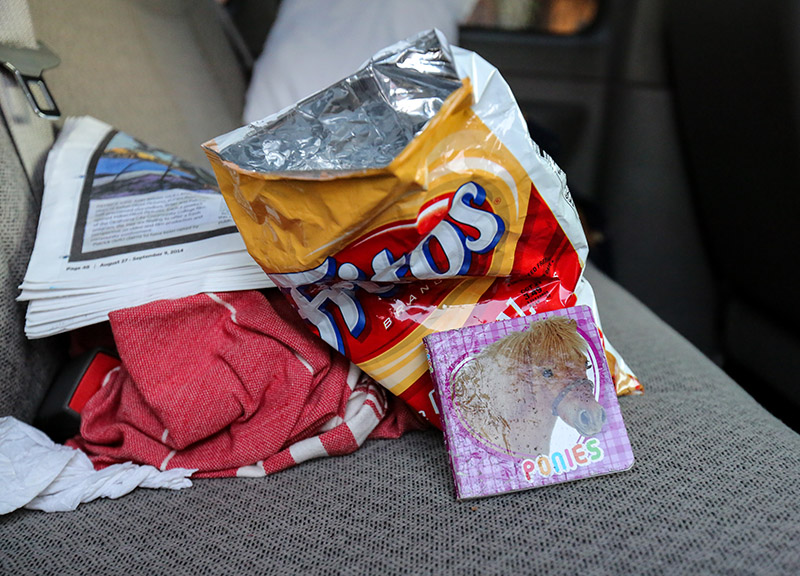 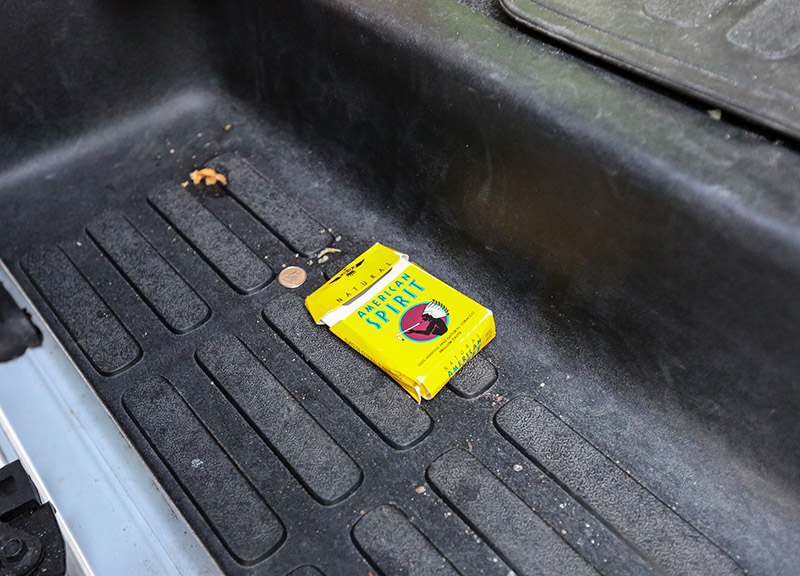 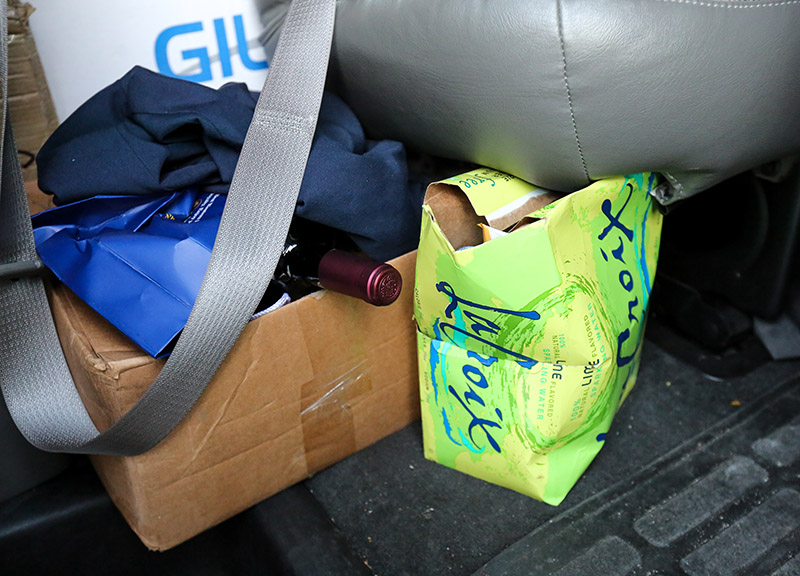 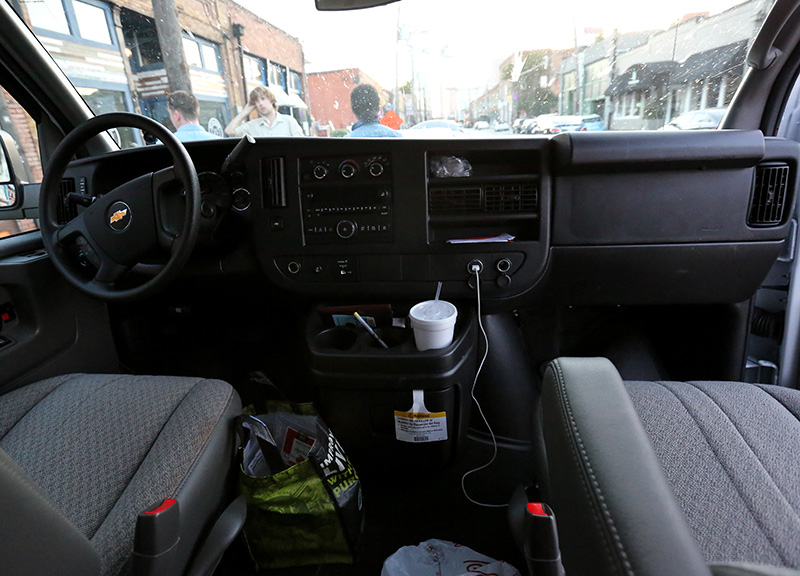 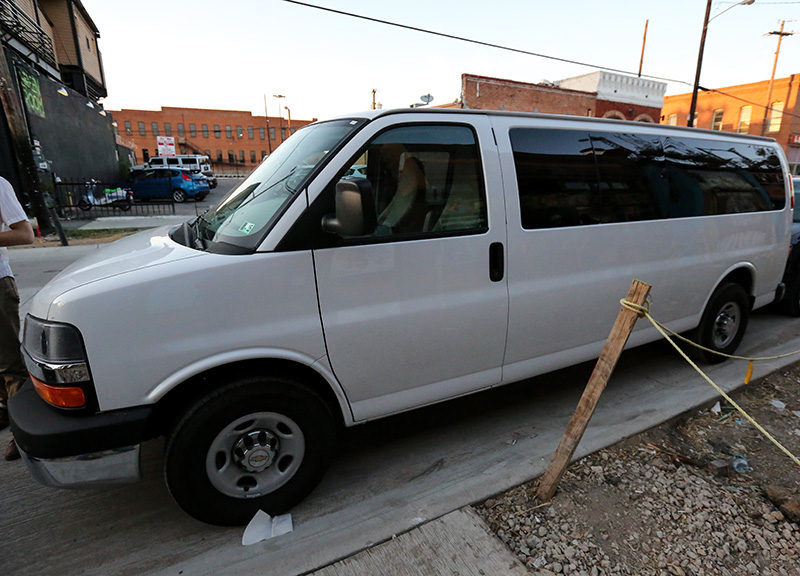 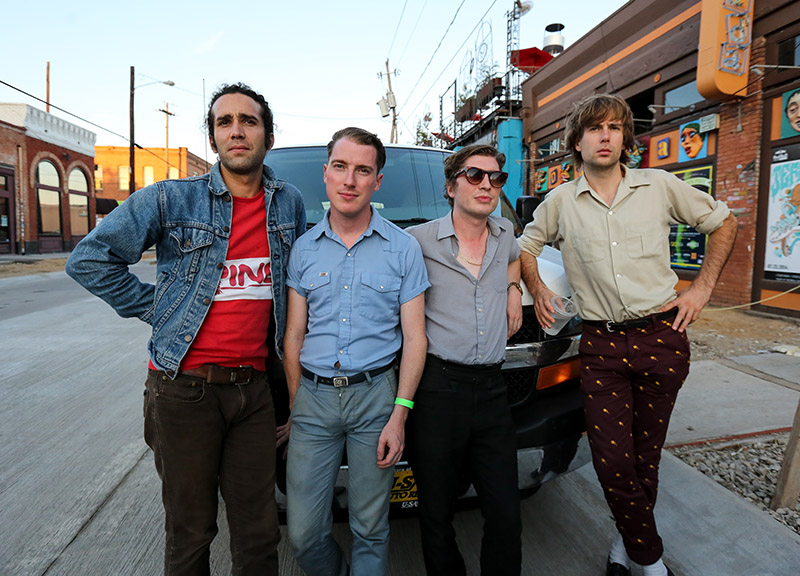