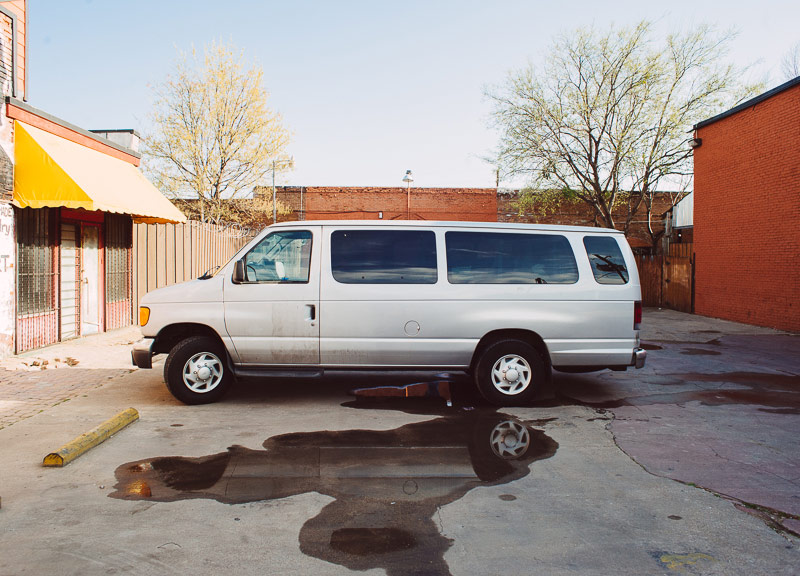 The Districts' Van Brings A Lot To The Table.

And when you meet the Pennsylvania-based teenagers that comprise the group — or watch them perform live, as a few folks were lucky enough to do when the band played at Dada last Thursday — it's hard not to really respect what these guys are doing.

Or, more accurately, it's hard not to be floored that this group of relative youngsters is able to create tunes that have such a level of maturity and earnestness to them. The batch of tunes on their most recent, self-titled EP employs the type of dynamic range and intense emotional builds that players twice their age often struggle to find. And, what's more, they manage to evoke a set of influences that, let's face it, many other folks their age have likely never heard of.

That's all to say these guys aren't just good for their age, they're just good. Period.

And between their recently wrapped stretch of dates opening for White Denim and a string of upcoming dates that'll find them doing the same for Dr. Dog this summer, we caught up with the members of The Districts prior to their headlining gig at Dada to ask them all about their new tour van.

Judging from their fast-growing popularity, though, we're guessing their van won't stay too new for long.

So how long have you had it, then?
Mark Larson (guitar): “A couple months. We bought it in December.”
Braden Lawrence (drums): “This is, like, the first tour it's been on. The first big tour.”

How long have you been out?
Braden: “A month and a week.”

Where did your van come from? How did you acquire it?
Mark: “Craigslist. From a dude an hour outside of Philadelphia in New Jersey.”

Do you know what he did with it before you got it?
Braden: “There's, like, a police logo on it, but I'm not sure what its job was.”
Mark: “I think he was a construction worker. That's a pretty general term. He did something with loading a lot of heavy stuff, so he had all the benches out. The hardest part was trying to figure out how to transfer it from New Jersey to Philly. This was the first time that I bought a car, so I had to figure out how to get the license plates and everything. He was really nice and drove it to our house for us. Then we dropped him off at a car dealership.”
Rob Grote (vocals, guitar): “I think the best part was the sunglasses that he left. I [couldn't find them just now], but they were these really crappy, dad sunglasses. We always put 'em on when we're driving.”
Mark: “[And he left] his garage door clicker.”

What are your van's best features?
Mark: “[The guy we bought it from] put a table in it. In between the two front seats, he installed a table.”

Other than that, have you guys made any other modifications to the van?
Mark: “We've added a lot of trash.”

What makes your van more special than other people's vans?
Rob: “Not much yet. We haven't done much yet. The table. The table is nice. You can set your computer up on it and watch movies.”

Who usually does the driving?
Rob: “We all switch pretty regularly.”

Is anybody not allowed to drive?
Rob: “Mark was freaking me out in Colorado, going like 70 down these steep ass hills.”
Mark: “I'm a pretty overconfident driver.”

What are your van's worst features?
Rob: “No fucking auxiliary input, so you have to use the radio thing. In the city, you can never find a station that it works on.”

Do you at least have a CD player? What CDs do you guys have in the van?
Rob: “We just bought one of those [visor] flaps to put all the discs in.”
Braden: “We went to Amoeba and I bought a few CDs for really cheap. We got Limp Bizkit — that's our joke CD. We got some Modest Mouse albums. Strokes. Tom Waits.”

Has it broken down yet?
Braden: “No.”

What are the best memories that you've made in the van so far this tour?
Rob: “Well, me and Mark were unloading the van the other day…”
Mark: “We've slept in the van multiple times.”
Braden: “Just road-tripping.”
Mark: “It's nice because when we first toured with Pine Barons, we were in a minivan, so were squished. It's nice to have our own bench to sleep on.”
Rob: “But the minivan definitely had more of a vibe than this one does so far. I'm sure this one will acquire a vibe over time. We had buttons all over the ceiling and stuff.”

Do you guys have any other good van stories?
Mark: “We didn't have anywhere to park in Philly one night, so we parked in this spot where someone had put a cone down. We just moved the cone, parked there, and pretended we never saw the cone. Then we came back and the tire was flat and there was an egg thrown at our car. We went to go change the tire and some guy came up and started yelling at us for being in his spot. So, anyway, we changed the tire and took it to the mechanic and it turned out there was nothing wrong with it. So we assume the guy just deflated our tire. The funny thing is, we put the original tire back on and it went flat on us again. So we had to go back and they still didn't find anything wrong with the tire. So they refilled it and put it back on. It went flat on us again, so we went to Pep Boys and ended up cancelling half of our day in New York. We said, 'Y'know what? Just replace the tire.' Pep Boys replaced the wrong tire and they ended up cutting the tire that they replaced that was wrong, so we couldn't use that one anymore. They still made us pay for the second tire. So we bought two new tires that day.”

The Districts released a self-titled EP on January 27, 2014. For more information on the band, head here. 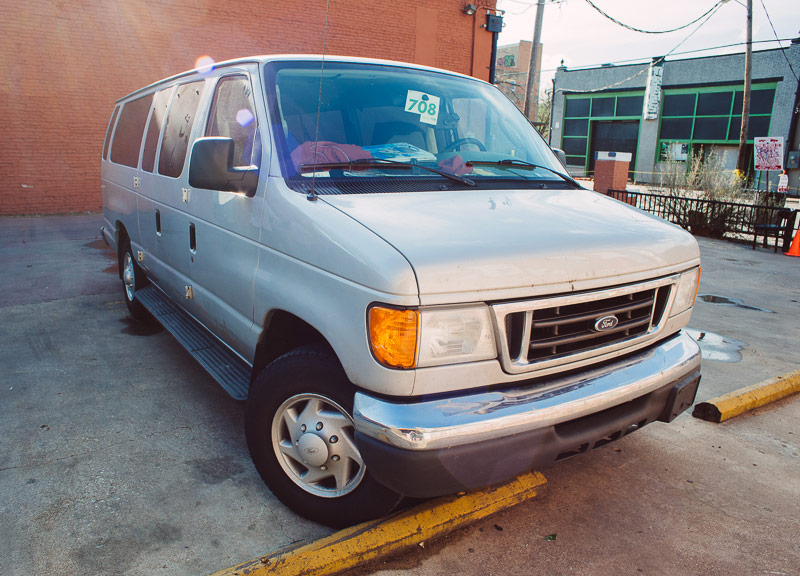 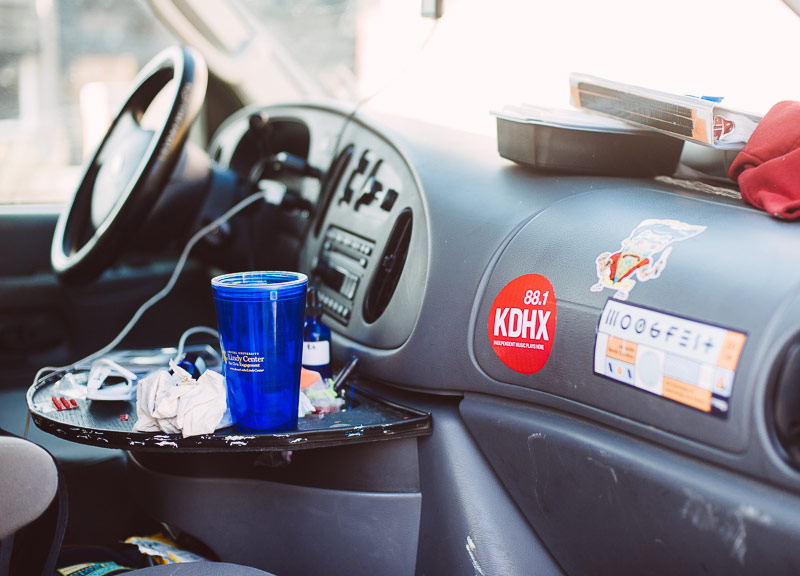 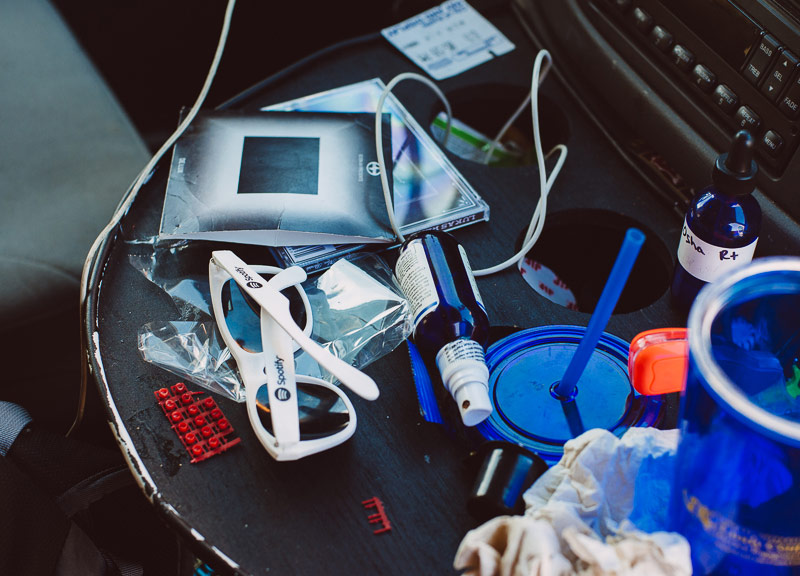 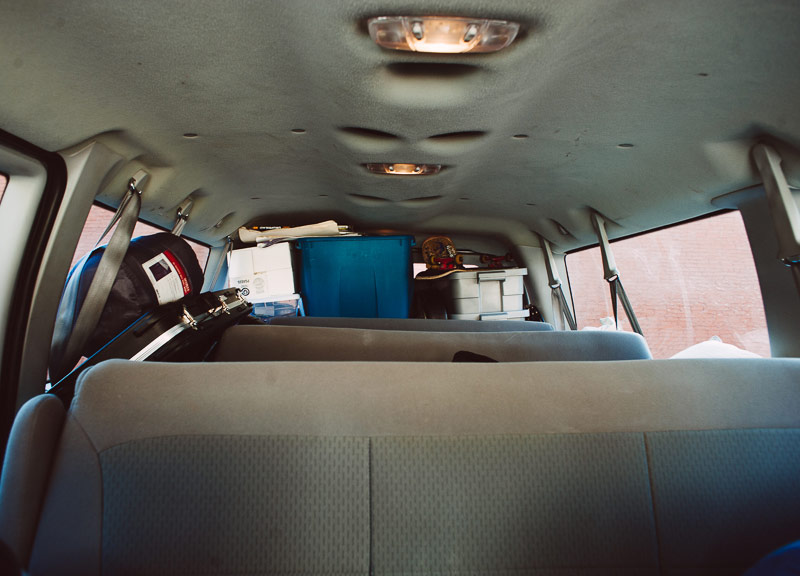 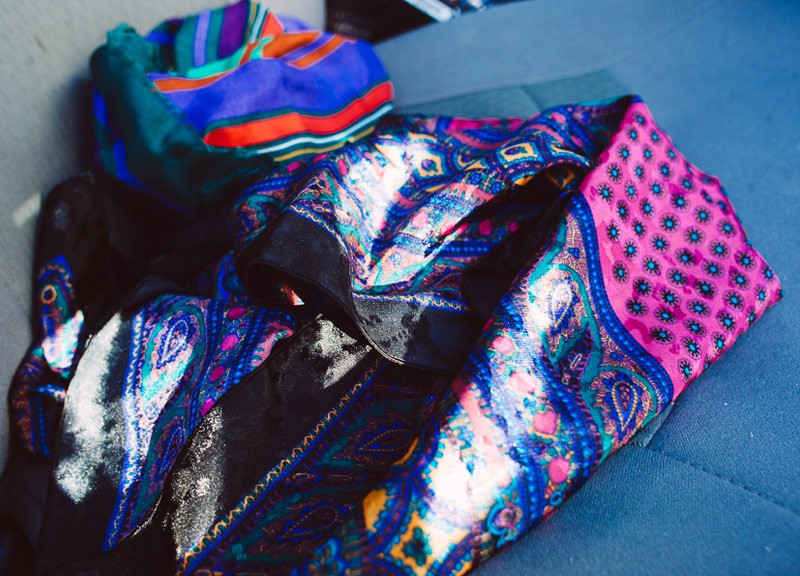 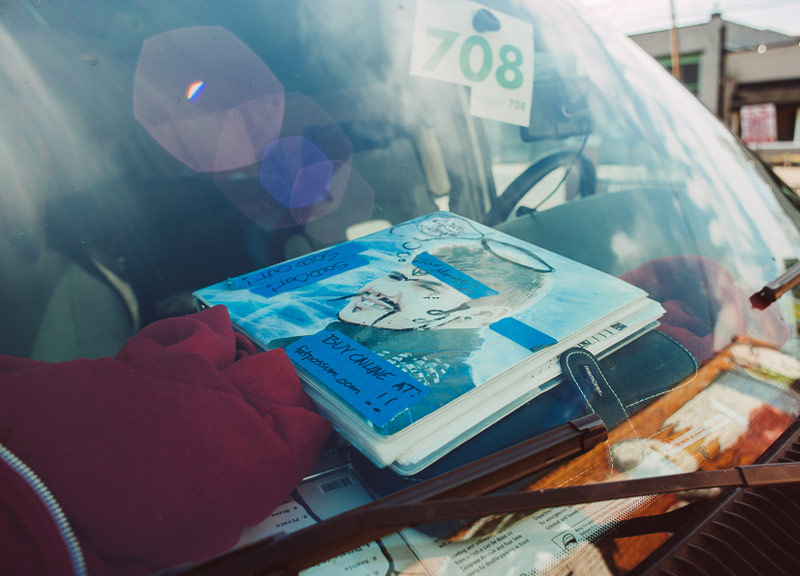 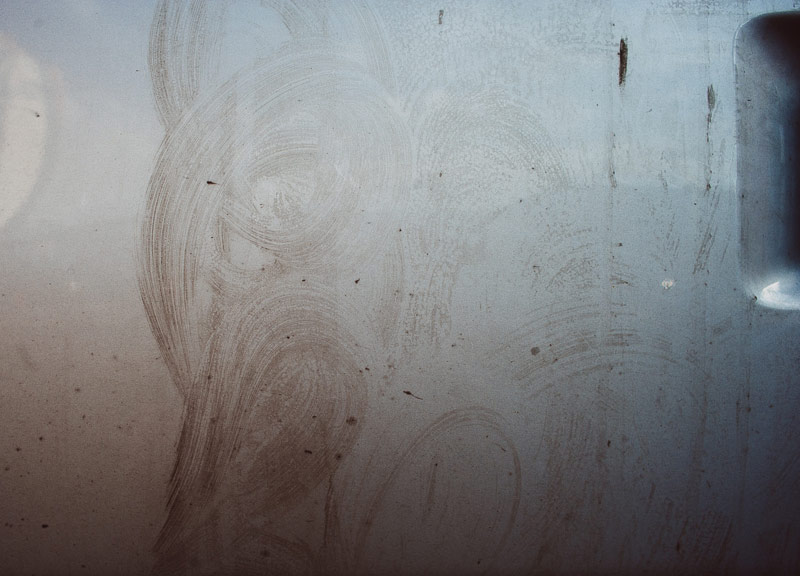 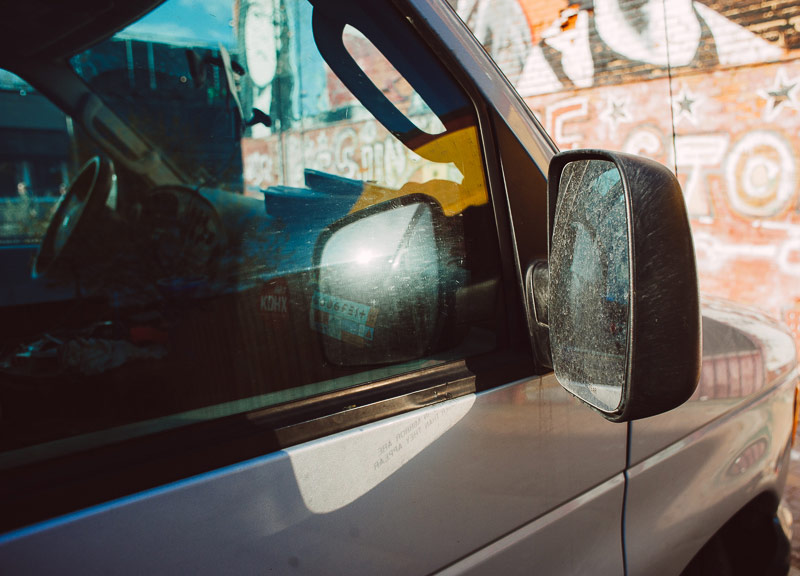 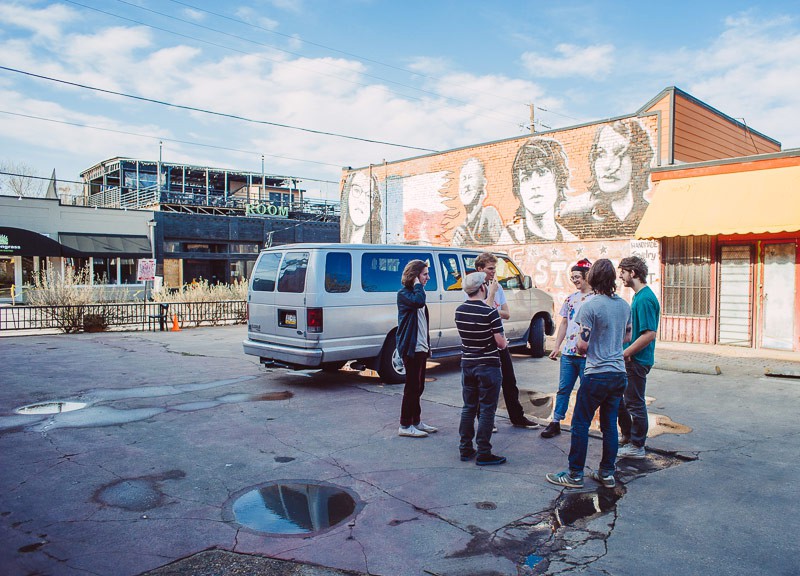 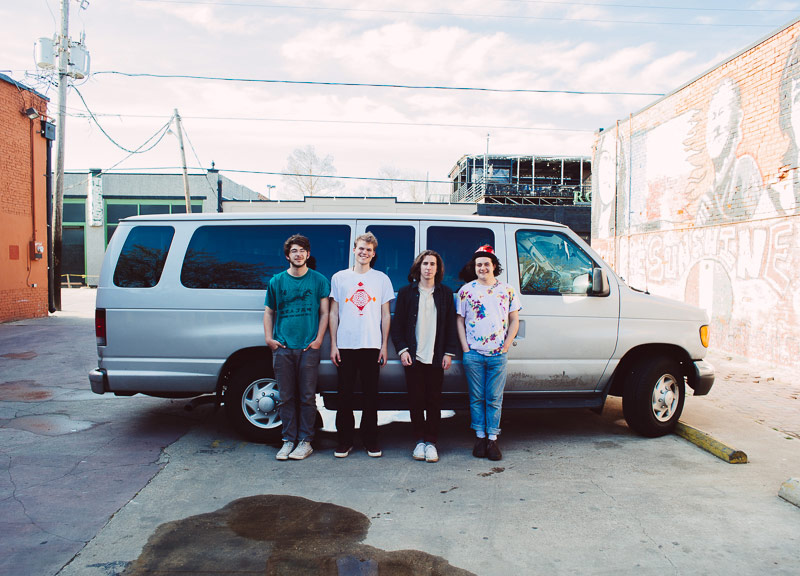