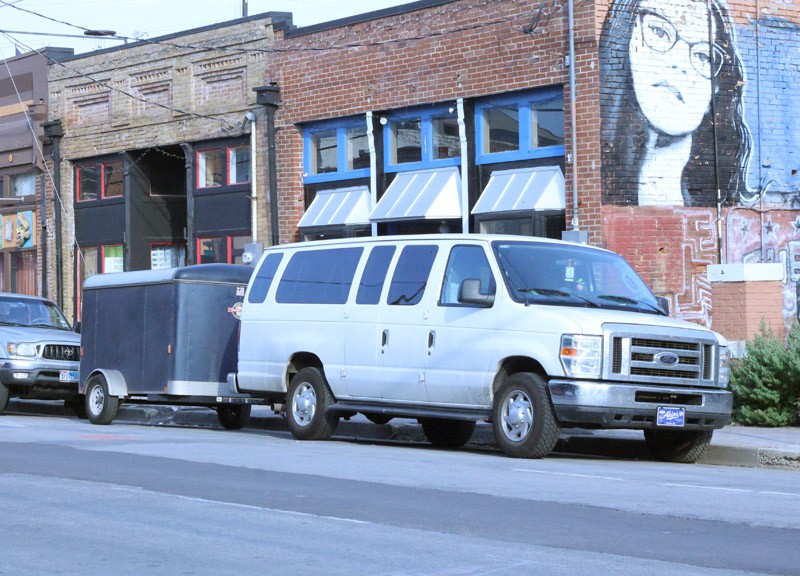 Last week, we caught quite the enjoyable triple-bill at Dada. It was a quite diverse lineup, to say the least.

Local throwback rockers The Birds of Night and ear-splitting Nashville punks Diarrhea Planet kicked things off. But the headliners of the affair, Athens outfit Futurebirds, did much of the night's heavy lifting.

Upon first glance, a band that relies so heavily on pedal steel and lush harmonies might've seemed out of place topping a bill such as this one. But thanks to the band's all-encompassing sound, Futurebirds are able to appeal to a pretty wide demographic.

Throughout the night hints of country, garage and folk rock peeked through their richly-layered brand of indie-rock. Even better? Between sound check and show time, the band was kind enough to give us an inside look at the van that's carried them 60,000 miles in the last year in support of their latest LP, Baba Yaga.

Does it do that often? Do you have any good or funny breakdown stories?
Carter: “They're not funny.”
Daniel: “We've gotten really lucky.”
Carter: “One time, it blew a spark plug like four miles from the venue we were playing, so we were able to get a car with a trailer and figure it out. We've never been stranded in the desert or anything.”

So you've never missed a show?
Daniel: “It wasn't with Paco, but we blew our transmission in Colorado.”
Carter: “We still had to cancel another show.”
Daniel: “Oh yeah! We had to cancel Rhode Island. It was going to be the first time we had ever played in Rhode Island.”

Who usually does the driving?
Daniel: “Rech-dog, our tour manager/sound guy/babysitter. Matt Recchia. Our babysitter that's younger than all of us.”
Carter: “I would say he does 80 percent of it.”

What are your best memories from being in the van?
Daniel: “I woke up one time and they were like, 'You peed in the van.' I didn't believe 'em. That's the best non-memory.”
Carter: “One time, I forget where we were, but we were playing a show and we had to leave and drive after the show. We saw some people out in the street and told them to jump in. A couple of miles down the road, we were like, 'Hey, we're, like, going to the next town. Do y'all want to get out, or what?' So we let them out underneath this bridge in a pretty sketchy part of town.”
Daniel: “We've done that a few times.”

What are the best modifications you've made to the van, decorative or otherwise?
Carter: “We haven't decorated as well as we wanted to. We've added a lot of stickers to the trailer.”
Daniel: “We just got a great sticker. It's a women's restroom sticker. We put it right above the back door of the trailer. So that's cool. We've also got a solar-powered flower that sits on the dash that says 'I smile because I have no idea what's going on.' That's there just as a friendly reminder that we're all going to die and shit.”
Carter: “You'll come out to the van kind of hung over and have to drive like eight hours that day, and that flower will be sitting up on that dash and it just dances.” 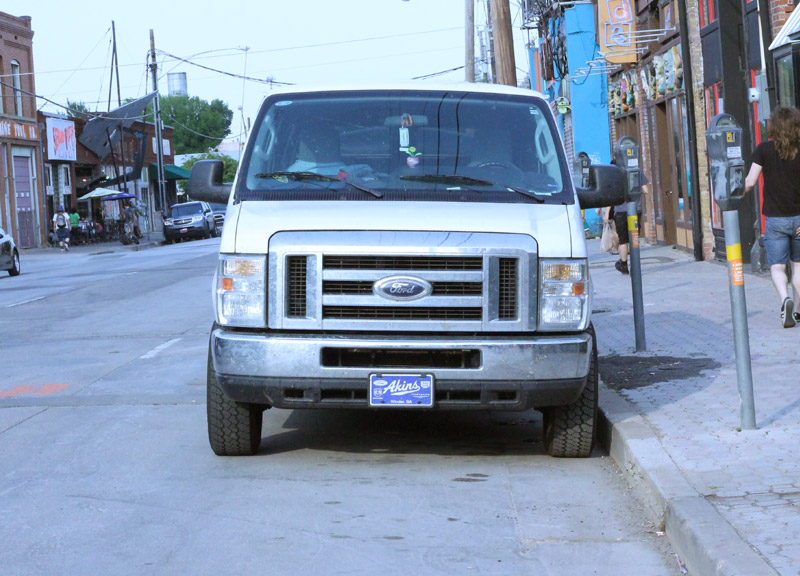 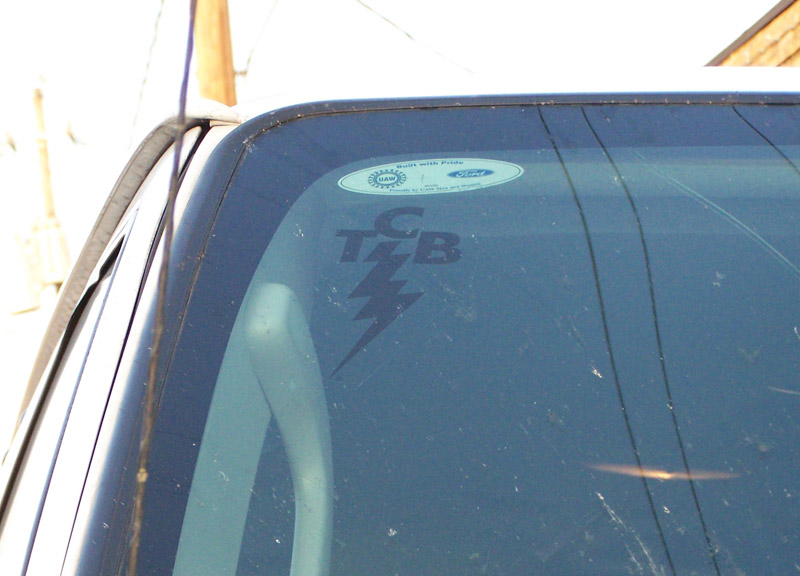 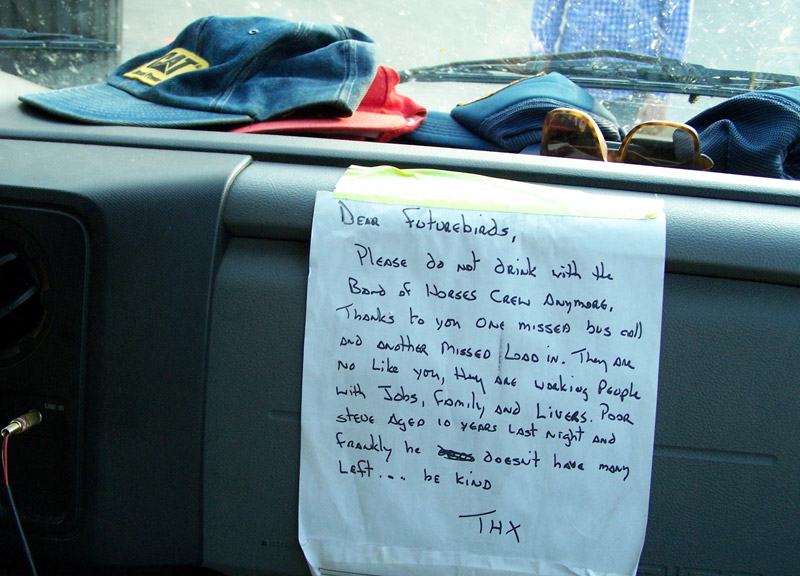 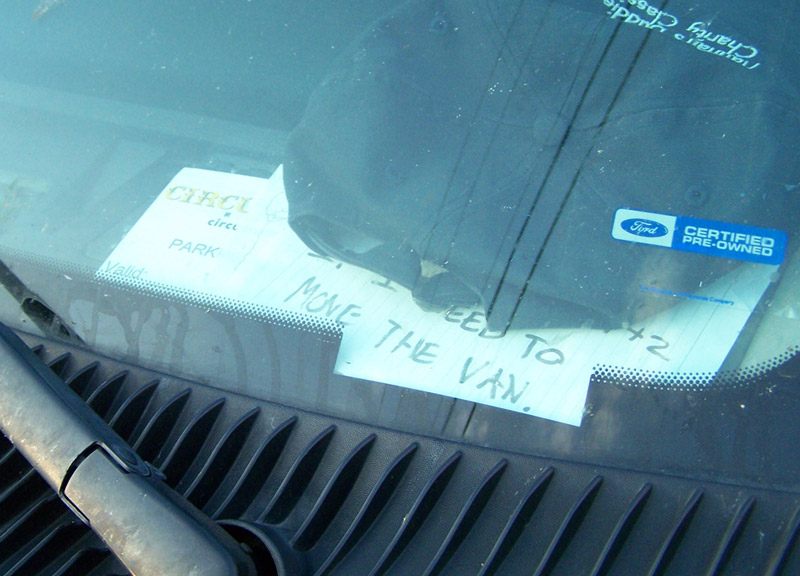 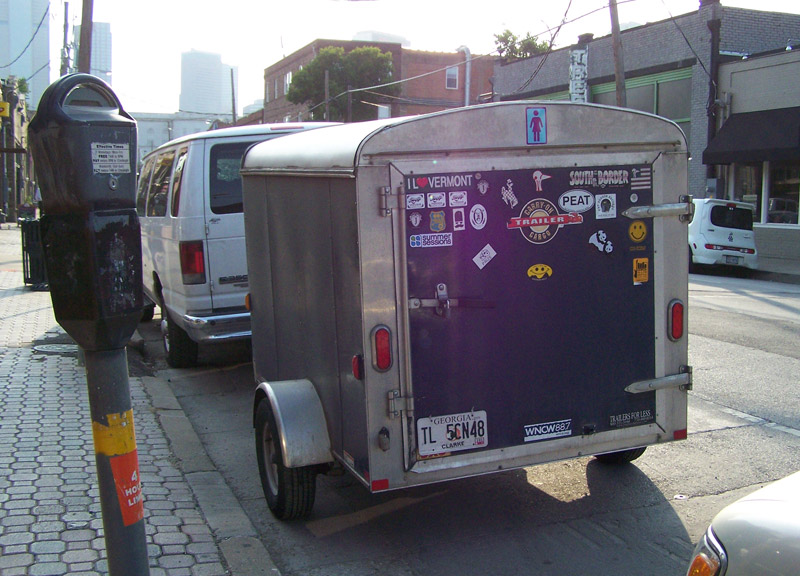 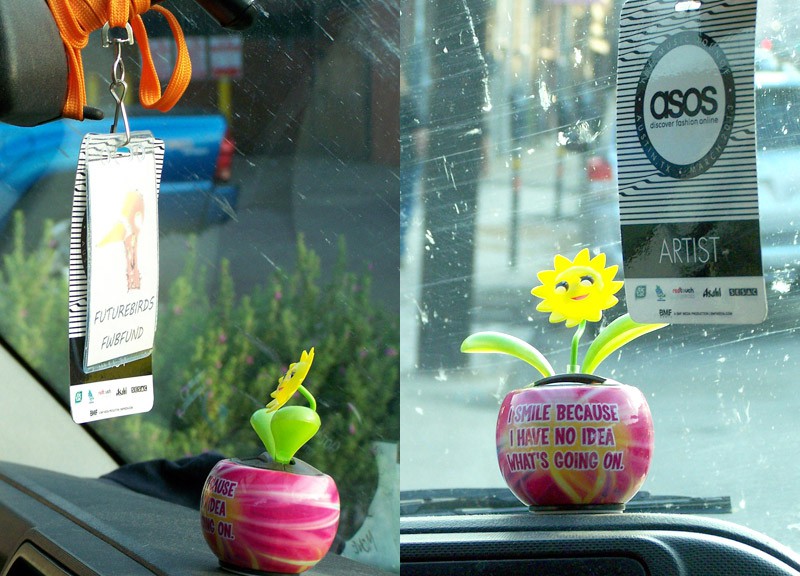 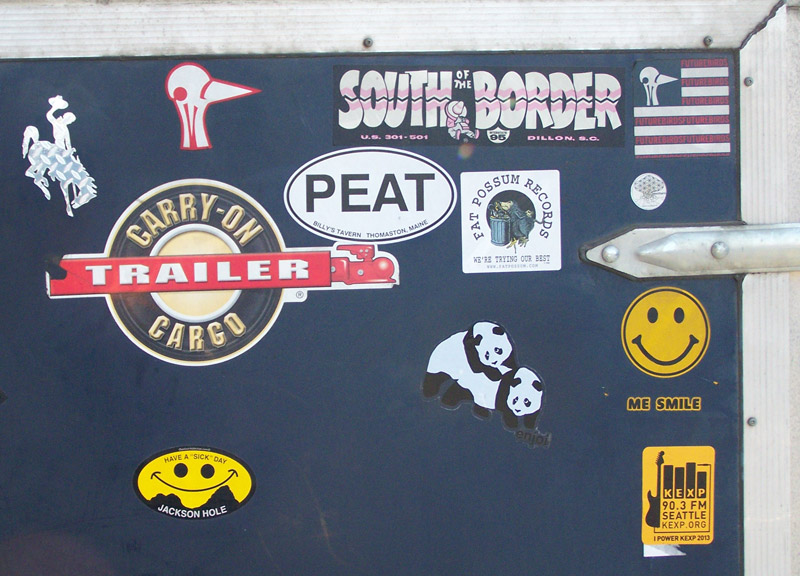 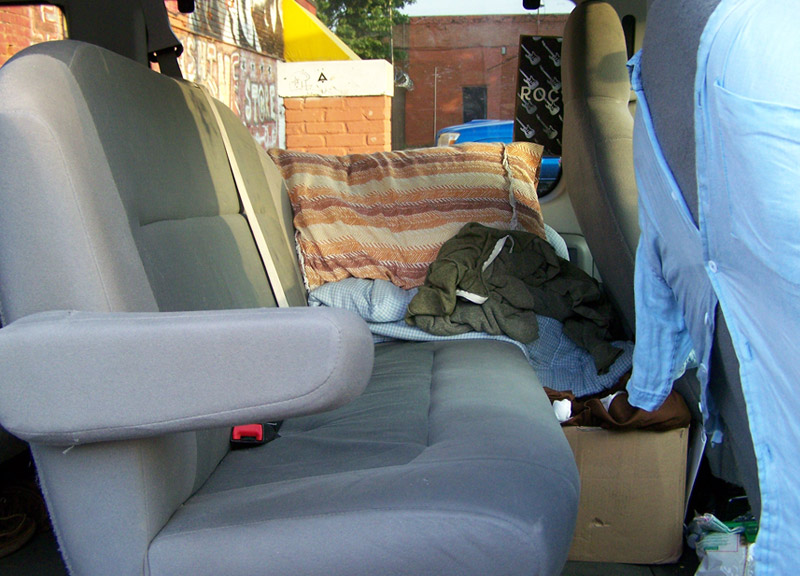 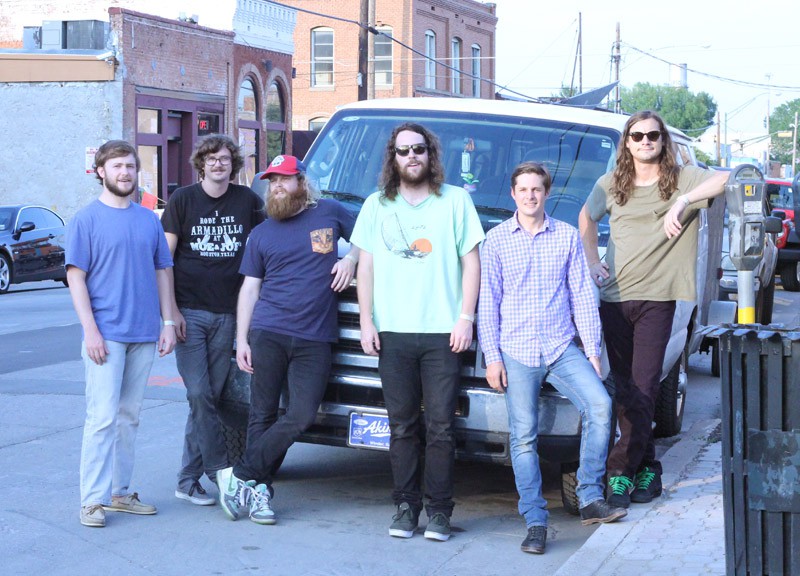