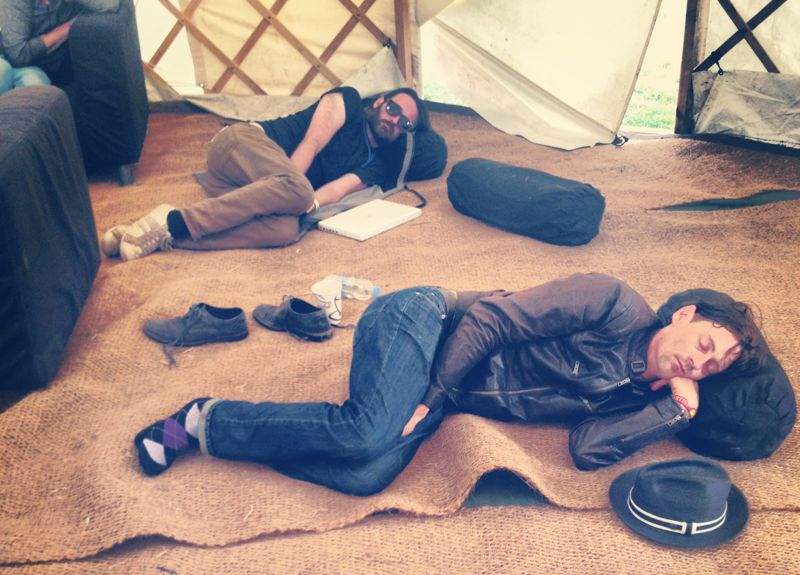 After Two Weeks On Tour, The Polyphonic Spree Still Has Plenty Of Fun In Store.

Roy Boulter, producer at Hurricane Films. Unsolicited Email to the band from Liverpool, England.
My band The Farm played Camp Bestival on Friday, so I decided to stick around (with my sixteen-year-old daughter) for the weekend. The absolute stand-out highlight of a great weekend was the PS set late on Sunday night in the big top.

Earlier in the afternoon, we'd seen how wiped-out the band were in the artist tent (bodies everywhere), so we know how much effort went into that gig — and they were competing the the firework show! — but despite all that it was truly a stunning performance.

It's been a few years since I saw the band play, but you've got even better.

Well done, I'll keep spreading the word and hopefully see you again soon. Best of luck with the album and the tour.

Natalie Young, choir. At Camp Bestival in Dorset, England.
Jennie Kelley: “No one's Instagramming anymore…”
Me: “How do I Instagram exhaustion?”

Setting up for in-store performance at Rough Trade East in London, England.

Elizabeth Evans, choir. At Rough Trade East in London, England.
I can't tell you that the last few days haven't been trying, but I can say that laughter at 5 a.m. in the airport helps. Finding an amazing latte always takes the edge off, and remembering why you do this is key.

After a day of tense airport time and a run-in with border control, we headed to Camp Bestival where were met with the town hall crier in a small pirate ship. First on the bill was Rocky Horror Picture Show — where even though we were running on no sleep, fueled only by various sandwich varieties (airplanes-wiches, gas station-wiches, travel-stop-wiches, etc.), and my shoes were too tall and my throat was closed off — we all muscled through it and muscled well at that. The crowd was giant and festive, and when we hit “Time Warp ” we watched a wave of people take a “jump to their left.”

After our first show completed, we headed to catering, and after a wonderful locally-prepared dinner we all dropped to sleep one by one in a huge tent deemed “the lounge,” which we took over. The second show came faster than the first, and yet again the crowd was responsive.

Today was an in-store show at Rough Trade East, which was buzzing from the vibe of the hip alley with bistros and stores located nearby. As I hit the stage, I realized I was going on sans belt and ear plug. After an intro, where I panicked the whole time, JK saved my ears by passing a plug and I had a great show — probably one of my best this journey. I've always enjoyed in-stores. It's always a welcoming vibe.

Nick Earl, guitarist. At Rough Trade East in London, England.
I wish I could live inside this machine. 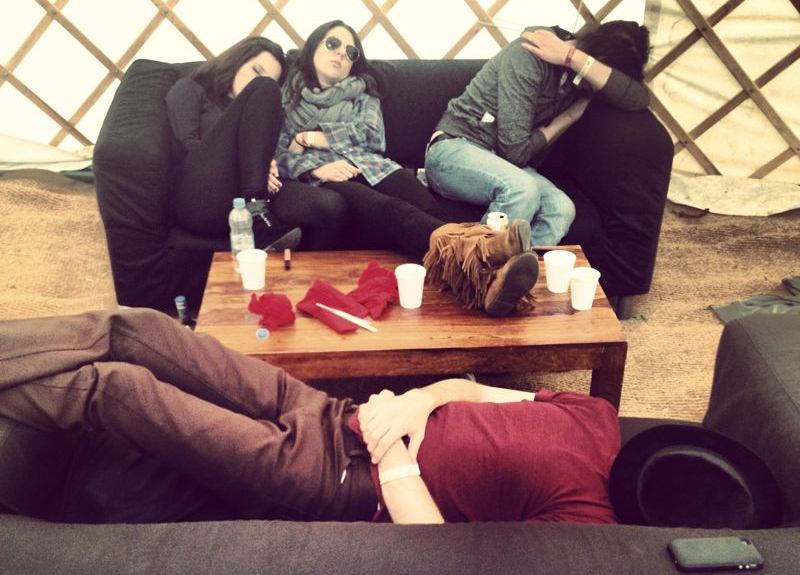 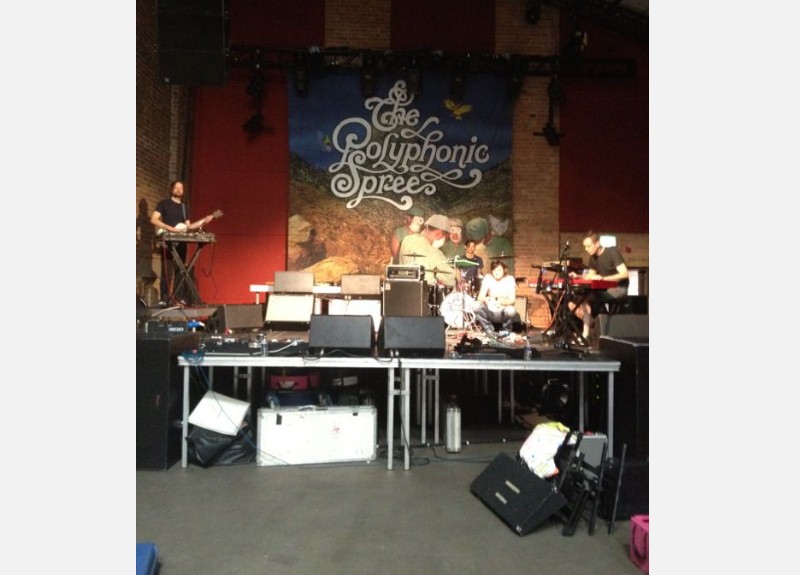 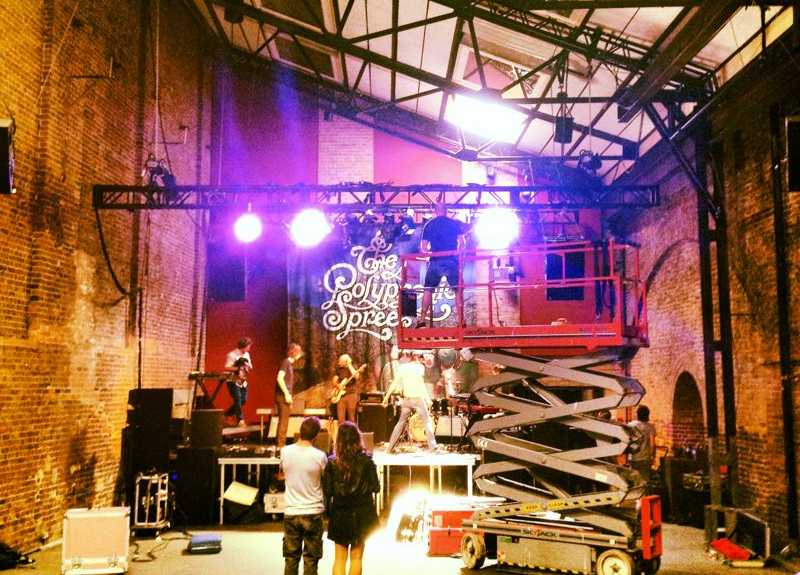 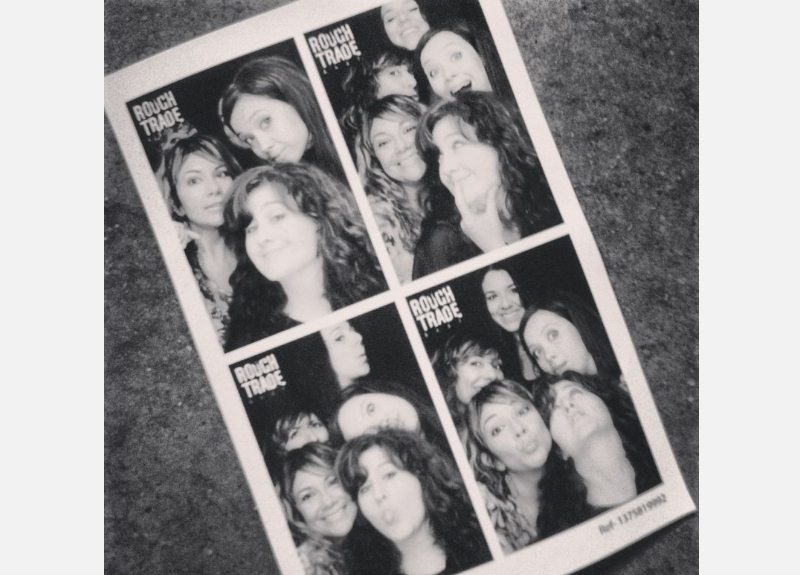 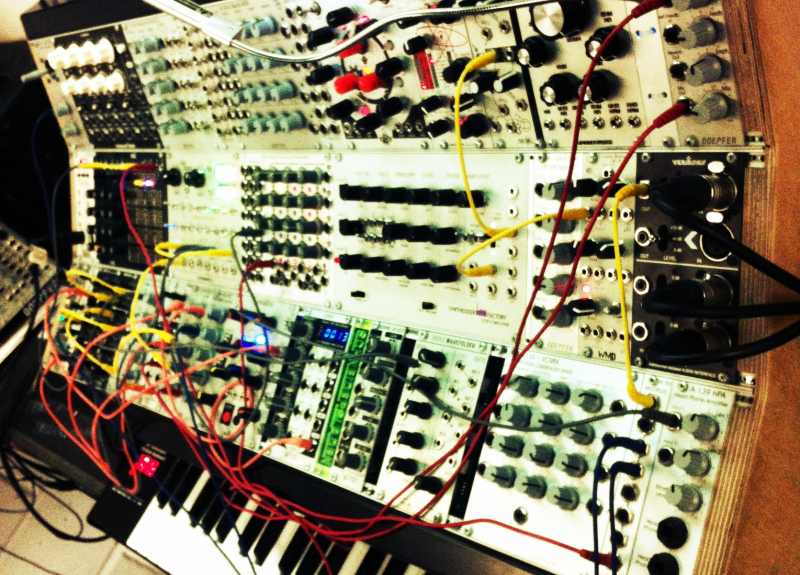