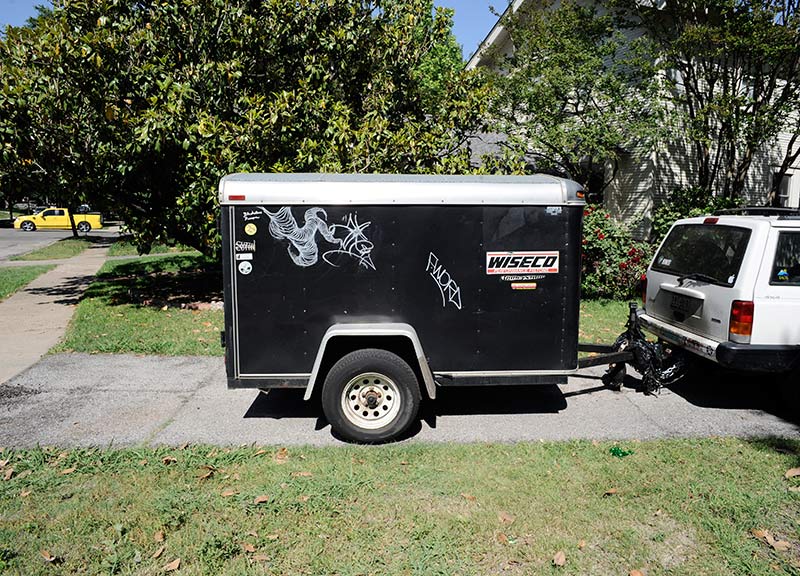 Distorto-pop trio Blackstone Rangers has picked up a lot of steam since releasing a seemingly unassuming cassette EP last summer.

In the year since, they've won their share of local awards, gained notoriety for their increasingly polished live shows and consistent visuals, and continuously found themselves appearing on bigger and bigger bills.

More recently, as the band nears completion on a follow-up studio effort, it has begun to expand its radius, with an official showcase at this year's SXSW conference in Austin and next month's NXNE festival in Toronto.

As the band's popularity has slowly spread, the band — along with Dallas experimental electro-punk duo Cutter, with whom Blackstone often performs alongside — has started touring more frequently. Following an East Coast run by both of these bands last month, we caught up with Blackstone Rangers Derek Kutzer and Ruth Smith and Cutter's Alex Velte to find out how things went.

Where did your vehicle come from? How did you acquire it?
Derek Kutzer (guitar): “That's just my car. [Ruth's] car is a Kia and Dan's car is a little Accord or whatever. We were just using this car to load all of our gear — which all wouldn't fit — so we found ourselves going down to Austin or playing gigs regionally in Oklahoma and stuff like that and having to take two cars. It kills you on gas. We figured out this trailer deal so that we could all ride together. My friend Scott donated the trailer to us and we fixed it.
Ruth Smith (vocals/synths): “It was at his dad's house, rotting.”
Derek: “His dad lives in Joshua.”
Ruth: “He used to use it for Motocross stuff.”
Derek: “The tires were all flat so we basically just got some new tires for it and got it all registered and stuff. It had been sitting there for 10 or 15 years. It actually works pretty good for touring — except for parking.”

Ruth: “Parking's a bitch. Tunnels are a bitch.”
Derek: “You have to pay for extra axles at tolls.”
Ruth: “We actually got denied at one of the tunnels after waiting for like an hour. They were like, 'You can't come into New York through this tunnel. You have a trailer.'”
Derek: “You have to pay to get into the city, which I thought was weird.”
Ruth: “You gotta pay to leave Jersey.”
Derek: 'That'll be $30 to come into New York City.' It's like entering an amusement park or something. Wait, isn't this just a regular old city?”
Ruth: “Jeff Dayton [of The Gorehounds and American Fuse] kinda pre-warned us. They did the exact same thing, but he didn't tell us the name of the tunnel. So we did the same thing they did.”

What makes your ride special? What are its best and worst features?
Derek: “The best part is that all of your gear can go in the trailer. You can fit so much shit in there and stack it up. Then you can pretty much just have the whole Jeep just to yourself. The worst is definitely parking, trying to park this thing parallel. None of us are good trailer drivers. Parking on the street is terrible. You pretty much have to find a big area to pull into. You can find yourself driving around a lot looking for that. Then, the East Coast is full of tolls. We ended up paying, I don't know, nearly $200 on tolls because of the double axle thing.”

Who usually does the driving?
Derek: “I guess I do most of the driving.”
Ruth: “I hated driving. I tried everything not to drive.”
Alex Velte (Cutter vocals/guitar): “I didn't drive the whole time. It was nice.”

Do you have any good breakdown stories?
Derek: “This thing's broken down a bunch. Not while we were on tour, though. The check engine light did come on on the way homeâ€¦”

What are your best memories from being on the road?
Ruth: “Probably the trash bag thing.”

[Editor's note: Just before we started taping, the band told us a story that happened while they were driving through China Town in New York. Workers at a fish market were tossing bags of trash across the street when their van got in between in the line of fire. A trash bag of fish guts got caught on the hitch between their trailer and van. Too grossed out to touch it, the band left it there the rest of the tour, dragging increasingly smelly fish byproducts behind them until returning back to Dallas.]

Alex: “We had no radio, so everybody was playing songs on their iPhones, holding it in the middle of the car.”
Derek: “Yeah, my stereo got stolen parked right out here [in East Dallas] like a year ago.”
Alex: “We listened to two Pantera albums and one Metallica album over and over.”
Derek: “The Pantera and Metallica actually cut through pretty well. You could hear those the best because of the loud drum hits and the heavy attack on the guitars. So, yeah, you could hear that on the iPhone speakers.”

What are the best modifications you've made to the vehicle, decorative or otherwise?
Ruth: “Our trailer keeps getting tagged, and we just let it.”
Derek: “It's pretty much just the Cherokee. It's pretty equipped for it already. We just made the little back area into a little bed so that people would sleep back there.”
Ruth: “We didn't really change anything, but when you have a lot of people in there, you can't open the back door. So, when a person needed to get out of the back door, one person would have to stand on the trailer to alleviate weight, then somebody else would have to open the door.”
Derek: “Because of the post on the trailer, the hatch wouldn't clear that.”

Anything else we you'd like to tell us about your vehicle?
Alex: “We had that one situation where we were trying to get a shitty hotel. We sent Ruth and Derek in as like a couple to get the room. They kept asking if it was only two people and they said yeah. And, of course, we all piled into the hotel. Then when we leave in the morning we get back into the Jeep and the lady comes up to us like, 'Hey, you had five people in there!' And we were like , 'No, no, everybody else slept in the car.'”
Derek: “She kept saying 'Why'd you lie to me!?' She was really sad, and I felt really bad.”
Alex: “He goes 'What do you want me to do?' And she said, 'Ten dollars.'”
Derek: “It was only a $35 hotel. It was in Bristol, Virginia.”

Cutter performs May 25 at Lola's. Blackstone Rangers performs July 20 at Granada Theater with The Octopus Project. 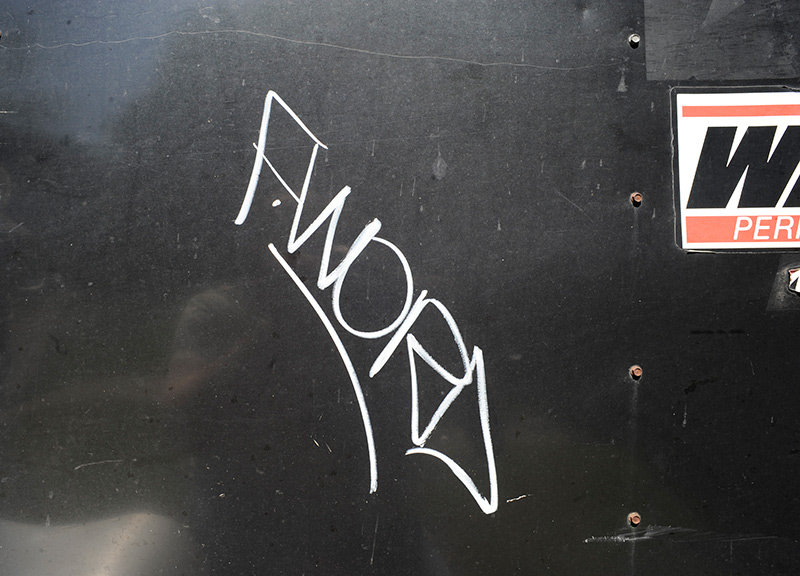 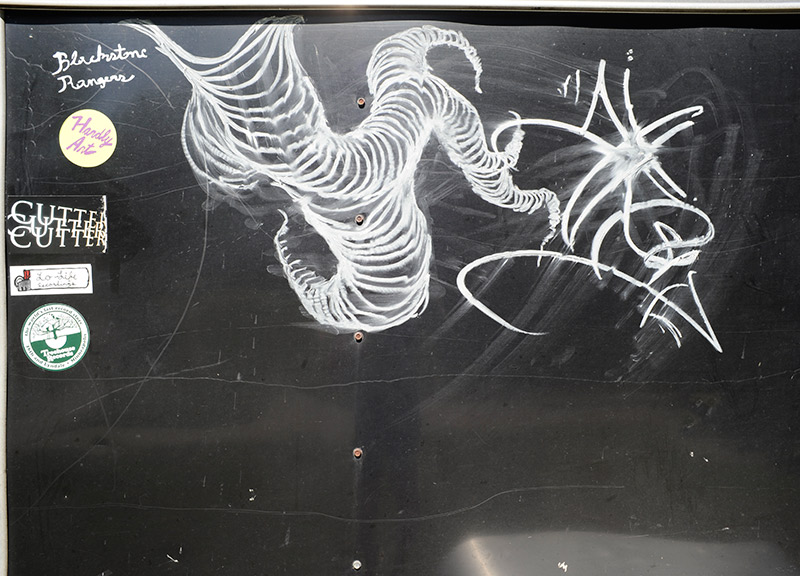 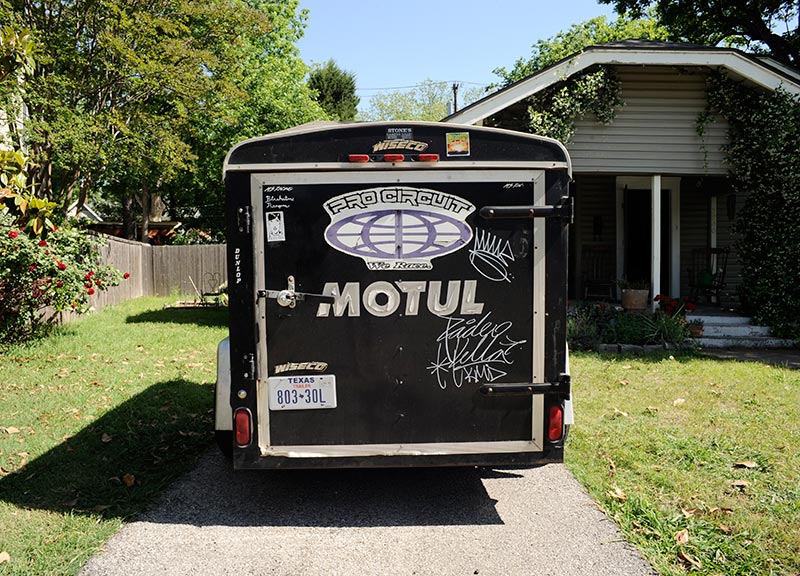 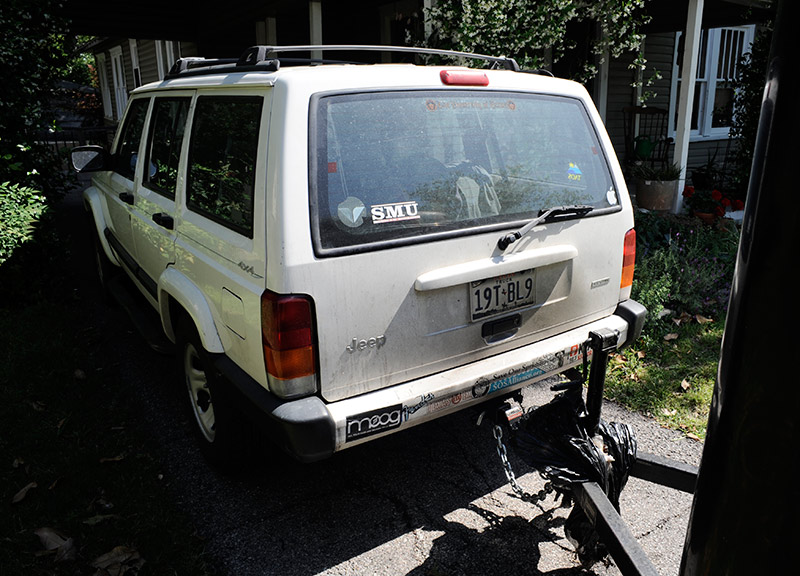 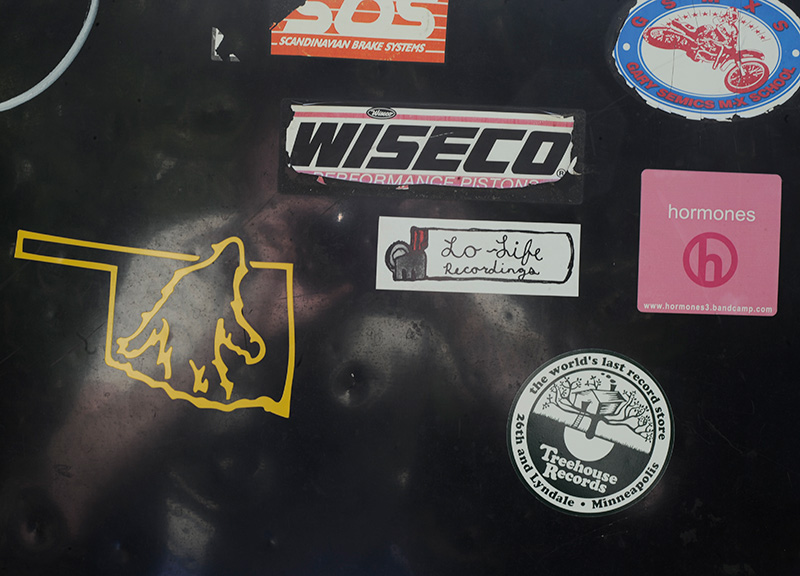 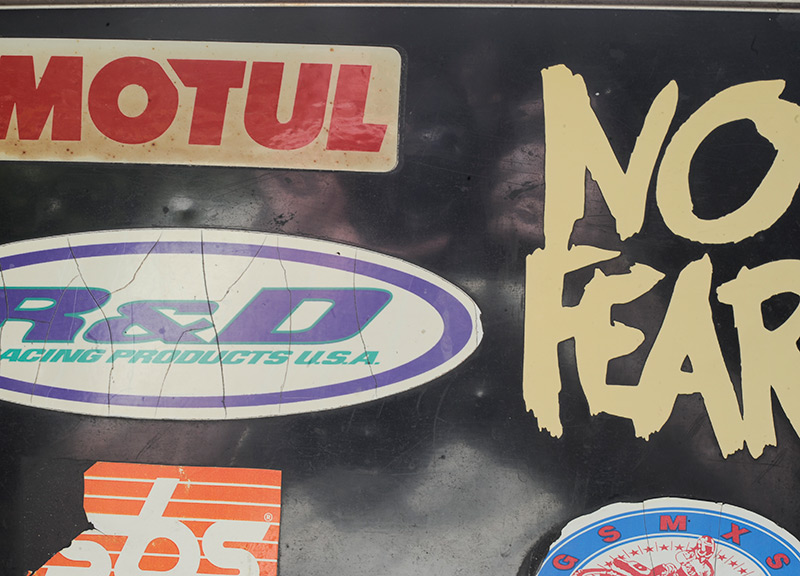 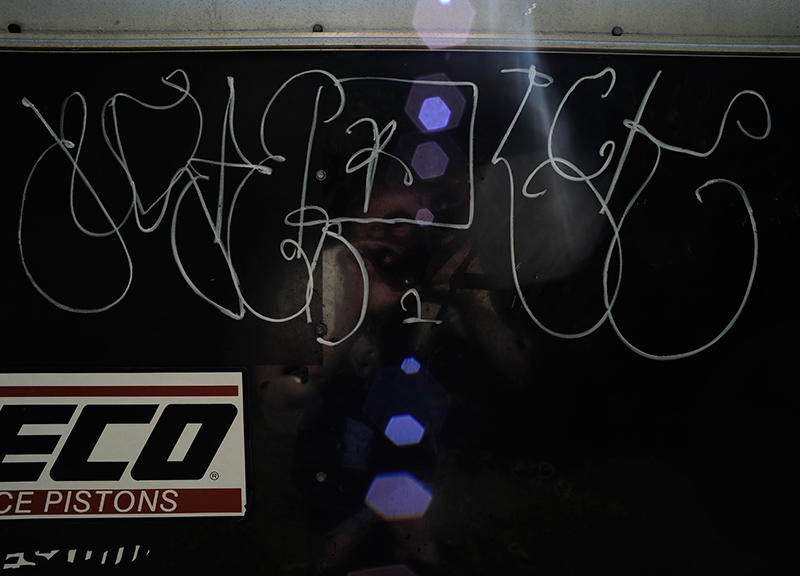 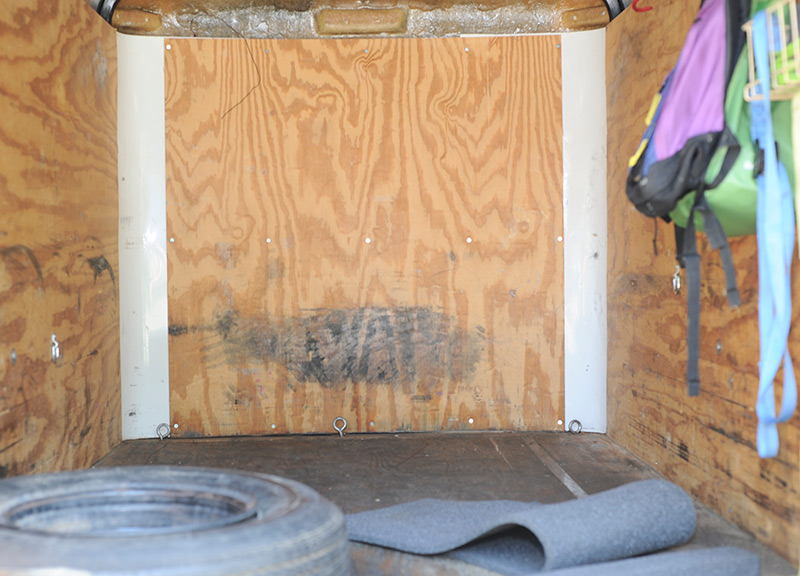 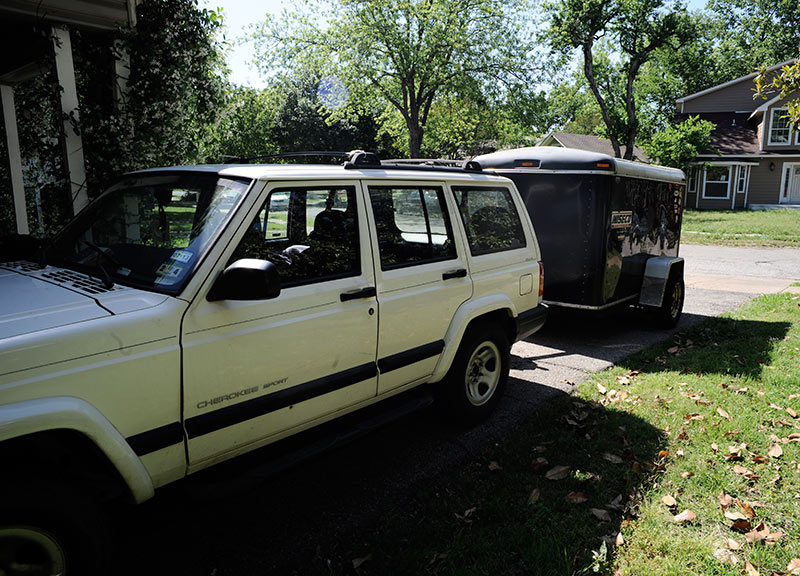 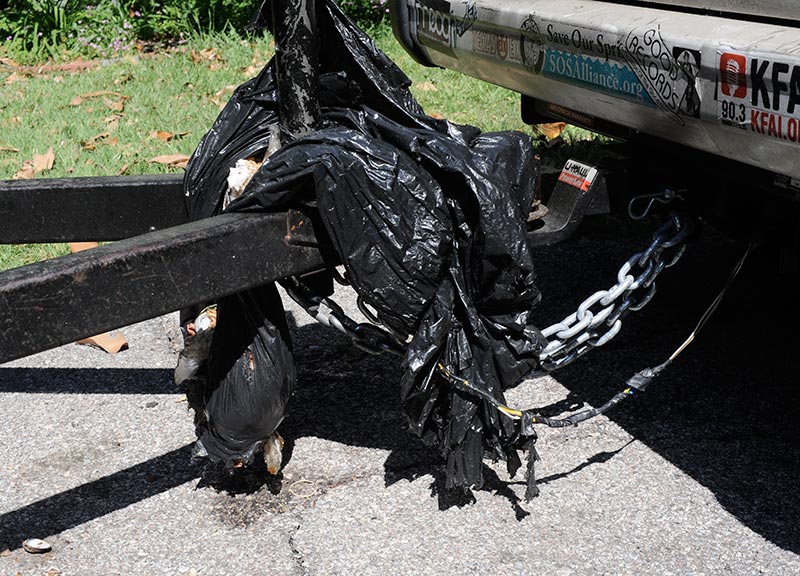 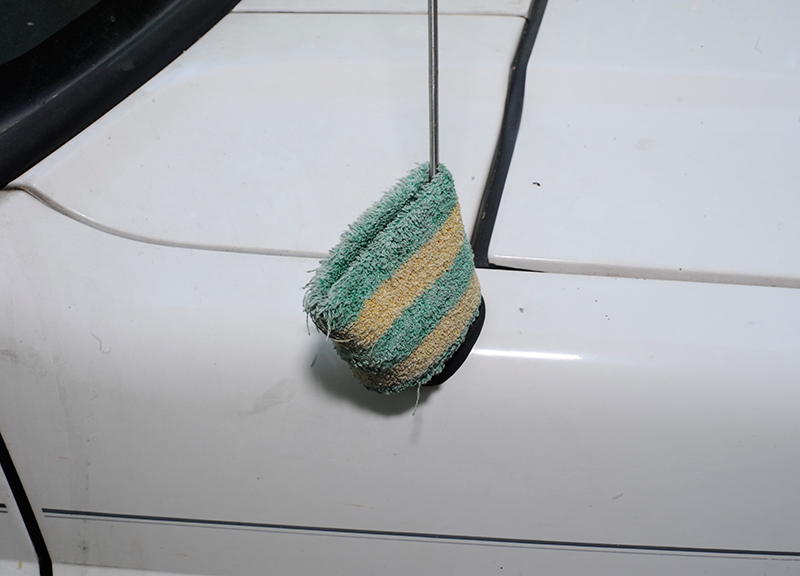 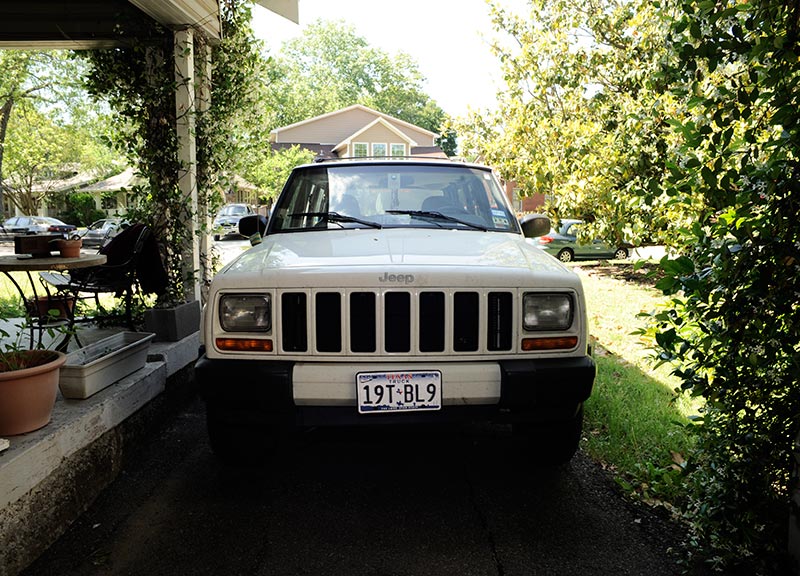 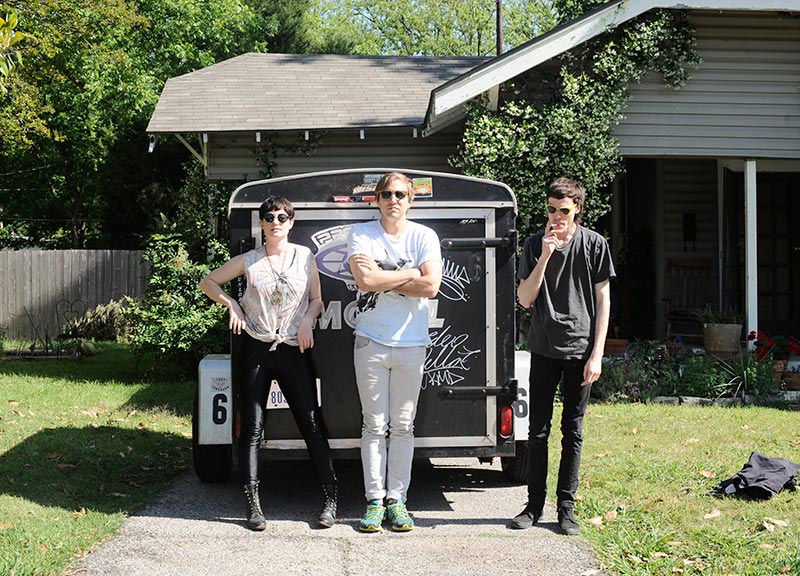