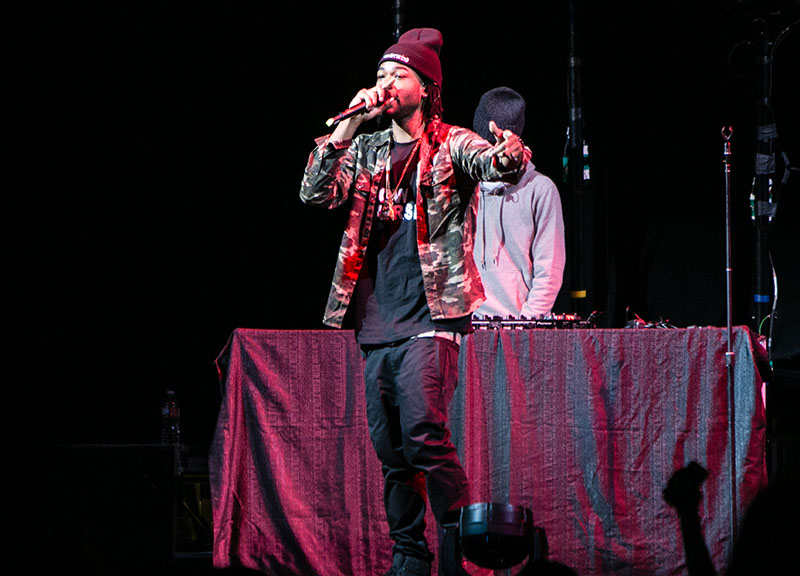 Last night, in front of a sold-out American Airlines Center, hip-hop megastar Drake capably showed why he's achieved more success in his four-years-or-so career than most artists will earn throughout their entire lives. For starters, the man born Aubrey Graham acknowledged from atop his elaborate, circular, UFO-like stage, he's got more hits than most artists ever will.

“I got a hundred of these shits!” he boasted to his hungry crowd, teasing the number of hits he could theoretically perform throughout the course of the night.

Though a hundred may indeed be something an exaggeration, it's really not that far off: His latest batch of hits from his third (and third platinum-selling) studio album Nothing Was The Same, has only bolstered his catalog in this regard. And, fittingly, it was the focus of this performance — even if Drake received a ton of collaborative aid on this most recent effort.

He hasn't forgotten that, and in turn spent a large portion of his set reciprocating all that love. After a lengthened version of “Tuscan Leather,” NWTS's lead track, the Toronto rapper slipped in a couple of previous hits “Headlines” and “Crew Love” from 2011 within the track, then brought out a special guest. Leading up to that unveiling, Drake explained his reasoning for it: Texas is his second home, he said, and though that's something that nearly all cities on his current worldwide “Would You Like A Tour?” series of concerts will hear, it felt genuine on this night, in part because Lil Wayne helped launch Drake's career at a show in Houston in 2009 before signing the artist to Cash Money Records. So, in honor of that great southern label, Drake brought out Juvenile to perform “Back That Azz Up,” a track Drake sampled in “Practice” from 2011's Take Care.

Drake continued to share the stage throughout the night, too, mainly with opener Future, who performed a couple songs not offered up during his own set, including “Same Damn Time.” Then Drake performed the NWTS tracks featuring Jhene Aiko before lastly (if not somewhat awkwardly) sharing the stage with a fan who flew from Australia to see him. Affectionately, he serenaded her with his latest No. 1 hit single, “Hold On, We're Going Home.”

For the most part, the set was medleys of Drake's earlier singles — an attempt, it seemed clear, aimed at getting through them so he could focus on his large body of more recent works. It's no surprise that the sold-out American Airlines Center crowd relished in the moment of each of these songs, though. For that, Drake reciprocated his appreciation by taking time (maybe too much time) to walk about his the catwalk hovering above the middle of the AAC and peer out into his crowd so he could single out a few fans so as to show his appreciation. Then, to close out the hour and a half's worth of hits, Drake finished with his latest, most beloved material: “Fuckin' Problems,” “The Motto,” “HYFR,” “All Me” and “Started From The Bottom.”

Still, much as Drake made a point of it to say that this tour was for the fans and for helping new talent the way he was helped — hence his in-performance showcasing of Jhene Aiko and openers PartyNextDoor (Drake's latest OVO signee), Future and Miguel — it was undoubtedly a showcase for himself, too.

As he partied through with his live band — and, yes, he was adamant about this night being a party, performing bangers such as “Pop That” and the summer smash “Versace” — Drake proved last night that he is all things: a rapper, a crooner and a dancer.

But, above all else, Drake proved himself an entertainer last night. He was great. 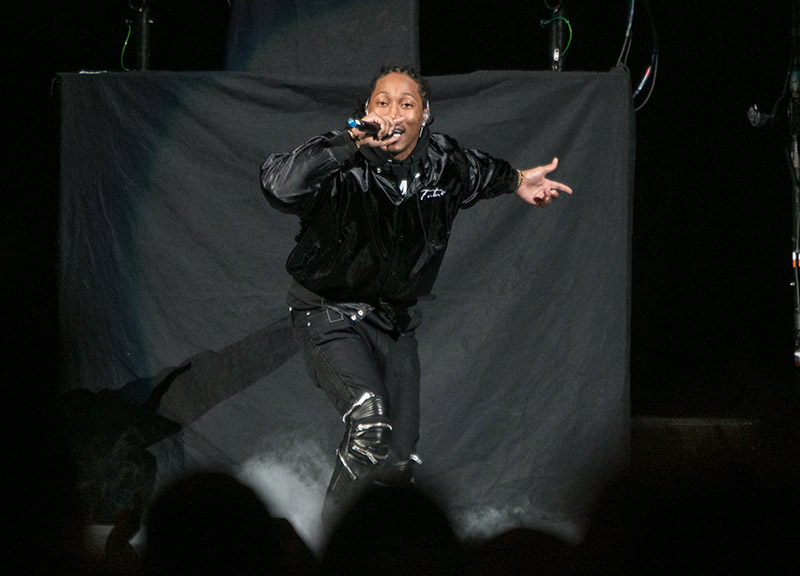 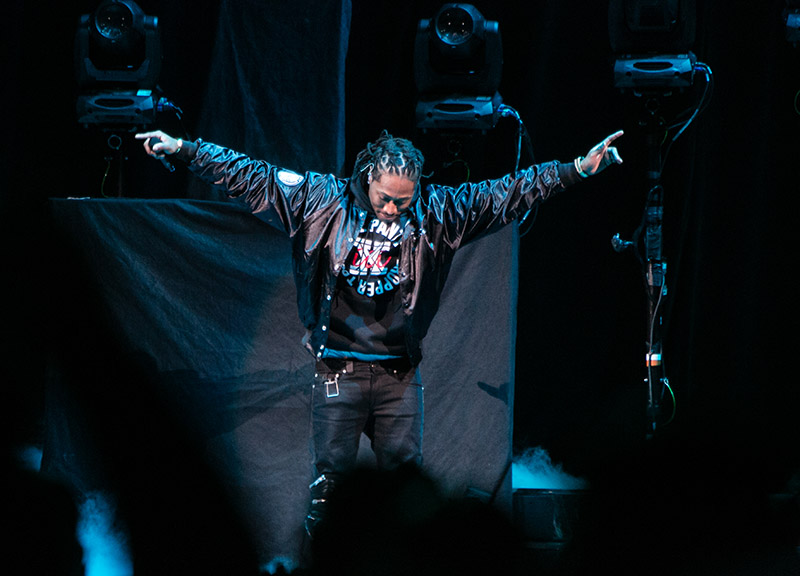 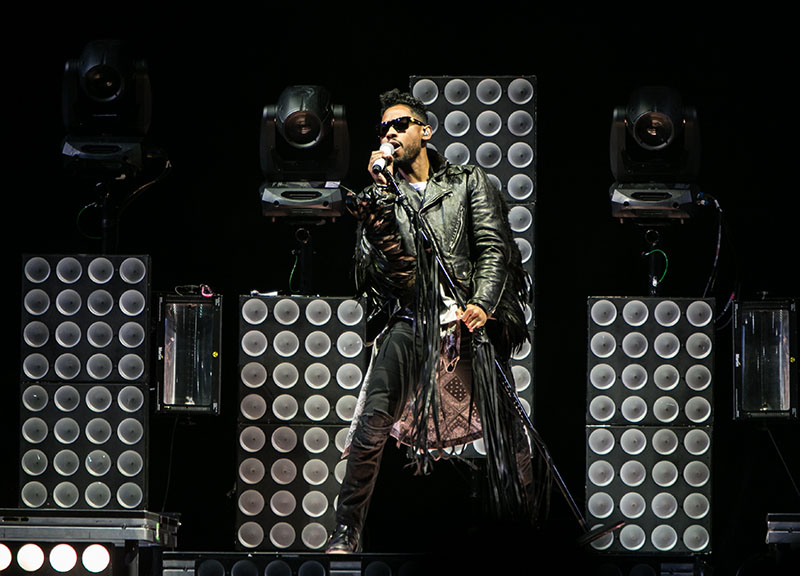 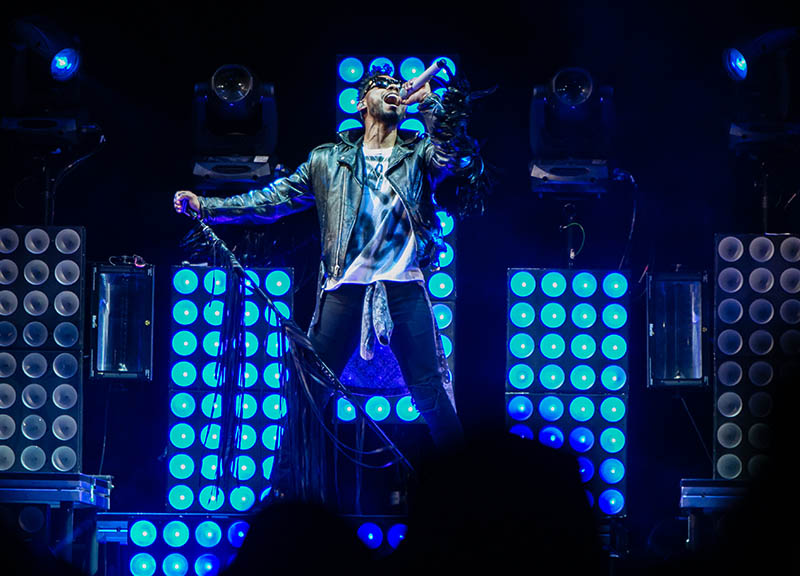 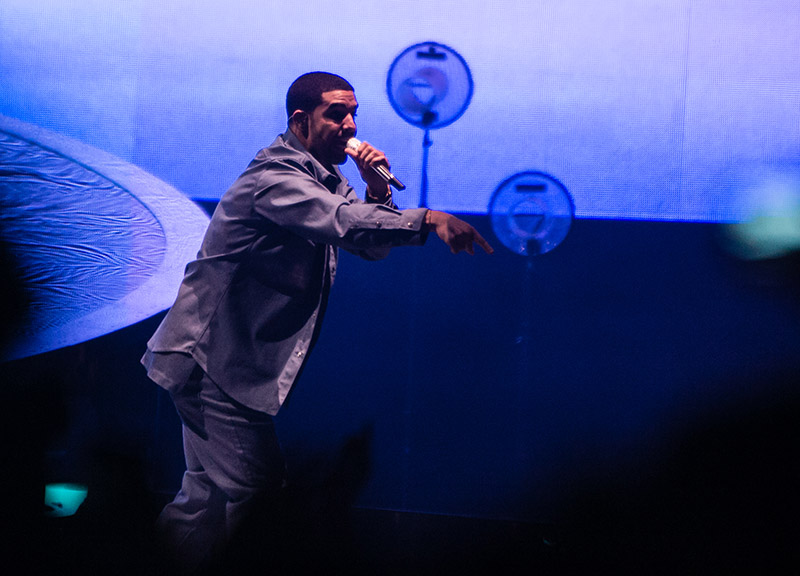 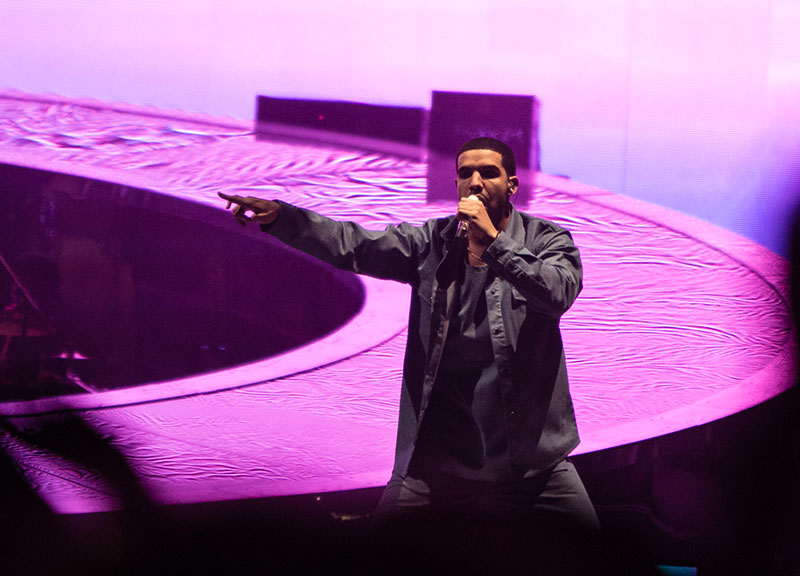 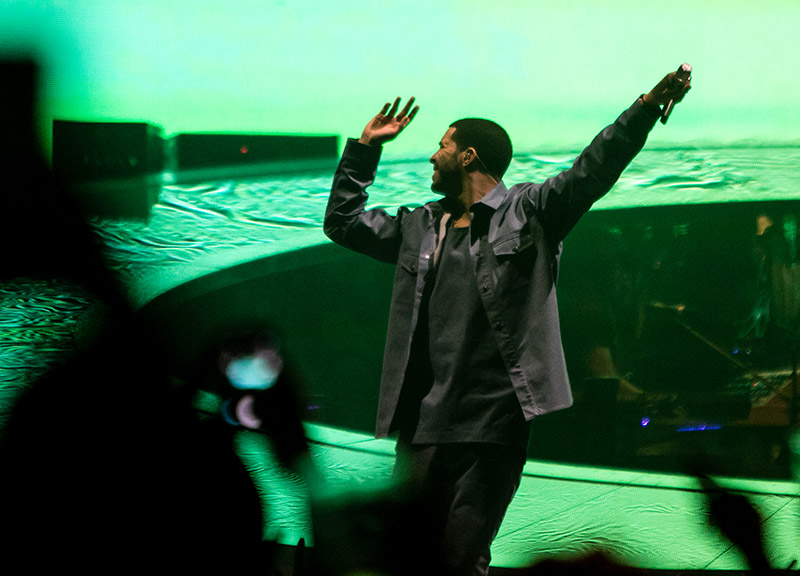 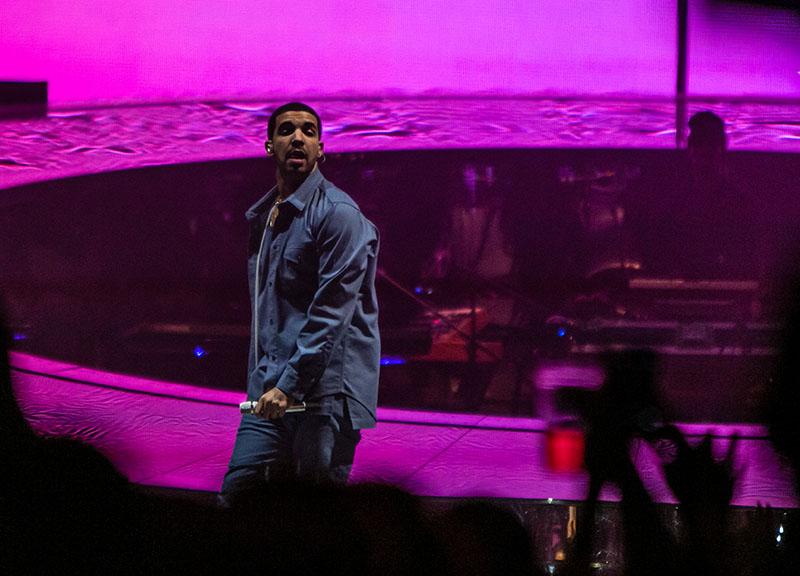 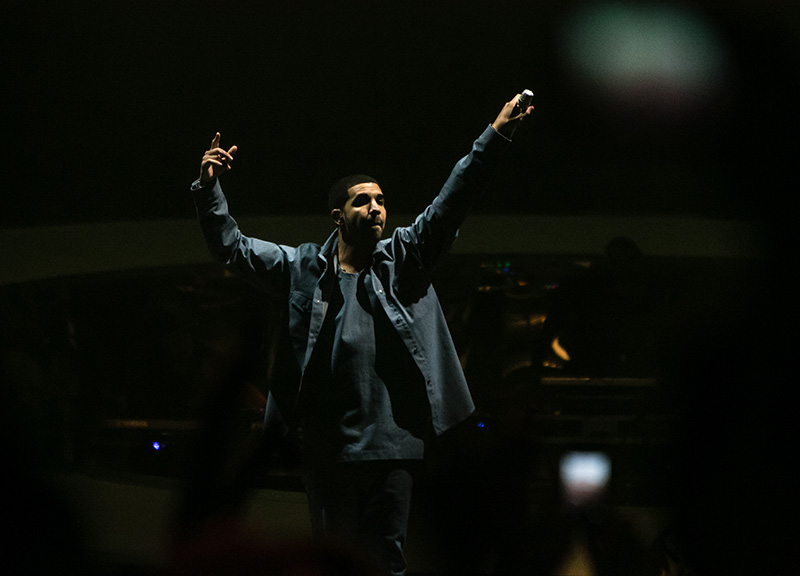 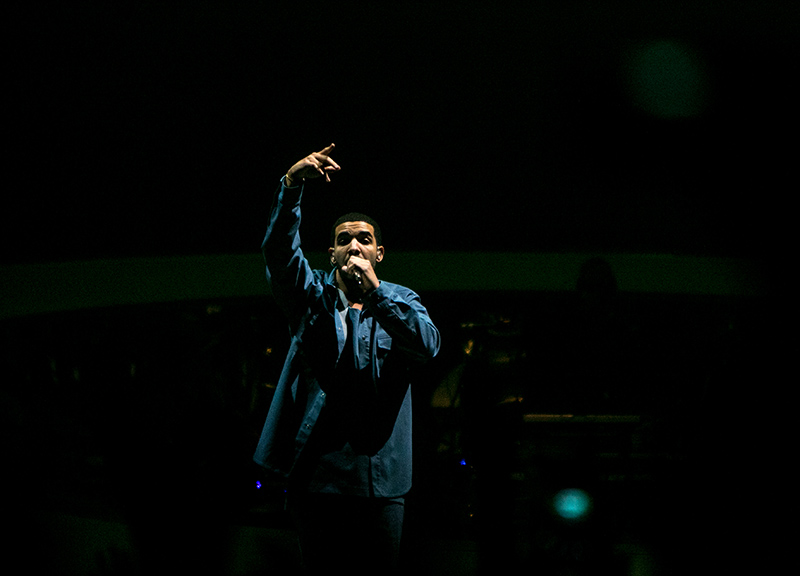 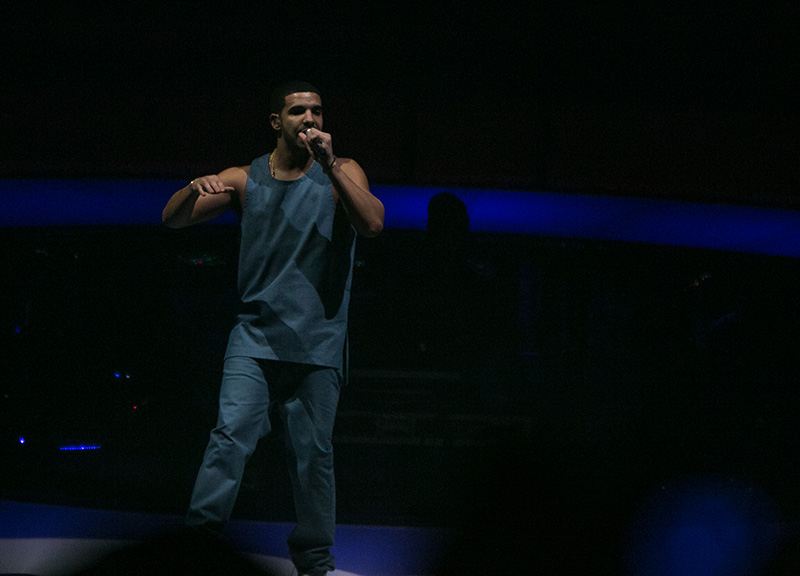 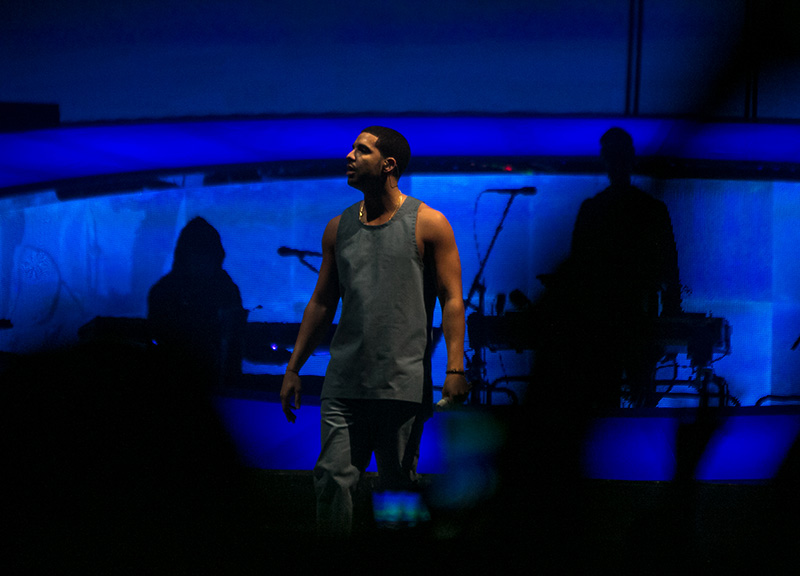