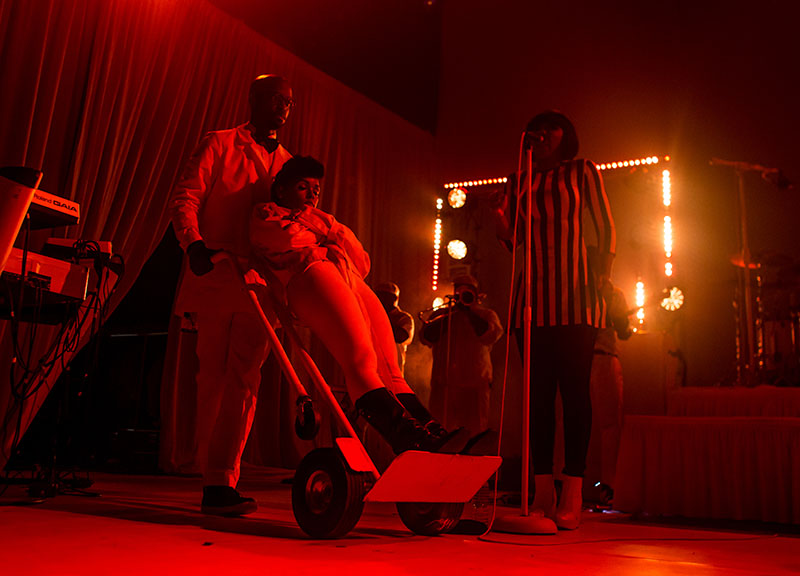 Scenes From Saturday Night's Janelle Monae Show at the House of Blues.

I'm not 100 percent sure that Janelle Monae isn't a robot.

And, surely, that must be music to the futuristic R&B singer's ears. It is, after all, the entire storyline of her discography to this point, dating back to 2007's debut Metropolis: Suite I (The Chase) EP, continuing on through 2010's breakthrough The ArchAndroid LP and perhaps best showcased on this year's The Electric Lady. That most recent effort is, rather inarguably, a master work: Its ballads (“Primetime” and “What An Experience”) are gorgeous; its pop efforts (most notably “Q.U.E.E.N.” and “Dance Apocalyptic”) are infectious; and its call-in radio-mocking skits about intergalactic dalliances are effectively hilarious. Throughout these works, Monae crafts herself in the image of an intergalactic icon known across the galaxies as Cindi Mayweather — a character that may or may not also be the god-like ArchAndroid, although, all efforts aimed at casting doubt in this regard thrown aside, it'd be disappointing at this point if that weren't what ends up being the case.

Regardless, the point remains: Monae doesn't want her audience to be sure that she's human. And, on Saturday night at the House of Blues, she really didn't do much to hurt that end goal.

The singer allowed but one human moment throughout her 90-plus minute offering — a sole acknowledgment to her crowd that, after a string of cancelled dates so she could rest her voice, this was her first show back on tour. That rest did the singer well, surely: Monae's voice never wavered — not a once — as she, backed by two backup vocalists on top of a seven-piece band, all dressed in their best “Q.U.E.E.N.” black and whites, mostly stuck to Electric Lady save for two main-set-ending offerings of The ArchAndroid singles “Tightrope” and “Cold War.”

She sounded more powerful than anything. Looked it, too.

And, to be sure, that was the aim of this performance: From the set's open, which saw lab coat-donning stage hands wheeling Monae out all Hannibal Lecter-style with the singer wrapped in a straitjacket, and then onward to the non-stop, high-energy display that followed, Monae very much looked near-robotic on this night. She pulled off James Brown-derived foot shuffles and slides with ease, never once breaking a sweat or knocking a single of her well-coiffed hairs out of place. Her entire body was a blur all night long — the lone exception being her blindingly white perma-smile, which reflected the venue's many lights almost as well as the stark white backdrop and stage set-up that surrounded her.

She employed some tried-and-true methods throughout her performance, too: In homage to Brown once more, her stage hands draped her in a cape at one point; later, she instructed the entire audience to crouch down before leading them in a cathartic bounce-along; and, eventually, she dove out onto her crowd, getting passed above her fans to the venue's soundboard and back.

But — and this is important — these moments didn't feel as contrived here as they might in a lesser artist's hands. Instead, they felt like ploys learned by a careful observer of human interaction and nature — the lessons culled from someone who's seen the successful efforts of Earth's most compelling performers and become so inspired that she's since set out to top them.

And, for the most part, she did. It was remarkable. It was almost beyond human.

OK, I admit: More than likely, Monae probably is human. Still: It really wouldn't be hugely surprising if she weren't, would it? I mean, we'd all buy it, right? C'mon: The deliberate way with which she goes about her business and her image? That's sentience of another, higher kind.

Alas, she's almost certainly flesh and bone, just like you and I. Because life isn't quite like Battlestar Galactica just yet.

But, at this point, it's still abundantly clear all the same: Monae's substantially greater than the norm. 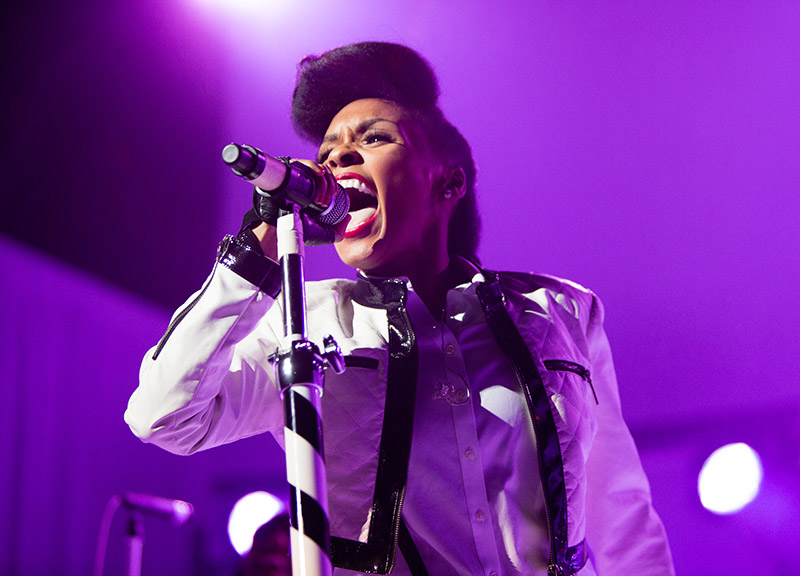 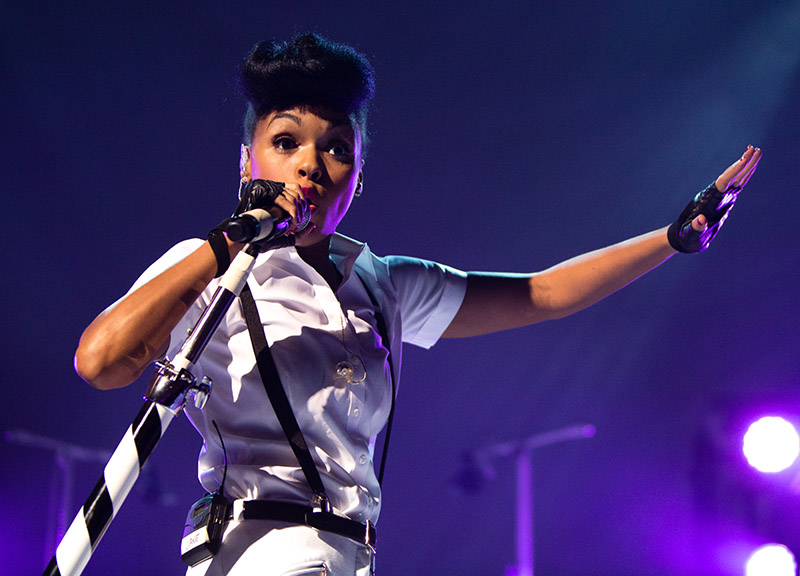 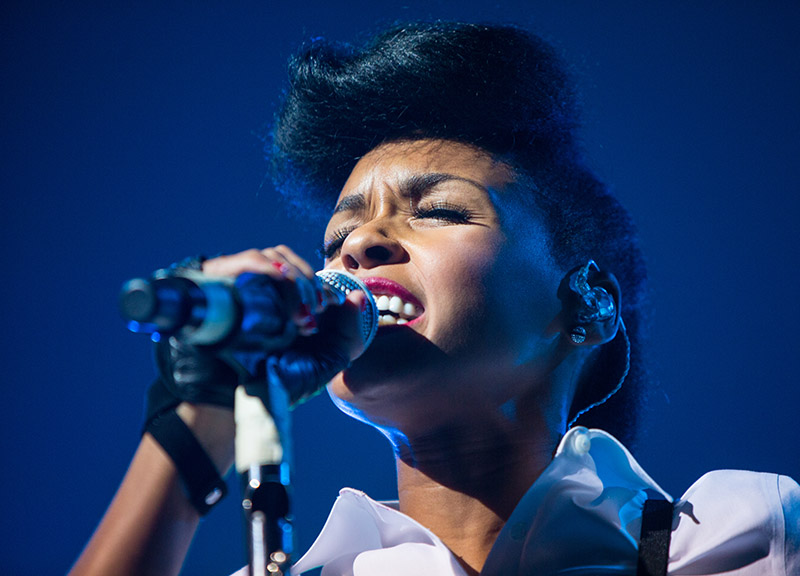 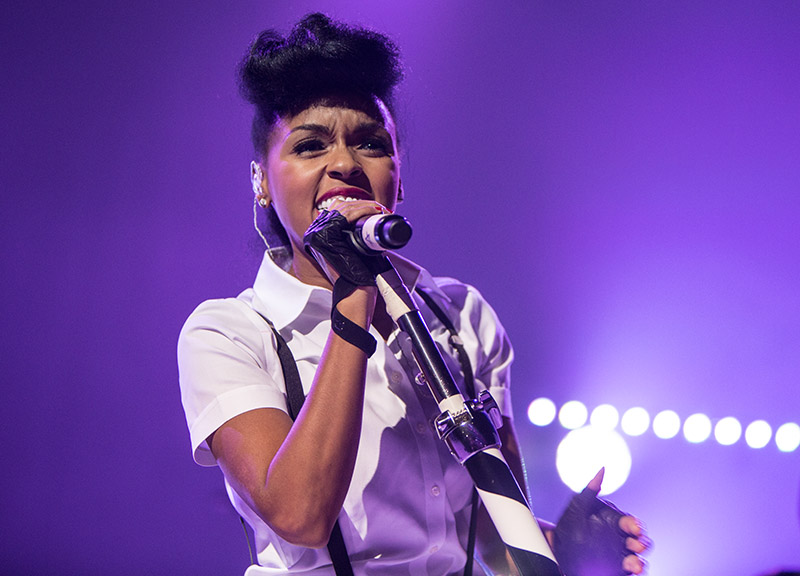 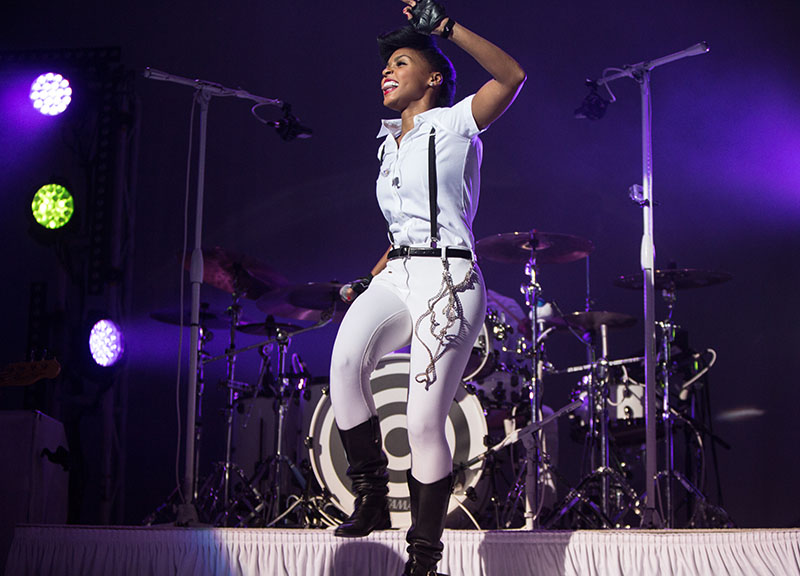 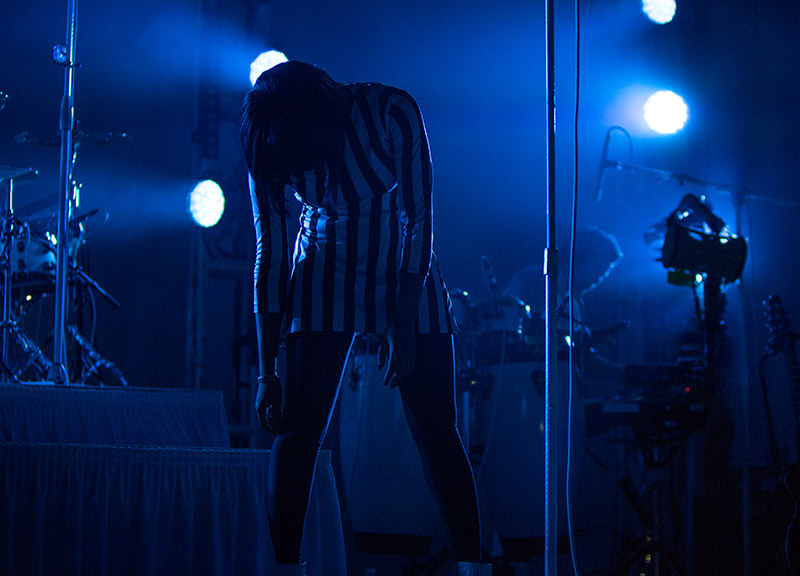 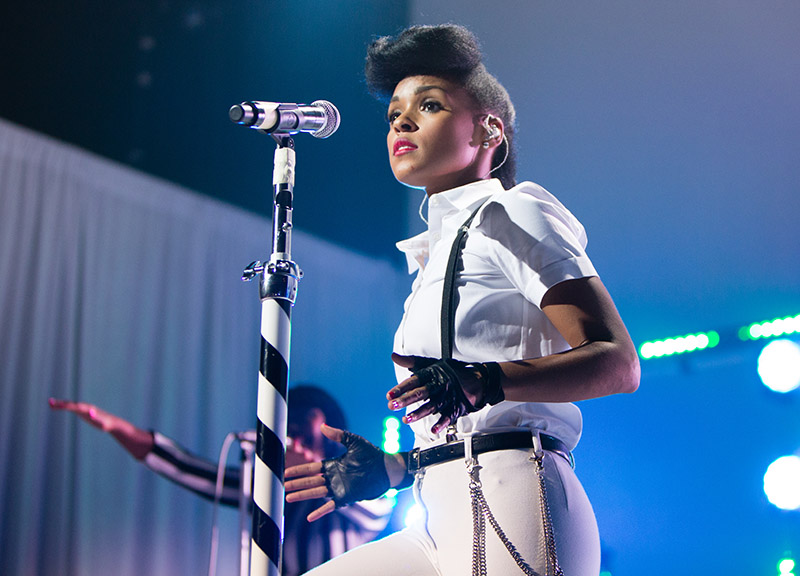 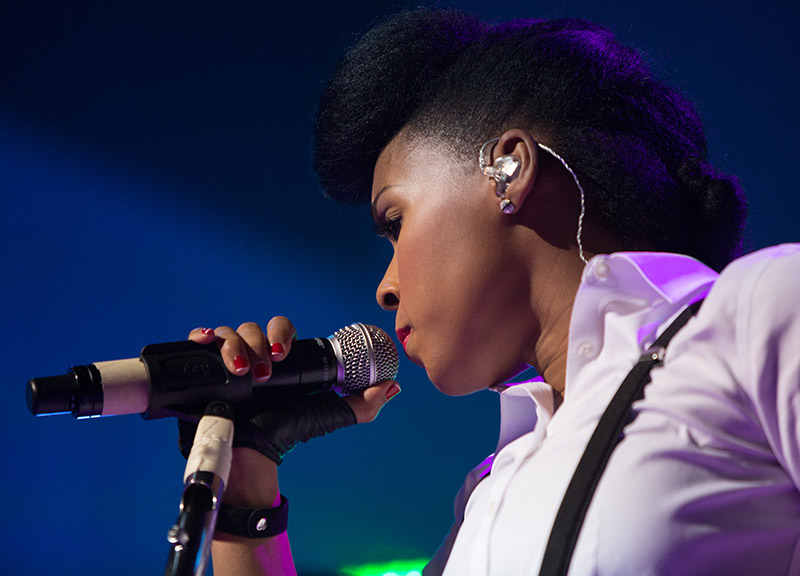 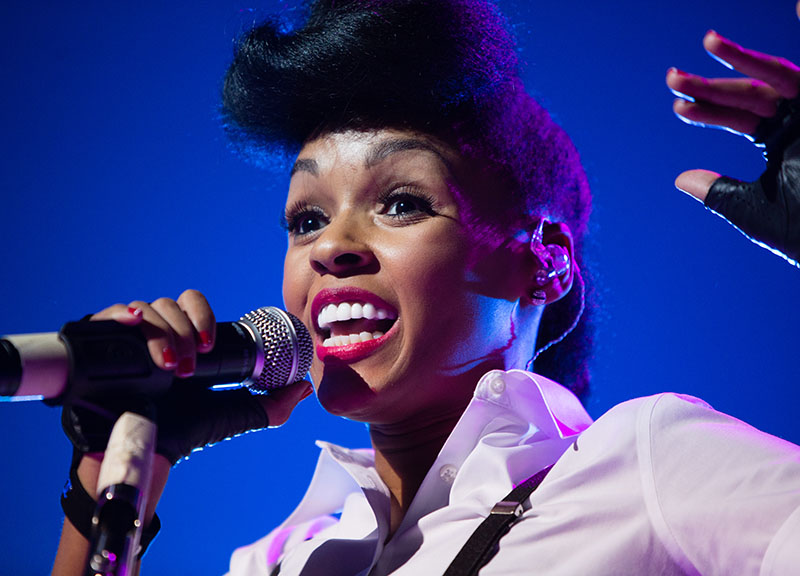 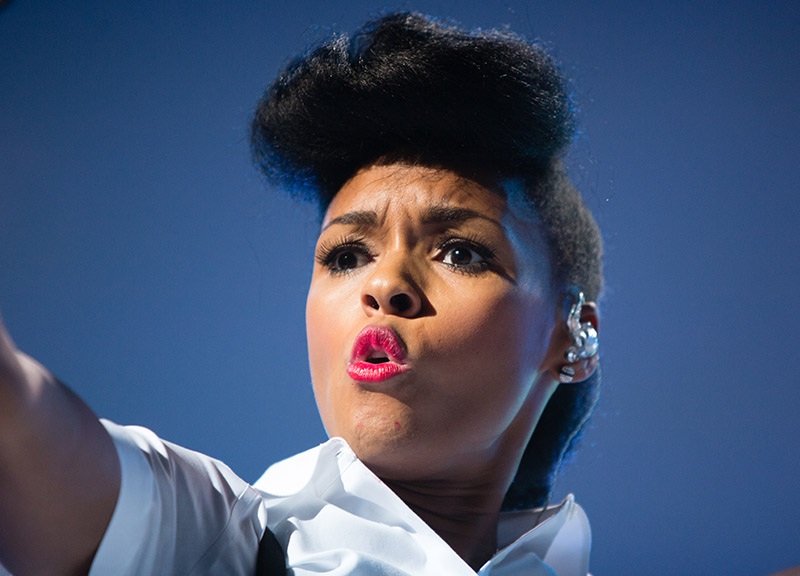 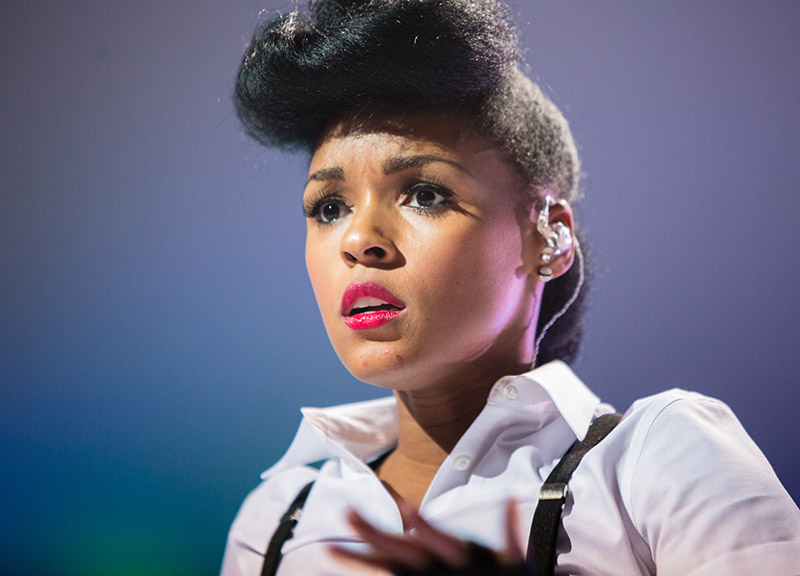 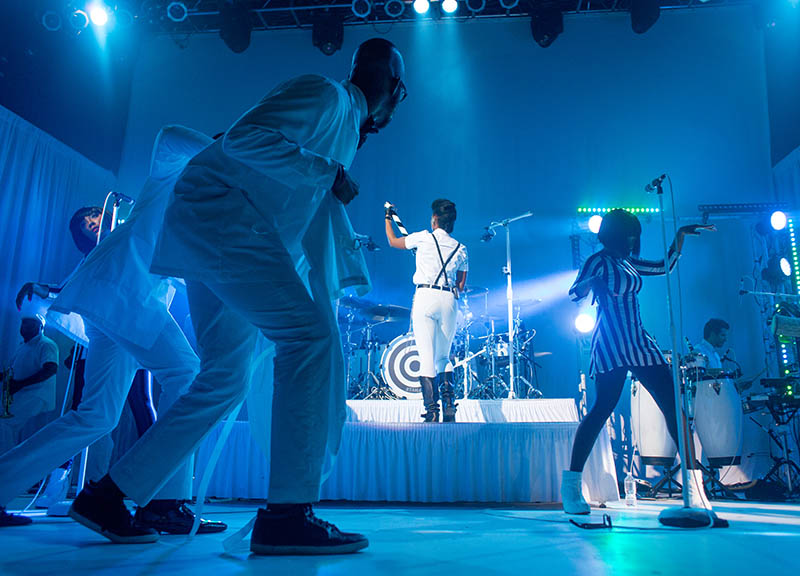 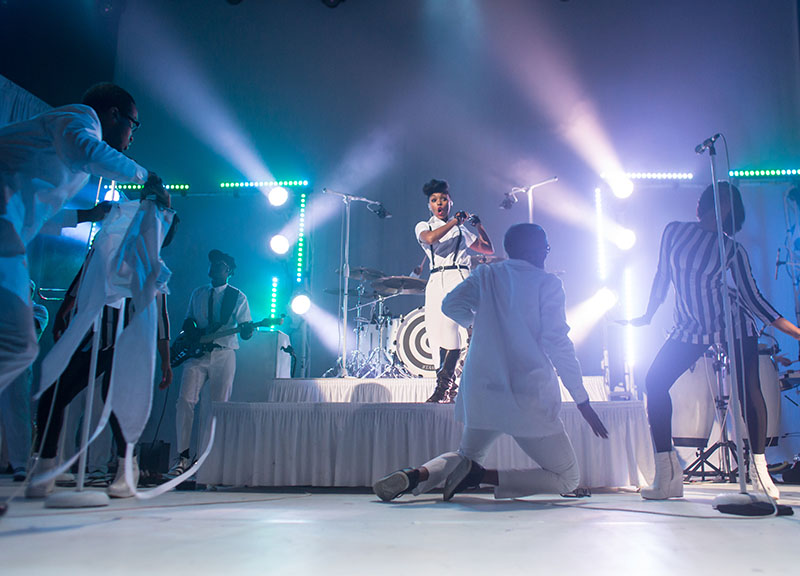 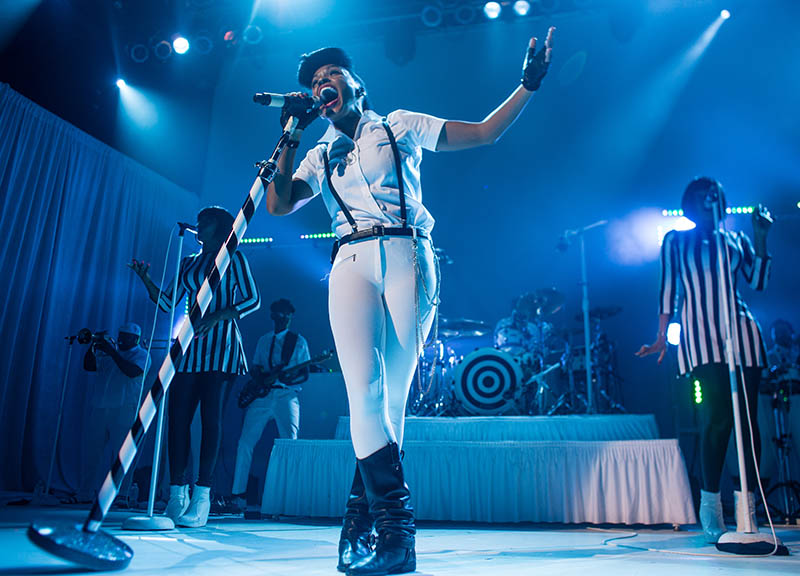 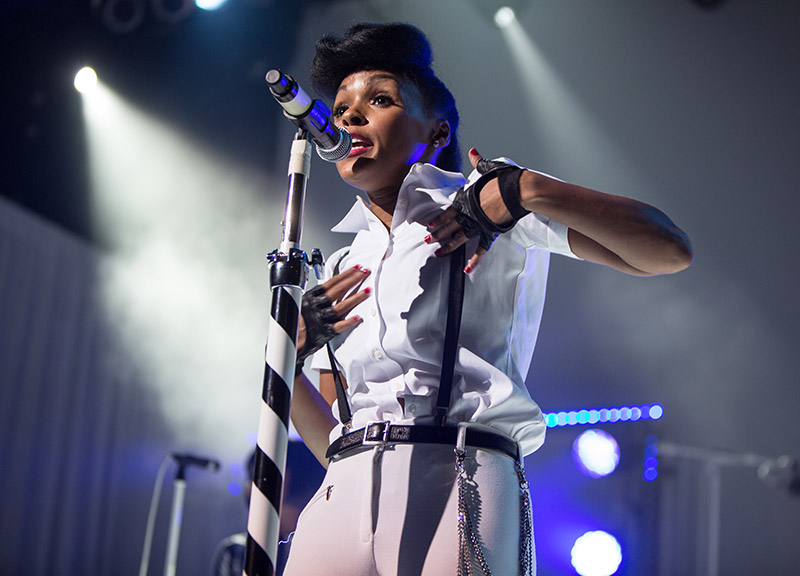 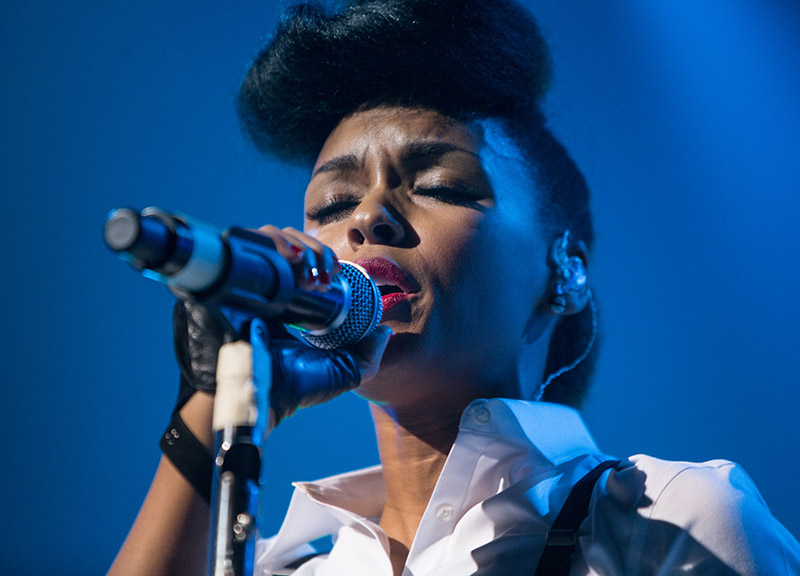