Talking Shop: Why Isn’t There A Music Shop in Deep Ellum? 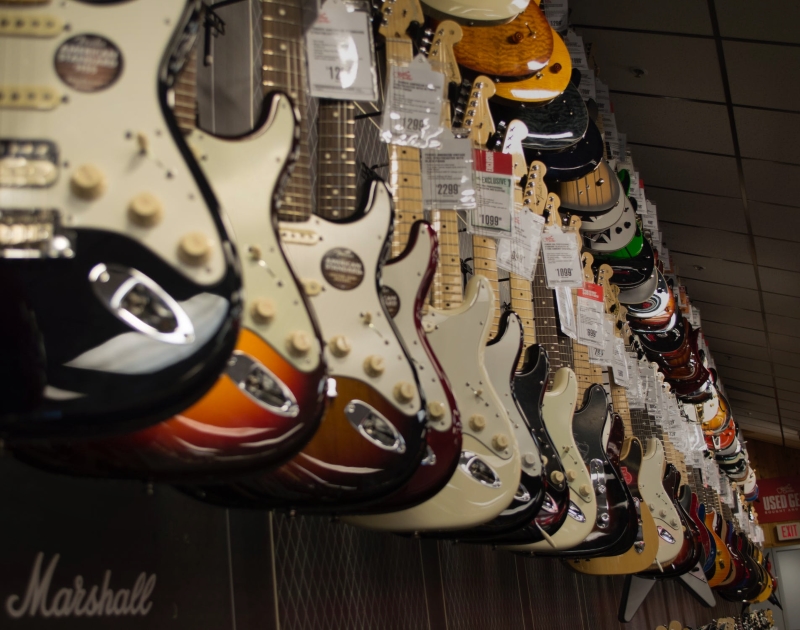 It’s About Time There Was A Music Shop In Deep Ellum. Can Someone Open One, Please?

At its core, Deep Ellum is where Dallas music lives and breathes.

It’s basically always been this way, too. In the early days of Ellum, legends like Blind Lemon Jefferson, Huddie “Leadbelly” Ledbetter, Texas Bill Day, Lonnie Johnson, Little Hat Jones, Emma Wright, Bessie Smith, Ma Rainey and Benny Moten all played regularly in the area. Pianist Sam Price even once called it a “breeding ground” where musicians cut their teeth before they were good enough to move to Kansas City or New York.

In recent years, the neighborhood’s evolved a more complete identity, which is cool, too. Long the home of some of the city’s hippest bars, 2015 saw Deep Ellum’s identity grow to include several of Dallas’ best restaurants as well.

But it’s so much more than that. There’s multiple places brewing their own beer now, several vintage shops and other boutiques, a number of tattoo shops, a place to get tattoos removed, at least a handful of art galleries, a bike shop, a few coffee shops, some barber shops (real and fake), boutique candy stores (also real and fake) and even a place to sensory deprive yourself.

Point it, there’s a little bit of everything down there these days. And yet in spite of all that diversification, music undeniably remains Deep Ellum’s heart and soul.

To that end, there’s a bar that sells records and names its cocktails after local musicians, a recording studio where bands like Goodnight Ned and Party Static have cut albums, and just too many live music venues to count. As much as Deep Ellum’s embraced change of late, it has still maintained a very musical identity.

Which makes us wonder why the fuck there isn’t a music shop in Deep Ellum. Dozens of bands play in the neighborhood every single night of the week, and you mean to tell me there’s not a single place to buy guitar picks or strings? It’s hard to wrap my head around.

Let’s say, hypothetically, I’m a band from out of town, I get to the Deep Ellum venue I’m set to play that night, I go to load in and realize I left my capo in the last town. What are my best options at that point? Zoo Music is eight miles away, a 20-minute drive in traffic. The Guitar Center on U.S. 75 — or Guitarget, as I like to call it — is six miles away, or 15 minutes up the highway. Sam Ash is even farther up 75, more than 20 minutes from Ellum.

But more than that, two of those three shops I just mentioned are big box stores that are mostly devoid of any personality whatsoever. And Zoo’s got tons of cool vintage gear, sure, but good luck getting them to actually sell any of it to you. Where’s the Deep Ellum mom-and-pop music shop run by that cool old gear nerd that played in that one locally famous band back in the day? That’s a guy whose shop I’d like to walk down to and buy my next one-of-a-kind ax from — or, hell, maybe just shoot the shit with.

Think of all the possibilities, too. More than just a place to grab a 9-Volt battery for that Big Muff, Deep Ellum’s only music shop could offer lessons or maybe instrument repair and/or guitar setups. It’s not just musicians that would benefit, either. Music venues need new cables, mic stands, SM58’s, direct boxes and all sorts of other crap like all the damn time. You know how hard bands are on gear that’s not theirs?

Oh man, and you know all those neighborhood wide fests, like the Observer‘s annual awards showcases, where all of the venues provided backline gear? All that gear could be rented from Deep Ellum’s currently-nonexistent music shop so as to, y’know, keep things in the neighborhood.

Let’s face it. Musicians live in Deep Ellum. They eat there. They hang out there. They play there. They take their dogs to the dog park there. They basically do everything there except for buy their equipment there.

That just doesn’t seem right, does it?