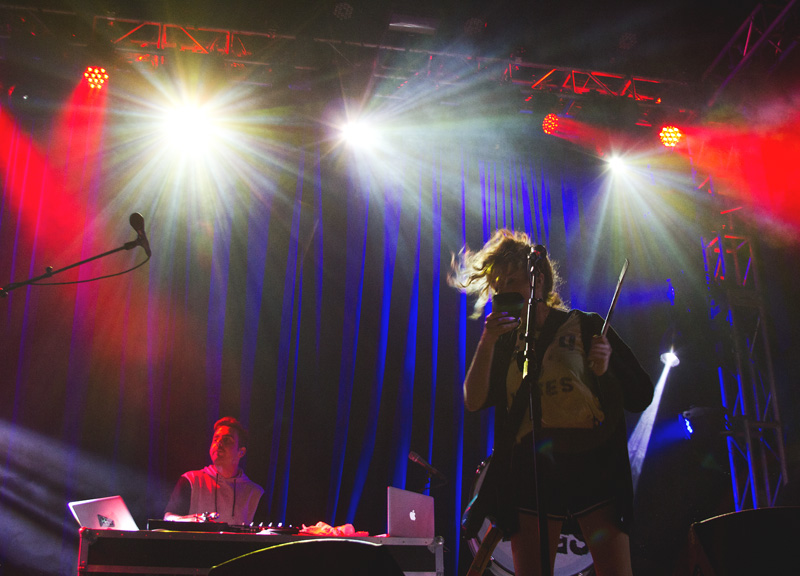 In the time that passed since the duo's last Dallas show back in 2012, the Ting Tings kept themselves busy by recording their third album, Super Critical, with Duran Duran guitarist Andy Taylor in Ibiza. If you want an idea into their mindset over that stretch, consider this: Super Critical is said to have been greatly influenced by a strain of marijuana commonly found on that famous Spanish party island.

That maybe explains the lack of a rush behind it. But it doesn't really say anything as to whether that October-released effort from Katie White and Jules De Martino brings much life to the Ting Tings beyond their widely adored, 2008 debut, We Started Nothing and its less-hyped 2012 follow-up, Sounds from Nowheresville.

For local fans of the band, last night's performance at the Granada Theater offered as solid a chance as any for that assessment to be made.

Seems the band itself has been taking stock of its surroundings of late, too. Fans received a glimpse into the group's new direction with songs such as the duo's new single, “Wrong Club,” which airs frustration with the current state of club music, earning prominent set list placement. But that's a weird gripe, really: Annoyed though the Ting Tings might be with what's being played in the club these days, their own material isn't necessarily a huge departure from everything the band claims to hate.

Truthfully, last night's show was anything but chill. That tone was set early on in the night, too, when the outfit performed its biggest hit, “Shut Up and Let Me Go.” The rest of the set followed suit with a mixture of a modern disco pop with tons of rhythm.

Whatever label you place on it, though, the crowd dug it. The audience danced consistently to the group's older material and paused only briefly from their frantic efforts when newer, less-familiar tunes were kicked off — right until they got back into things after deciding that familiarity really didn't matter. White deserves much of the credit here. She sold her band's efforts well, showing us all how to have a good ass night in the process. With her many quick guitar changes and impressive dance moves, all of which paired rather well with De Martino's rather insane drumming, it was hard not to get sucked in.

The duo had a few surprises up its sleeve, too: Instead of doing an encore, it just continued to play three other songs. Then, the twosome ended the night with an “acoustic” set — a term that is applied rather loosely in this instance. Alas, it was a fine capper to the evening nonetheless.

The whole thing was pretty great, actually. Everybody was constantly moving, regardless of what was going on around them or how much beer was getting spilled on them. The sweat, the gross beer smells, the ringing of your ears — it all proved worth suffering through in this setting.

It was a good ass night, indeed. 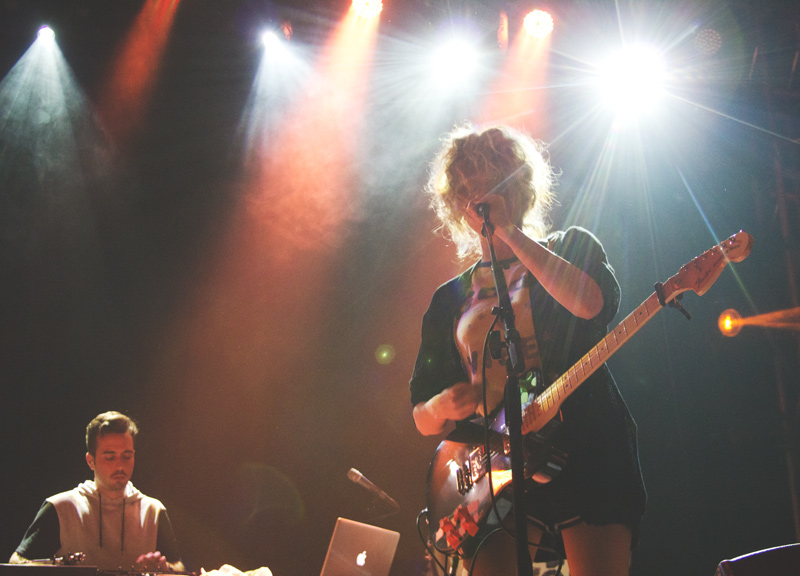 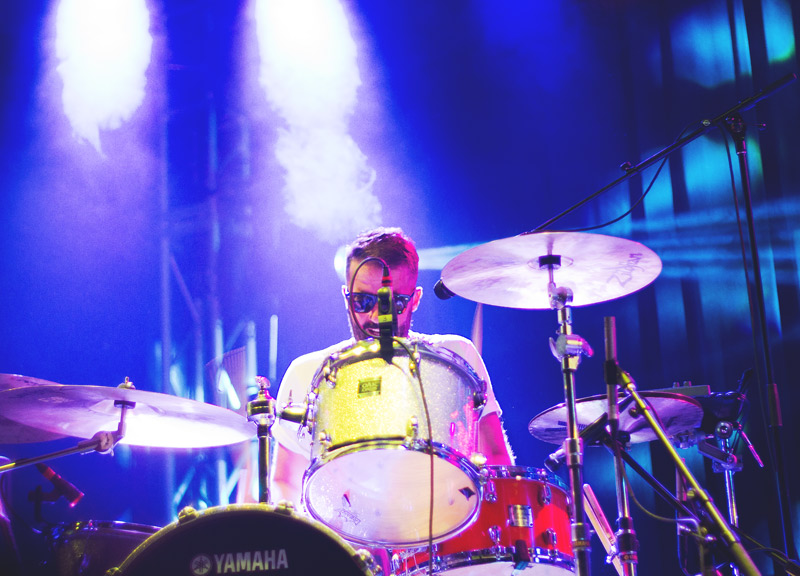 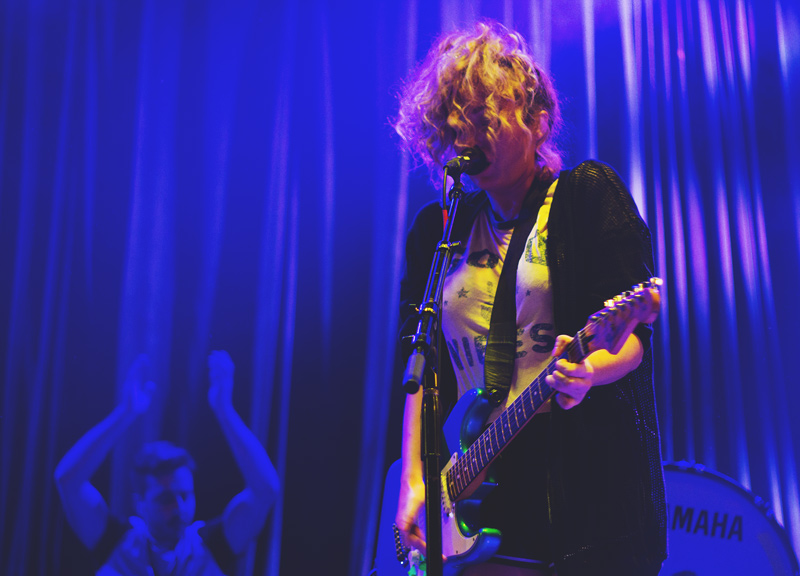 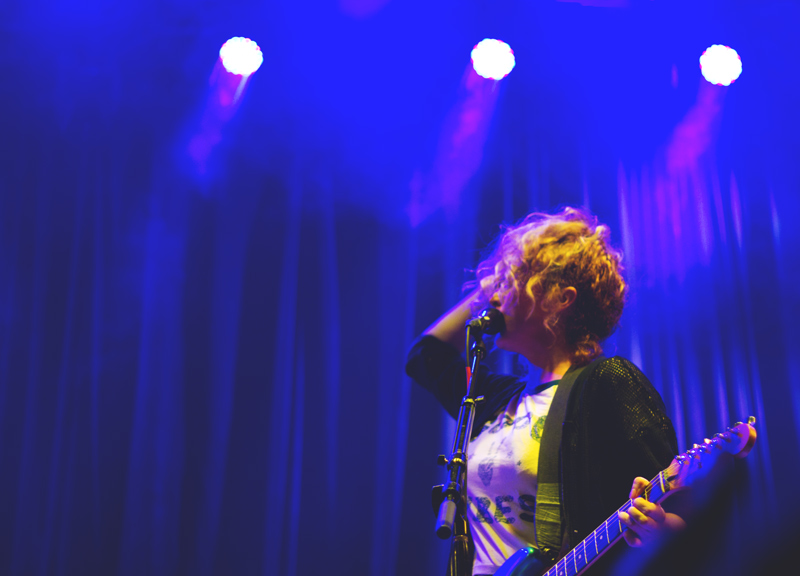 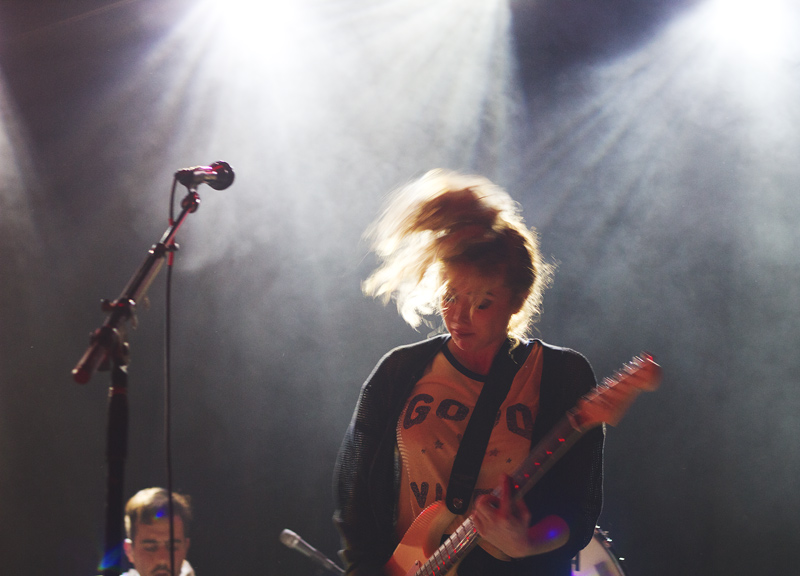 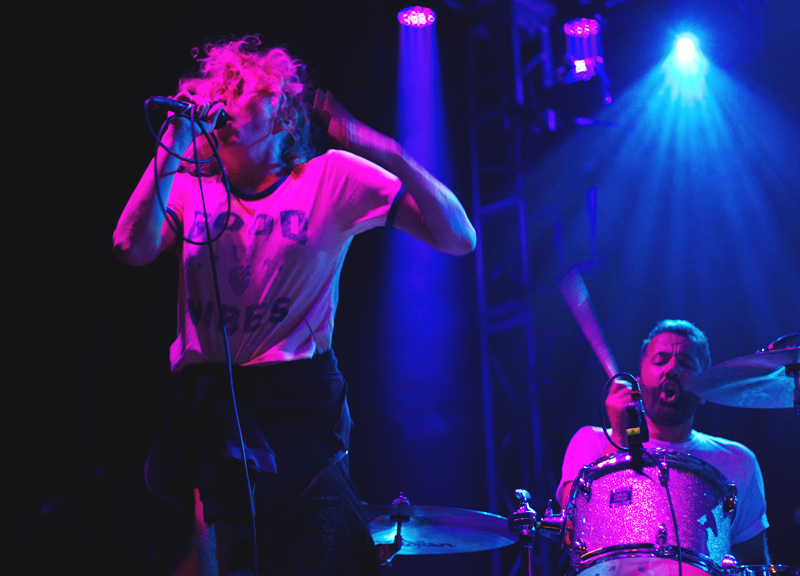 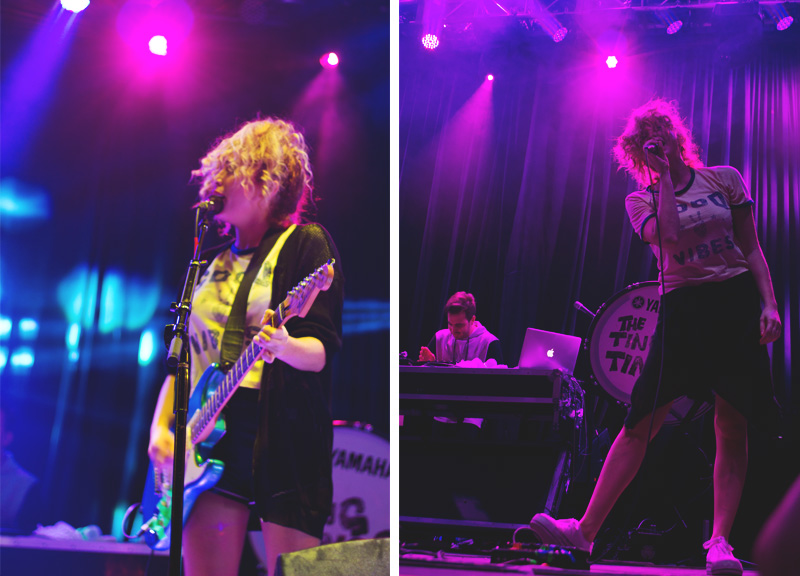 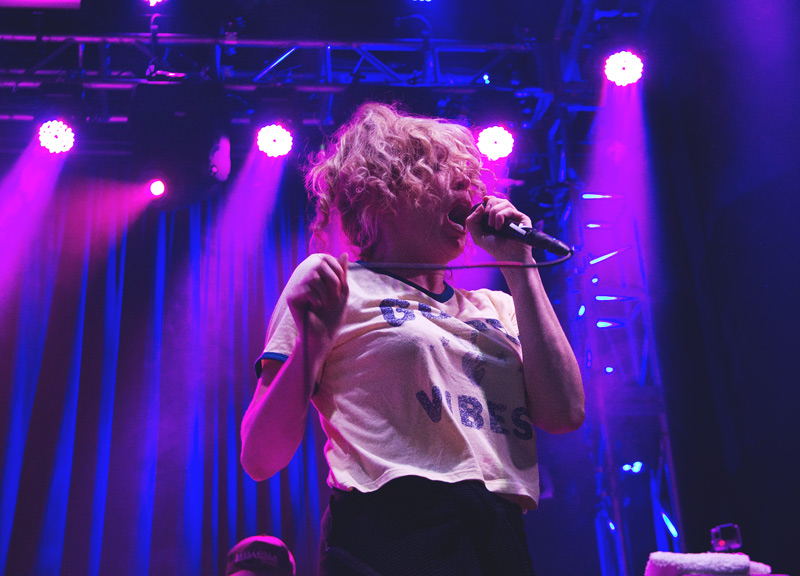 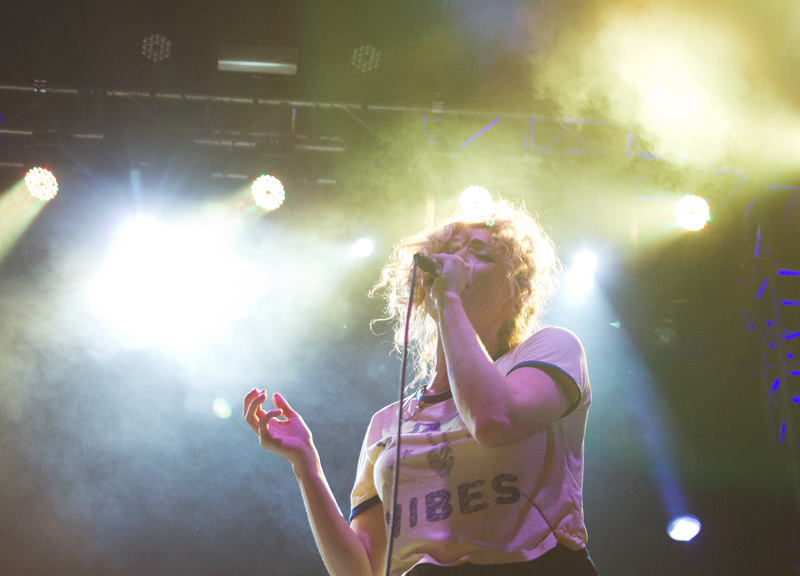 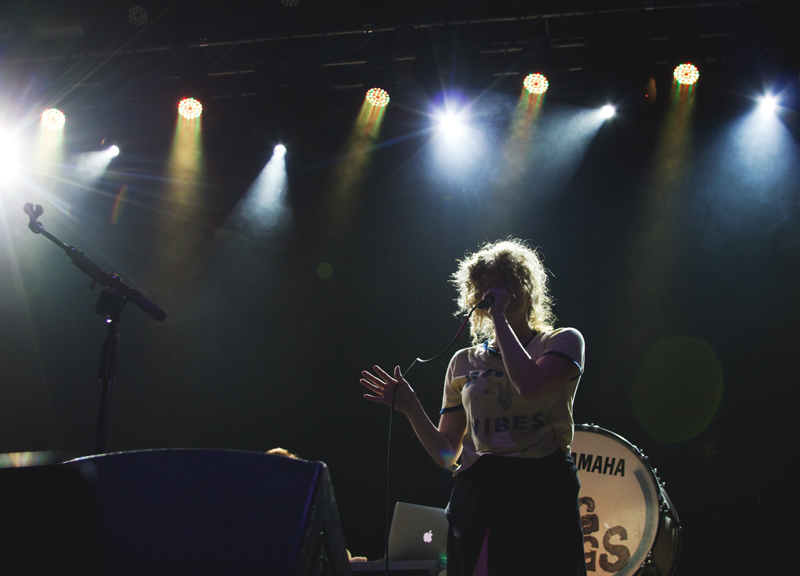 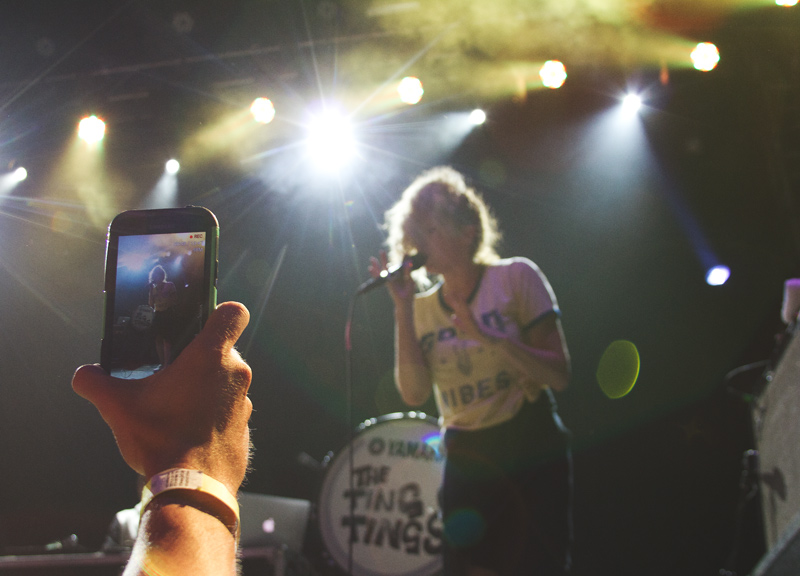 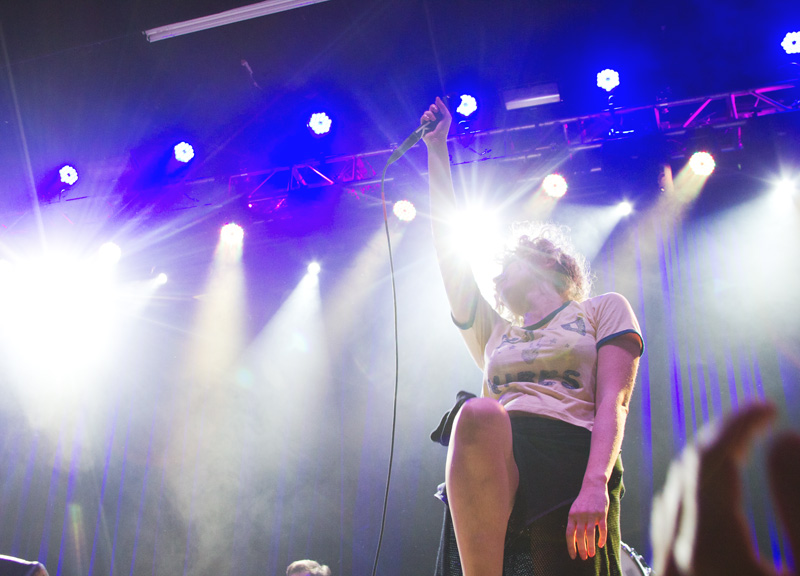 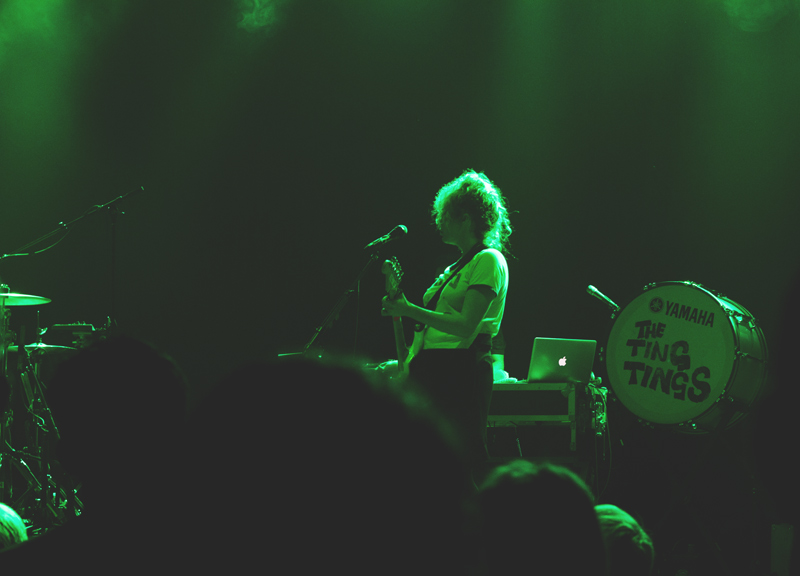 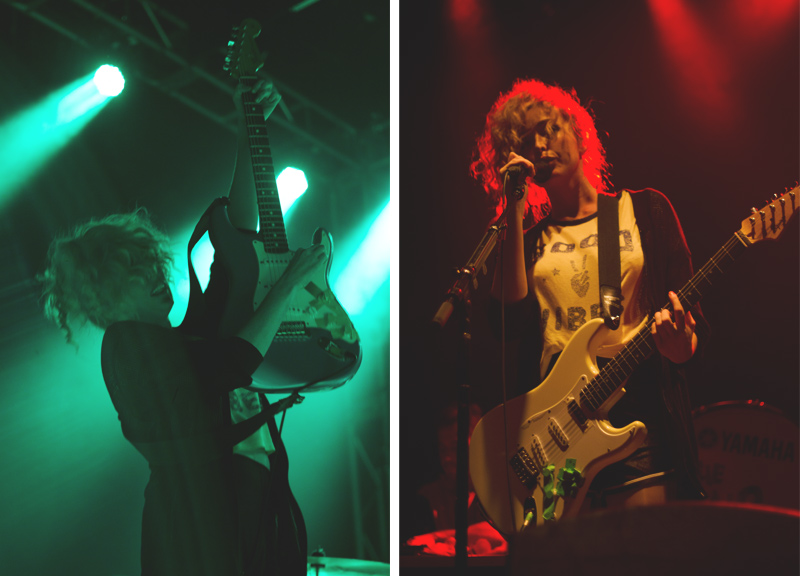 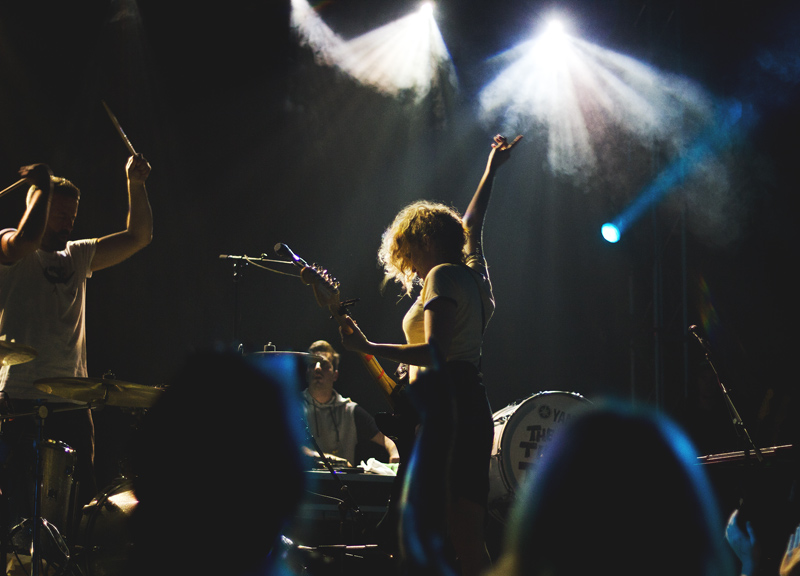 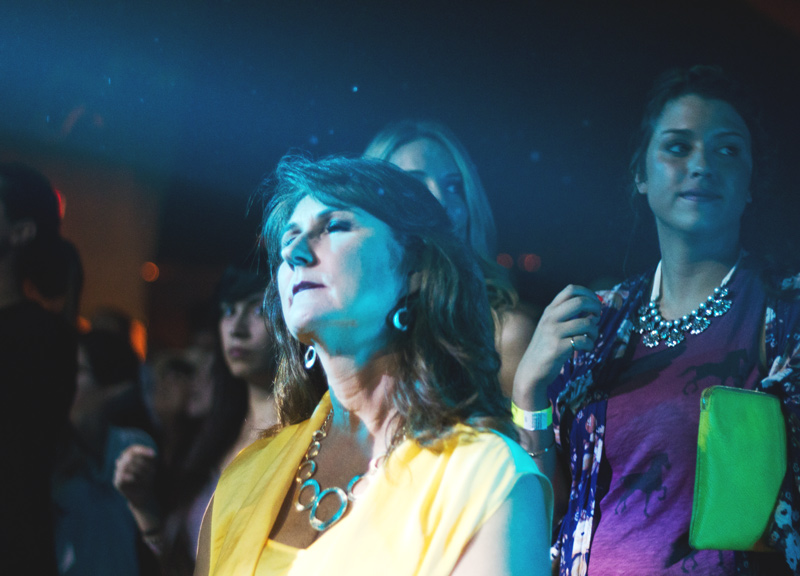 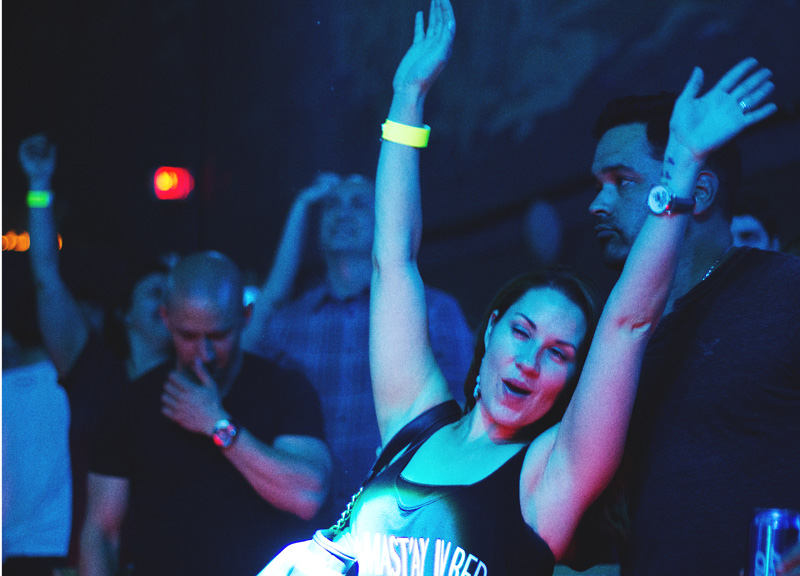 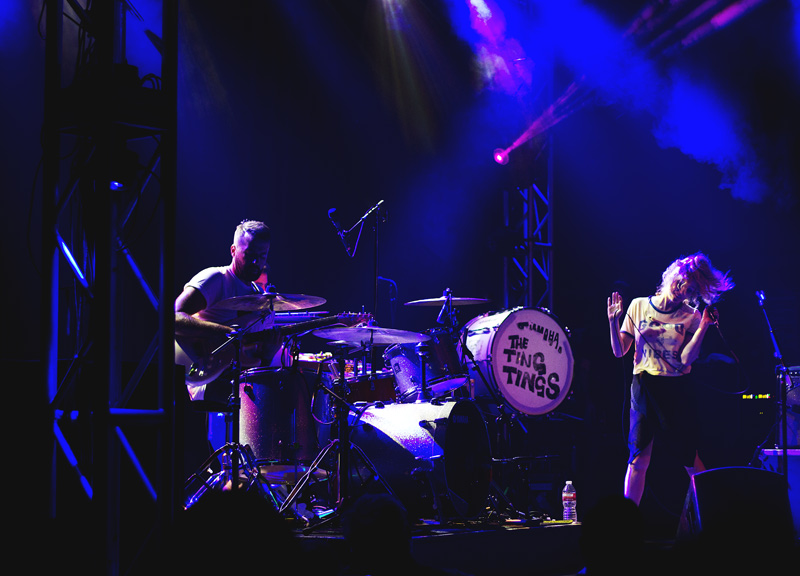