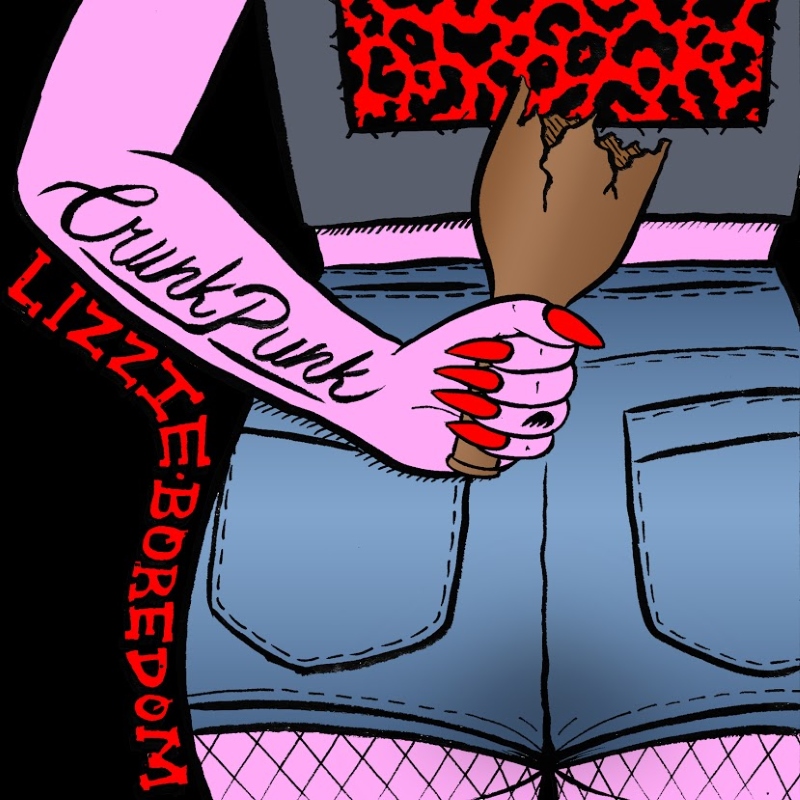 The timing for Lizzie Boredom’s first show couldn’t have worked out any more perfectly.

Just shy of its one-year anniversary, the much-hyped sleaze rock band Classic Cult played its final show this past Friday at Three Links, as its frontwoman gets ready to leave town. Then, just a week later, two of the band’s founding members, Stephanie Burns and Marie Boone, launch their new all-lady punk project Lizzie Boredom at the oh-so appropriate Bad Bitches Ball at Double Wide this Saturday.

Like we said, it couldn’t have been planned any better.

Actually, though, says Burns, it wasn’t quite like that. In fact, she says, she had written some of Lizzie Boredom’s material before Classic Cult was even a thing. Then, at a Here Holy Spain’s final show earlier this year, as its own frontman was getting ready to head to the West Coast, the rest of the pieces fell into place.

“It wasn’t my intent to have a band of all girls,” Burns says. “But after meeting Marie and talking with [Here Holy Spain bassist] Erica [Guagliardi] after the Here Holy Spain reunion show, it kinda just all fell into place. Like a year ago, I had planned to record with [Jordan Richardson] and put together a band after, but the band came together around February/March and we’ve been full speed ahead since.”

So instead of going into the studio alone, Lizzie Boredom’s been recording together at Electric Barryland studios in Justin. Says Burns, they’re about halfway done working on a debut EP that’ll earn its release at some point in the near future.

Before any of that, and before the band’s even played its first show, we’re stoked to premiere its debut single, “Crunk Punk (So… You’re a Mixologist).” That noisy bit synth-infused, ex-boyfriend hating garage rock below is it. Pretty killer! Pun intended.

Lizzie Boredom performs on Saturday, July 23 at Double Wide as part of the Bad Bitches Ball.
No more articles