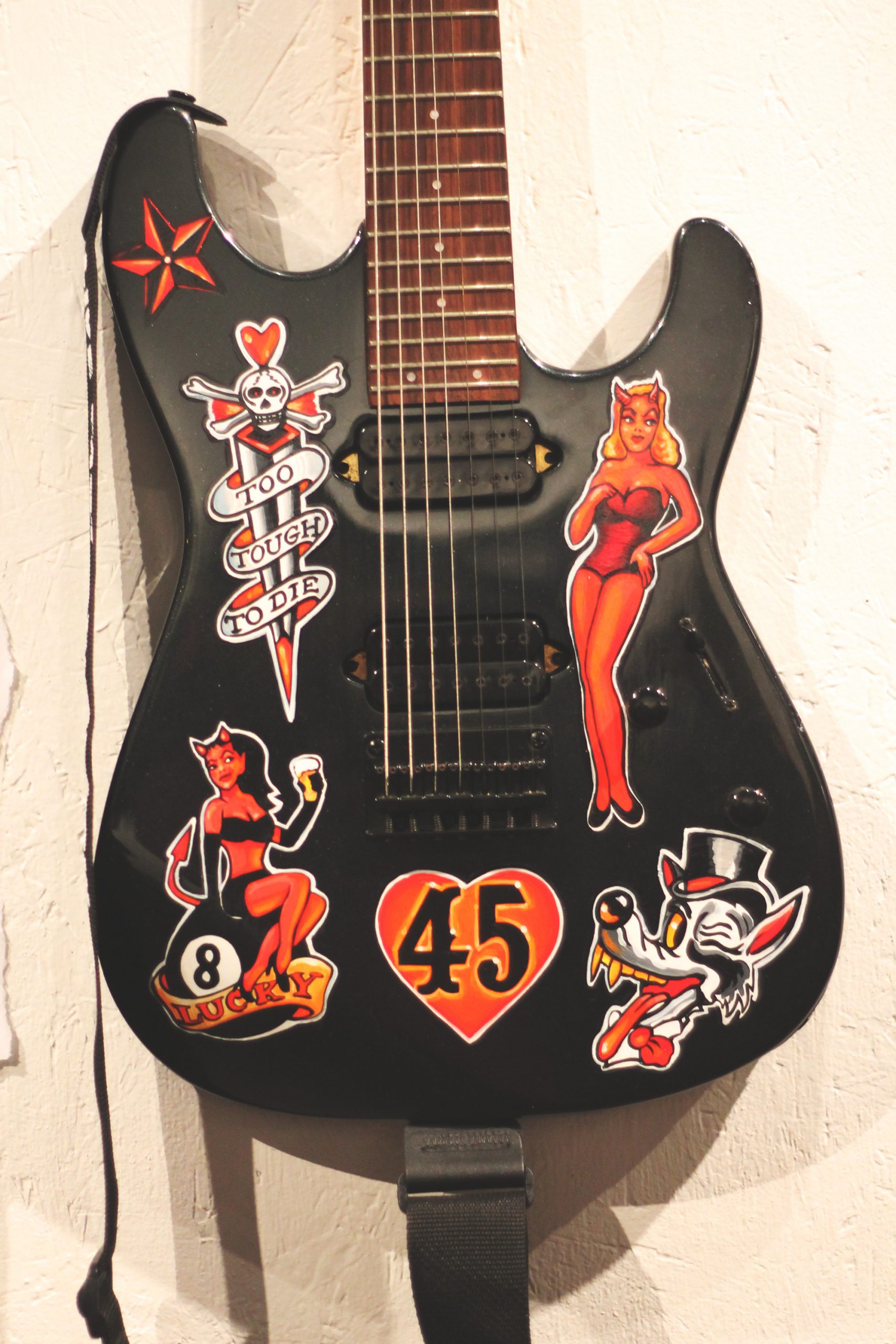 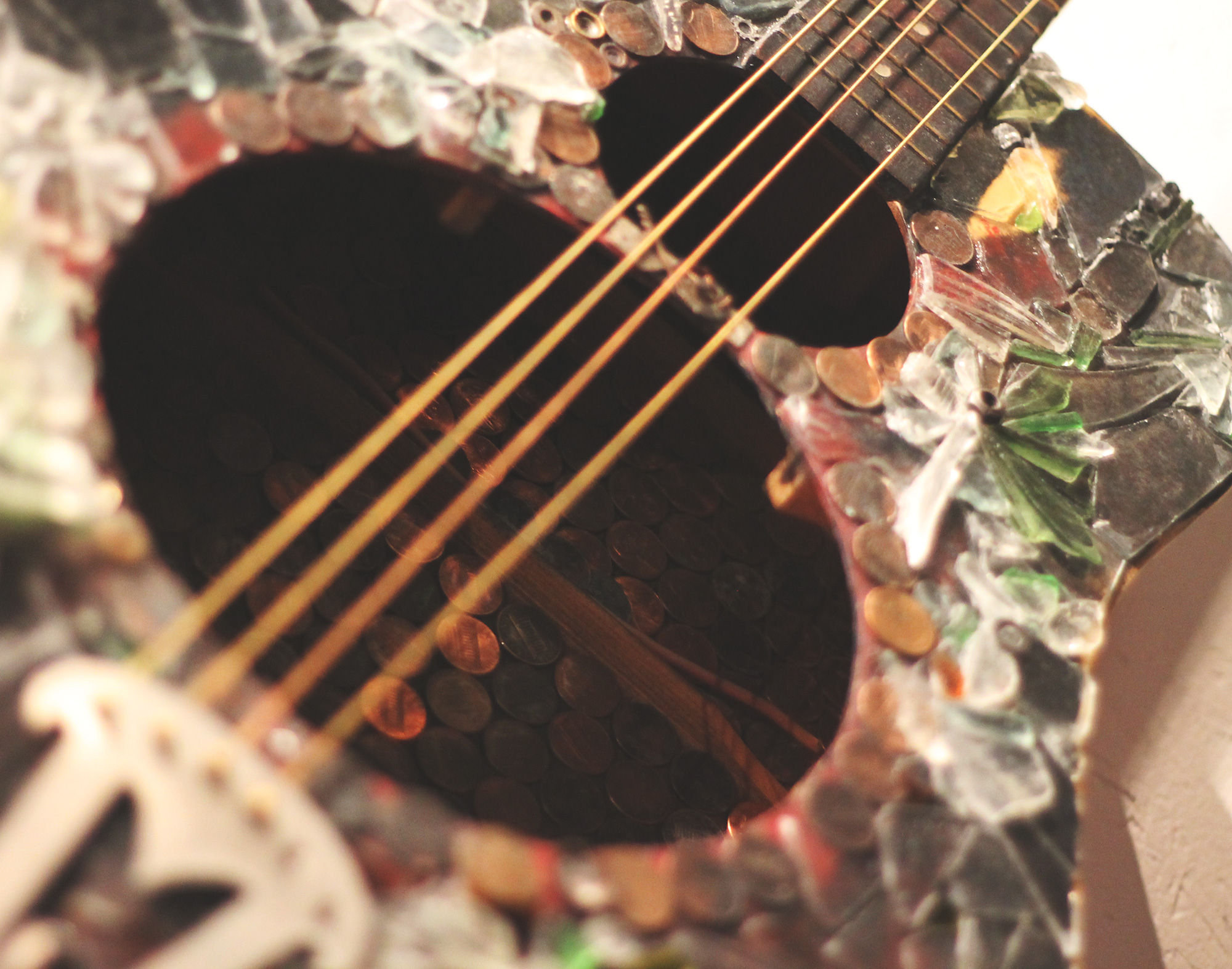 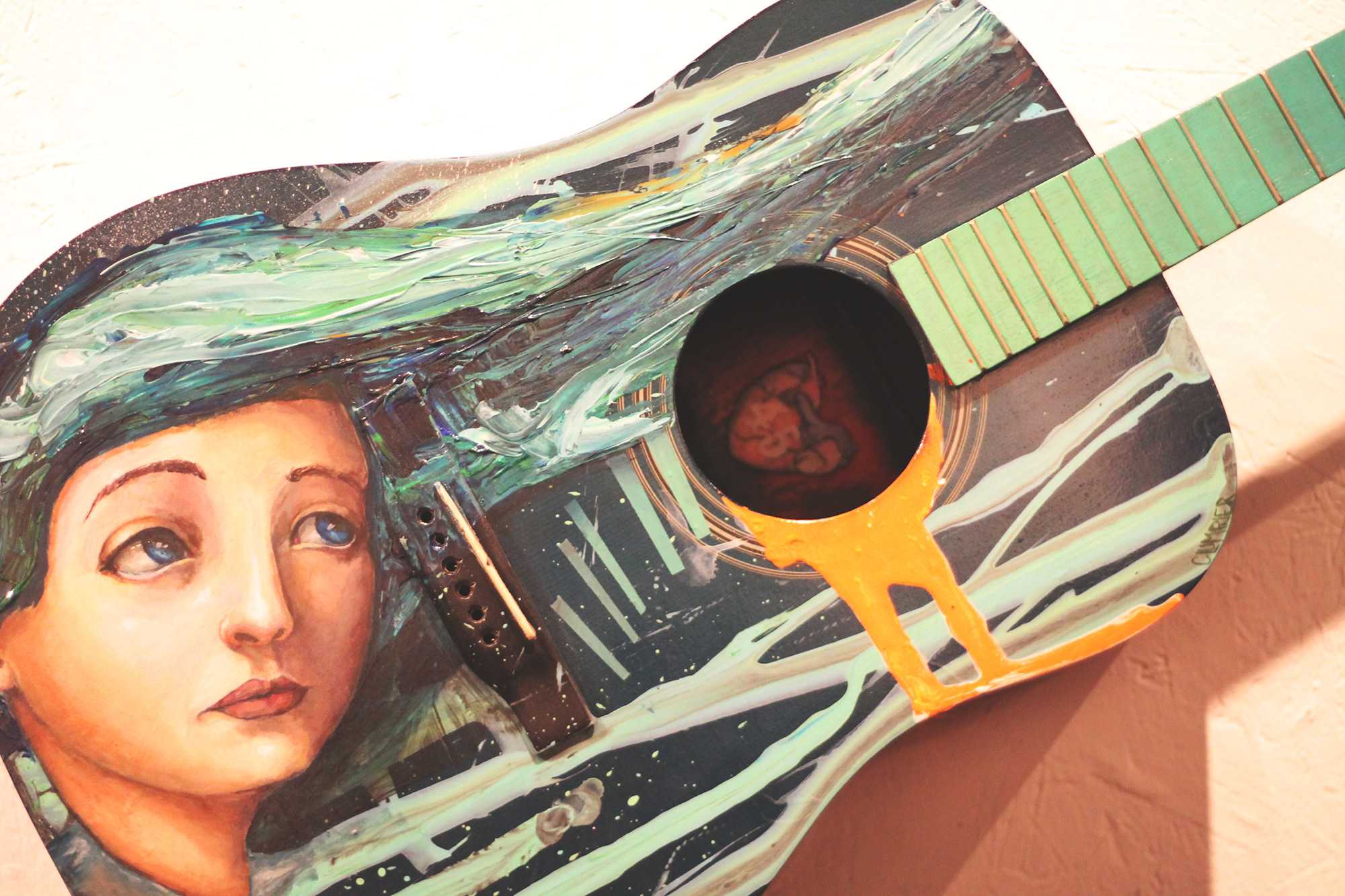 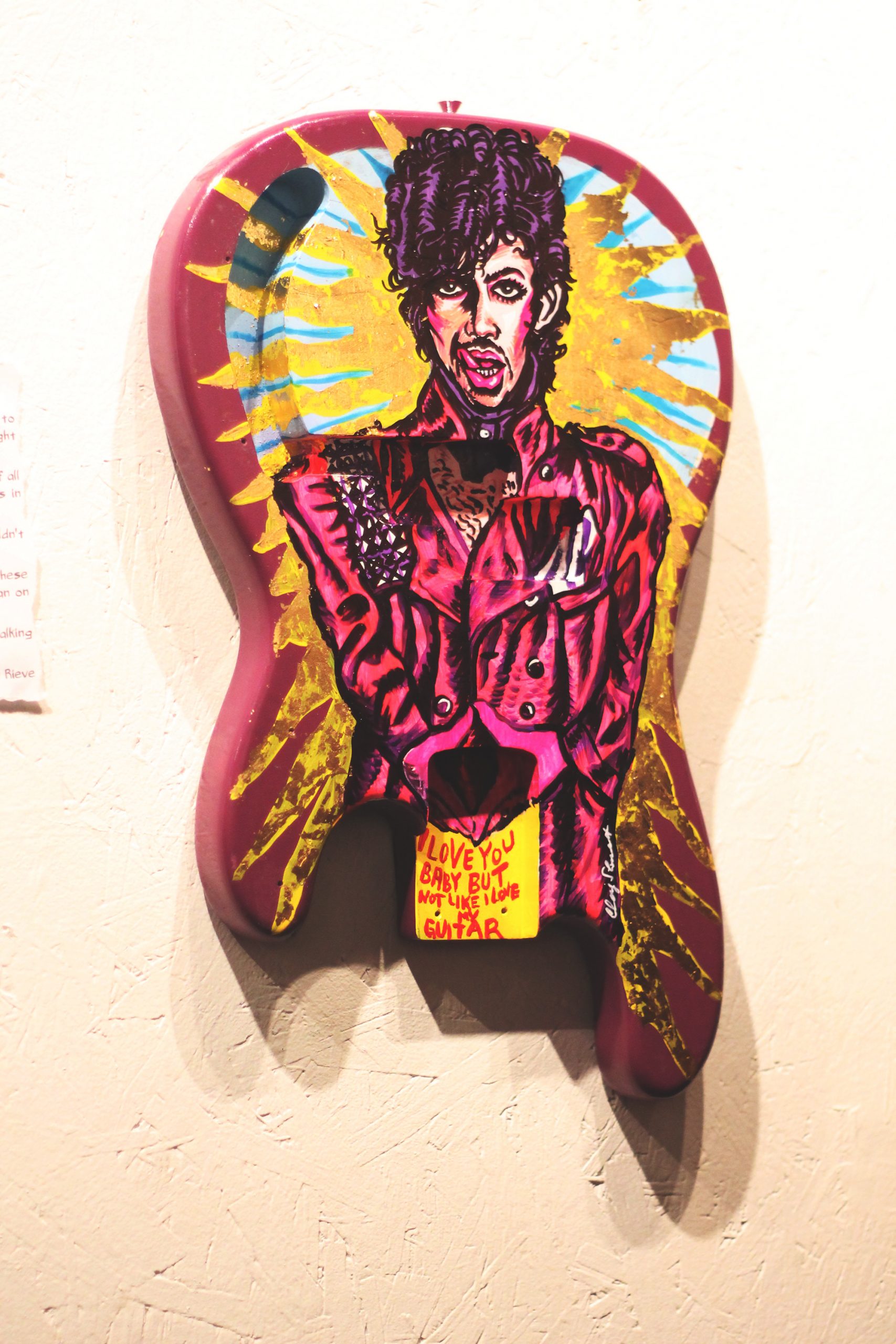 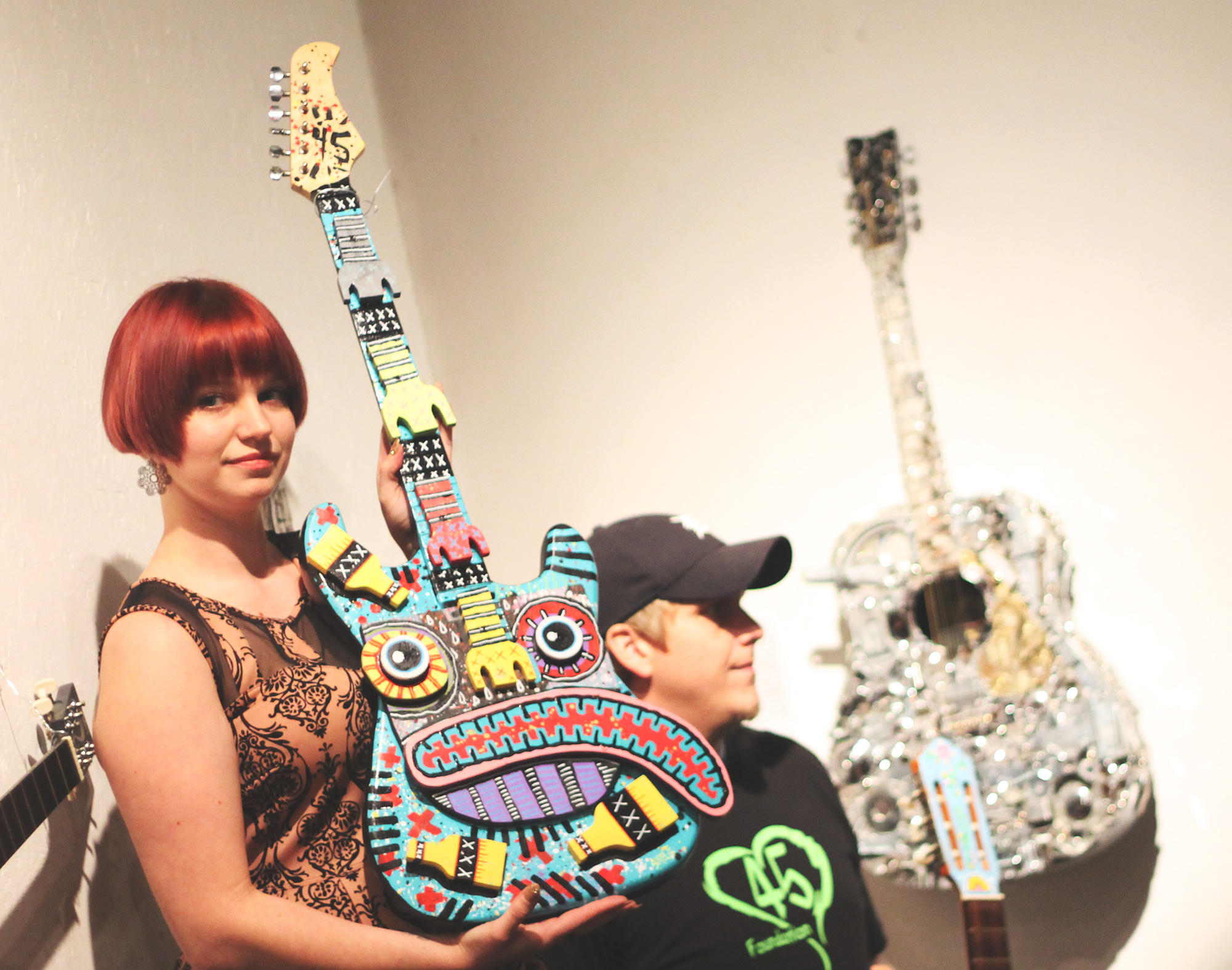 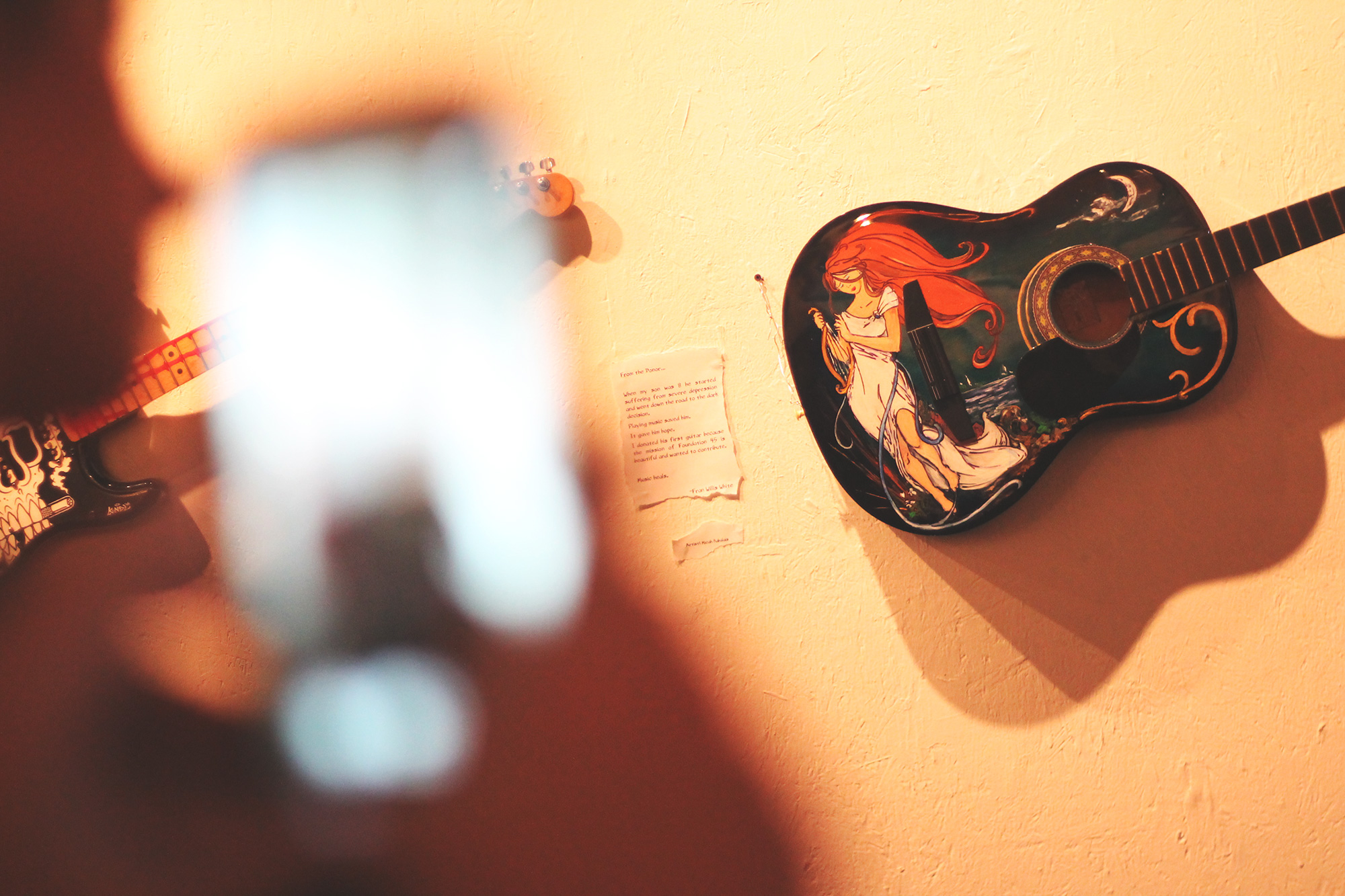 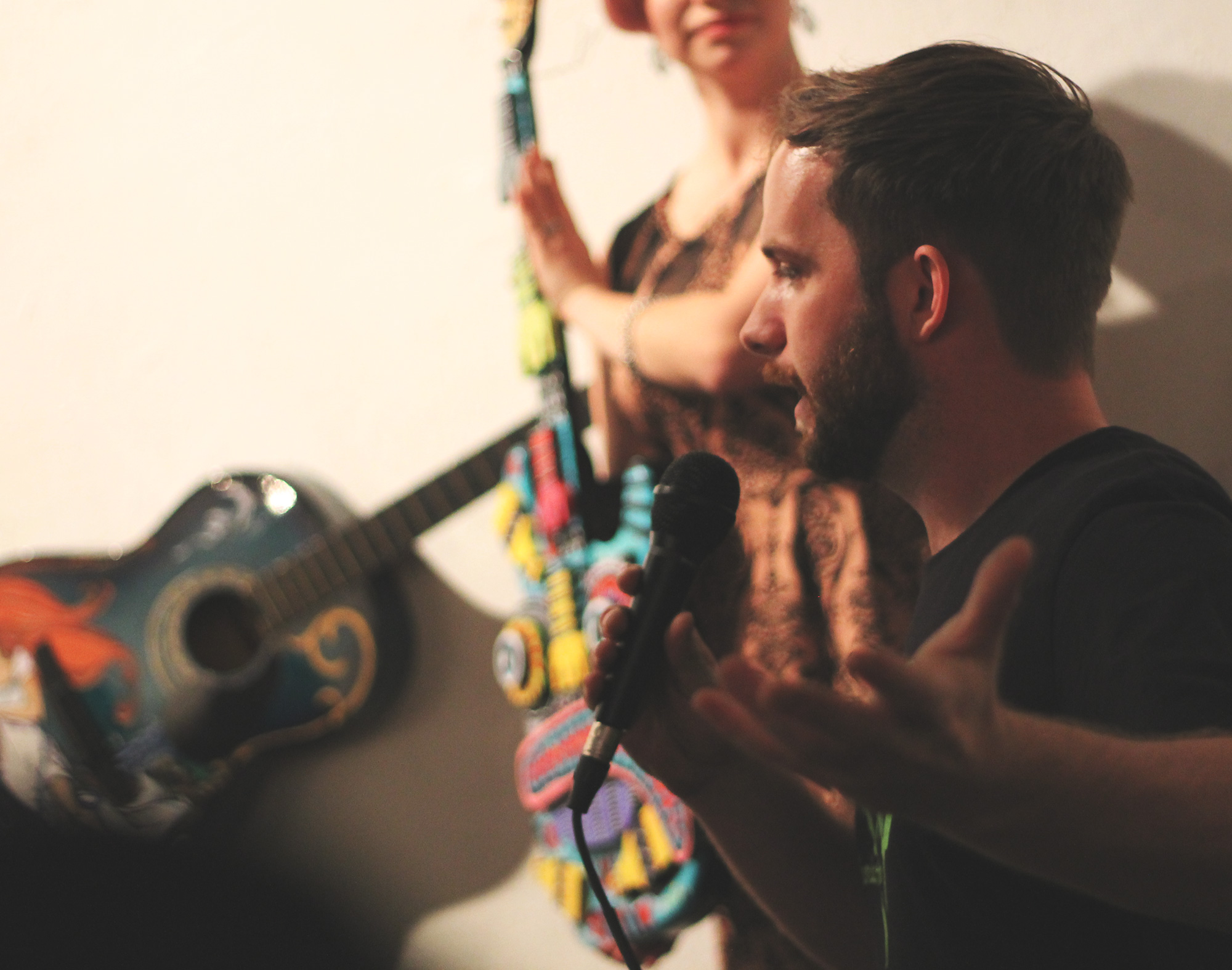 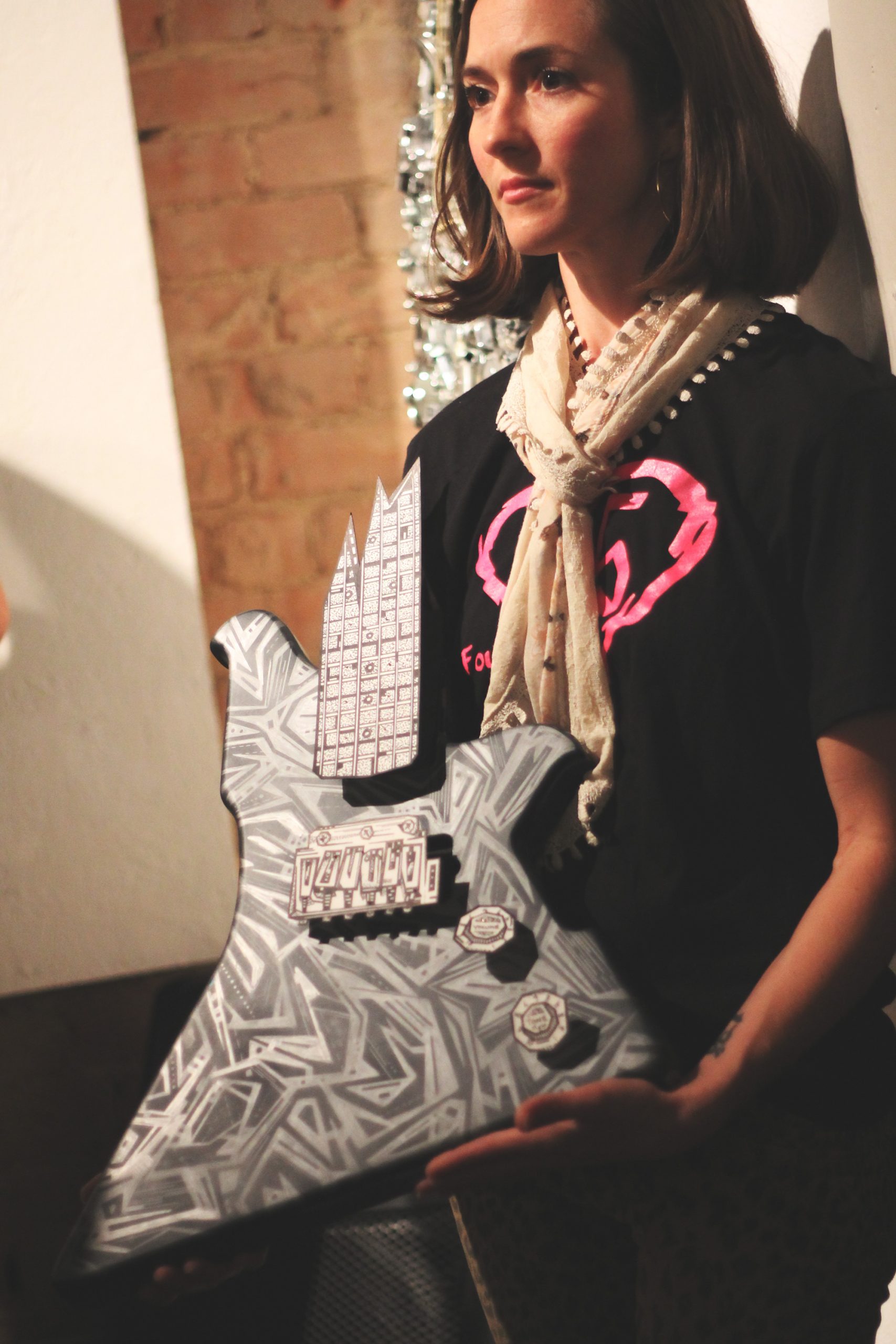 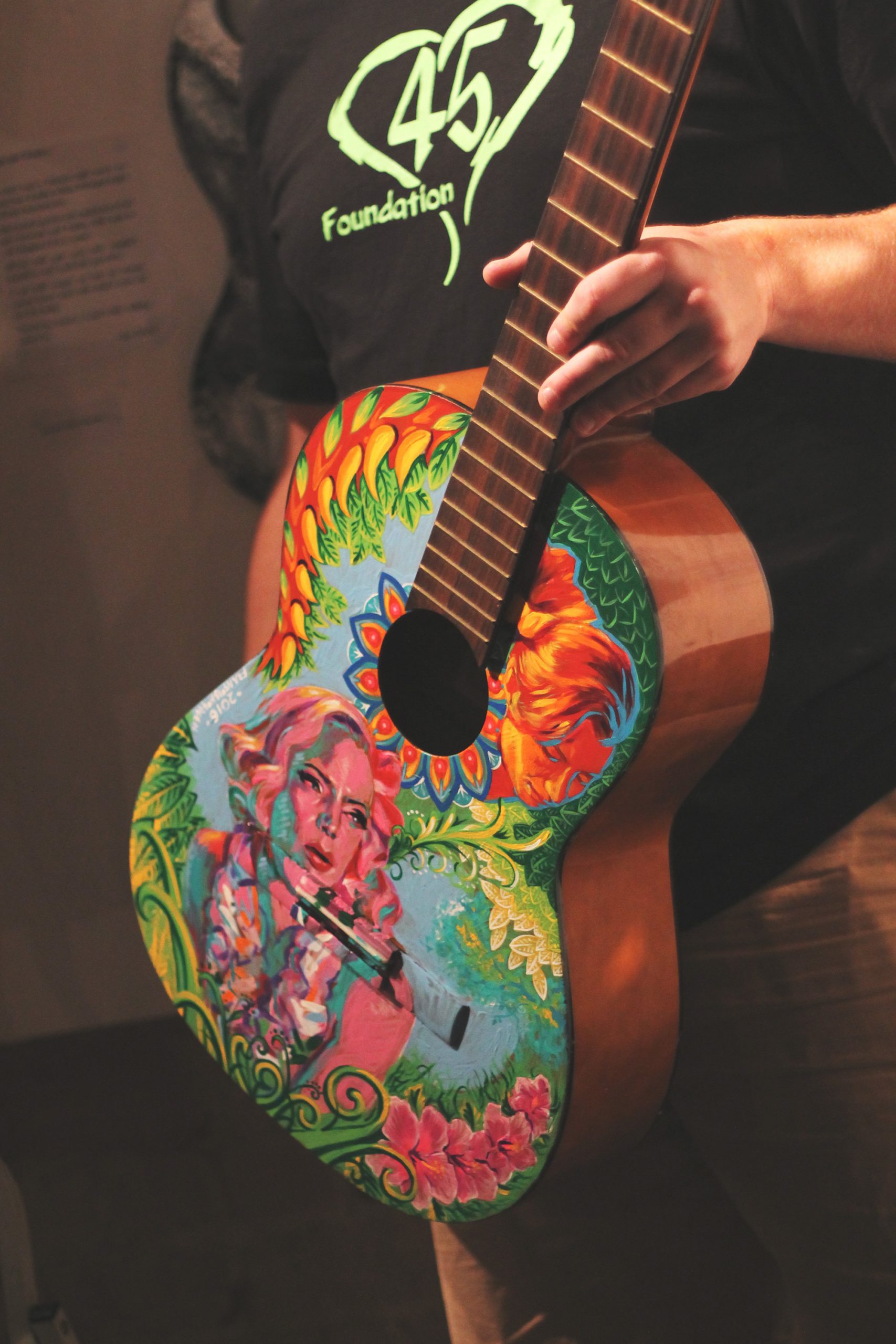 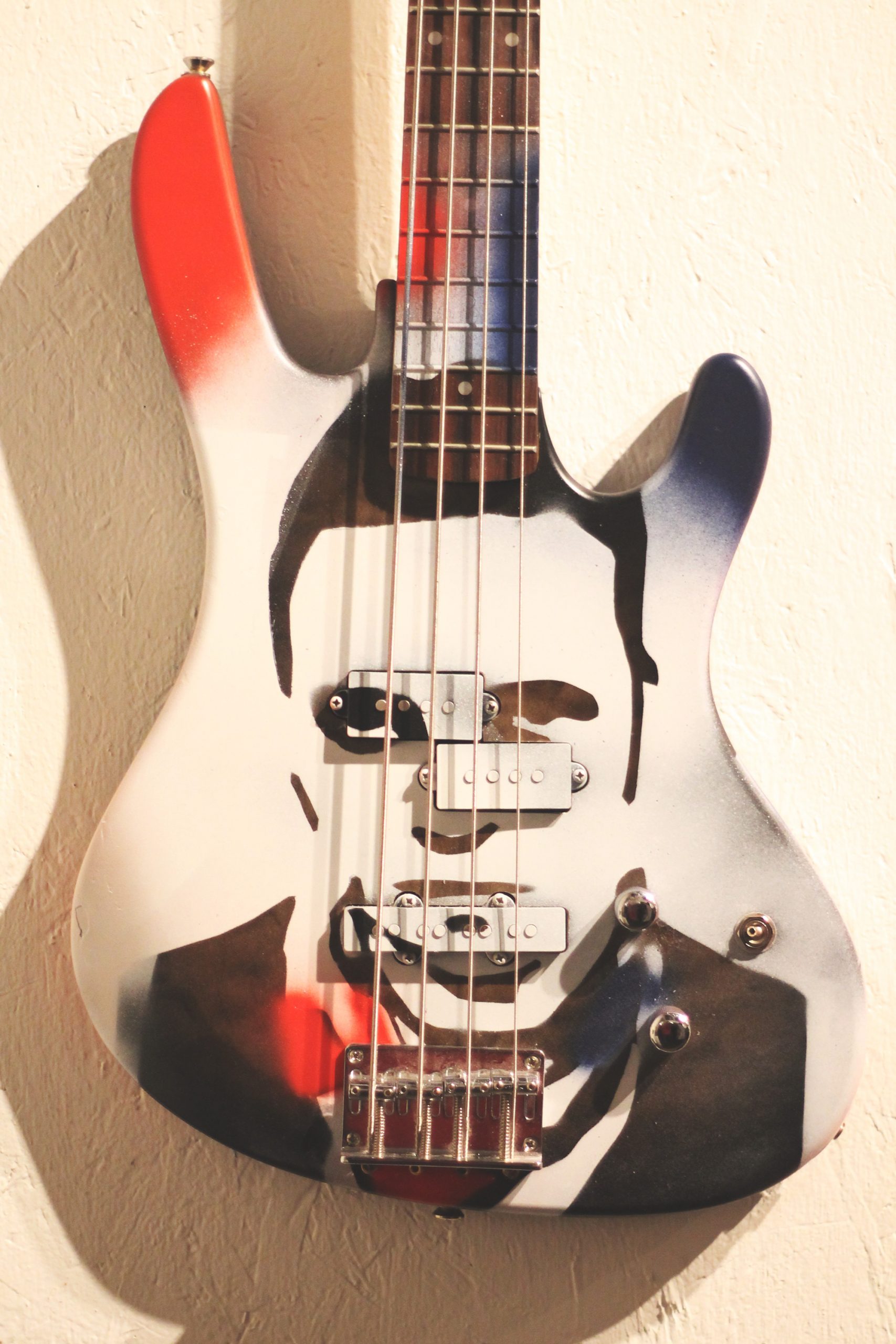 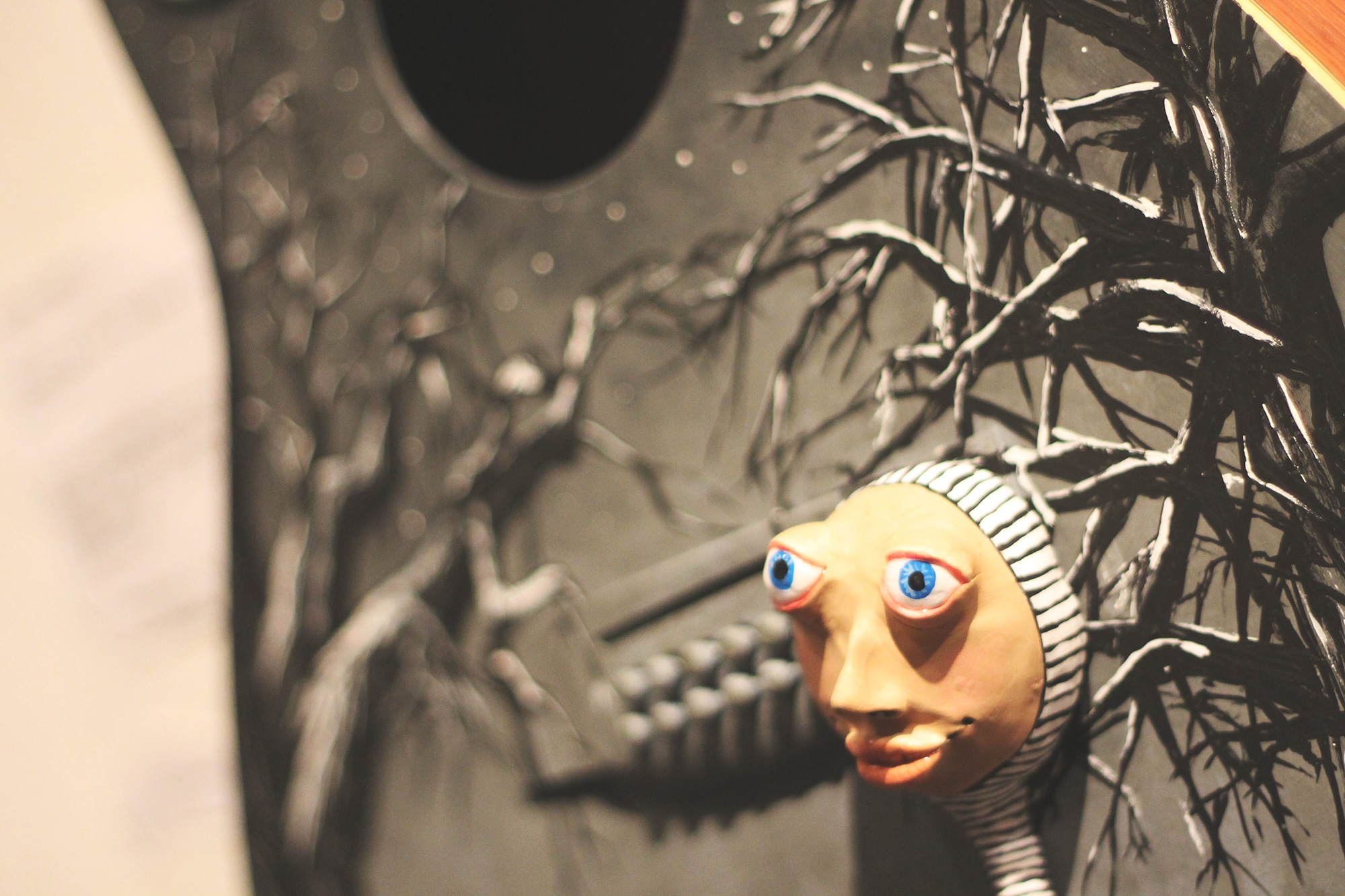 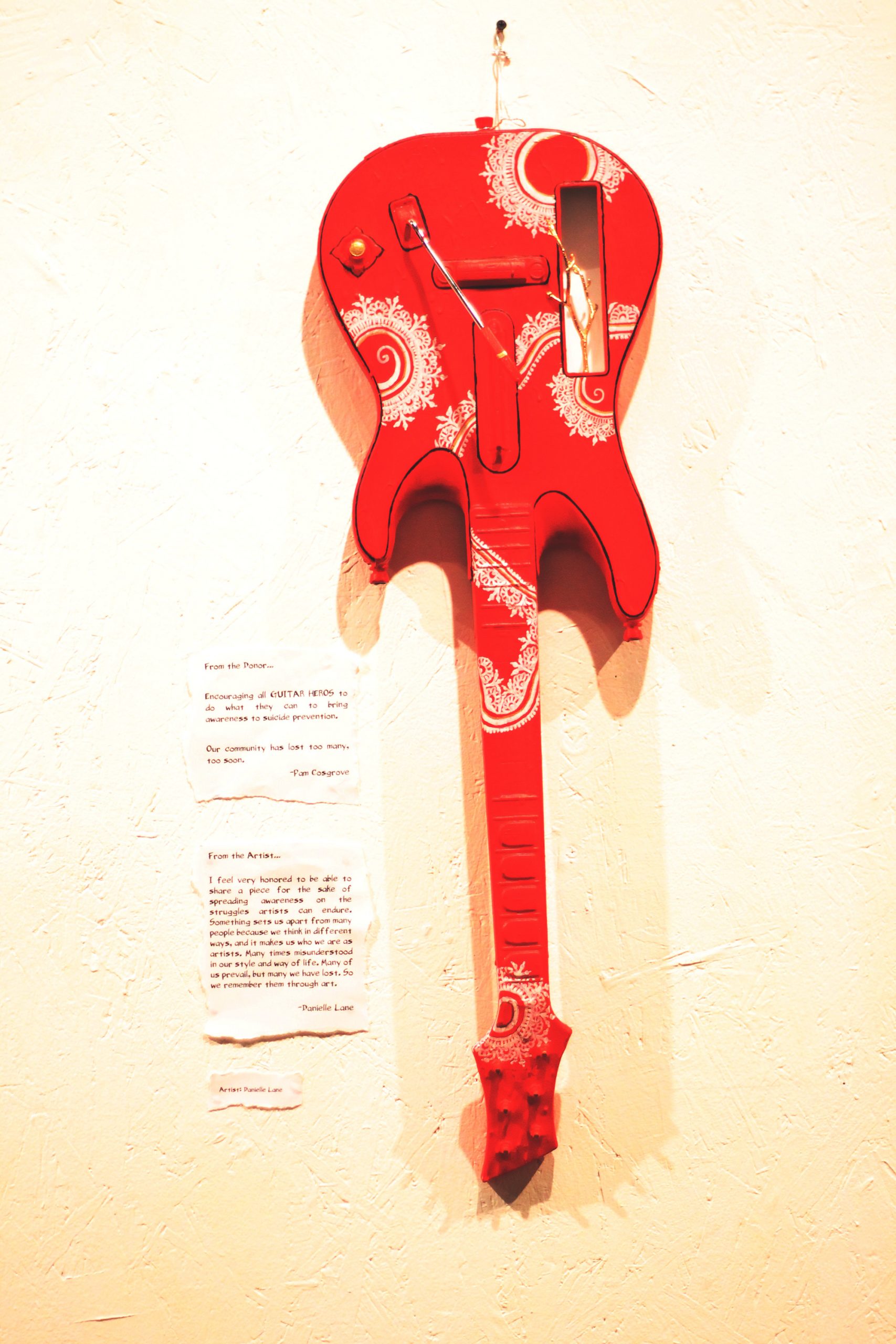 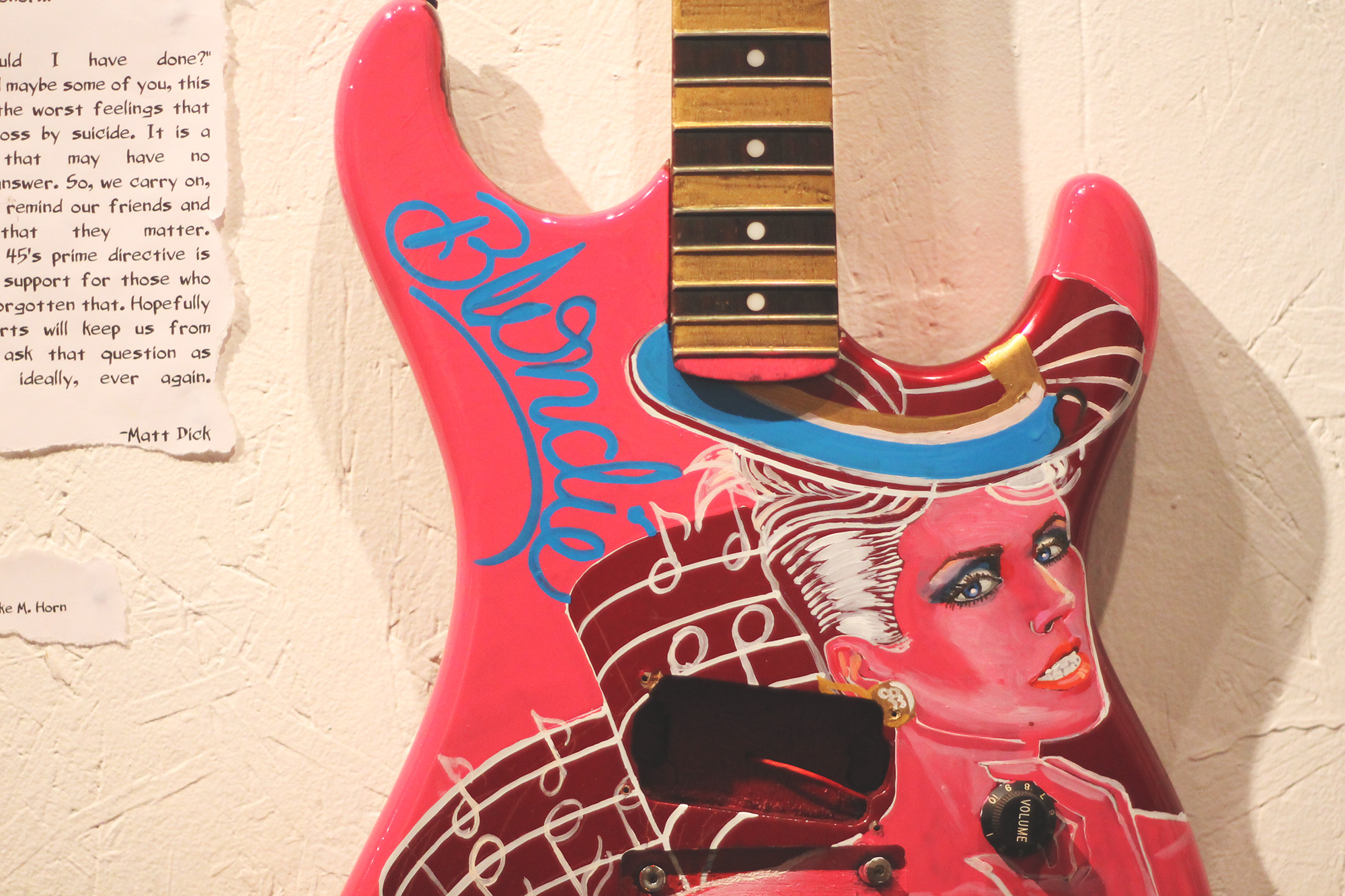 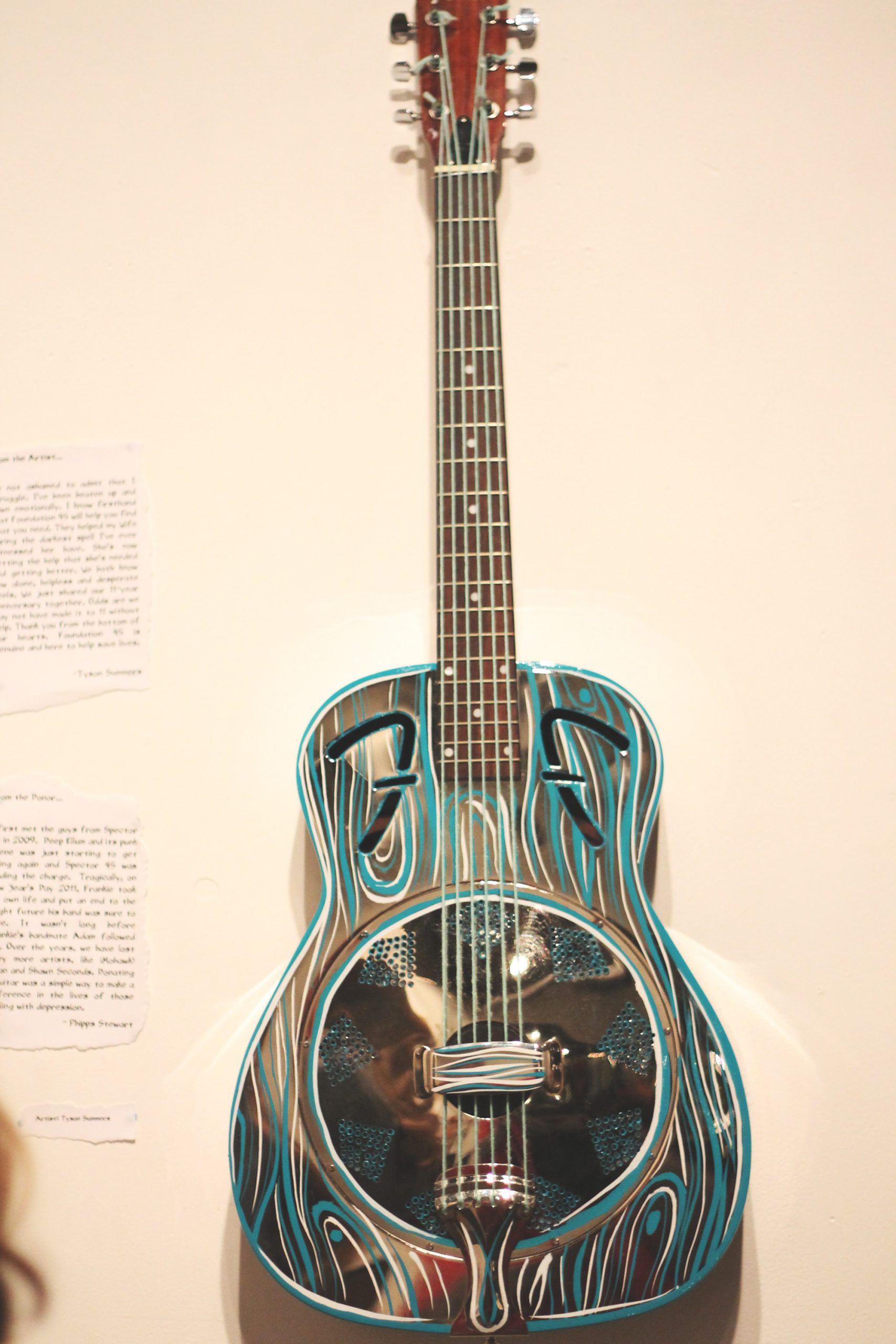 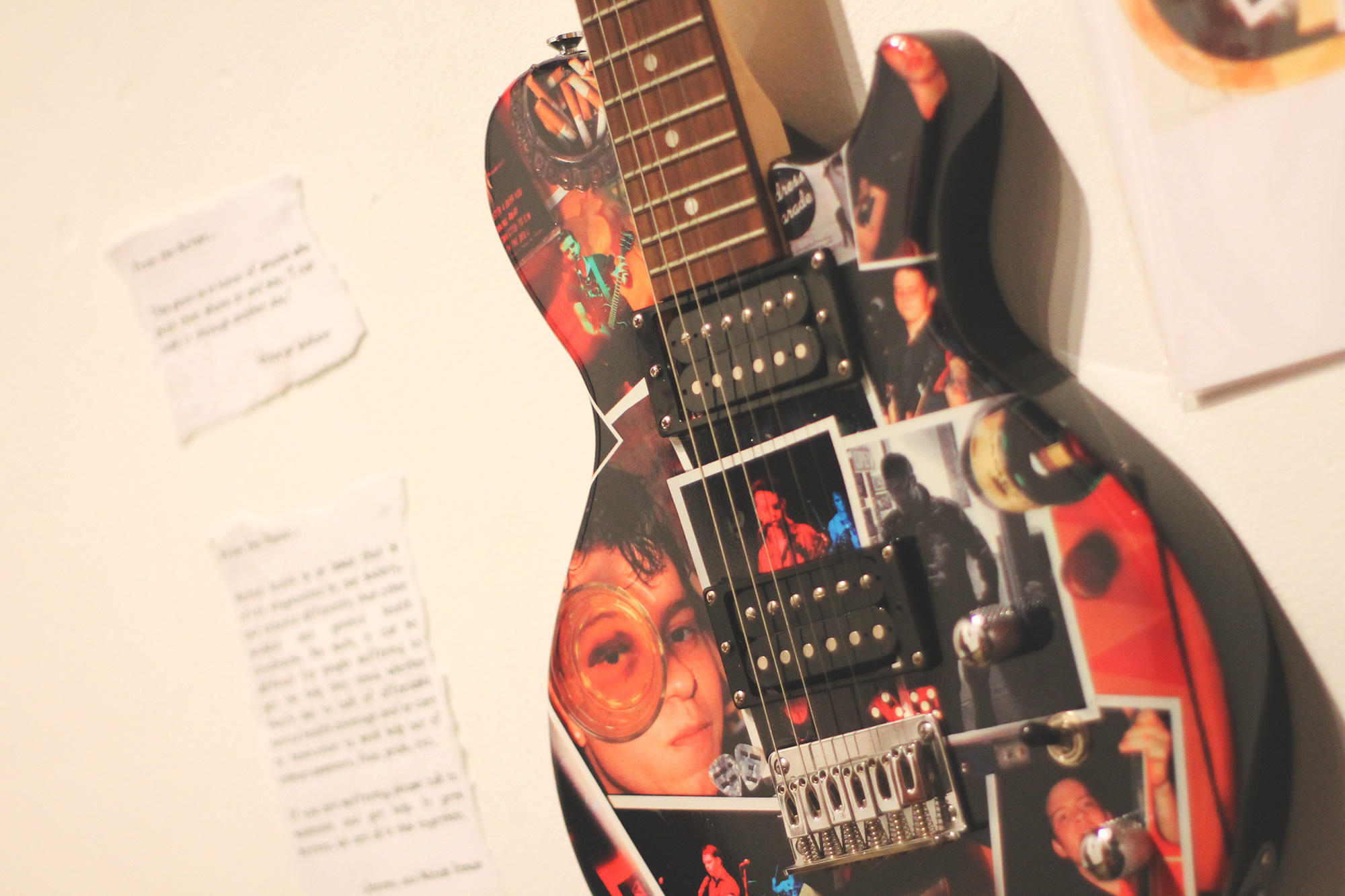 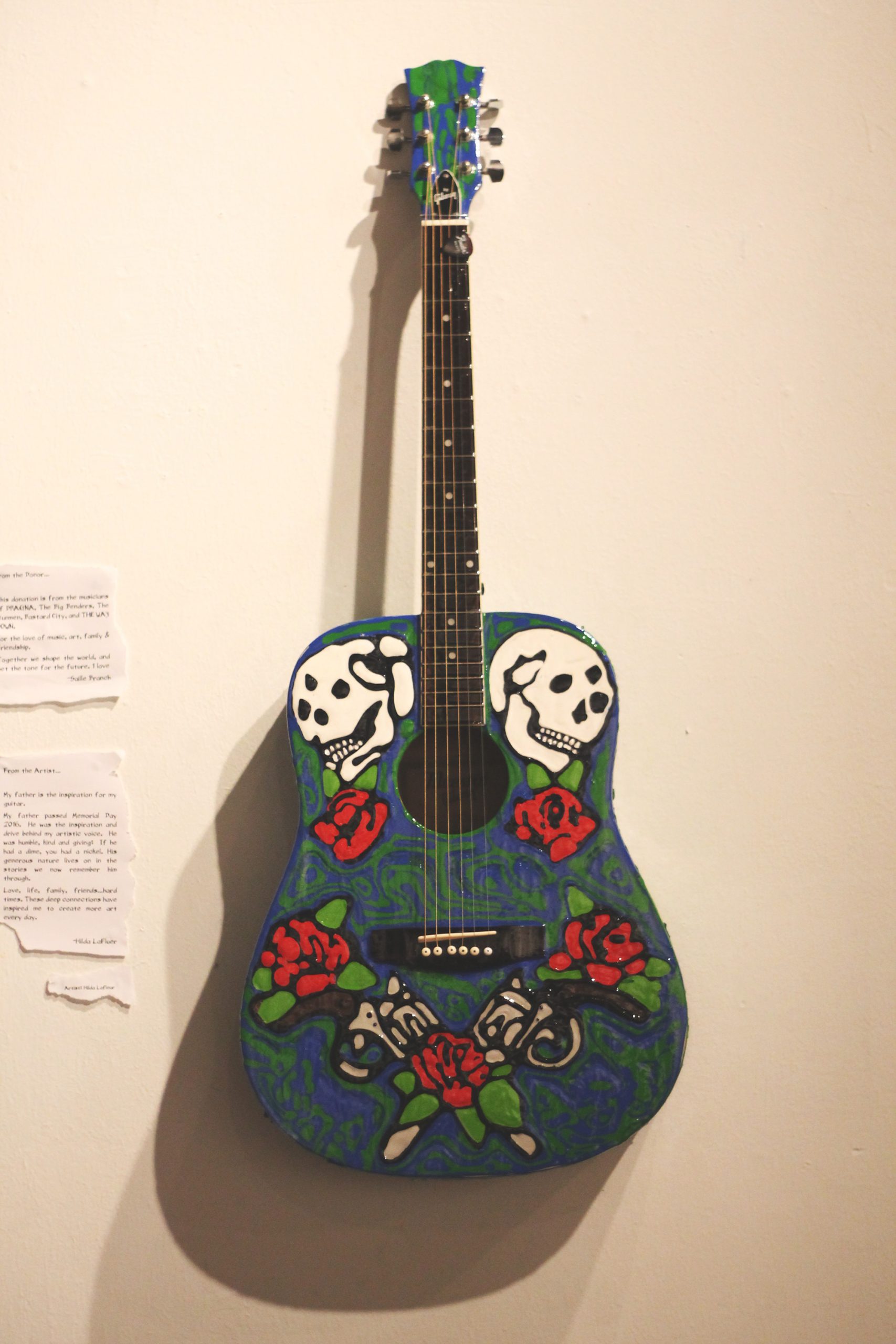 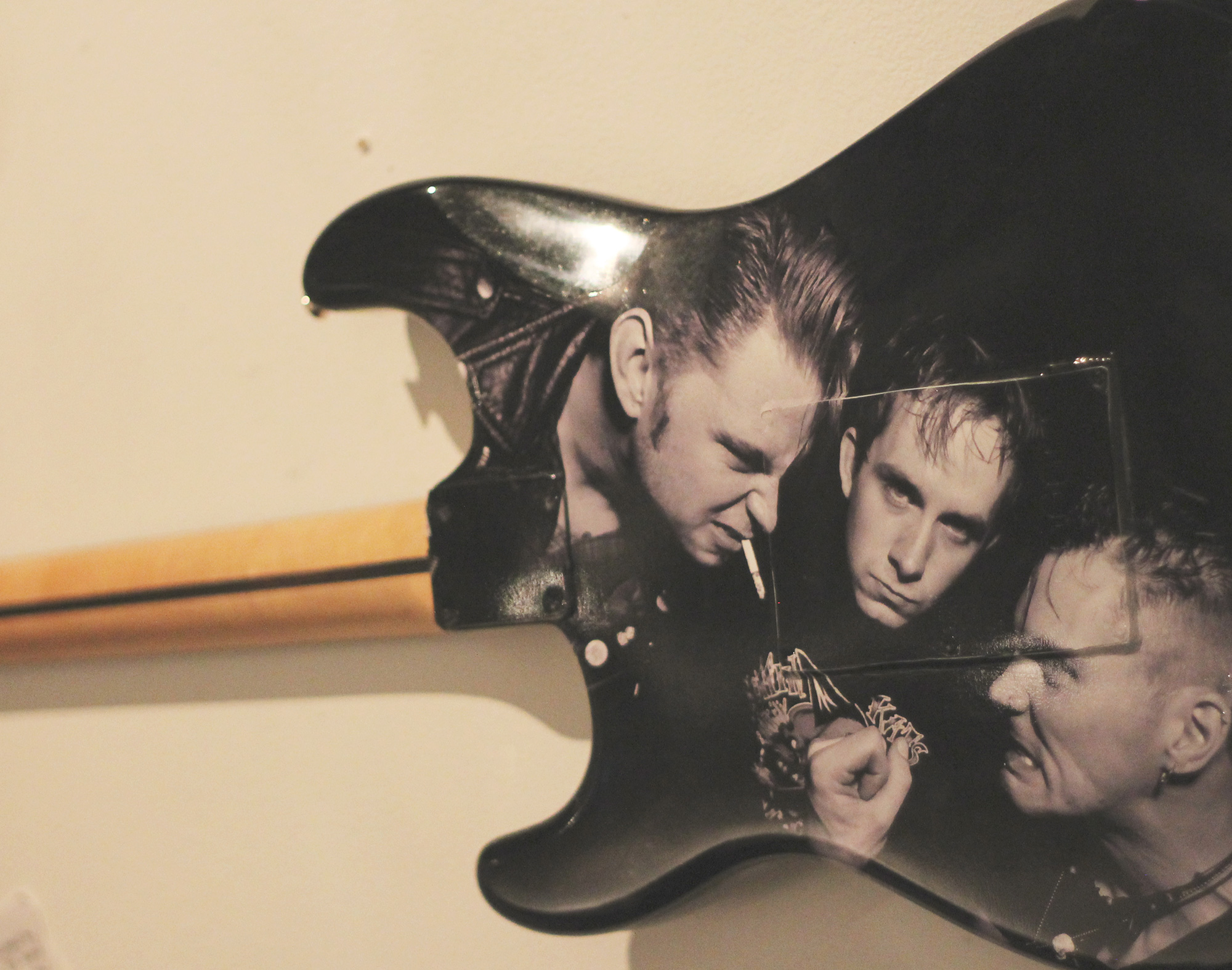 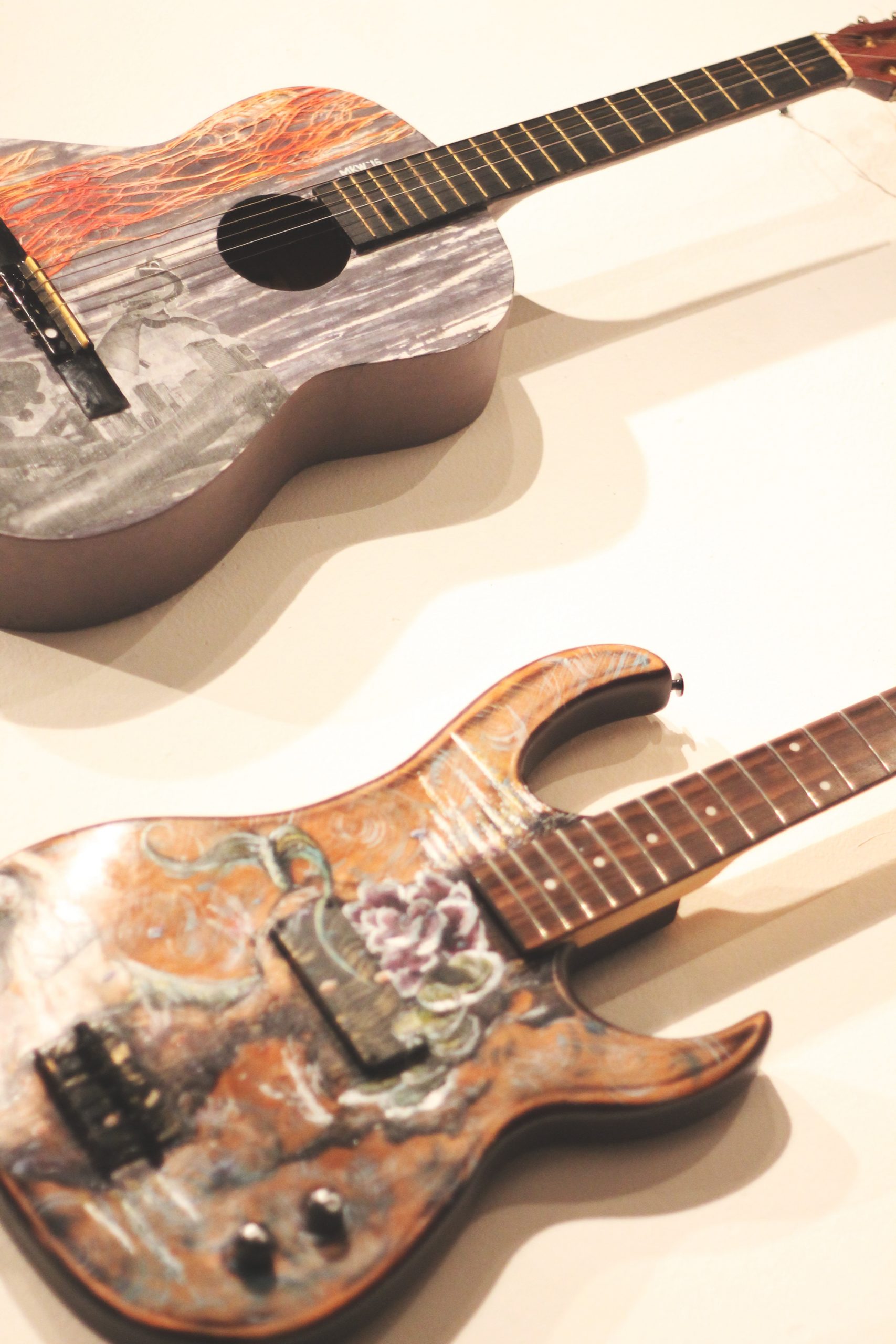 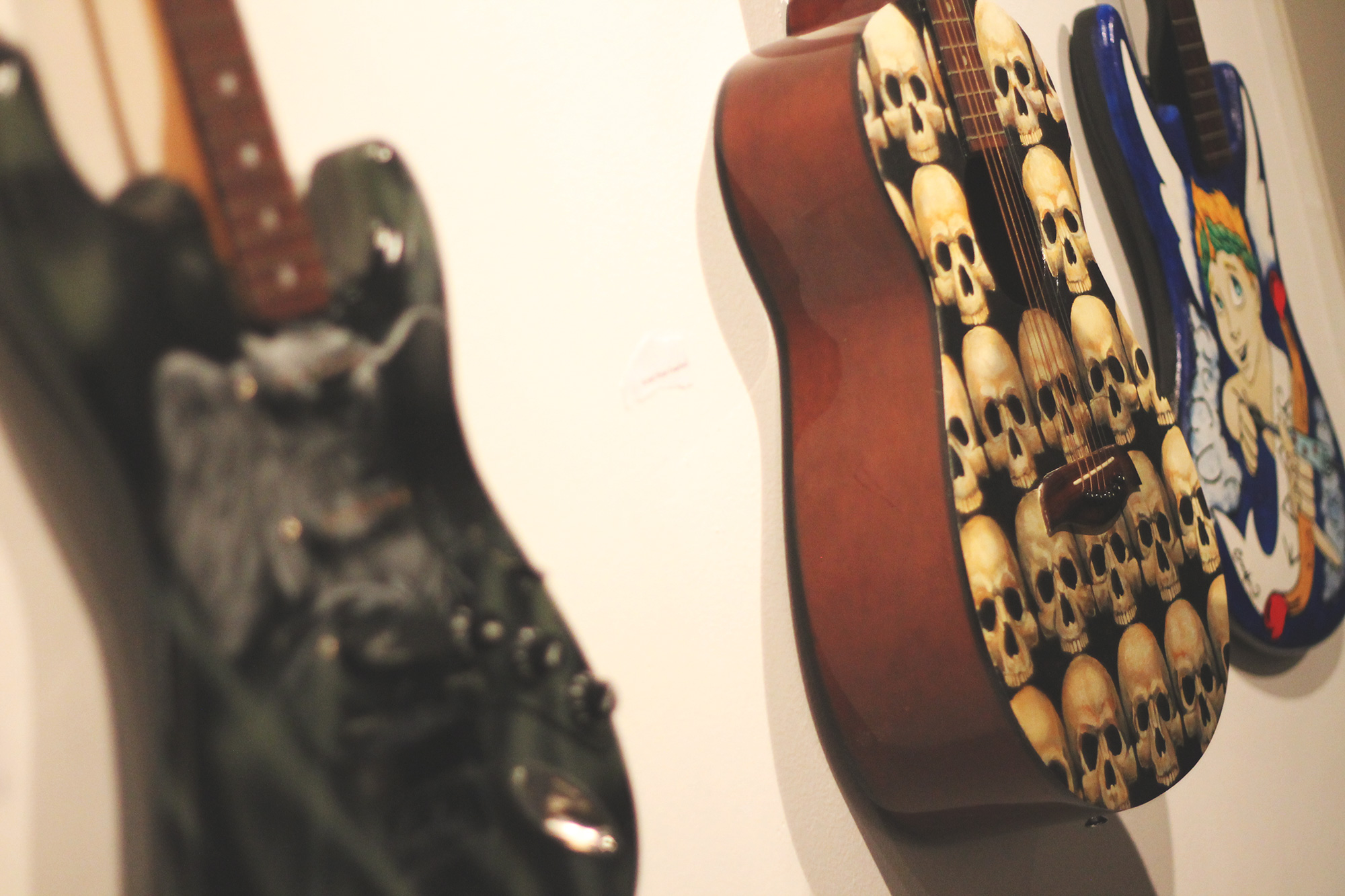 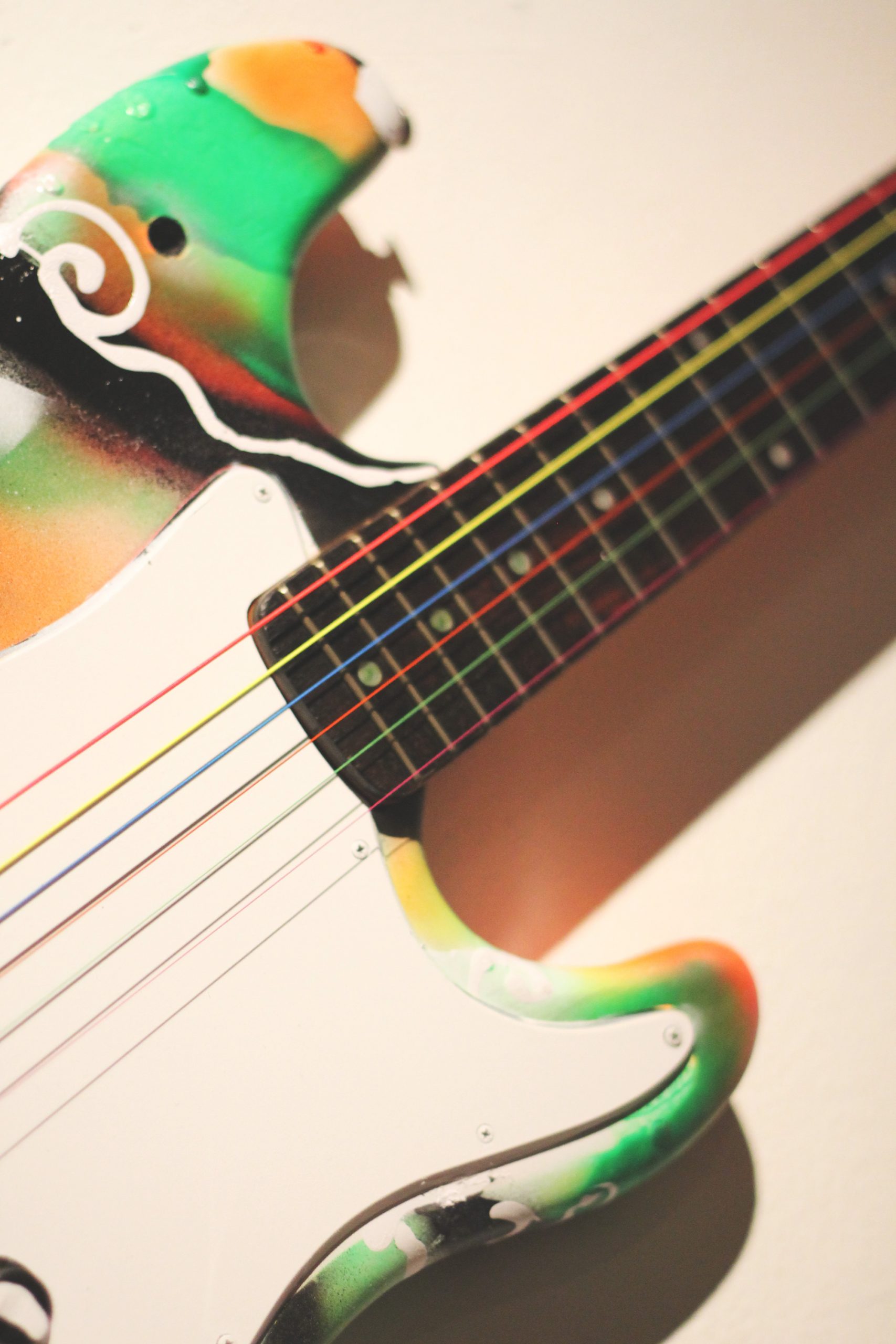 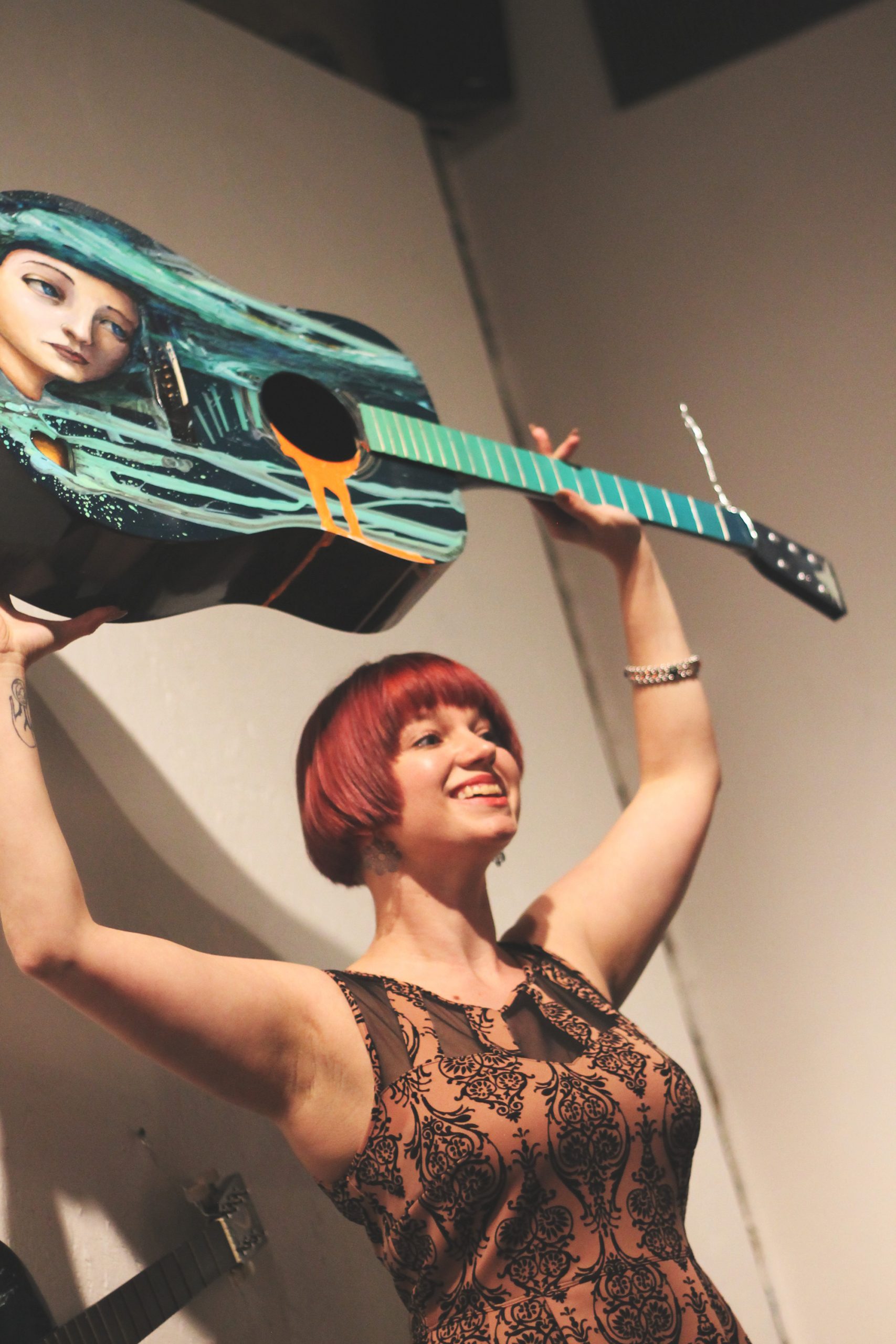 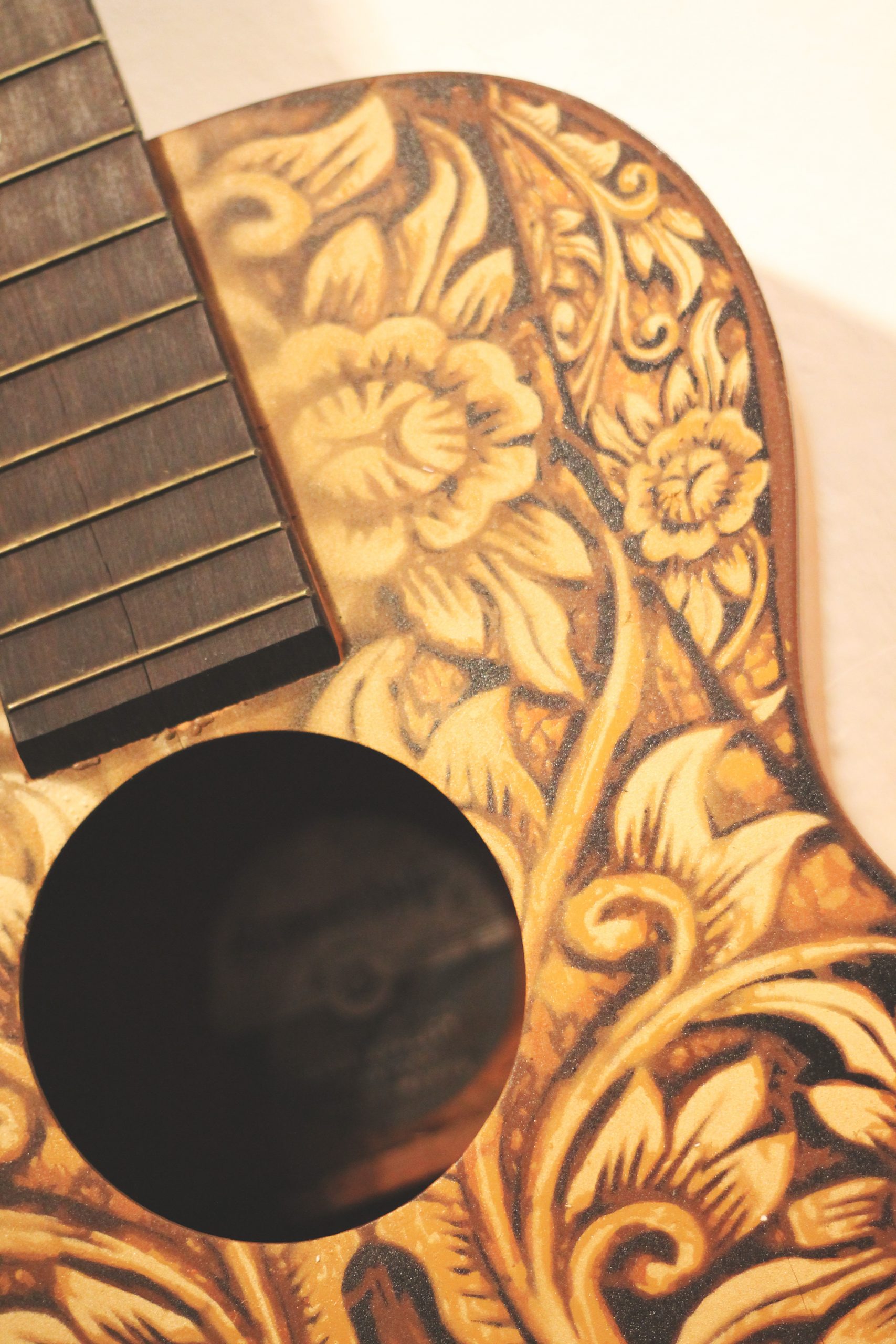 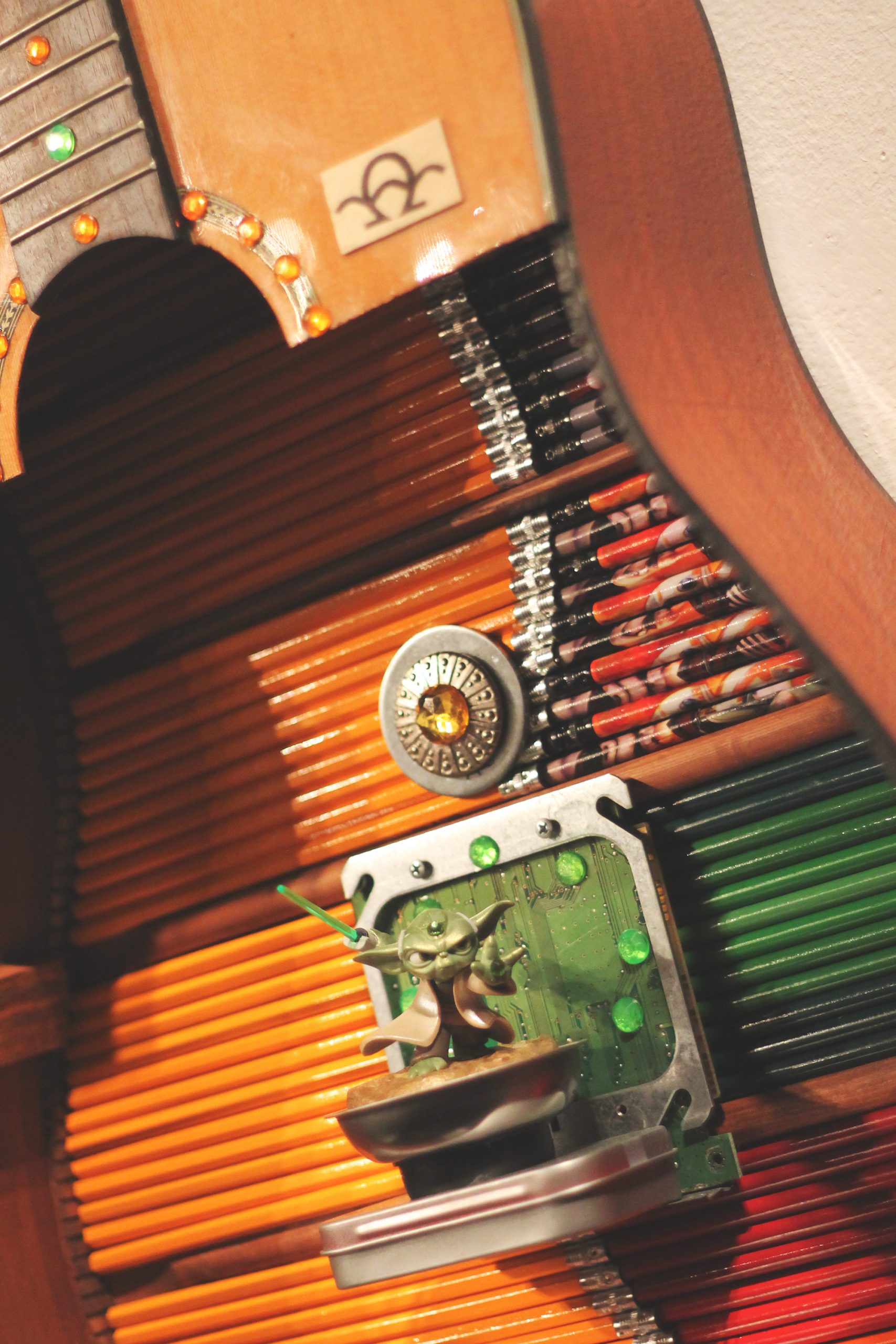 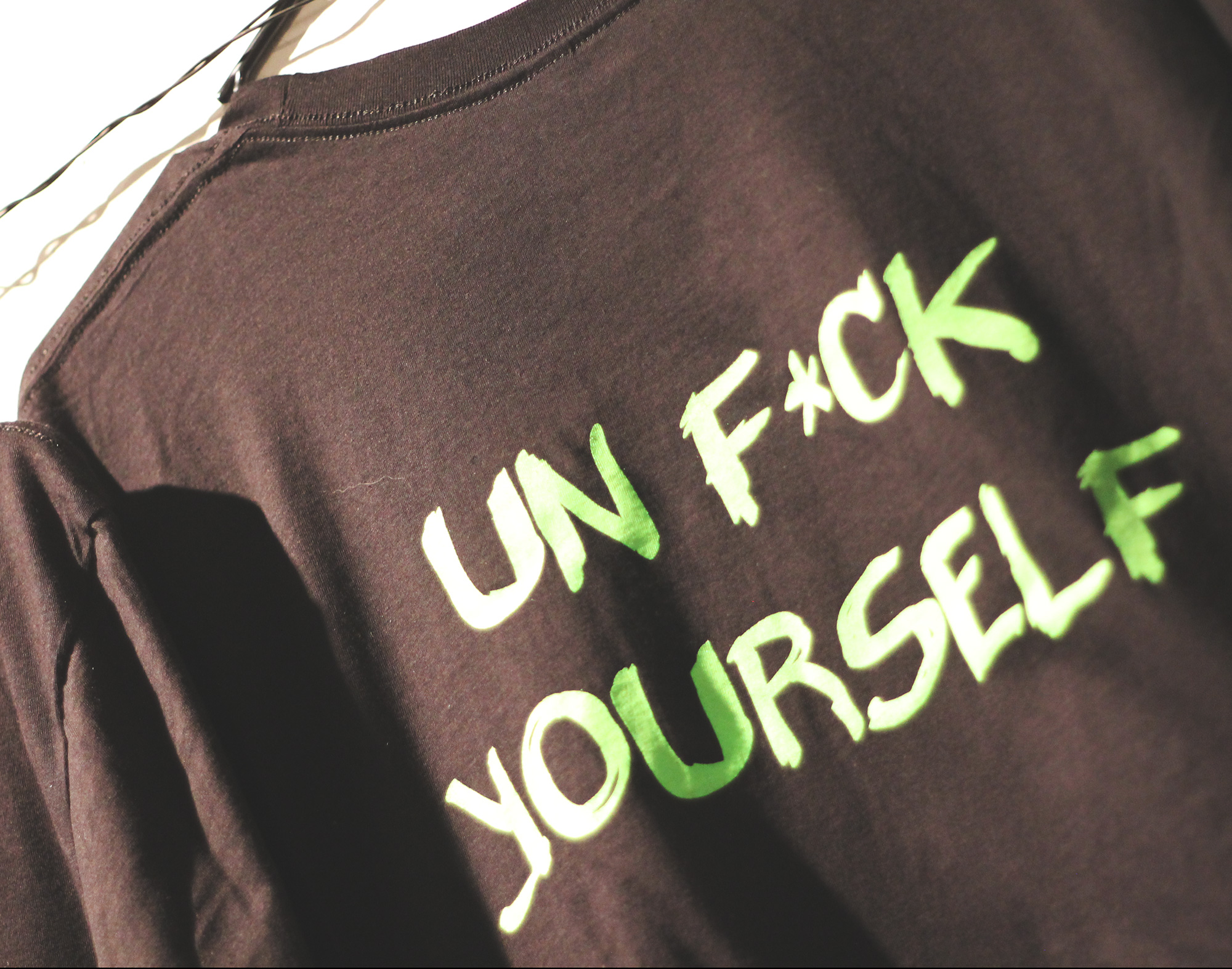 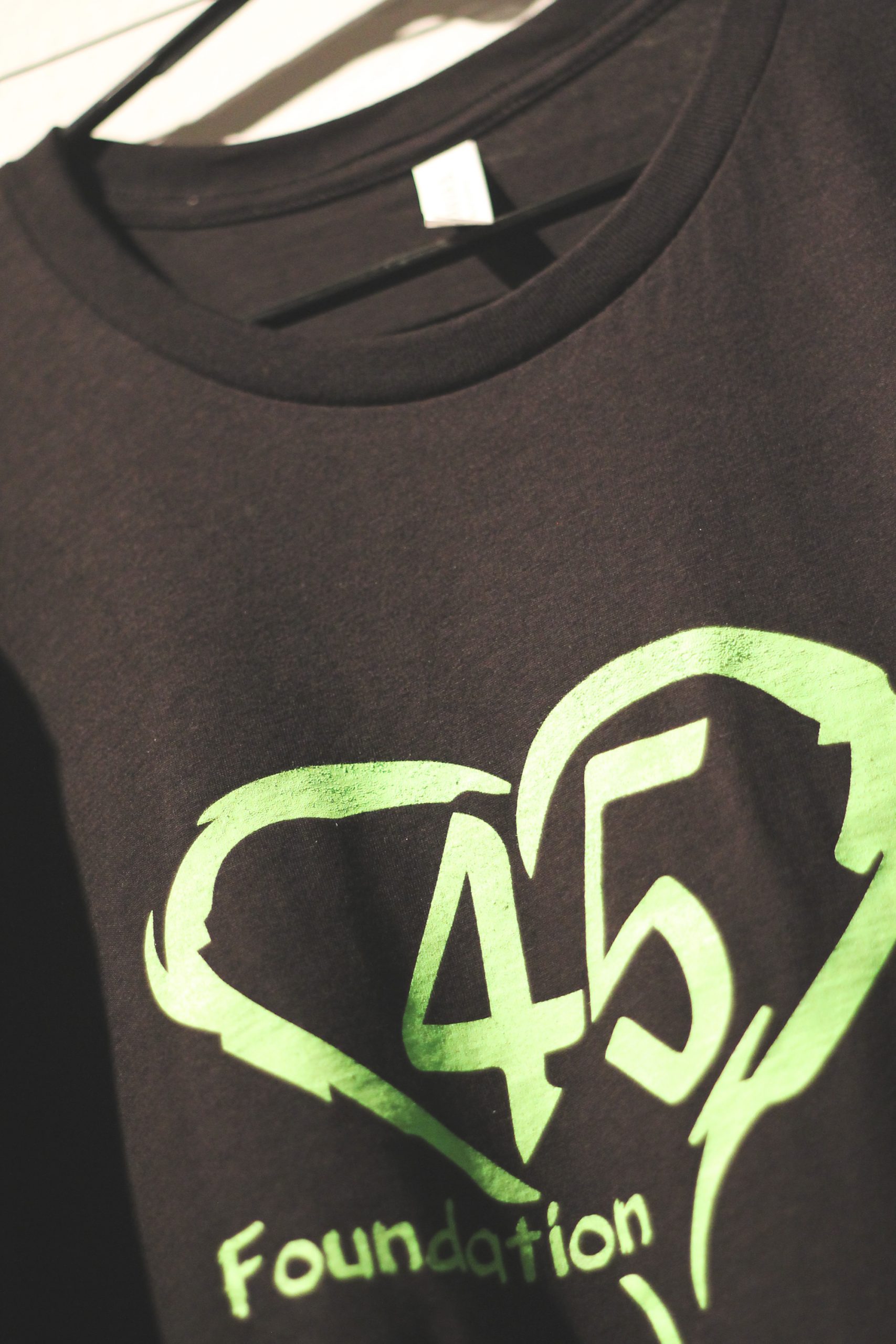 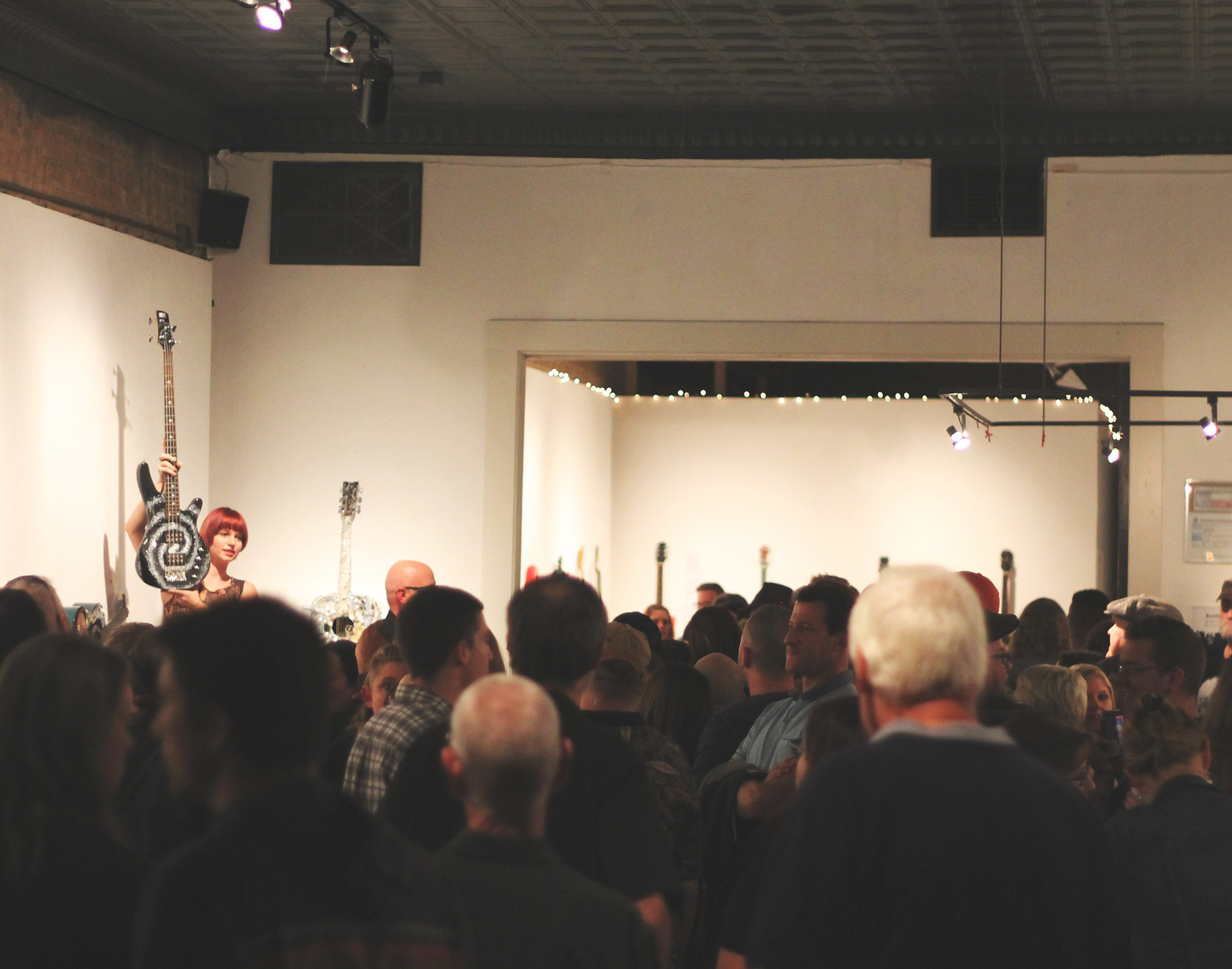 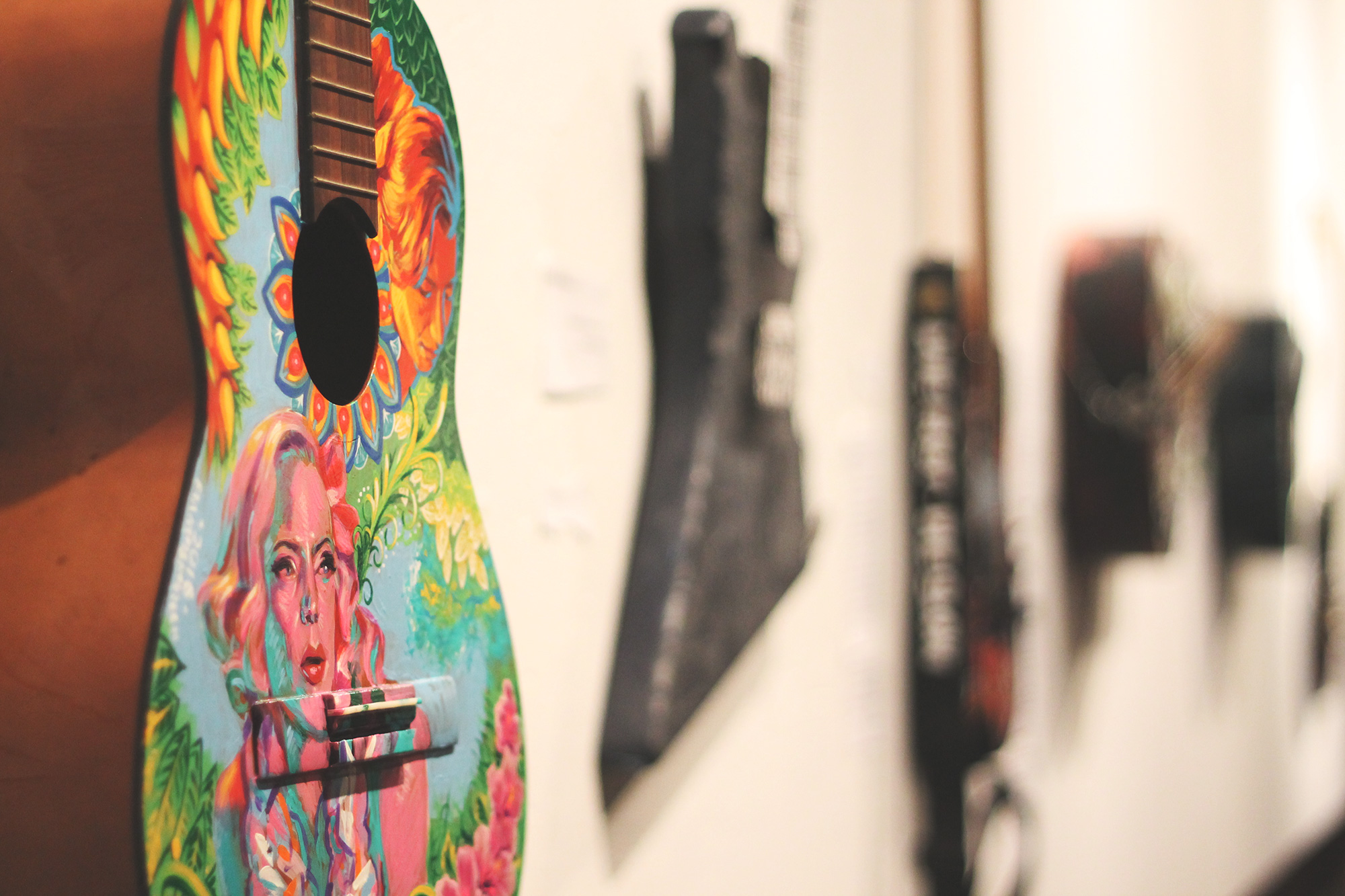 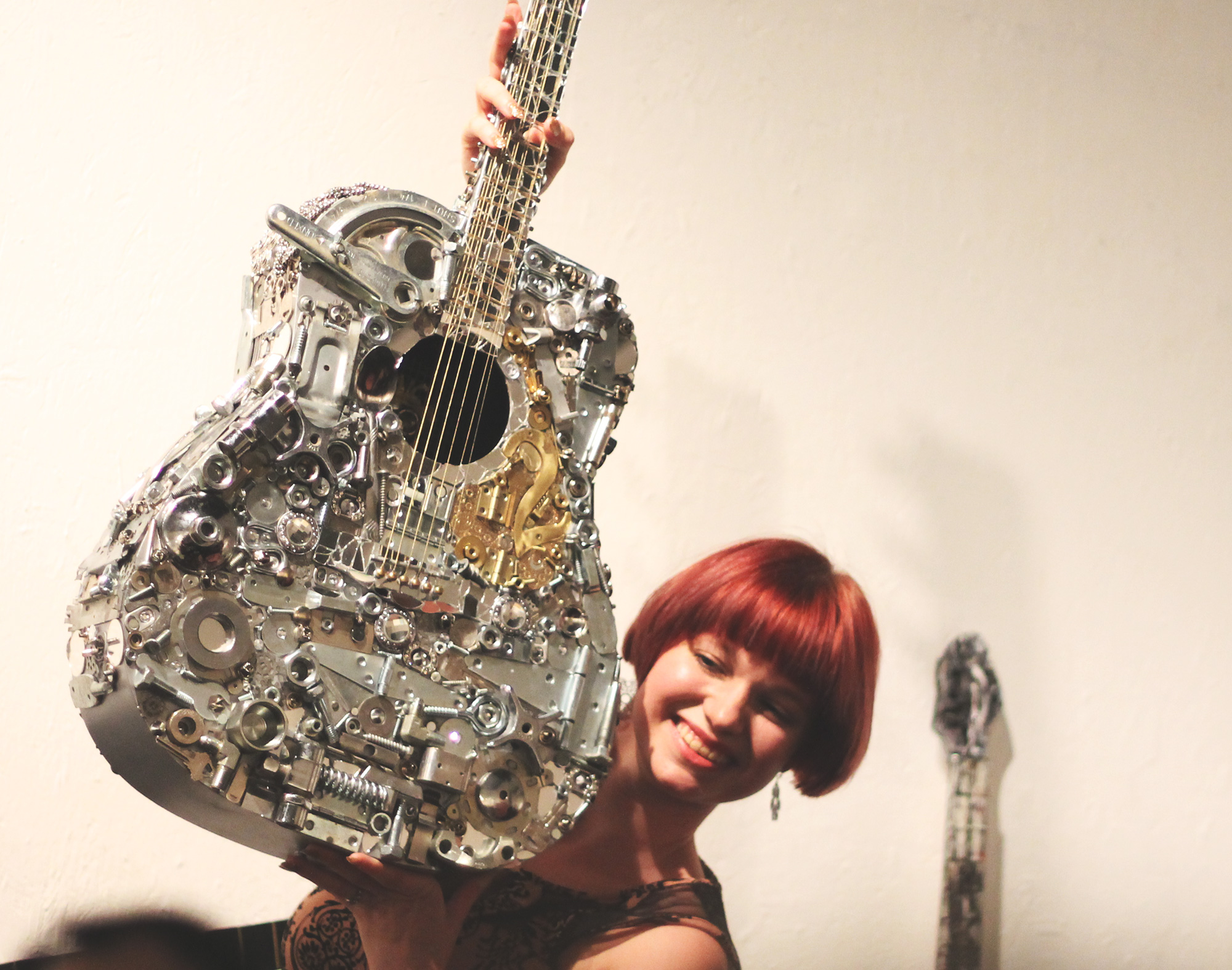 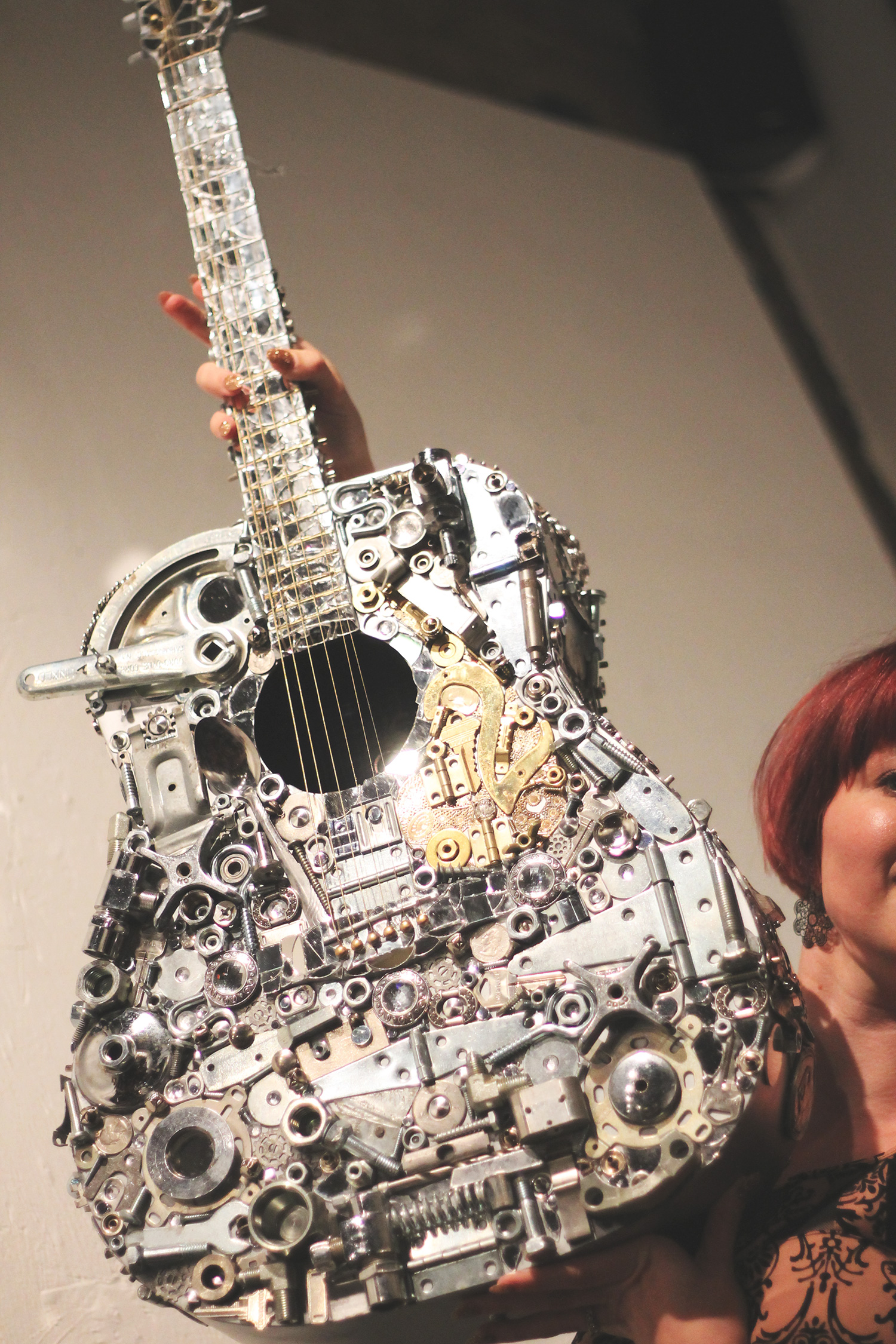 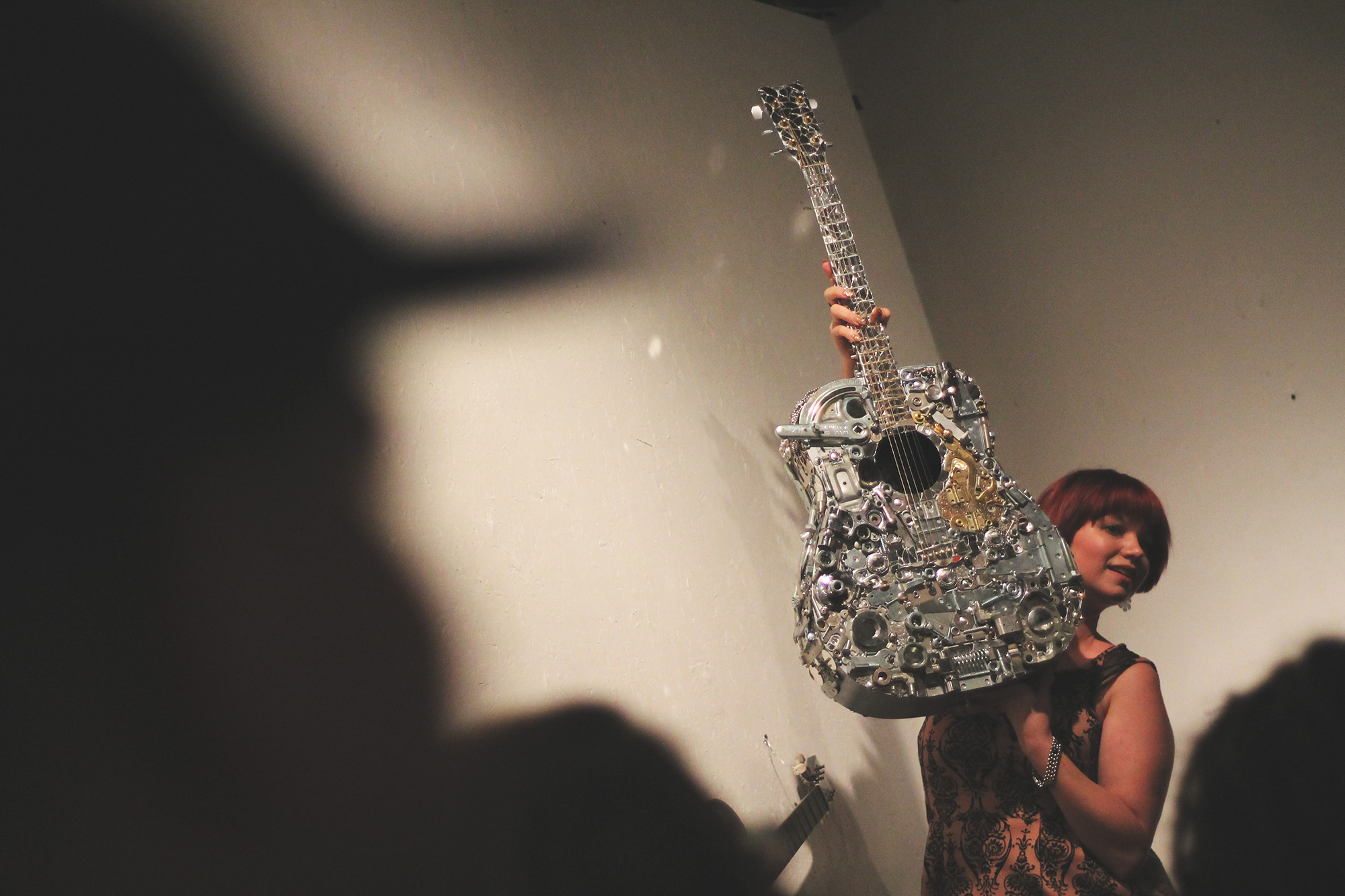 On Saturday night at the Kettle Art gallery in Deep Ellum, members of this tight-knit arts- and music-centric neighborhood showed strength in numbers — and deep pockets, too.

The latest fundraiser for Foundation 45 — the suicide prevention group formed in the wake of the 2011 deaths of Spector 45 musicians Frankie Campagna and Adam Carter — this “Art of The Guitar” affair featured the works of 45 area artists on 45 donated guitars to be auctioned off to the highest bidder. And some of those bids? They were quite high.

After the first of three rounds of auctioning these works of art saw bids topping out around the $200, the floods really opened in the second. Perhaps the spirit of philanthropy roused everyone into a tizzy, or maybe it was just the booze that was freely flowing, but by the time Elizabeth Dryden’s submission — a guitar covered in chrome nuts and bolts — came  up for bidding, the wallets in the room opened up quick. Following an opening offer of $100, the bids came fast and furious; within seconds, they’d surpassed $1,000. And though the four-digit offer slowed the rate of the competing bids, it hardly stopped them — not until a $2,000 offer was thrown out to cheers across the room.

In the end, a total of $12,000 would be raised for Foundation 45’s aim to help some of the most emotionally distant among us — artists and musicians for whom traditional methods of therapy so rarely work — on this night.

Indeed, the guitars on this night were surpassed in beauty only by the spirit of support that buoyed their creation in the first place.