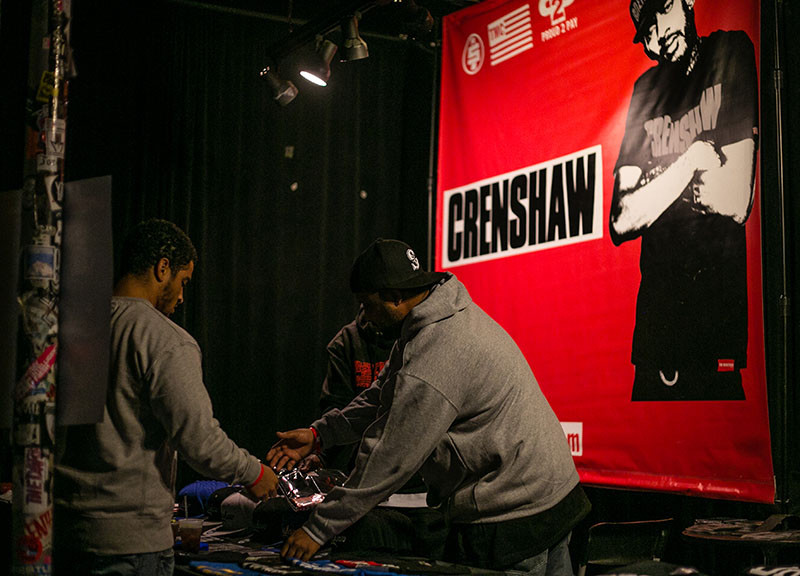 On Saturday night at The Prophet Bar, merchandise and promotion material for Hussle’s Crenshaw World Tour were plastered on all sides of the venue’s interior. For some reason or another, it’s just not common for hip-hop artists to execute a tour as well as most other genres of music do — e.g., plenty of shirts, music, stickers, lighter, etc. But this shouldn’t be a surprise coming from Nipsey Hussle, considering a) the hustle is right there in his name, and b) this is the artist who last fall released his long-awaited Crenshaw mixtape to the masses through various free mixtape sites but only released 1,000 physical copies for $100, which were apparently sold right away, quickly profiting the artist a cool $100,000.

Hussle is an artist who knows the value of his work. And, to that end, he hasn’t settled on a major label to sign with — although he’s been rumored to be signing with Warner Bros. and Rick Ross’ Maybach Music Group. It’s worth noting: Ross appears on Nipsey Hussle’s mixtape, as do a slew of other high-profile artists, all of whom co-sign the independent artist.

No, Nipsey Hussle isn’t lacking in support. Even before doors officially opened at the show on Saturday (for which, full disclosure, Central Track served as a co-promoter), the line to get into the venue ran for several blocks around the venue. The near-sell out crowd packed the venue relatively early at around 9 p.m. but soon had a long wait ahead of them. What’s becoming a tired pastime at hip-hop shows, nearly a dozen openers competed for stage time — some literally fighting for their chance to be heard. Even a surprise appearance by Treal Lee & Prince Rick felt agonizing. By midnight, the frustrated crowd had long had enough of the openers — and, in turn, they properly booed the last two acts after being told Nipsey Hussle would take the stage next each time.

Then, without much fanfare and a short “turn-up” set by Hussle’s DJ, the Los Angeles rapper finally took the stage and finally delivered the main event. Throughout his set, he worked through tracks from his latest Crenshaw mixtape but also tested the fans’ loyalty by taking requests of his older material from his The Marathon mixtape series and Bullets Ain’t Got No Name series.

In taking requests, Hussle delivered what the audience wanted to hear. Again, no surprise: The guy is all about his business, and he knows the that his success is based on what he delivered to this audience, which has obviously been taking care of him by nearly selling out the show, buying merchandise and even purchasing VIP packages that allowed some fans special access at the show and a meet-and-greet session.

To that end, expect to only see more growth for the underground performer in 2014 — especially with the release of his official debut album impending.

Fittingly, the panned name of that next album? Victory Lap. 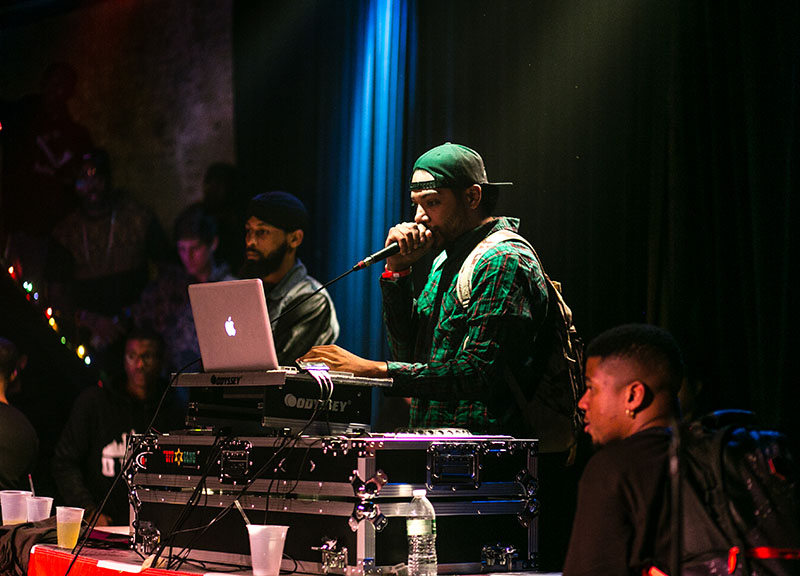 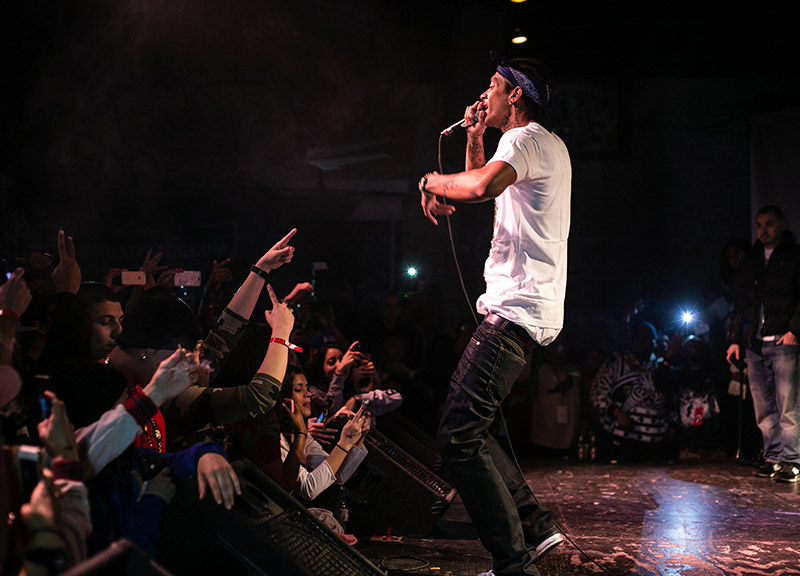 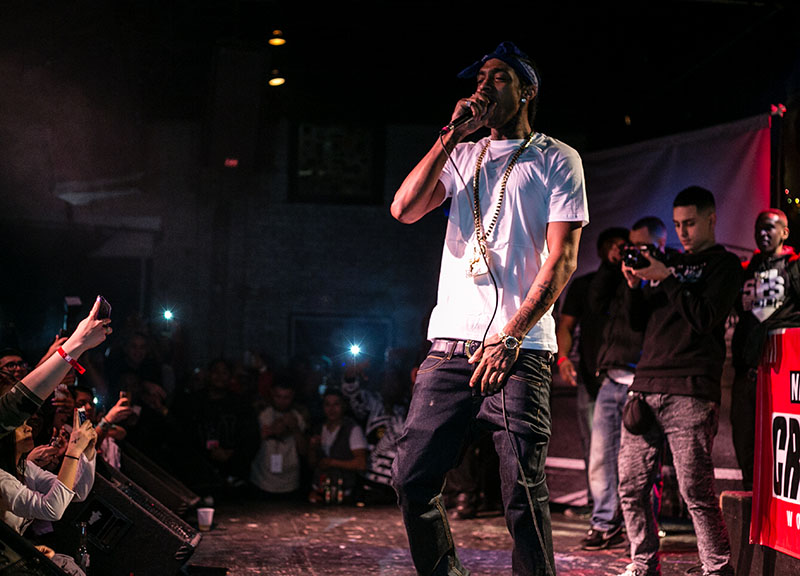 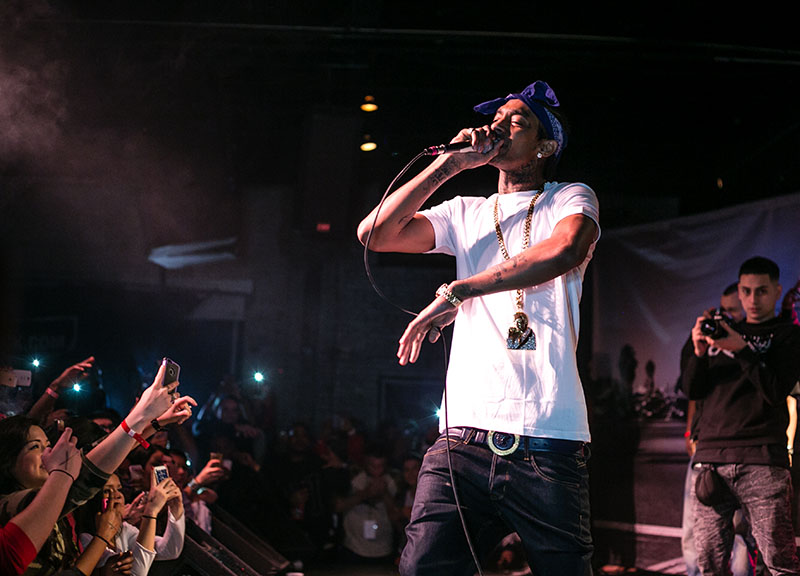 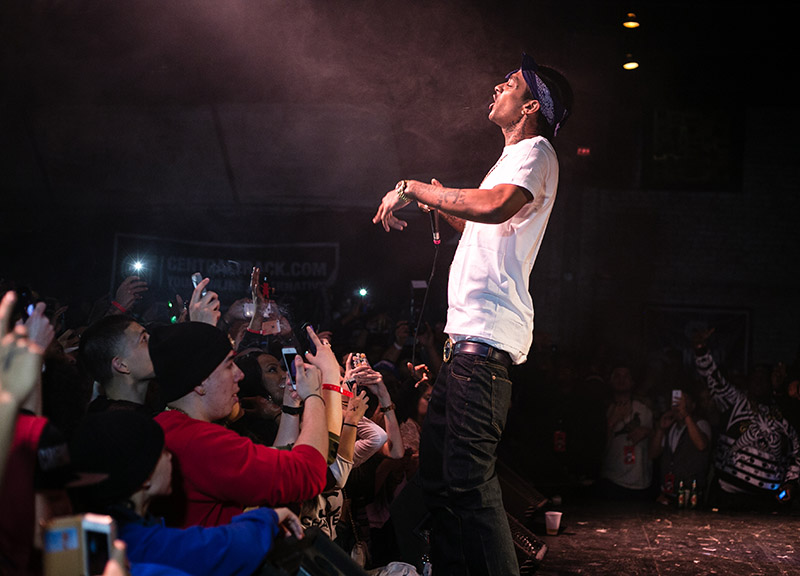 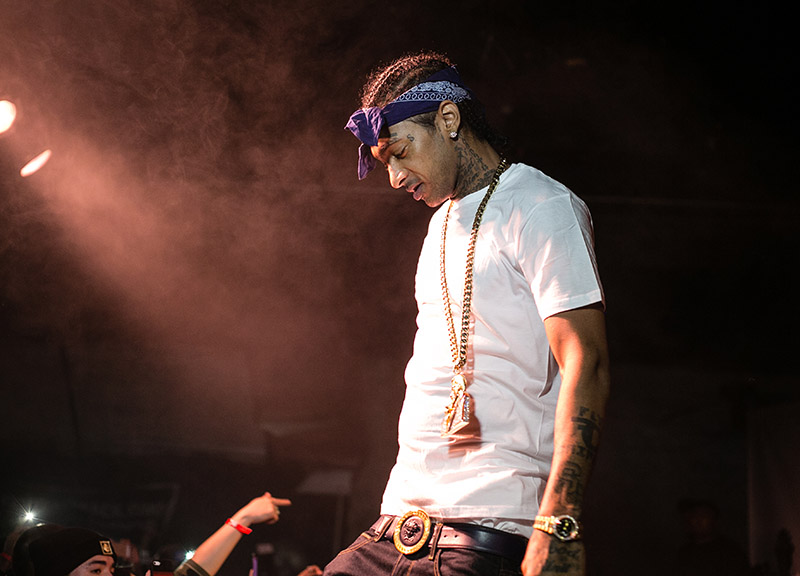 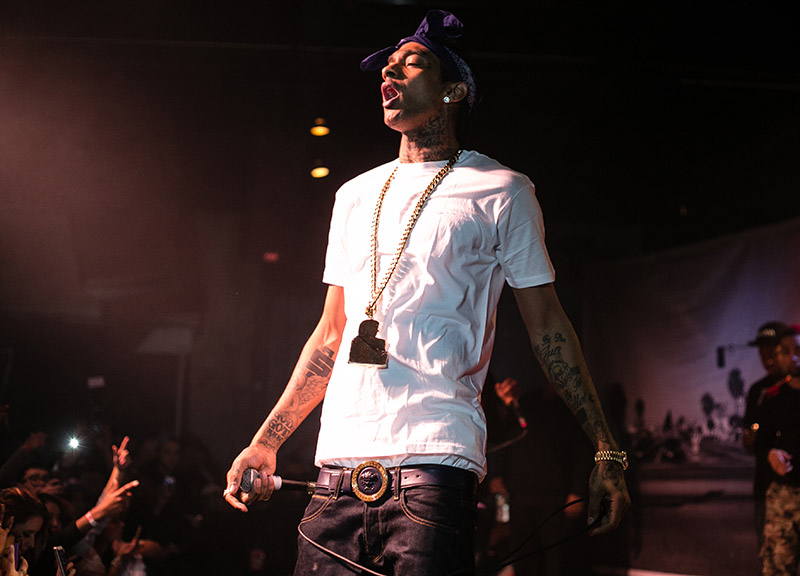 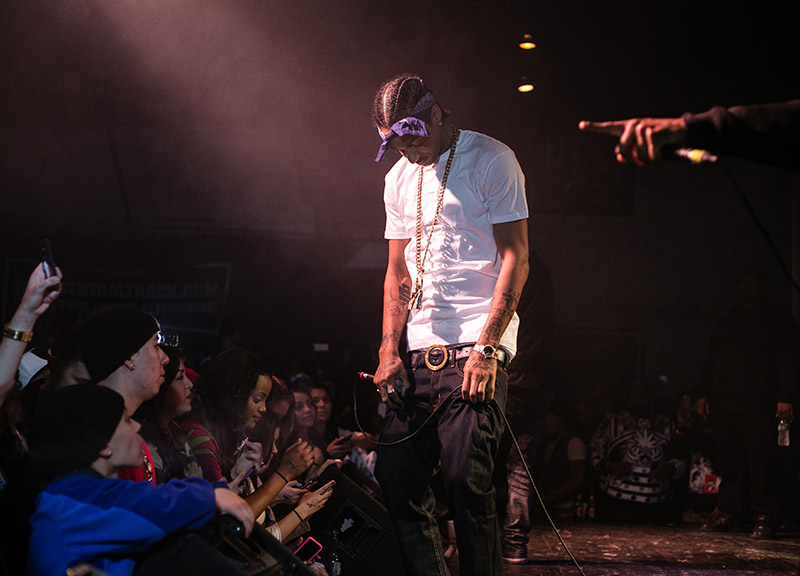 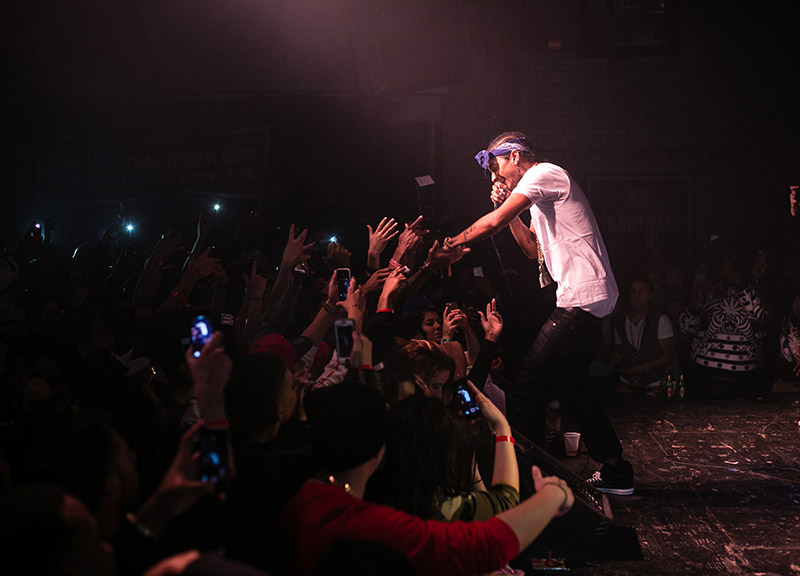 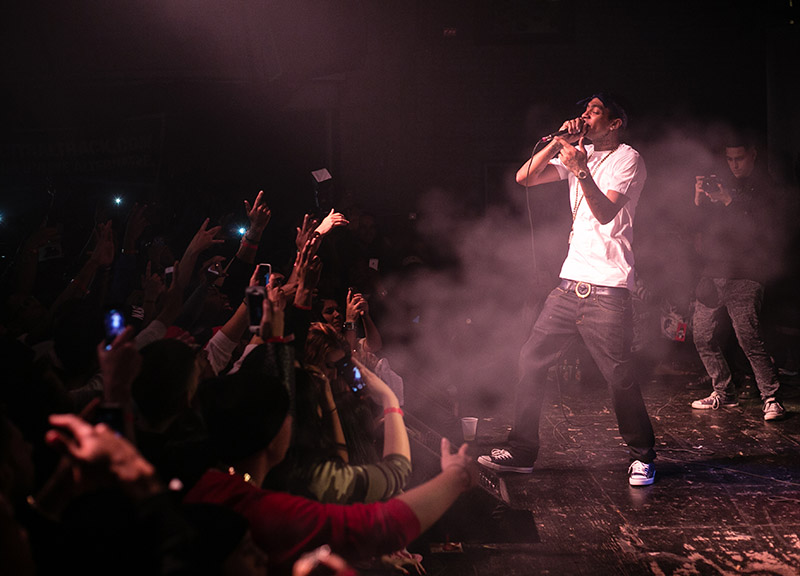 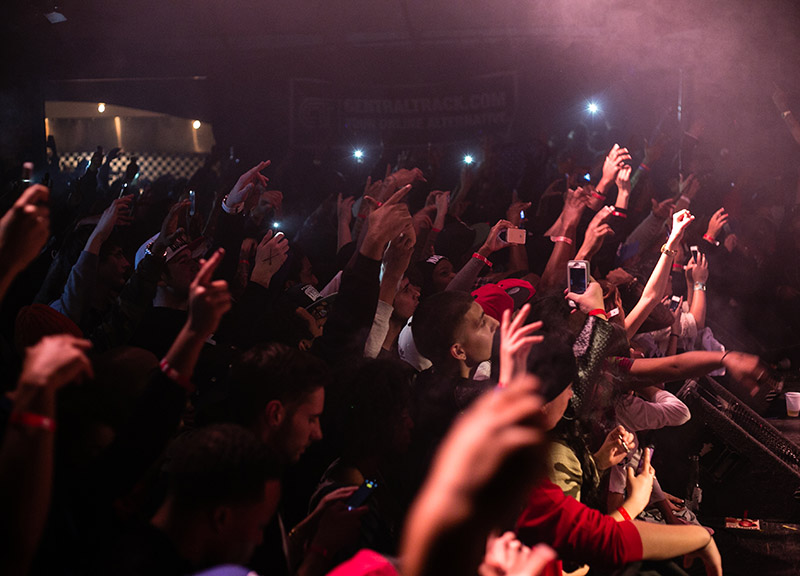 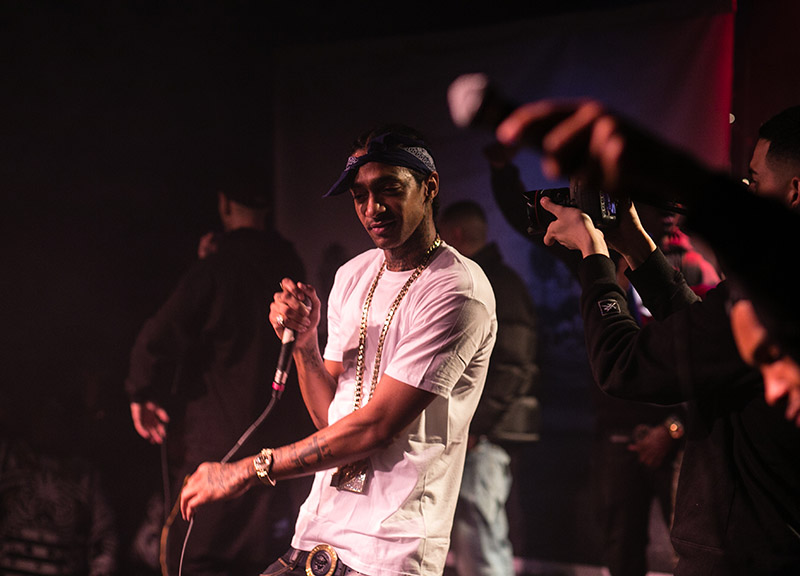 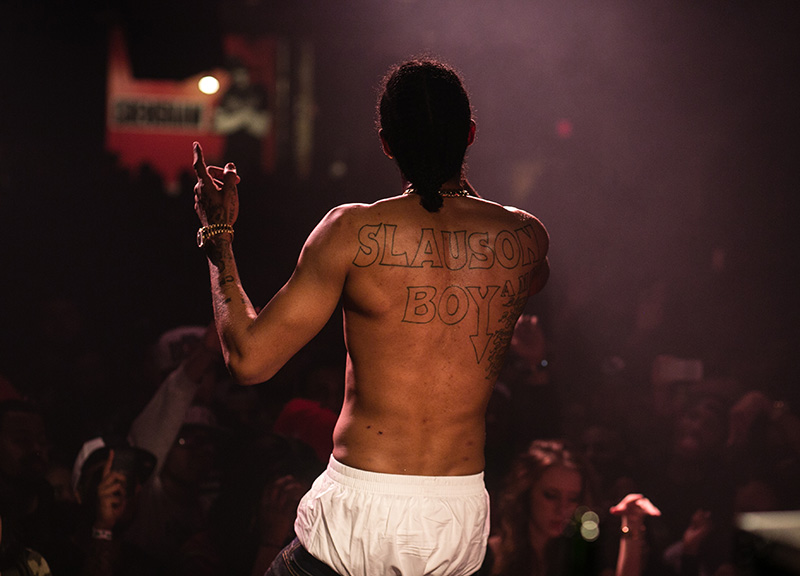 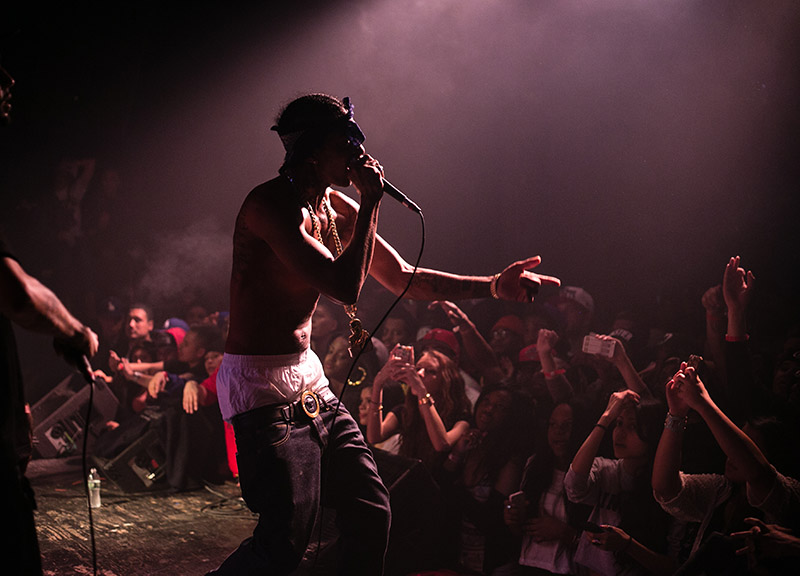 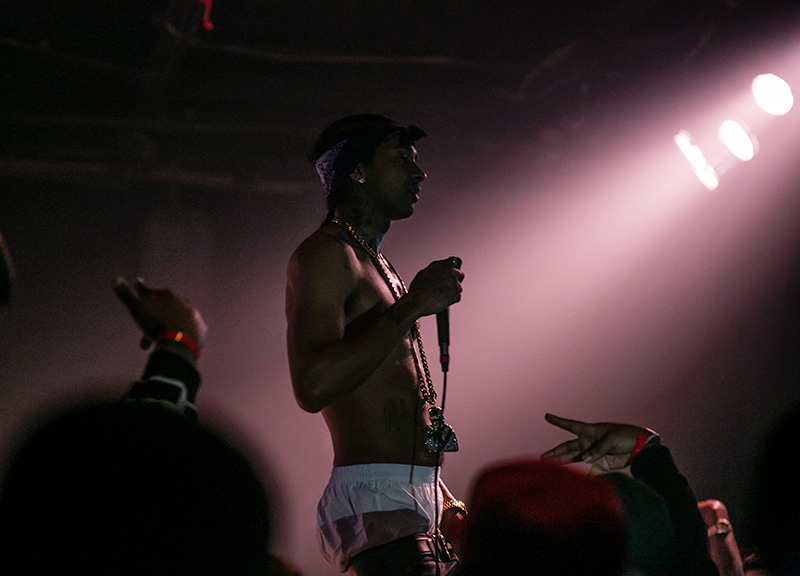