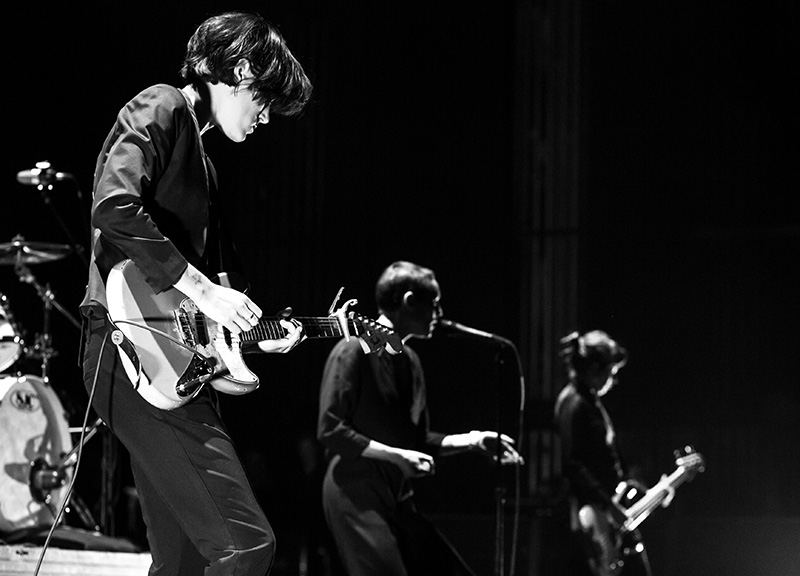 Scenes From Saturday's Queens of the Stone Age and Savages Show at The Verizon Theatre.

The bands share a label — Matador — and they're both loud, sure. But, beyond that, they just don't have much in common.

Nevertheless, the two acts were booked together for a string of dates book-ended by their Austin City Limits Festival performances this month. This show, held on Saturday at Grand Prairie's Verizon Theatre, served as a kickoff of sorts for this run's non-festival dates, and, judging from what went down, attendees at the rest of this mini-tour's stops would do well to show up early, expecting an interesting, if not cohesive, experience.

Coming onto stage with little fanfare and a house that was at least three quarters empty, Savages — frontwoman Jehnny Beth, guitarist Gemma Thompson, bassist Ayse Hassan and drummer Fay Milton — spent its opening set absolutely blowing away the few who had shown up early either because they knew what was coming or because they were just fortunate enough to experience a little dumb luck.

There was minimal stage design — Milton sat on an elevated platform, that's about it — and sans all pretension, Savages just did its thing. Beth and Milton provided the intimidation: The singer showed no compunction about staring down multiple members of the audience during songs like the S&M-shaded “Hit Me,” and the drummer often did the same while wailing mercilessly on her kit. Meanwhile, Hassan and Thompson gave the band all the instrumental backbone it could possibly need. Hassan's playing, especially on “Shut Up,” which like “Hit Me” and the rest of Savages' set (save one) came from the band's debut Silence Yourself LP, was particularly stunning. She seemed lost in her own world in the best possible way, both above the ruckus the band was creating and essential to it. The four-piece tore through its 35-minute opening slot with a ferocity that made the offering feel like it was maybe half that long.

Savages' influences aren't exactly hidden — there are times when Beth sounds almost exactly like Siouxsie Sue, and Hassan owes a lot to Peter Hook's work with Joy Division — but the band never seems derivative. The energy, verve and menace that paced the band's performance was simply undeniable. The band's set was all the things punk — or post-punk — music should be: It was fast, loud and more than a little dangerous. When the band comes back to town as headliners — hopefully soon — audiences should do everything in their power to check that show out. Everything.

Yes, Savages is that good.

Queens of the Stone Age, meanwhile, doesn't mind making its audience wait. Or perhaps the band was simply awaiting its Millennial/Generation audience's arrival. As time went on over the course of this between-band intermission, the venue, with its upper level curtained off, eventually filled in rather nicely. The lower three seated sections and the pit were fully stuffed with fans by the time frontman Josh Homme and the rest of Queens of the Stone Age walked out for what would end up being a nearly two-hour-long set.

QOTSA kicked off with “Keep Your Eyes Peeled,” the opener from the bandâ€™s newest album, its first in six years, the jokingly titled …Like Clockwork. As with most of the 19-song setlist, “Keep Your Eyes Peeled” played to the band'ss strengths: exceedingly competent instrumentals, Homme's witty lyrics and a droning groove that, at times, approaches danceability.

And, despite rejecting the stoner-rock label, Homme showed that constituency love throughout the night. At one point early in QOTSA's performance, he directly admonished security, telling the Verizon personnel to stop shining lights in people's faces, which was happening a bunch, perhaps due to the persistent burning rope smell emanating from the pit. As Homme put it: “We're gonna have fun, we're all gonna get drunk and we're all gonna go home and fuck each other at the end of the night.” That sentiment, unsurprisingly, received roaring approval from most of the crowd. And security, for its part, seemed to get the message. Everyone seemed to settle down a bit, and the vibe in the building seemed a lot less confrontational from that point forward.

QOTSA is nothing if not consistent, so picking highlights of its show isn't the easiest thing to do, although there were a few cuts that stood out for reasons other than the music: “If I Had a Tail,” another rocker from …Like Clockwork featured some decidedly strange visuals behind the band, including a disquieting video montage featuring a lot of mouths, tongues and teeth; meanwhile, “Sick, Sick, Sick” from 2007's Era Vulgaris, has acquired new poignancy due to Homme's near fatal battle with severe complications from what was supposed to be a routine leg surgery in 2010.

“Sick, Sick, Sick” was also the last song before what would turn out to be a three-song encore, one that began with Homme, illuminated only by the cherry on the end of his cigarette, taking a seat at a keyboard for “The Vampyre of Time and Memory,” a wistful ballad that, judging by the crowd's reaction, was a bit out of place. The somber mood inspired wouldn't persist, however, and, by the time the band walked off stage, with feedback still ringing through the PA from its closer, Songs for the Deaf's â€œSong for the Dead,” most in attendance seemed thoroughly enraptured.

Queens of the Stone Age had given them exactly what this crowd came for: a career-spanning performance that never let up. 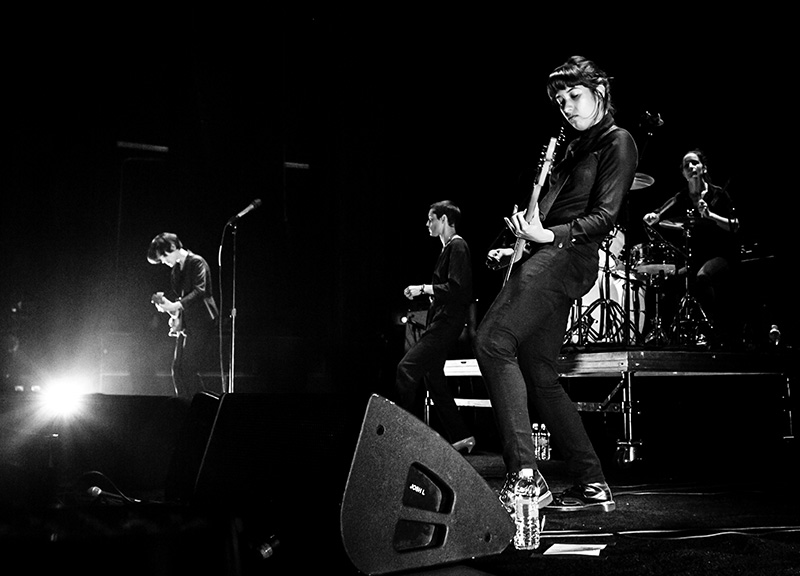 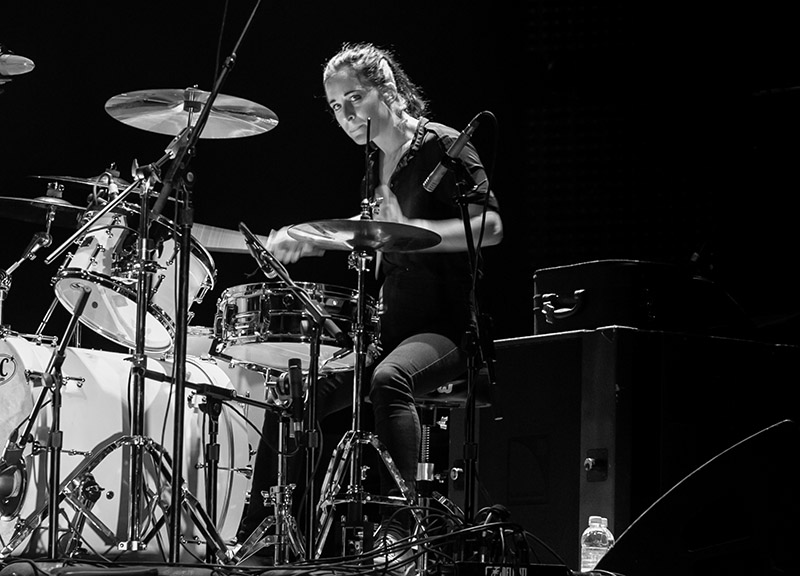 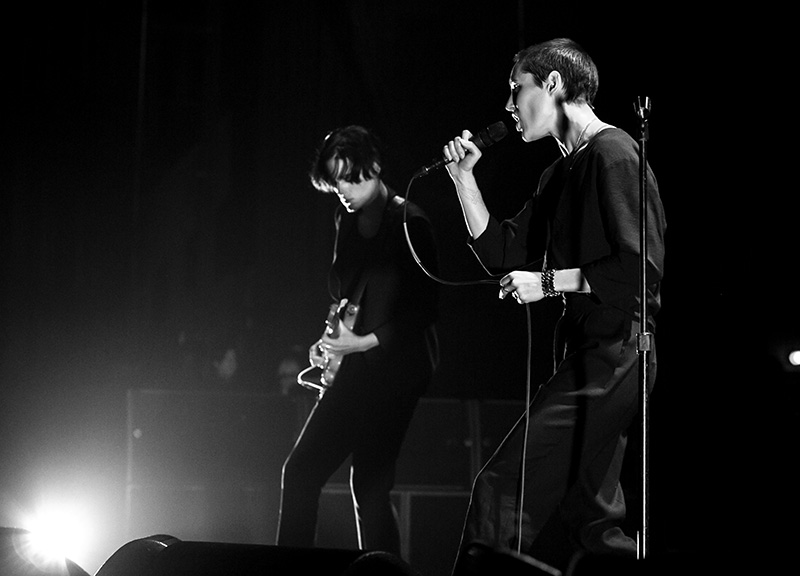 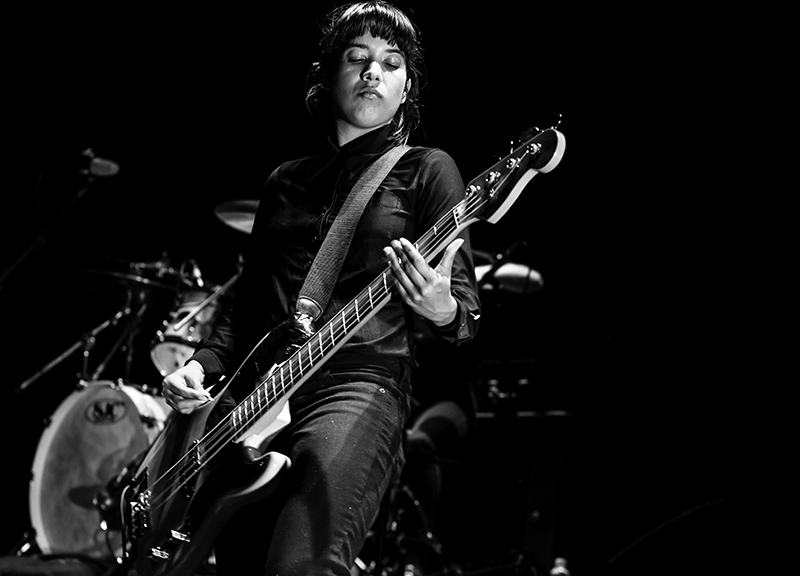 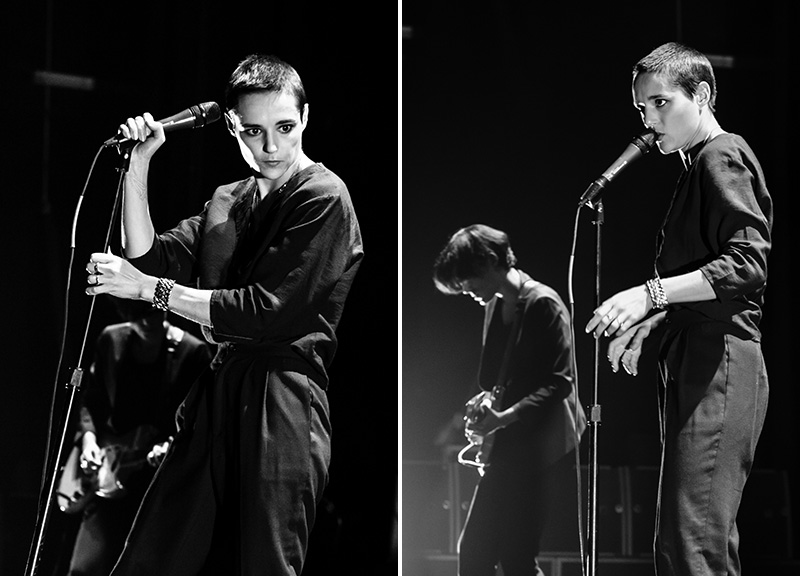 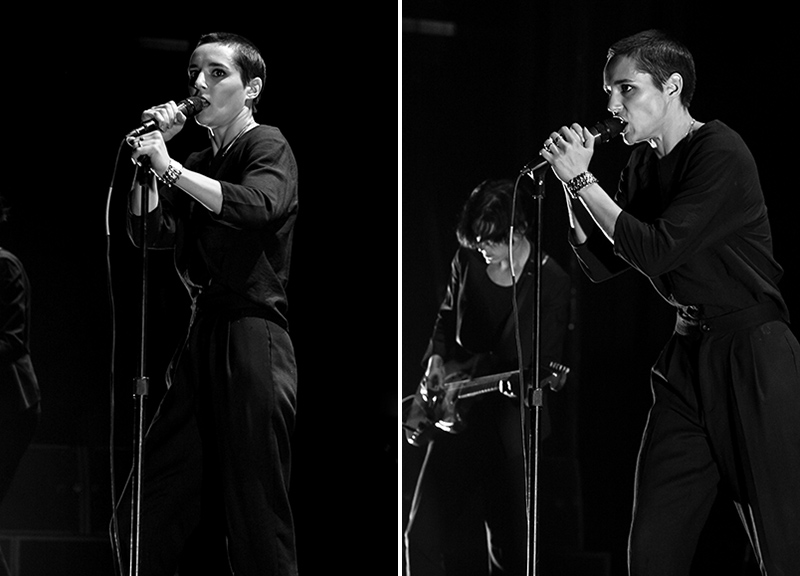 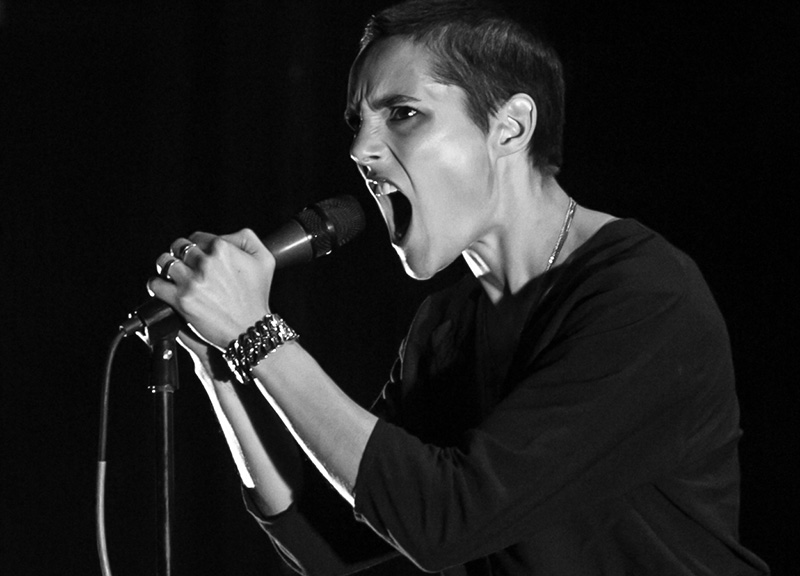 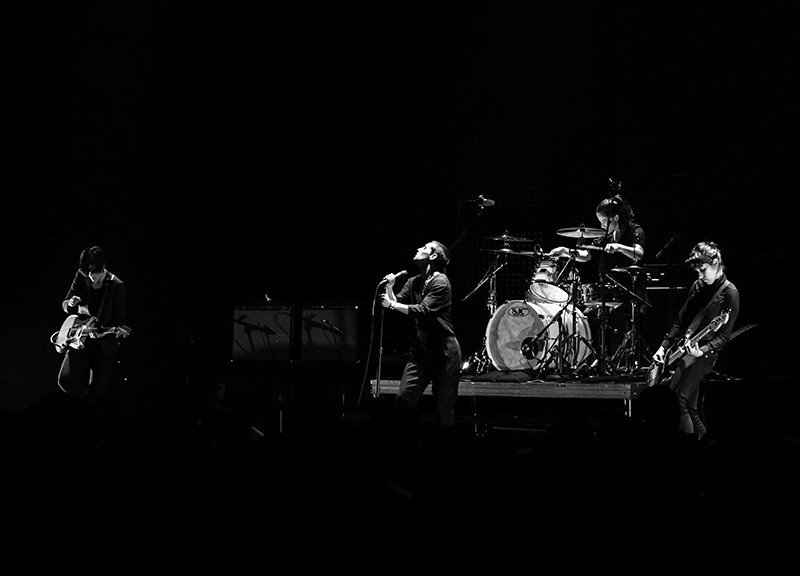 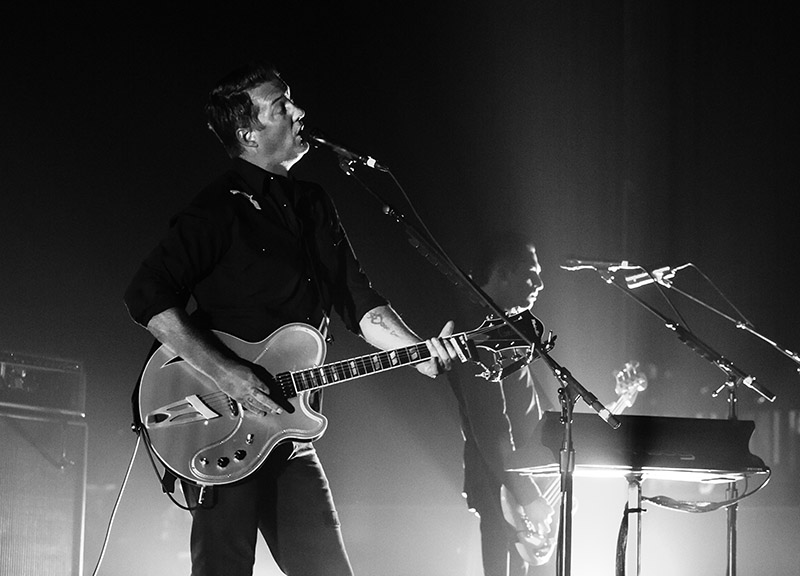 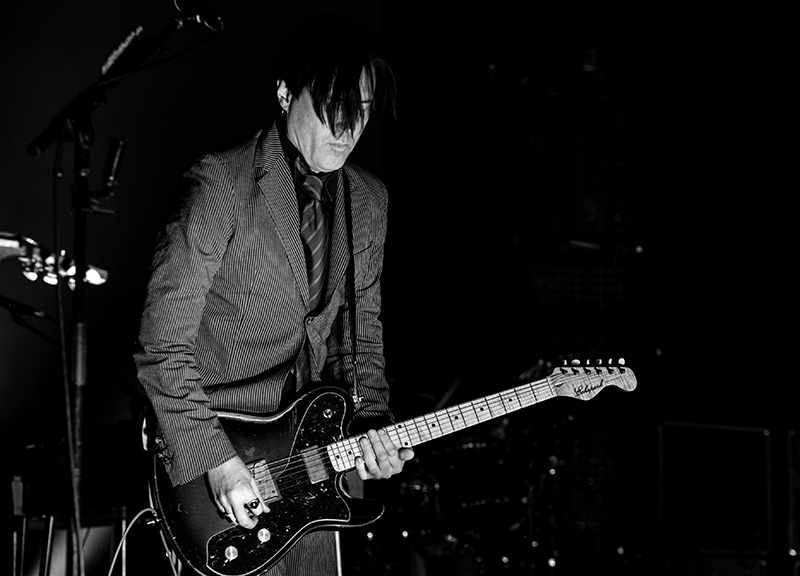 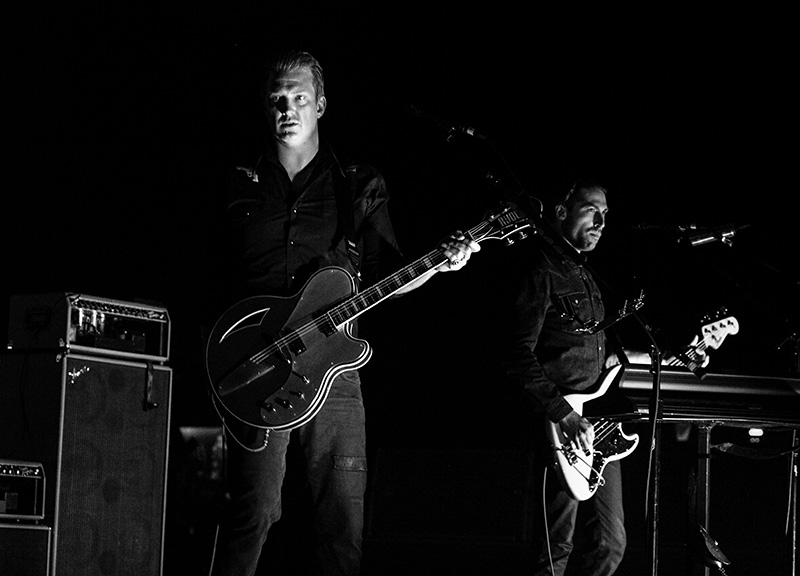 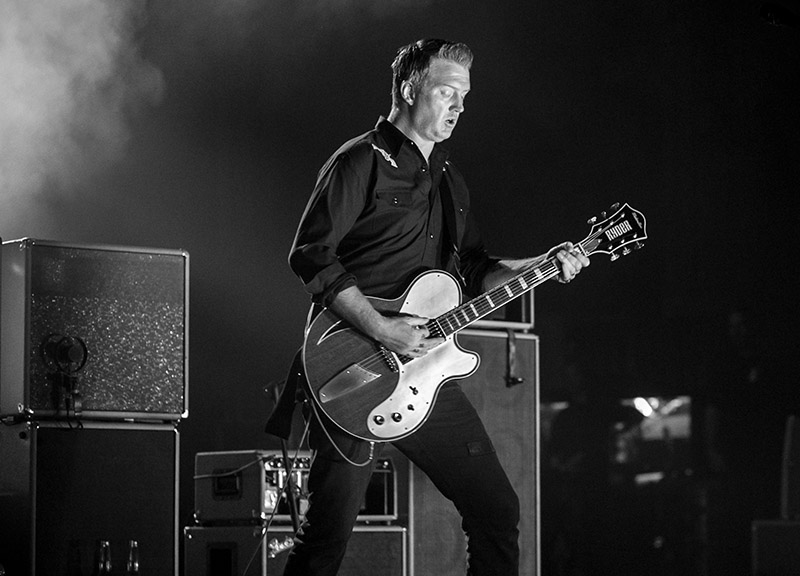 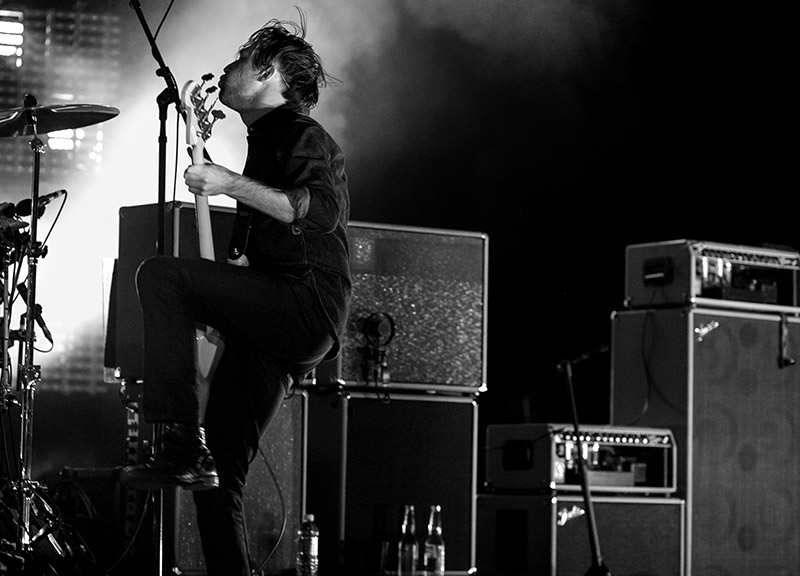 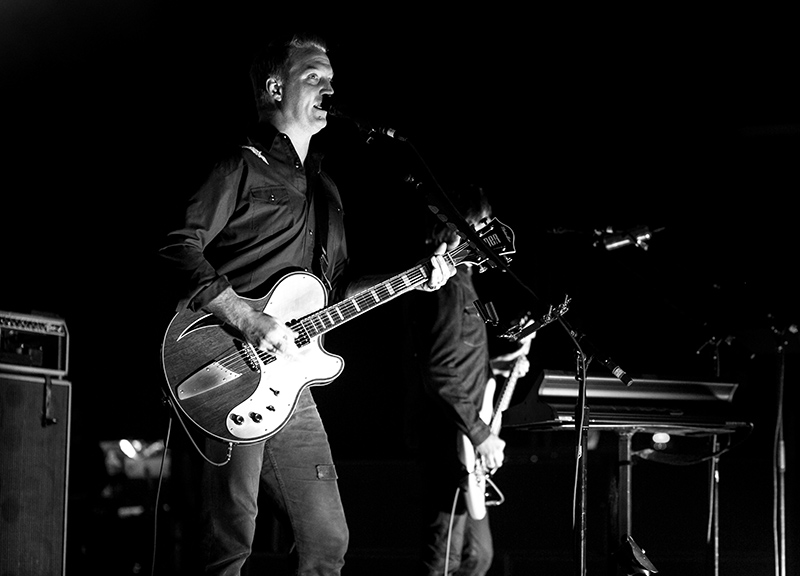 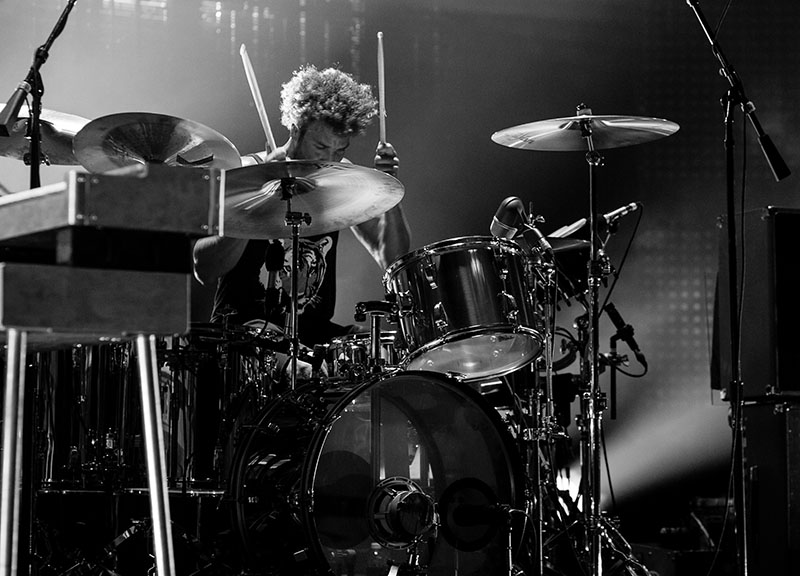 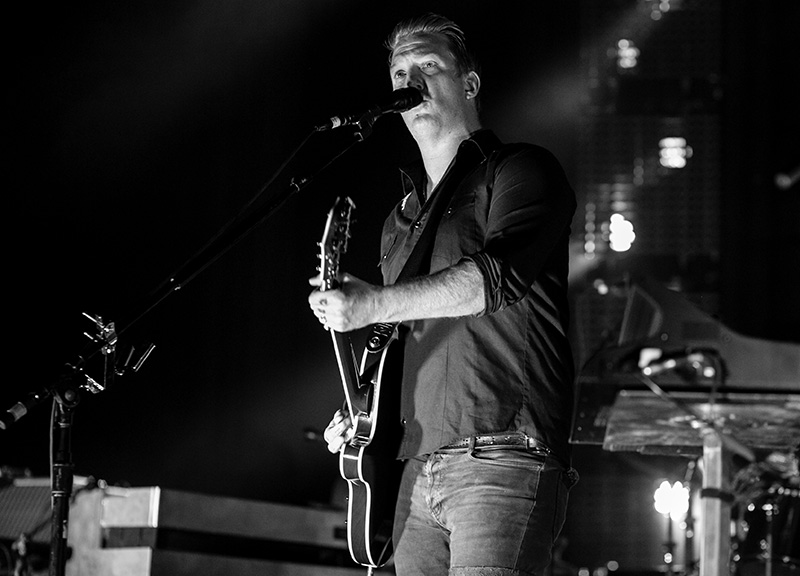