If you thought Soulja Boy’s career was buried years ago along with his chart-topping hit single, “Crank Dat (Soulja Boy),” well, you thought wrong.

And, judging by the turnout at the Prophet Bar on Saturday night, which came as the Dallas stop on the rapper’s “We Made It” tour, plenty of others thought that, too.

But those who have been keeping tabs on Soulja and his recent strategic moves, were in for quite a treat at this show. Soulja’s headlining set on this night was a high-energy and entertaining performance that laid to rest his subjection to pop-rap and reaffirmed the 24-year-old as a rising artist to watch — yes, again.

Leading up to Soulja’s appearance on stage, however, you wouldn’t have been so sure. By 11:30 p.m., each of the night’s opening acts had already come and gone — and yet the Prophet Bar was hardly even halfway full. You couldn’t blame the openers for that, though; theirs were memorable sets, with locals Denzel and B. Reed of Yung Nation in particular offering up deliveries that measured up to the same caliber of the headlining performer. And the audience was receptive, too: The few who were gathered at the front of the stage didn’t hesitate to twerk and shout along with the performers and their crews of dancers on stage.

Still, there was an air of anticipation that actually did manage to fill the room, with fans waiting to be impressed following the recent Young Thug letdown and eager to crank that with the Superman himself.

And so, right at 11:47, when Soulja Boy and his crew finally descended onto the stage to his backing track of “Red Bottoms” blaring out the speakers, the room lit up with cell phone flashes and the show started strong.

Without missing a beat, Soulja then followed that up with “Hustlin’,” a track straight off his upcoming, much-talked-about mixtape, King Soulja 3. It was here that any preconceived notions of what this show was going to turn out like began to fade. Here, Soulja proved that he isn’t some joke of an entertainer. Instead, he delivered each of his rhymes with confidence and conviction, so much so that he could’ve carried the weight of this performance on his own, without any backup posse at all.

Still, his hype men were there, keeping the crowd live as Soulja moved without hesitation from one song right into the next, most of them some of his most recent works. That included the Nicki Minaj collab “Yasss Bish!” (not to be confused with “Yahhh!”) and, of course, his collaborative “We Made It (Freestyle)” with Drake. Soulja also paused to pull various audience members on stage, then proceeded to perform “Crank Dat TerRio” as his posse broke out into the yeet.

Then, with discrete yet still evident reluctance, Soulja gave the audience what they forgot they had originally wanted — those ridiculous songs that made him famous in the first place so many years ago. As songs like “She Got Donk” and “Kiss Me Thru The Phone” played, Soulja’s demeanor changed entirely. Here, he allowed the backing tracks dropped by DJ Kiss, apparently “America’s hottest kid DJ,” to do much of the heavy vocal lifting, instead choosing to simply dance along with the beat instead of spitting his rhymes in the faces of the front row as he had been doing for the past 30 minutes. The move sent a clear message to the crowd that these oldies are long retired, and that he’s onto something new these days. And the audience seemed to gather that as well: They didn’t really mind the choice, so long as Soulja kept smiling and dancing. People were still excited to hear these songs in real life, with Soulja right there, singing the hooks and most memorable lines for them. All they seemed to care about was that he still danced that dance along with the rest of the room. And, surely, he did.

In all, it was quite the performance, really, with Soulja jamming out shirtless, center stage, surrounded by his die hard posse and plumes of smoke. The people were pleased — especially when he stuck around for a few extra minutes to do what else but take selfies with whoever was lucky enough to reach him before his bodyguard whisked him away.

Seems it’s only a matter of time before Soulja takes the music world by storm once more. He’s already got the rest of the rap world ready for a re-embrace: On the brink of releasing his 4th studio album, the rapper has collaborated with almost every other big name in the industry, including Migos, Young Thug, Wiz Khalifa, Diddy and even Lil Wayne. After getting his bapes in the door through the pop rap genre, he’s finally ready to let his producing and performing shine for real. 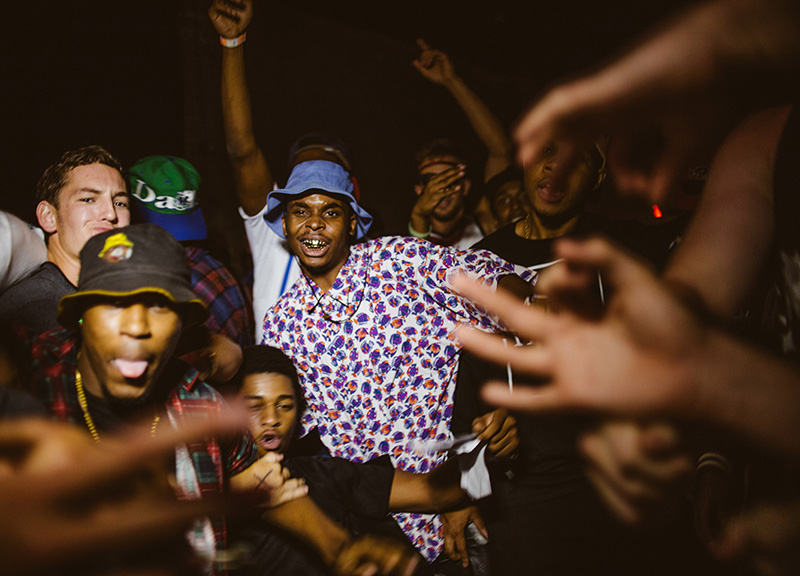 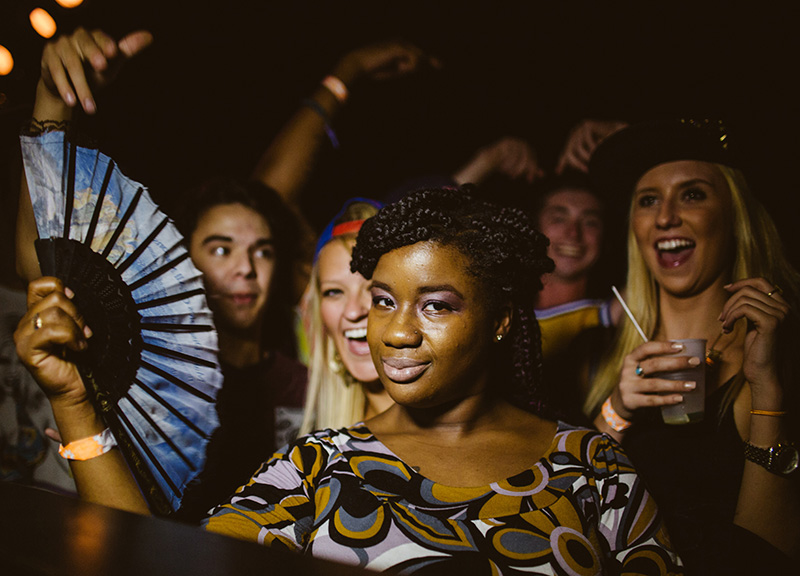 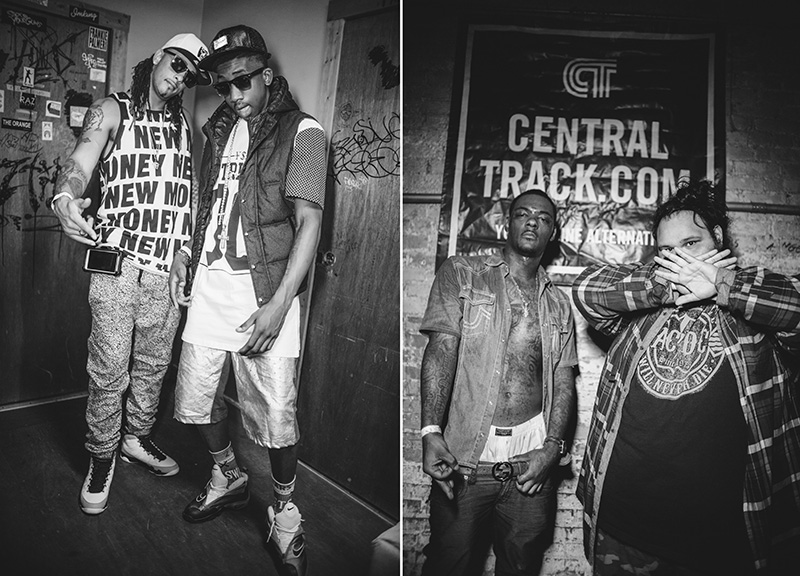 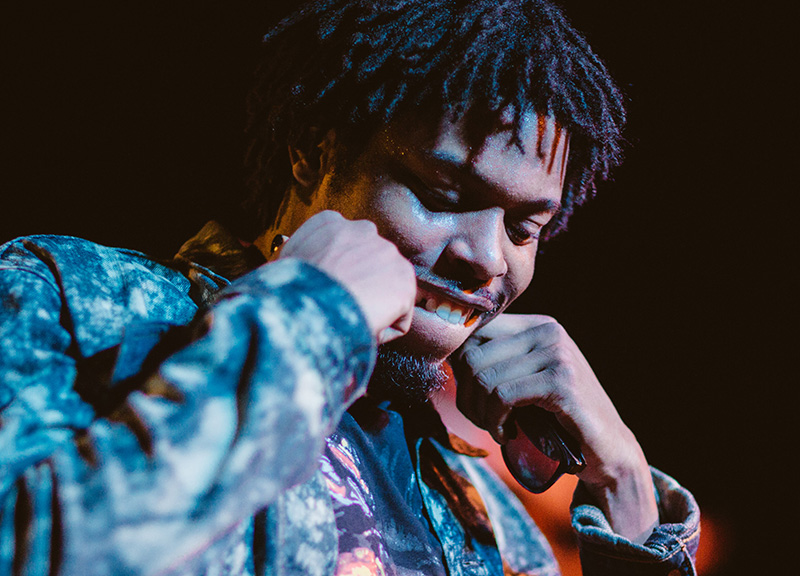 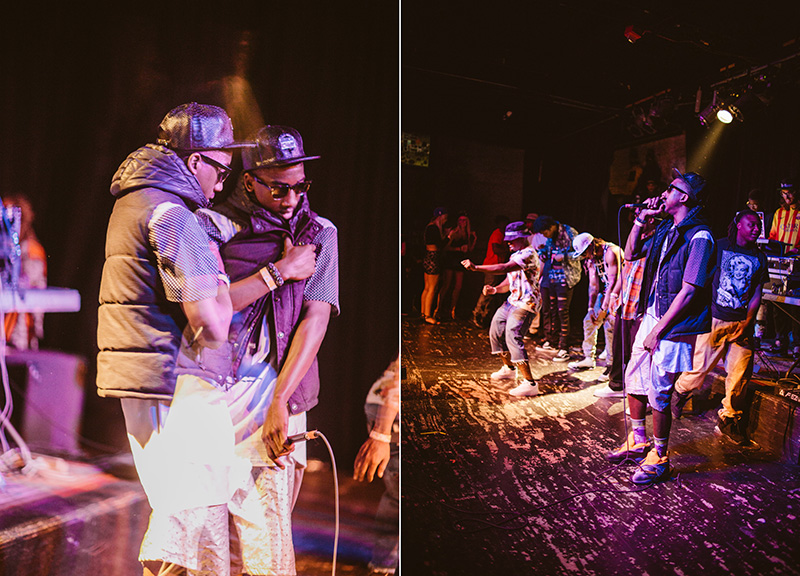 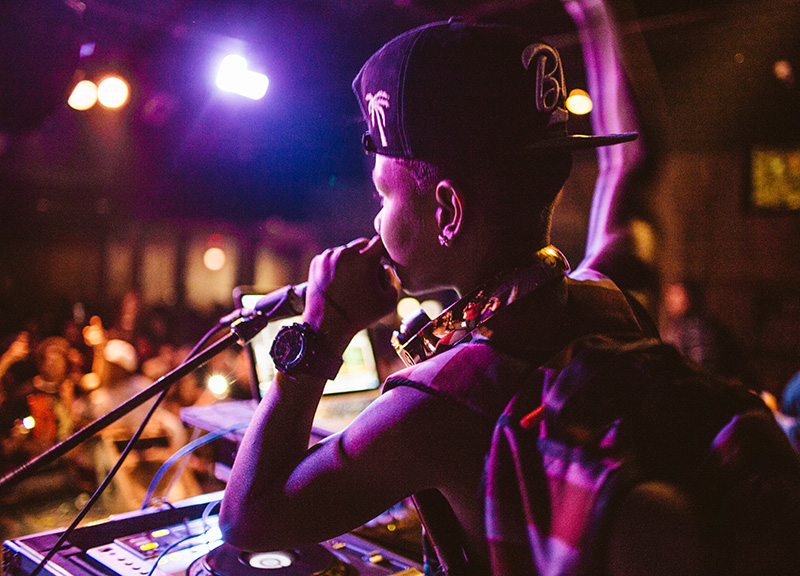 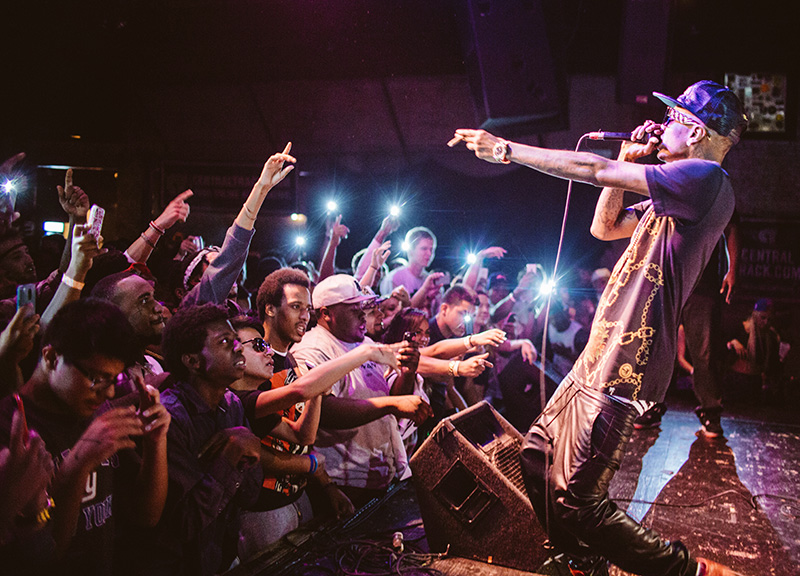 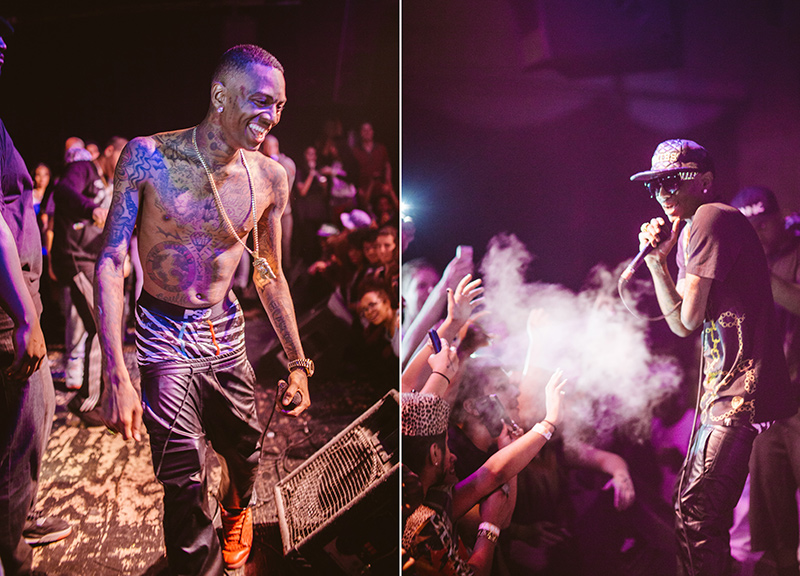 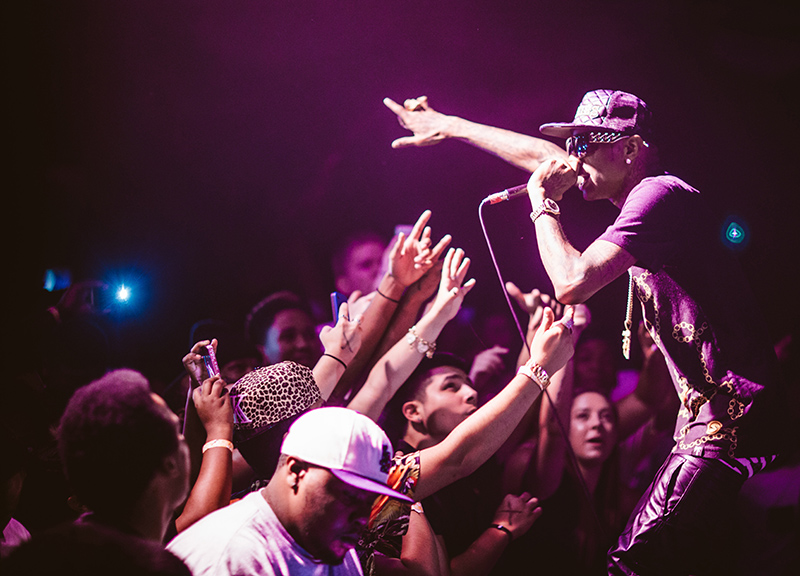 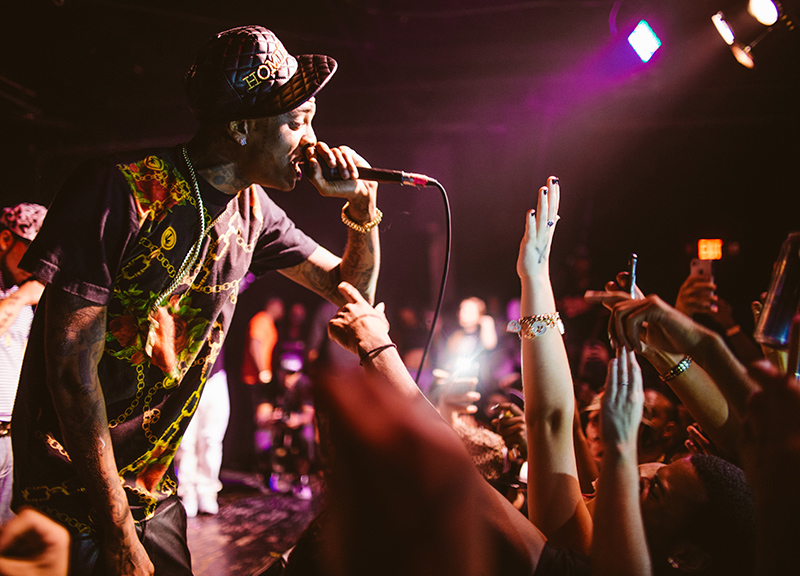 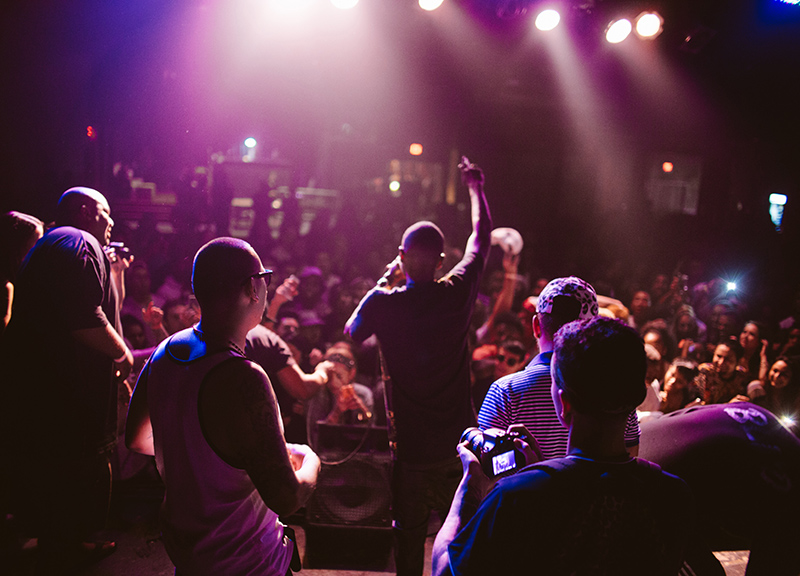 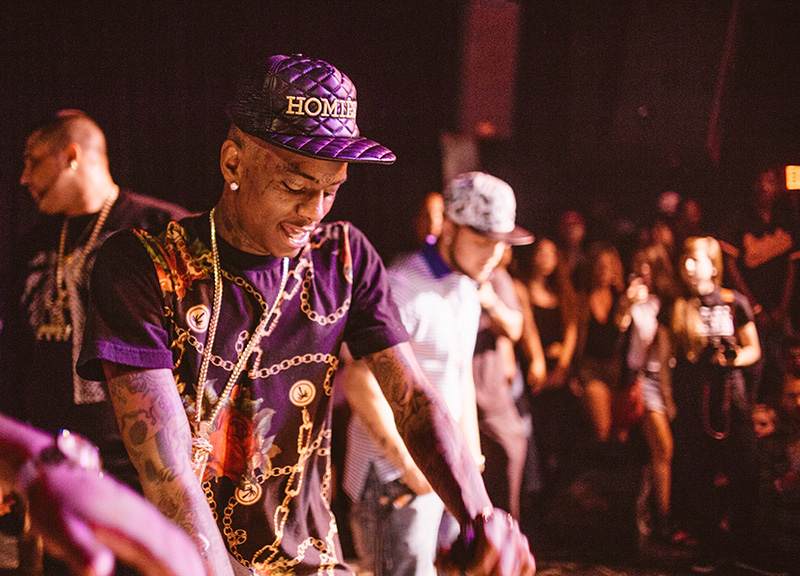 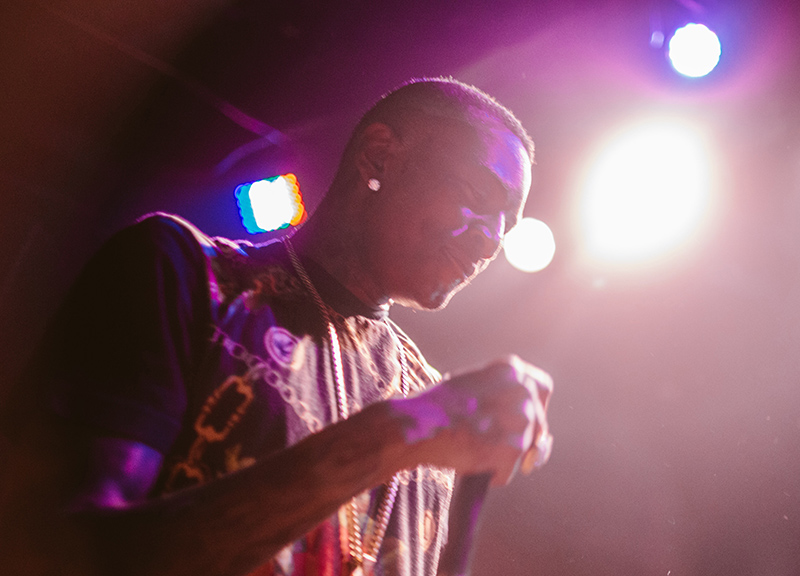 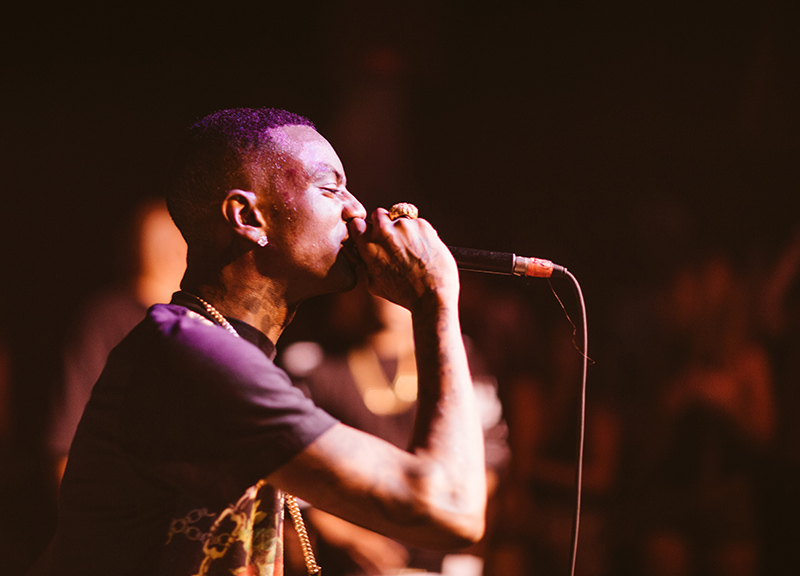 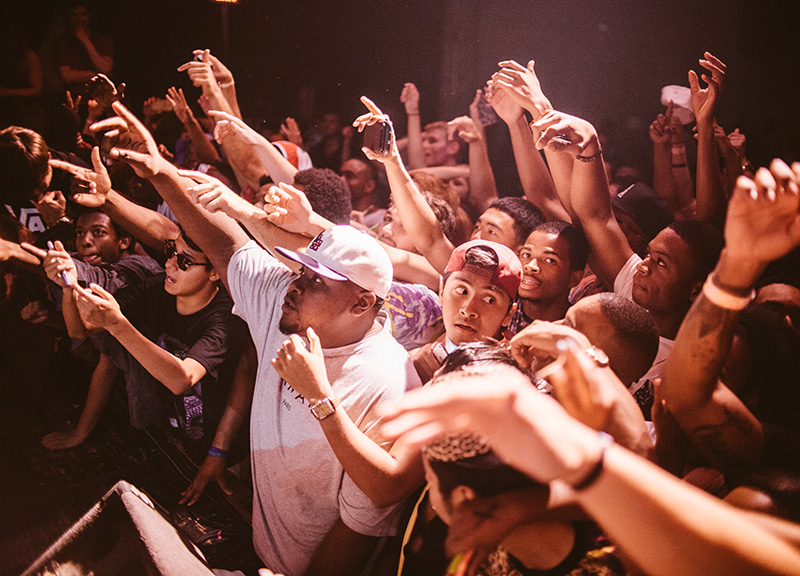 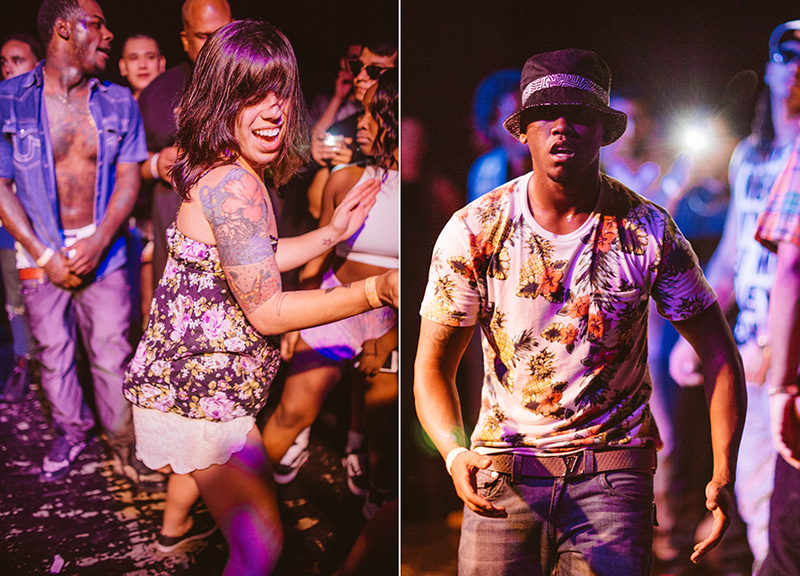 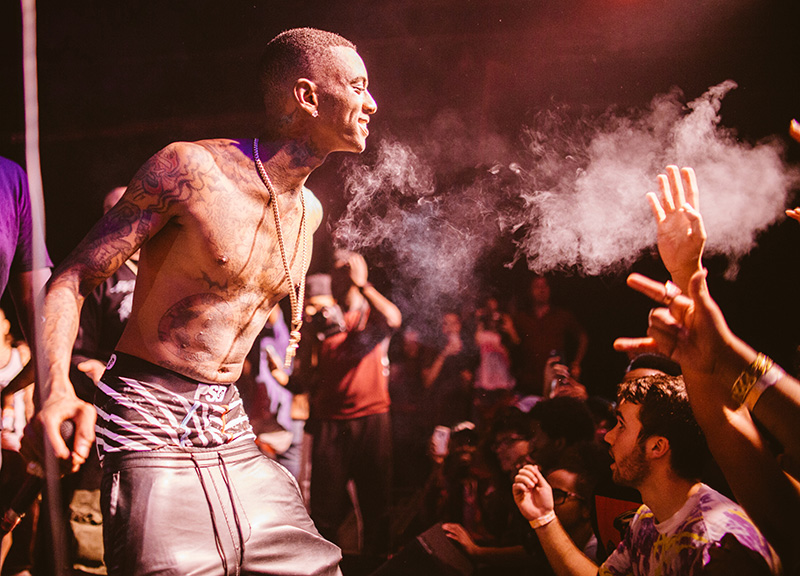 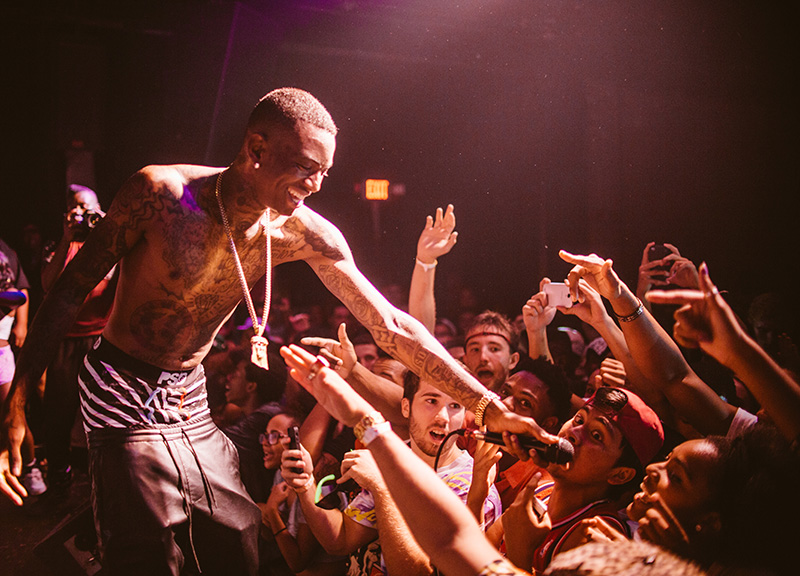