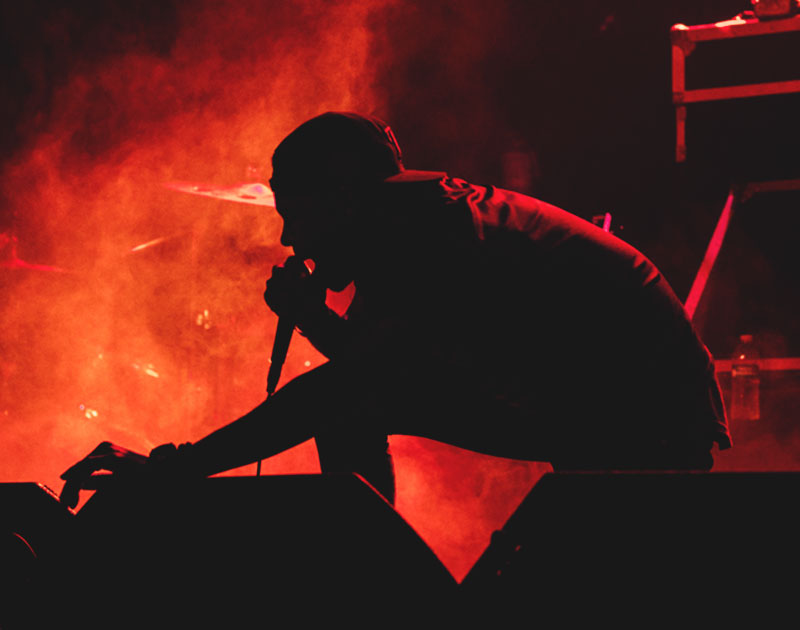 Welcome to Songs of the Week, where we hip you to all the new local releases you should be caring about. By putting them all together here in one place, our hope is that you can spend less time searching for relevant new releases and more time giving each one of these jams the proper shine they deserve. OK? OK.

House of Reveries – “Newton’s Law”
RIYL: Never hurting anyone.
What Else You Should Know: “Newton’s Law” is the first single from Dallas’ newest band, and it’s quickly establishing lofty expectations for the quintet. The seemingly straightforward soulful ballad is carried by Jordan Edwards’ sweet lyrics and crooning falsetto, but as the song progresses, we’re treated to some great rhythm guitar and scatting before this fantastic debut wraps up. — Mikel Galicia

Jon Bap – “Queen Chimera Pt. 1”
RIYL: New Jack Swing revivals.
What Else You Should Know: For the second week in a row, Jon Bap’s premiered a great new song on Okayplayer,  and as Elijah C. Watson wrote in premiering “Queen Chimera Pt. 1,” the track is a take on the ever-familiar New Jack Swing subgrenre, but coupled with Bap’s unique twist on time signatures and grooves. “I was inspired to make my own New Jack Swing-type track but I made it in 9/8,” Bap told Okayplayer. “Basically the whole song is about existence and how it seems to be the best magic trick ever. Nobody really knows how it’s working but when you just sit back and watch the show you can see how amazing it is to exist.” — MG

The Get Money Squad — “Youth”
RIYL: Blaming millennials.
What Else You Should Know: Oh, you thought we were only going to include one Jon Bap song this week?!?! You thought wrong, bucko. Bap is clearly a man on fire at the moment, dropping dimes in both on the solo tip and on the collaborative front. This collaboration finds the now-Dallas-based Bap collaborating with his fellow Buffalo ex-pat, Quentin Brock for a song that teasing some mid-’00s slacker indie rock influences with some very modern-day frustrations about people not giving the youth enough love. — Pete Freedman

Buffalo Black – “Wolves (feat. Bobby Sessions and Curtis Mayz)”
RIYL: Being treated like a wolf in sheep’s clothing.
What Else You Should Know: “Wolves” brings together three of the best rappers in the city, and the thoughtful single from Buffalo Black’s upcoming Black Market EP is a testament to the lyrical abilities of these local favorites. My favorite line from the track comes from Buffalo Black himself: “All they see if gold fangs, say we want the same things like wolves among the flock.” — MG

TripleDigital (ArraDon x Paris Pershun x MgaCzar) – “Tipsy Tippin Through the TripleDigital”
RIYL: Superteams
What Else You Should Know: This is one formidable trio right here. All three acts have independently been stalwarts in the Dallas hip-hop scene for years, and on “Tipsy Tippin Through the TripleDigital,” Arradon, Paris Pershun and MgaCzar come together and deliver collaborative track that feels like a classic anthem as soon as the bass kicks in around the 20-second mark. .– MG

Tears of Silver – “Nighttime”
RIYL: Keeping up.
What Else You Should Know: If you don’t know who Ken Stringfellow is, that’s fine, because this isn’t really just his song. See, he’s about to hit the road with a bunch of musicians, including Jesse Chandler of Midlake. Together, all those dudes are calling themselves Tears of Silver, and they’re going to start playing music from their original band as well as cover songs on that jaunt. That’s where we get “Nighttime,” their cover of a Big Star song featuring Jesse Chandler. Got it? Cool. Now you can fully enjoy this charming track. — MG

Frenchie’s Blues Destroyers – S/T
RIYL: Making dead men dance.
What Else You Should Know: Frenchie’s Blues Destroyers is a “powerhouse” Fort Worth duo of two brothers named Frenchie and Pete “delivering their own of of blues music” that’ll swing you into the next county, coupled with “jump-beats that could make a dead man dance.” Those are their words, but we pretty much agree. — MG

Trae Tha Truth – “Too Late (feat. Post Malone)”
RIYL: Trae Day.
What Else You Should Know: Houston legend Trae Tha Truth snagged Post Malone to sing the hook for this street anthem, and the pairing makes for a wonderful dynamic, especially toward the end of the track when two take turns exchanging hooks. Also, today is Trae Day, an official holiday declared by the mayor of Houston for Trae’s commitment and work in the community. — MG

Lee Bozeman – “The Majesty of the Flesh”
RIYL: The Young Pope.
What Else You Should Know: Lee Bozeman is the former frontman of the band Luxury, an Atlanta-based band that released quite a few albums in the ’90s to some acclaim, and now he’s a Waxahachie-based Orthodox priest. But that hasn’t slowed down his music career. Bozeman’s latest EP released this week, and as NPR wrote about it, Bozeman remains something of a romantic and a provocateur in his lyrics. — MG

Devy Stonez – “Up The Stats”
RIYL: Running up the score.
What Else You Should Know: Devy Stonez has always shown that he’s not one for trends. Instead, his music stands on its own. “Up The Stats” is no different in that regard. Another truth that always applies to Stonez’s music is his confident delivery — and he might be at his best here. For four minutes, he carries the track, delivering the hook and offering up plenty of storytelling to keep the listener keyed in the whole time. — MG

Diego Money – “2Glock$hawty”
RIYL: Not missing a shot
What Else You Should Know: Diego Money excels at beat selection, and it’s one of the reason he’s carved out a place for himself in the area hip-hop scene. On “2Glock$hawty,” Diego dances on the beat, delivering a running freestyle that only adds to his deep 2017 catalog. — MG

Toadies – “Broke Down Stupid”
RIYL: Taking your time.
What Else You Should Know: “Broke Down Stupid” is the lead single for the band’s seventh album, The Lower Side of Uptown, which due out September 8 via Kirtland Records. As drummer Mark Reznicek told Consequence of Sound, which premiered the song, “‘Broke Down Stupid’ is a song that could’ve appeared on Rubberneck, but it was so goddamn ahead of its time, it took until 2017 to really make sense.” So, hey, here it is! — MG

The Texas Gentlemen – “Pain”
RIYL: ’70s tunes and slasher films
What Else You Should Know: Earlier today, Rolling Stone Country premiered the TX Gents’ new video for “Pain,” the second single released off the group’s upcoming TX Jelly debut for New West, which was written and sung by pianist Daniel Creamer. Former Dallas Observer music editor Jeff Gage penned the RSC piece, and describes the song as “a perfect introduction to their rootsy mix of Southern rock and folk, an upbeat cross between the Band and early-seventies-era George Harrison.” The accompanying music video follows along with that ’70s-era theme and takes on the slasher flicks of that time. — MG

Obstruction — Hardcore Hard
RIYL: Telling people that they’re not hardcore unless they live hardcore.
What Else You Should Know: With the Dallas hardcore heroes in Power Trip pretty much constantly on the road these days and not performing around town as much as the circle pit set might like, it was about time another brash area act with a penchant for ’80s thrash riffs stepped up to carry some of that load. Enter Obstruction, the best new hardcore band in town, with its first formal collection of properly recorded tracks. Hardcore Hard somehow feels like blasts through its quick runtime of less than four minutes in ever shorter time than that, which is a testament to the quality of the songwriting on display here. — PF