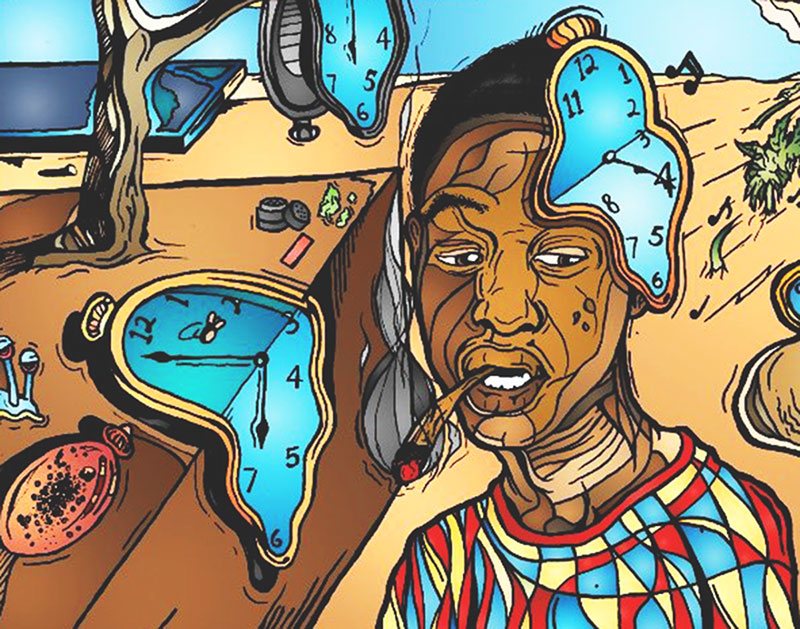 CardiacTheGhost – “Easy”
RIYL: Being late to the bandwagon but getting in where you fit in.
What else you should know: If CardiacTheGhost isn’t near the top of your favorite area acts after listening to “Easy,” there’s no hope for you. Ghost has mastered the art of genre-less music and delivers it in such a nonchalant fashion that it’s becoming abundantly clear that he has the “star” quality that often eludes aspiring artists. And he knows it, too. Just listen to the hook of this track: “This shit is easy, believe me, boss up, three-peat…”

Goodnight Ned – “Alive and Well”
RIYL: Three Amigos references.
What else you should know: “Alive and Well” has such an old soul sensibility that it feels like a gem of a track you’d find after doing some deep digging through an old record collection. Here, you’ll find rock ‘n’ roll guitars right alongside the atmospheric synth that bands picked up in the ’80s. But that’s just fine. All in all, it’s what we’ve come to expect from Goodnight Ned.

Pat Ron – This Time Last Year
RIYL: Creating the future yesterday.
What else you should know: It’s no secret that Pat Ron is a favorite of Central Track’s — but, we promise, it’s for all the right reasons. Pat Ron is supremely talented rapper with a lyrical prowess to match, and he’s parlayed his affinity for marijuana into a loyal stoner following. The only problem with This Time Last Year is that the brand-new material we’re getting with the album isn’t necessarily any better than the tracks we’ve adored all year long, like “Psilocybin,” “Pack” or the loosie “Ed, Edd and Eddy” song he released with Ease. Here’s hoping 2018 finds Pat Ron step forward. But, even if he doesn’t, this collection shows that the dude’s still head and shoulders above the norm in his current position.

Buffalo Black – “No Regrets”
RIYL: Saying what you mean and meaning what you say.
What else you should know: It’s really nice to hear solid booming bass resonating throughout a Buffalo Black track. That grand sound, coupled with operatic vocals, serves here as the backdrop for an at-ease Buffalo Black, who floats through the track delivering bitter lines and hard truths. It’s worth mentioning that, in 2017, he delivered a wide array of tracks that few other artists could dare offer up — something the guy’s been doing for years, really.

Alex Harris – “Suede”
RIYL: Extending your reach.
What else you should know: Before we actually get into the song and video here, I’d first like to point out how great it is to see an artist work with outlets far beyond the realms of their hometown. From what quick research I did, Push! appears to be an established German hip-hop outlet with a healthy following. As far as “Suede” goes, it’s another great tune from the underrated and earnest Alex Harris, who possesses a smooth delivery and traditional cadences. Here, his package is wrapped up neatly inside of a breezy beat that could certainly earn more playtime when spring hits.

Ghoulfive – Ghoul6ix
RIYL: Thinly veiled anonymity.
What else you should know: The .wav file has returned with a follow-up to 2016’s Plastic Sex…Dance!, and it’s just as sultry, groovy and off the wall. The whole Dolfin Records crew just gets it.

Kyoto Lo-Fi – 2017 EP
RIYL: The Rule of Three.
What else you should know: Kyoto Lo-Fi’s nominal 2017 EP is only three songs long, but each one will take you on a completely different trip. The opener “Godot (Waiting For)” is a bouncy, ’80s-enthused anthem. It’s followed by “On The Way,” which is a more subdued and tempered track rife with slick riffs. The closer “Flowering Boulder” then turns to psychedelia. There’s a little something for everyone in these three tracks.