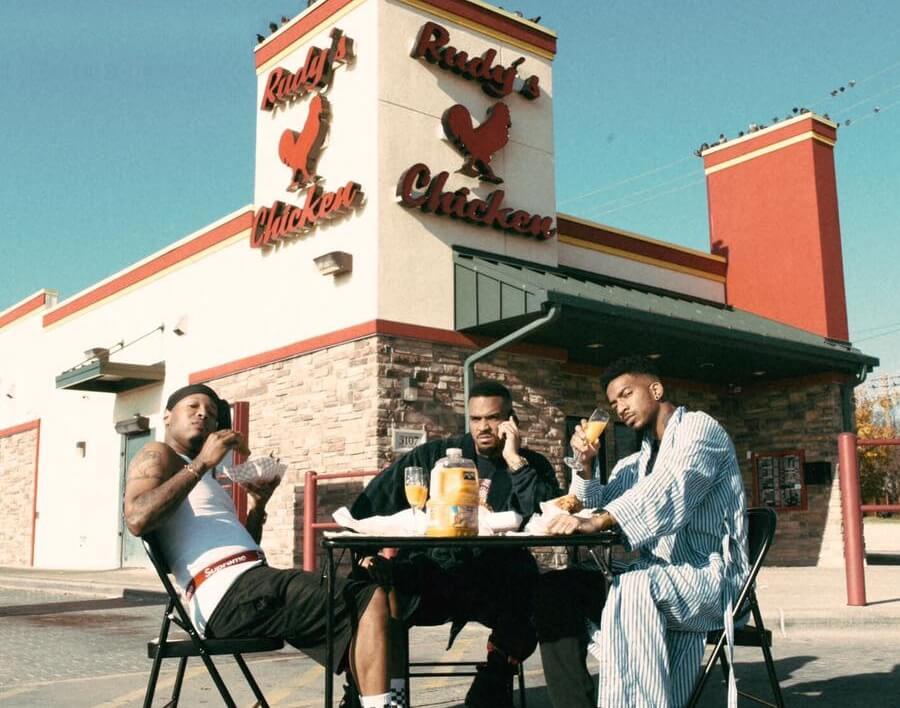 Koolquise – “Gold Ropes” (feat. Lord Byron, Mel of The Outfit).
RIYL: Multitasking.
What else you should know: No, there’s nothing wrong with your computer. No, there’s not something else playing in another tab. It’s just supposed to sound all chaotic like that. It’s on purpose. Those ain’t Facebook like notifications you’re getting, either. Those are in the song, too. Come on, you’re not that popular.

Sub-Sahara – “Bleeding Gums Murphy.”
RIYL: Sax-a-ma-phones.
What else you should know: There’s a handful of very young bands in Dallas right now that are just digging into their dads’ collections of old Cure and Joy Division records. This is one of them.

Alsace Carcione – “Blxck Xmas.”
RIYL: The never-ending holidays.
What else you should know: This may technically be a Christmas song, but that doesn’t mean you should necessarily put off listening to it for a whole year. There are no jingle bells or mentions of having a holly jolly time with Santa or anything, either. Rather, it’s just one of the very best emcees in town spitting over a laid-back soul groove. It’s the type of anti-holiday song worth listening to all year round – which is a good thing, seeing as how we’re just now getting around to posting it.

HEVY BEN$ — “Hollywood Hills.”
RIYL: Being bad, being good, Dallas, Texas, Hollywood.
What else you should know: Last year, the Brookhaven alum racked up 55K plays on Soundcloud for his “CRXWNs” single. Now the current Los Angeles resident with “an eclectic and ever-changing style” is back with something completely different. The bassline is heavier, the beat’s grimier and even though he’s rapping about Hollywood here instead of his old Dallas stomping grounds, I’d much rather listen to this than his older stuff. That is to say he’s ever-changing in the right direction.

Reinventing Jude — The Trick Is.
RIYL: That thing when cartoons blow up and their teeth become xylophones.
What else you should know: Jude Gonzalez’s new EP kind of runs the gamut from Americana to jazzier territory. Writing-wise, her songs seem to come together best on the tracks that most heavily feature vibraphone. It’s almost proportionally true. So no big shock that “Buddy Holiday,” the song that relies on the instrument the most, is this EP’s strongest track.

G.U.N. — Sorry 4 Tha G.U.N..
RIYL: Hitting them with the X.
What else you should know: I know it has nothing to do with it, and the song is about something completely different, but I prefer to think of “X Bitch Freestyle” as a new Dez Bryant theme song. It’s just that I’m in full-on Cowboys bandwagon mode, and I’ve heard “We Dem Boyz” way too many times. Also, it’s pretty catchy in its own right, as is the rest of the new EP that this song closes.