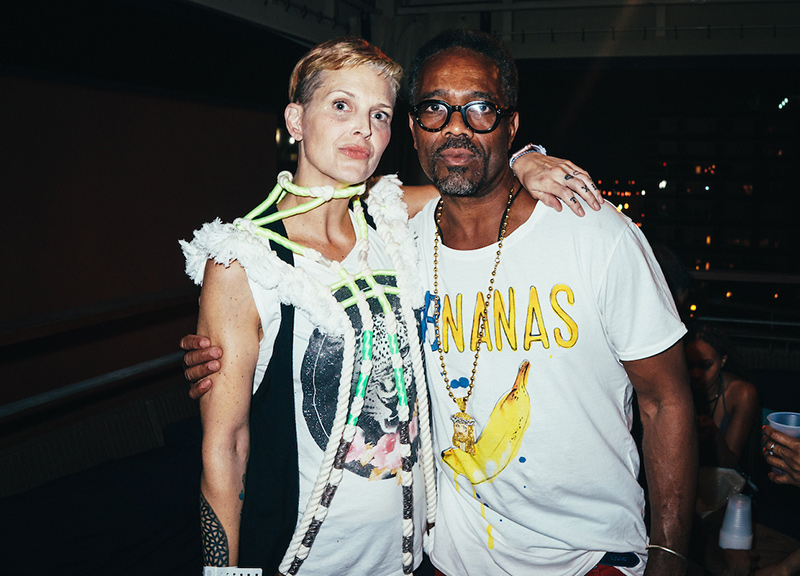 S U R V I V E — RR7349.
RIYL: Stranger Things, duh.
What else you should know: Out today is the sophomore record and Relapse debut for Austin’s S U R V I V E, the first since its Dallas-sprung members shot to popularity with their Stranger Things score. This doesn’t sound too far off from that soundtrack either, which is good because most folks can’t get enough of that stuff. The title comes from the catalog number. To wit, the cassette version, released on the band’s own Holodeck label, is called HD037. We’ll also remind you once again that the boys will be playing live in town on New Year’s Eve at It’ll Do Club.

Mimisiku — The Thrill of Living.
RIYL: Sam Huntington’s performance in Jungle 2 Jungle.
What else you should know: This LP from the Denton outfit that includes both members of Two Knights along with three additional knights was released back in February, but it’s only been put online more recently. If you enjoyed how emo Two Knights was, you’ll probably also dig this. If you hated Two Knights because it was too math-y, you’ll still probably also dig this. Anyway, unrelated fun fact about the kid that played Mimi-Siku: He grew up to be a guy in that new Tom Hanks movie about incompetent pilot Sully Sullenberger.

AV the Great — BackPack Trap Musik.
RIYL: The art of the deal.
What else you should know: Speaking of Tom Hanks movies, see if you can find the Forest Gump clip sampled in AV the Great’s new mixtape. It’s a compilation of all the stuff he’s been working on of late. Anyway, downloading the tape, says AV, helps him get one step closer to landing a record deal.

The World Famous Tony Williams — “Stuck in the Middle.”
RIYL: The super sounds of the ’70s.
What else you should know: Joe Egan and Gerry Rafferty were a duo known as Stealers Wheel when they recorded this Dylanesque, pop bubblegum favorite from April of 1974 that reached up to No. 5. While on tour as the singing silhouette on Kanye’s Saint Pablo Tour, cousin Tony released this funked up R&B cover version.

Spencer Kenney — In the Thick of It.
RIYL: Changing horses.
What else you should know: Unlike the past-looking jangle pop of Kenney’s Howler Jr. project, his output under his own name is a bit more modern. This month, he put out a batch of bedroom electro-funk via JT Donaldson’s New Math Records. I’m sure the reader doesn’t care how this writer is feeling, and that’s not the point of reporting, but I dunno, I think it’s pretty good.

Blixaboy — Humanoid X.
RIYL: Taking it to the house.
What else you should know: In an interview with the Dallas Observer, a publication for which he also writes, Wanz Dover speaks about his first Blixaboy album in two years, and how he doesn’t and probably won’t get any respect for it on his home turf, even though people seem to love him in Europe. Says Dover in that piece: “Dallas has a bad habit of not paying attention to its hometown producer talent while that talent ends up turning heads in other parts of the world. I kind of doubt I will have much impact here. My main goal is to get releases out so I can play outside of Texas and eventually overseas into Europe. Much like Cygnus is about to do, Convextion has been doing for years and Maceo Plex, who did it until he eventually just moved to Europe.”