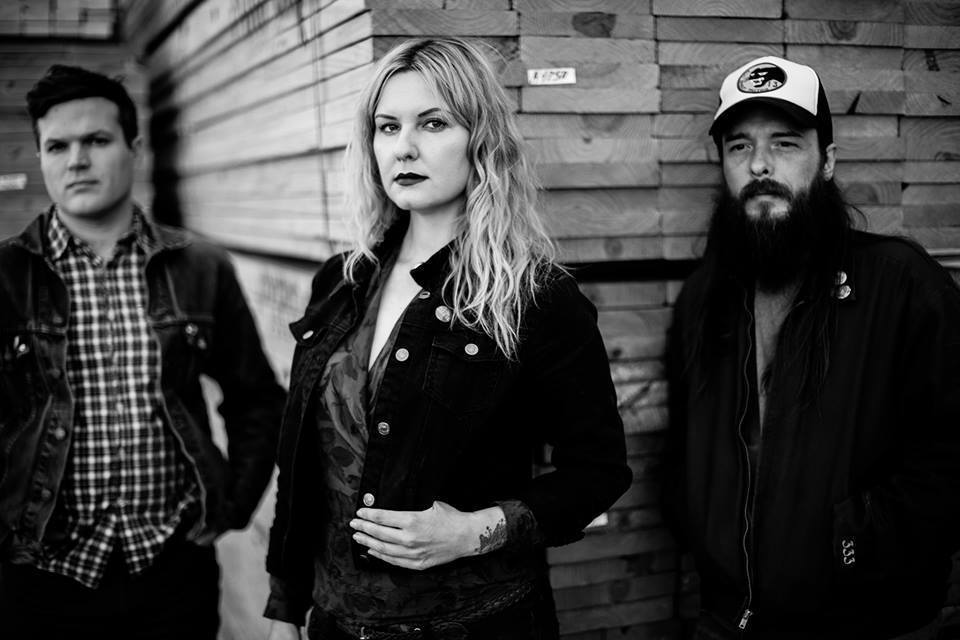 Kyle Dixon and Michael Stein's Stranger Things Theme (Extended).
RIYL: Netflix and synthwave.
What else you should know: As featured on Gorilla vs Bear this week, is this 10-minute extended mix of the Stranger Things theme, as put together by Soundcloud user killerkabob, which blends the slightly different intro and outro credit music on seamless loop. For more info on the original, which was written by a couple of Dallas dudes, head here.

EB Rebel — “Colours.”
RIYL: The fact that music is your anti-drug.
What else you should know: Following her last single about police brutality, EB Rebel keeps on the socially conscious tip, this time speaking up about drug addiction, namely opiates, which she says she's seen an increased usage thereof as of late. It'll be included on her Trance EP, which comes out August 1.

Stumptone — Spark.
RIYL: Layers, so many layers.
What else you should know: In its long time together, Stumptone's members have been involved in some pretty spectacular projects, from MK ULTRA to Mind Spiders, Baptist Generals and Wire Nest. A little less punk-y than any of those, Spark features four years' worth of sonic lushness layered atop a foundation of acoustic guitar. This sucker's dense. Another interesting note, the last two tracks of the digital release represent 20 years of experimentation, edited down to a little over a half-hour. When purchasing the physical copy, that stuff comes on a separate cassette. Tape's not dead, yo.

Pentatonix — “Ghostbusters.”
RIYL: The original Ghostbusters theme, but hate instruments.
What else you should know: The Ghostbusters soundtrack is mainly just a bunch of people covering Ray Parker Junior's lifted Huey Lewis song — and quite badly. The Arlington acapella group turns in one of the better efforts, though topping Fall Out Boy's atrocious attempt isn't necessarily a major accomplishment. But, like TC says, we've probably talked about it too much already.

Devy Stonez — “Slow it Down.”
RIYL: To make sweet, sweet love.
What else you should know: A wise man once said, “You don't always have to fuck her hard.” And when it's time to fuck gently into that sweet night, you'll want to slow it down, speed it up, and then slow it down with Devy Stonez's new sex jam, the newest single from his Rolling Stonez project. That one comes out August 19.

Triple Digital — “Blainin'.”
RIYL: Partying until you puke.
What else you should know: As explained in each of their verses, Paris Pershun, Tunk and Mga-Czar hope to make Blainin' happen. Though they go on to say they “have no time to explain,” we'll break the code for you. The aspiring new slang term is short for saying you like to drink a lot, but similar to rapper Rick Blain, you can't hold your liquor, and thus will end up barfing it back up.

True Widow — “Entheogen.”
RIYL: A slow burn.
What else you should know: True Widow has a new full-length called AVVOLGERE coming out via Relapse on September 23. Like its predecessors, it hopes to help add a few new words to your vocabulary. For instsance, “Entheogen” is a word of Greek origin, meaning “a chemical substance, typically of plant origin, that is ingested to produce a non-ordinary state of consciousness for religious or spiritual purposes.” Thanks True Widow!

Jonas Martin — “Because Love.”
RIYL: Being reassured that love is, in fact, all around you.
What else you should know: A lot of shitty things have been going on in the world of late. It's just about all we ever hear about anymore. So it's nice when someone reminds us to take a second and be assured that hate-filled vocal minority isn't the universe's biggest driving force. Every now and then love wins.

Jacob Furr — “Ophanim.”
RIYL: To cry. A lot.
What else you should know: Here's a preview of a song from Furr's forthcoming Sierra Madre LP. As with his previous LP, which was a tribute to his wife who passed away, this one's origins are touched by heartbreak as well. Writes Furr via Facebook: “I wrote this song when I heard that my friend Allen Patterson was sick. His wife, Fran Patterson has been so kind to me over the past 3 years, and I wanted to dedicate a song to Allen. When I heard about Allen, I began to wonder about where the phrase “swing low sweet chariot” came from and discovered that it begins with Ezekiel who saw wheels covered with eyeballs and fire turning endlessly in the sky. These wheels are the wheels of the chariot of God, and have been referenced and sung about in many different ways for a very long time and are called the Ophanim.”

Dead Words — Good Grief.
RIYL: The pop-punk revival.
What else you should know: The pop-punk revival is real, you guys. Between that insanely catchy Alkaline 182 record, Sum 41's comeback album and the forthcoming Descendents record, their first in 12 years, I'd say all the makings are here for a big pop-punk comeback. Here's a Denton nerd-rock outfit banking on that very thing with this great little EP.

Party Static — “Exposure.”
RIYL: Getting in the van.
What else you should know: We premiered this song yesterday, but here it is again in case you missed it. Hit that link for our full thoughts on the tune. The band comes home from tour tomorrow, where it'll officially release its third EP, Wasted Waster at the Double Wide's Bad Bitches Ball.

Lizzie Boredom — “Crunk Punk (So… You're a Mixologist).”
RIYL: Talking shit about your ex.
What else you should know: We also premiered this one yesterday, and these guys are also playing that Bad Bitches Ball on Saturday. ICYMI, this is the new all-lady punk trio featuring ex-members of Classic Cult and Here Holy Spain. Hit the link for more info.