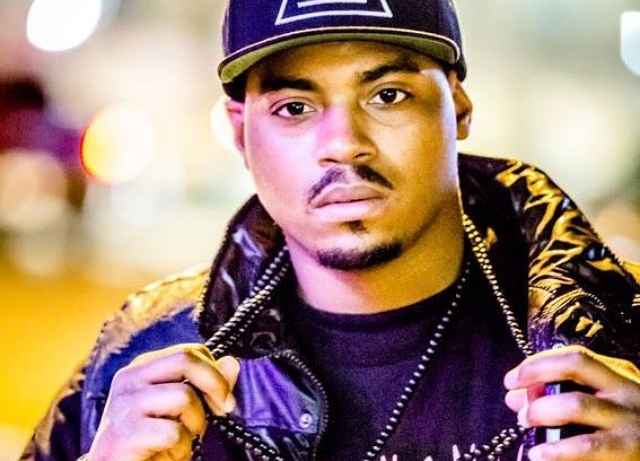 $kaduf — “Claude Monet.”
RIYL: French art.
What else you should know: This tune was purportedly written after the 22-year-old Pleasant Grove rapper received some artwork from a fan in France. Hence the title. Lyrically, the pedestrian rapper (as in: he rides the bus and walks everywhere; we're not that his rhymes are weak) tells his own started-from-the-bottom-now-we're-here story, while still striving to finally “put Dallas on the map” once and for all.

Gensu Dean & Denmark Vessey — “The Meek.”
RIYL: Fresh, farm-to-table raps.
What else you should know: This song is called “The Meek,” as in the ones who the bible said would inherit the earth. Like a lot of emcees seem to be doing these days, this pair include copious amounts of religious imagery into its jam here. Like Kanye and Chance before them, though, they manage to do it without turning off too many of the unwashed masses off in the process — and that's no small feat. Read more about this single and the upcoming LP it's culled from over at Noisey.

Giant of the Mountain — The Empty Quarter.
RIYL: All those bands with the matching, indecipherable logos.
What else you should know: The opening cut on this Dallas metal trio's new EP is a nearly nine-minute epic that switches gears a dozen times, from sludge metal to speed metal to fantasy metal to, well, you get the picture. It's sorta like the weather, in that if you aren't digging what you're hearing right off the bat you should probably just wait because it changes. The dual vocals that alternate between the guttural goat-like tones and a Josh Homme-esque baritone are a nice touch as well.

The Rodeo Brothers — “The Sun Won't Shine.”
RIYL: Tears in your beers.
What else you should know: These little-known Dallas boys probably aren't the saviors that country music fans seem to be so eagerly clamoring for. But that's OK! The more folks out there who are proving that you can still do classic country music and also be cool at the same time, the better. These fellas are certainly a testament to that. Also, pure and simple, I'm just a sucker for this type of stuff in general.

FXXXXY — “Columbian Exchange.”
RIYL: Earl Sweatshirt cosigns.
What else you should know: Last week in this space, we lamented how little we know about the entity that calls himself FXXXXY. Seven days later, we know a little more. A very little — like the fact that he's 20 and is a resident of Dallas by way of Los Angeles. Also, he put out six EPs last year, and has a new project called Cartel Shawty due out in July. This is one of those singles.

AV the Great — “Hope Nas Hear This.”
RIYL: Fans of Nas.
What else you should know: Is AV the best underground Southern rapper as he claims to be? I dunno about all that. But I do know that this beat is fire. That piano! That bass! Those strings! Heat all around. I really do hope Nas does hear this.

TraÌi BÆ¡ — Sugar_Cookie.
RIYL: Hall and/or Oates.
What else you should know: Forget everything you know about Trai Bo, even if it's not a lot in the first place. Stylistically, this EP is much different — in a good way! — than the band's sometimes cacophonous early efforts. These lo-fi bedroom jams are measured, cool-headed and very sexy. It signals in a new direction for the band that'll be further realized via a full-length that's due out later this year. Color us intrigued.

Buffalo Black — “Mega Man.”
RIYL: Rock Busters.
What else you should know: Mega Man is a Japanese video game franchise created by Capcom. Since the original game was released on the NES back in 1987, there have been over 100 sequels released on various platforms, including 2015's Mega Man Legacy Collection, a collection of the first six Mega Man titles that was released on PlayStation 4, Xbox One, Microsoft Windows and Nintendo 3DS. This song, meanwhile, is from a soon-to-be-named-and-released EP.

Wren — Looming.
RIYL: Looking at your footwear.
What else you should know: DFW is home to so many talented high school musicians, and not just all the future Grammy winners with their noses in books over at Booker T. Washington, either. Take Wren, for instance, which is made up of kids from various Flower Mound area high schools. That bunch of shoegaze embedded above is their self-produced, debut full-length.

Leoncarlo — “Blooming.”
RIYL: Moving pictures.
What else you should know: Hey, Hollywood: I've found your next score composer — although, really, the harmonious and cinematic soundscapes on Leoncarlo's new record do a pretty good job at painting a picture on their own. They're just breathtakingly beautiful. Fellow local fiddler (and film score composer) Daniel Hart would be proud.

Maren Morris — Hero.
RIYL: Nashville (the city and/or recently cancelled television show).
What else you should know: The Arlington-raised Morris released her debut full-length today — via Sony, btw, y'know, no big deal — which is just one day after Rolling Stone called her “country's breakout star.” The S-bomb-laden major label effort recalls the hooks of Sheryl Crowe, Miley Cyrus, Kacey Musgraves and Taylor Swift, just to name a few folks that have spent some significant time kicking around Morris' current home base of Nashville. She's gonna be big.

Charley Crockett — “Silver Dagger.”
RIYL: Old souls.
What else you should know: Did you miss it when we premiered Charley Crockett's killer new single earlier this week? Welp, here it is again. And here is everything you need to know about Charley's new song and album, too. It earns its release tomorrow as part of a stacked, all-local bill at the Granada.

Pale Dian — Narrow Birth.
RIYL: New beginnings.
What else you should know: If I'm not mistaken, this marks the fourth time we've posted about the group formerly known as Blackstone Rangers in the lead-up to the release of their debut full-length. That said, I won't keep beating you over the head about them. But I will still point out that the now-Austin-based trio's record is finally all the way out. It earned its release today via Manifesto Records, and you can stream it in full above.