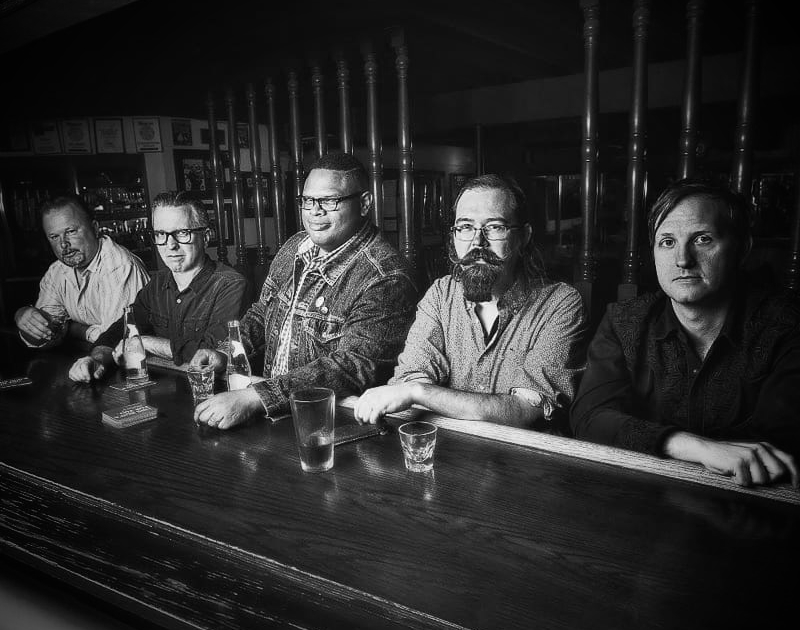 Check Out The Debut Single From State Fair Records’ Newest Signees, The Sax-Wielding R&B Revivalist Known as The 40 Acre Mule.

The 40 Acre Mule – “16 Days.”
RIYL: Boogie- and/or woogie-ing.
What else you should know:
It’s been nearly three years since the Mule boys got their first break, opening for The Reverend Horton Heat at The Bomb Factory as part of the May 2016 edition of the Elm Street Tattoo & Music Festival. And just as long as fans of the band’s sax-fueled take on hot-rodding rhythm and blues have been waiting to listen to the vintage brand of rock, say, in their cars.

Between then and now, frontman J. Isaiah Evans has tweaked his lineup a bit, most notably adding the ripping, Rev-like rockabilly shredding of lead guitarist John Pedigo to the mix. Beyond the high-flying electrics Pedigo’s picking, the relationship has been additionally fruitful as Pedigo’s produced that long-awaited record, which will finally come out this summer via State Fair Records.

On the Mule’s fiery debut single, the five-piece fires on all cylinders, hitting the same highs as its increasingly popular live shows. Like those performances, “16 Days” is a powerhouse of R&B revival, with touches of golden era rock, boogie and subtle hints of country mixed in. And the aforementioned sax playing of Chris Evetts is not only an essential touch to helping the boys stand out from the many lesser blues-based rock outfits, but will no doubt draw comparisons to acts like J.D. McPherson and Nathaniel Rateliff, among others.

In case you missed the band’s set at yesterday’s 10th annual Homegrown Festival, you can find the studio version streaming below.