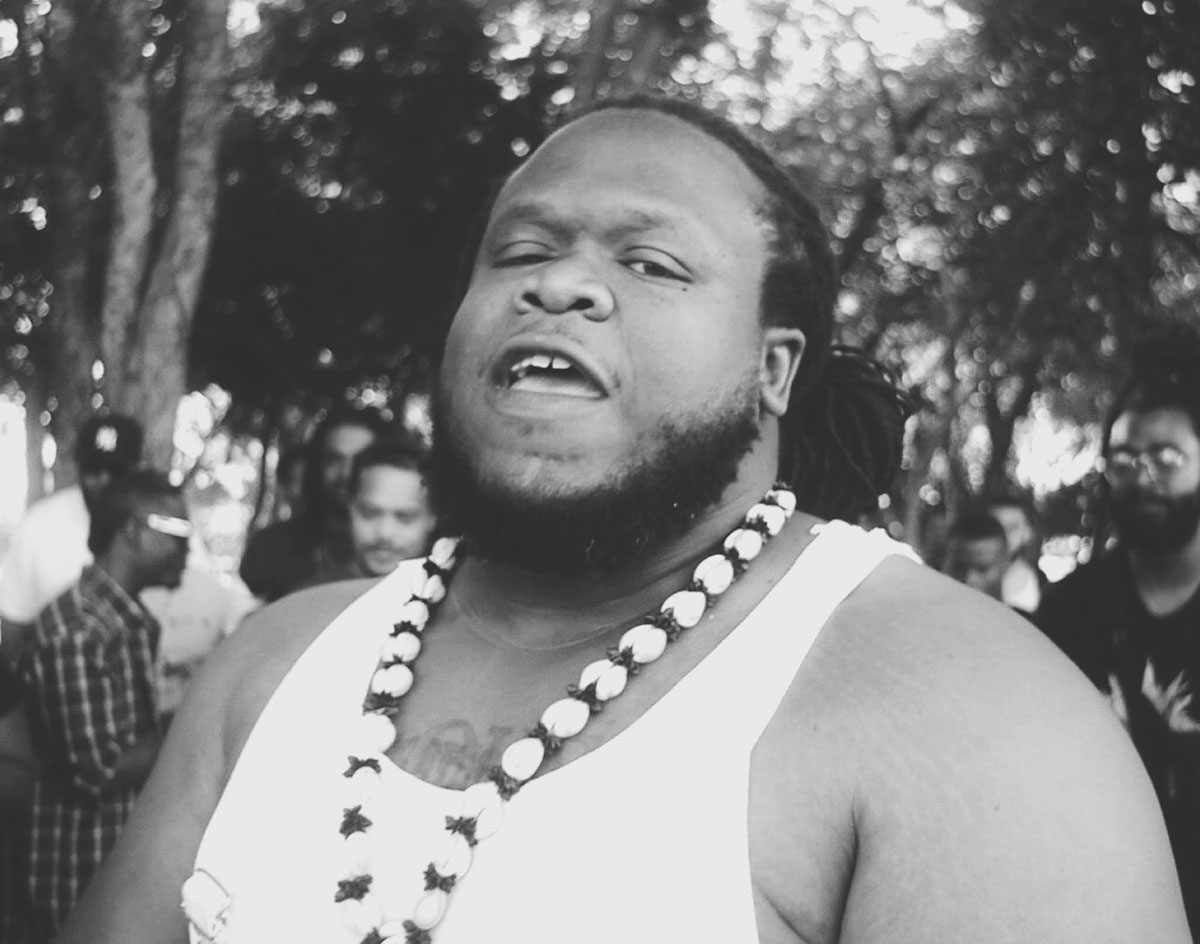 Rakim Al-Jabbaar — “Dallas (feat. Calvin Taylor)”
RIYL: fulfilling your destiny.
What else you should know: If the Fates were to carry influence over the Dallas rap game, their gaze would no doubt perpetually focus on Rakim Al-Jabbaar, the 30-year-old Duncanville emcee who appears predetermined to fulfill his lifelong destiny with the August 1 release of his upcoming Underground God LP.

In many ways, Al-Jabbaar’s future was sealed at birth. His late father — Big Al, a member of the seminal ’80s Dallas rap collective Nemesis — named him after the legendary rap icon Rakim, setting the rising rapper up for a life of perhaps unjust comparisons to not one but two noteworthy hip-hop forebearers.

But, to his credit, Al-Jabbaar has rarely shied away from the path that life laid out for him. In 2017, rather, he all-out embraced what had been preordained for him, turning heads around town and on underground blogs alike with the release of his debut LP, No Pen Theory. Since then, between dropping his 2018 Firebird EP and dedicating himself to developing a live show worthy of his booming voice, Al-Jabbaar has continued to build upon the solid foundation that his initial release afforded him.

Specifically, he’s been focused on prepping Underground God as an album that he hopes will serve as, if not his proper introduction, then his hopeful breakthrough. Initially set for a June release, the rapper and his team decided not long ago to push Underground God back a few months, just to make sure each an every detail on the album was up to par with their lofty goals for it.

Lead single “Dallas,” which dropped last week and is the first of what Al-Jabbaar says will be many early Underground God teases, indicates that the Al-Jabbaar machine is right to believe it has something special on its hands. Following an opening sample of a Joe Budden Podcast episode in which the hosts excitedly discuss an upcoming trip to Dallas for a live taping, Al-Jabbaar embarks on a three-minute celebration of his hometown. Over a soulful Mousequake- and Taylor Pace-produced beat, Al-Jaabaar proudly puffs out his chest with Dallas pride, shouting out area rap heroes Yella Beezy, Dorrough and Big Tuck among other area icons, landmarks and cultural touchstones.

Al-Jabbaar’s own Dallas praise on the track is only interrupted by the support of another prodigal Dallas music son: Handling the song’s hook duties (and also a short verse of his own) is the Dallas R&B singer Calvin Taylor, who just so happens to be the grandson of the legendary Oak Cliff-based, Stax Records performer Johnnie Taylor.

Listen, the progeny of two celebrated Dallas music figures teaming up for a track would be notable on its own accord. But “Dallas” is worthy of attention far beyond that. Unlike so many other hometown-championing tracks, which can so often veer into cheesy territory despite their best intentions, this one manages to come off as more heartfelt and merited than anything. It’s one of those whole-is-greater-than-the-sum-of-its-parts deals, as the production, Taylor’s singing and Al-Jabbaar’s raps all blend well into a cut that aesthetically nods toward Scarface’s “My Block” but capably stands on its own legs.

No wonder it’s the song Al-Jabbaar chose for the public’s initial taste of Underground God. Dude’s proud of the track, and rightly so. While discussing how he, the producers and Taylor came together to make it, he can’t help but consider the influence that providence may have held in the proceedings.

Says the rapper: “The stars aligned for this one.”

So, have the Fates indeed been watching over him? Maybe so. But even if not, this much is clear: Imagined or real, Al-Jabbaar is ready to meet their expectations.