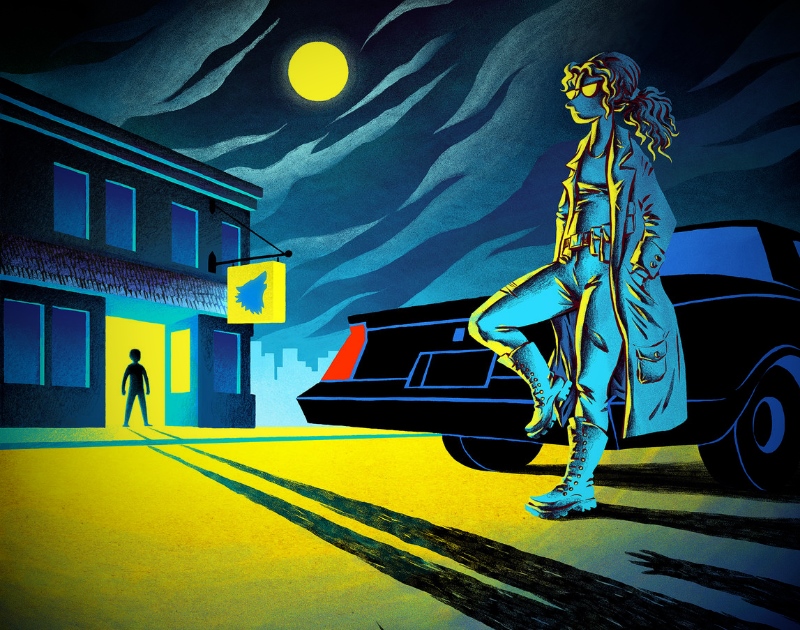 Check Out A Song About An Alcoholic Werewolf From A Guy Who Was Once In A Band That Wrote A Three-Album Rock Opera About Street Fighter II.

Monte Carload – “Slow Beast.”
RIYL: The Teen Wolf sequel that never was.
What else you should know: Tyler White knows a thing or three about gracefully injecting humor into indie rock. He also knows how to pull off a concept record.

In the early aughts, he was a member of Arlington-based Man Factory, which at various points included Tera Melos drummer John Clardy and successful Austin-based comedian Chris Tellez among its ranks. That band, of course, is best remembered some 11 years later for its three-part Street Fighter II rock opera.

Now based in Chicago, White’s released a new solo project of witty indie jams and – you guessed it! – it’s a concept record, this time about “a drunken werewolf’s long journey from curse to rehabilitation.”

The song we’re featuring, “Slow Beast,” is the record’s second track, and it finds the protagonist still struggling to stay off the sauce but losing control every time the full moon comes up and his blackout werewolf brain takes over. It’s set to a groove a la Dierks Bentley’s Platinum-selling drinking number “Somewhere on a Beach,” although it’s much more self-aware of its humor.

Kicking off the album is “Heir of the Dog,” which is a rewrite of a song White wrote for an early incarnation of Man Factory (then called “What’s Wrong With Marina?”) while the guys were still in high school, circa 2001. Instead of lyrics about finding out your new girlfriend is a vegetarian only after taking her to a famed Grand Prairie hamburger stand on your first date, this version kicks off this saga with a much subtler form of humor.

Now in his mid-30s, White has, if nothing else, learned how to write poignantly about alcoholism. Consider the following lyrical couplet: “Devil in my right hand / Angel in the quicksand.” That’s good stuff, even if it is about a drunk wolf.