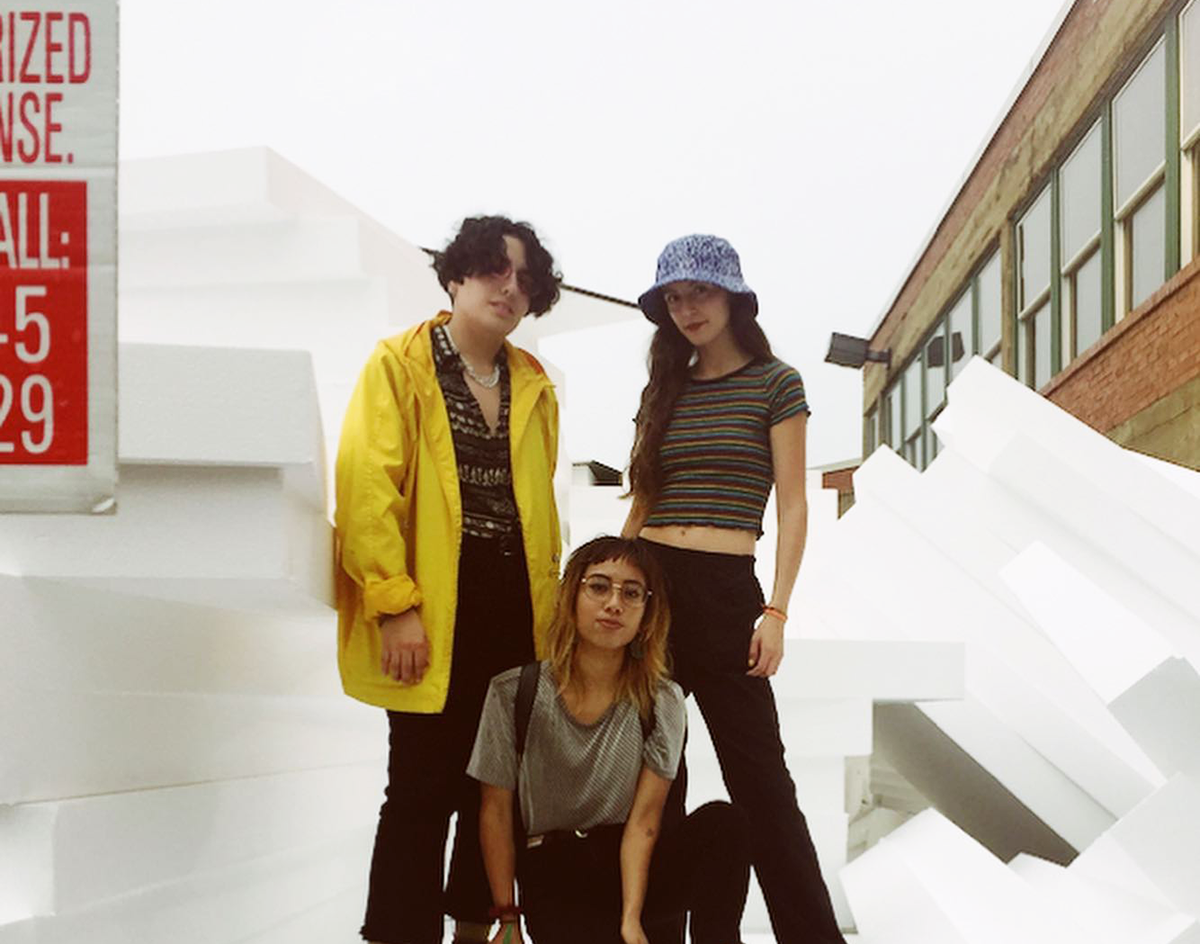 The Latest From Experimental Art Trio Manifest Destiny’s Child Is An Enchanting, Indie-Rock Bop Off Their Dual-Single Release, Rojo.

Manifest Destiny’s Child – “Franco’s Ocean”
RIYL: Stepping outside of the limits.
What else you should know: Hailing from a mix of two heavily musically immersed areas like Austin and Denton, the all-female trio transfer their own sound into their latest release quite well. “Franco’s Ocean” comes off a dual single drop titled Rojo, and transcends the group’s experimental rock sound on a more realized level.

This three-minute track takes listeners into a void of alternative sounds with a mixture of experimental sensibilities and indie-pop. The beginning of the song starts with a simple bass chord leading the track, laying a foundation for an initially moderate, understated rhythm. No more than 30 seconds into the song, the tempo drastically speeds up into a frantic yet pleasing pace.

Guitarist/vocalist Carol Gonzalez and bassist/vocalist Sabrina Tionloc lead in with repetitive harmonies of “In it to win it,” during which they change their delivery throughout the song.

The vocalists move through echoed lyrics of “I feel it,” before arriving at an enchanting slow bridge as the song picks up its rapid tempo once again, before the song’s fiery ending.

Manifest Destiny’s Child has crafted its own increasingly recognizable sound, and it’s evident on “Franco’s Ocean.” So much so, that their comfort with experimental-indie soundscapes delivers a more haunting tone is equally matched on the release’s counterpart, “Staircase.”

More than anything, the self-proclaimed “experimental art-rock trio of your dreams” still feels exciting and fresh among the North Texas music scene. If you’re feeling witchy or have frustrations you’d like to release, give “Franco’s Ocean” a listen and enjoy the power-filled track.