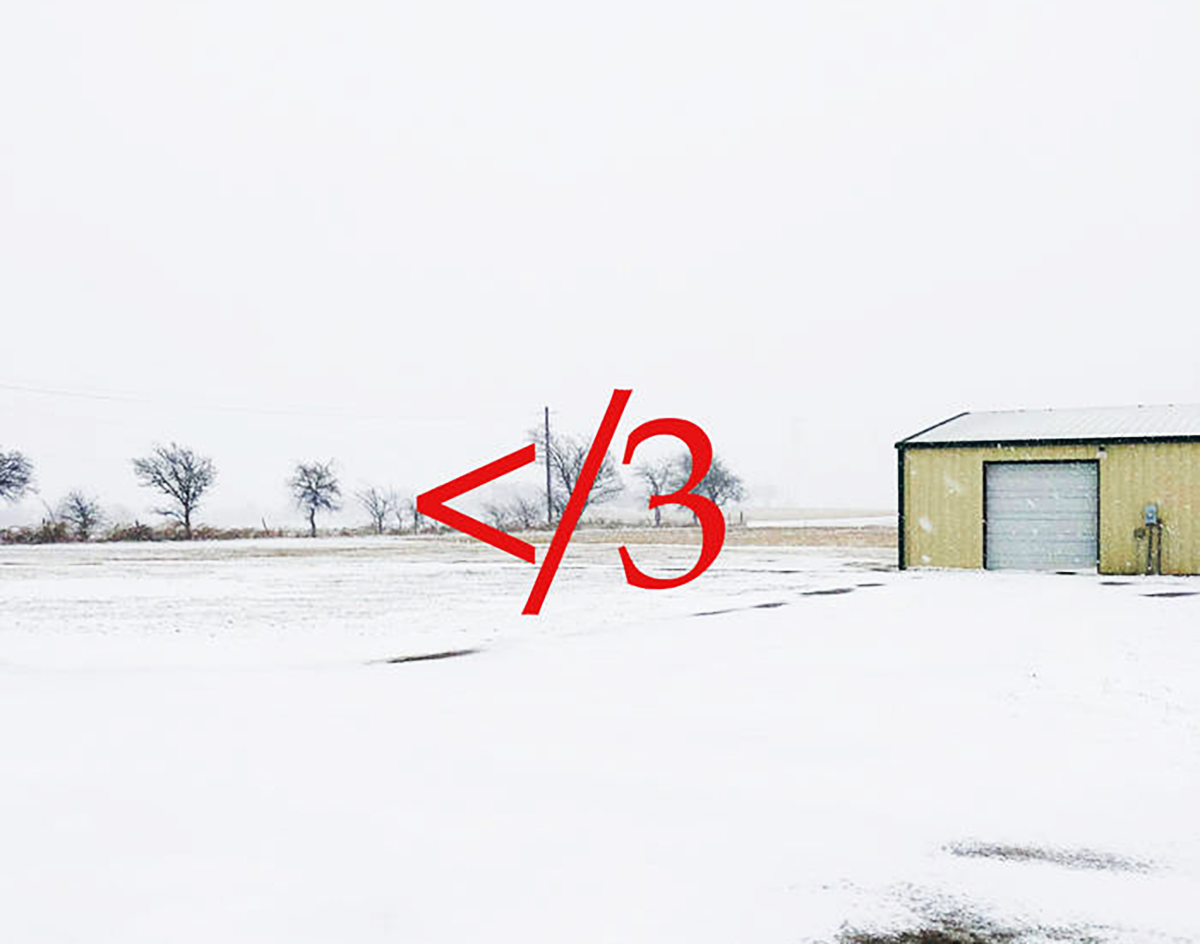 Check Out The Lead Track Off A New EP From The Solo Project Of Chris Knox — A Showcase Of His Impressive Vocals Among The Wider Emo Genre.

Coming off the heels of the releases Ydigdy and Mood in 2019, this new three-song EP is another strong effort. Knox has a way of playing in a style of emo revival supported by solid hooks and a vocal strength not often heard in bands of this genre. As in, he can hit — and hold — the high notes without screeching.  Think the Get Up Kids, I Love Your Lifestyle and As Tall As Lions as relatable reference points.

When Knox isn’t making music, he spends his time driving school buses for Denton ISD. We caught up with him between all that to talk about the It Me project, his vocal abilities and his hopes for making It Me a live band.

Between driving a bus and playing bass in your other emo band, Brave Days, how do you find time to do It Me?
So between my morning and afternoon route, I have nearly five hours of break time, and that’s an amount of free time I haven’t had since I was in college. I’m always writing and creating. I’m in about five different musical projects — including Brave Days — but I think It Me spawned out of having way more time to write and create than I anticipated. The first It Me record was recorded in the span of about seven hours while my roommates were away all day, and the second one followed a similar pattern. The joke around the house now is “Well, we’re going out of town for a few days, so you’ll probably have an LP done when we get home.”

As someone who’s listened to countless emo bands for 25 years, I’ve come to know it’s common for singers to have their voices break apart out of nowhere. Yet from what I’ve heard of your stuff, your voice rarely breaks and it sounds like you have had vocal lessons.
I’ve had approximately two years of “classical” training. The first year was high school choir my senior year under the direction of just a phenomenal teacher and musician. She’s considered one of the top instructors in her region. I remember name-dropping her at my UNT choir audition to a response of, “Oh yeah, I know Heather Orr.” And the second year was my freshman year at UNT in the concert choir. Between those two years of choir I learned so much about how to sing properly, about enunciating vowels, how to take care of my voice while still projecting, and it’s made me a much better vocalist both with singing and screaming.

Related: how long did it take for you to find your voice as a singer?
It wasn’t until I started a band called Sunrise Pilots in 2014 that I found my voice. I had been writing and recording my own material ever since 2008, but never quite had the confidence to stretch my voice to where I could take it. Sometime after my freshman year at UNT — about 2012 — is when I realized I was a countertenor, and Sunrise Pilots helped me feel confident enough to really explore that for the first time.

When you record It Me material, do you start with drums and try to remember the guitar riffs to the best of your memory?
The recording process is basically exactly like that. I can usually envision the entire final product in my head when I sit down to record, so recording is like a reverse engineering process — inevitably I’ll do something during the recording that I wasn’t expecting, like drumming longer than I was supposed to, or doing a totally different beat than what I wrote. I usually just take those “mistakes” in stride because it was probably even better than what I had originally thought I was going to do, and once it’s on paper it’s permanent, so it’s not really a mistake anymore.

Any hopes of making It Me a full-fledged live band?
I’ve definitely been mulling that over for a while now, and I think right now it comes down to timing. Brave Days is gearing up for our EP release so I wanna be fully present for that. Once the EP is out and things have settled down a little, I already have some names in mind for a possible live band, so it’ll just be a matter of getting everyone in the same room and doing the thing.