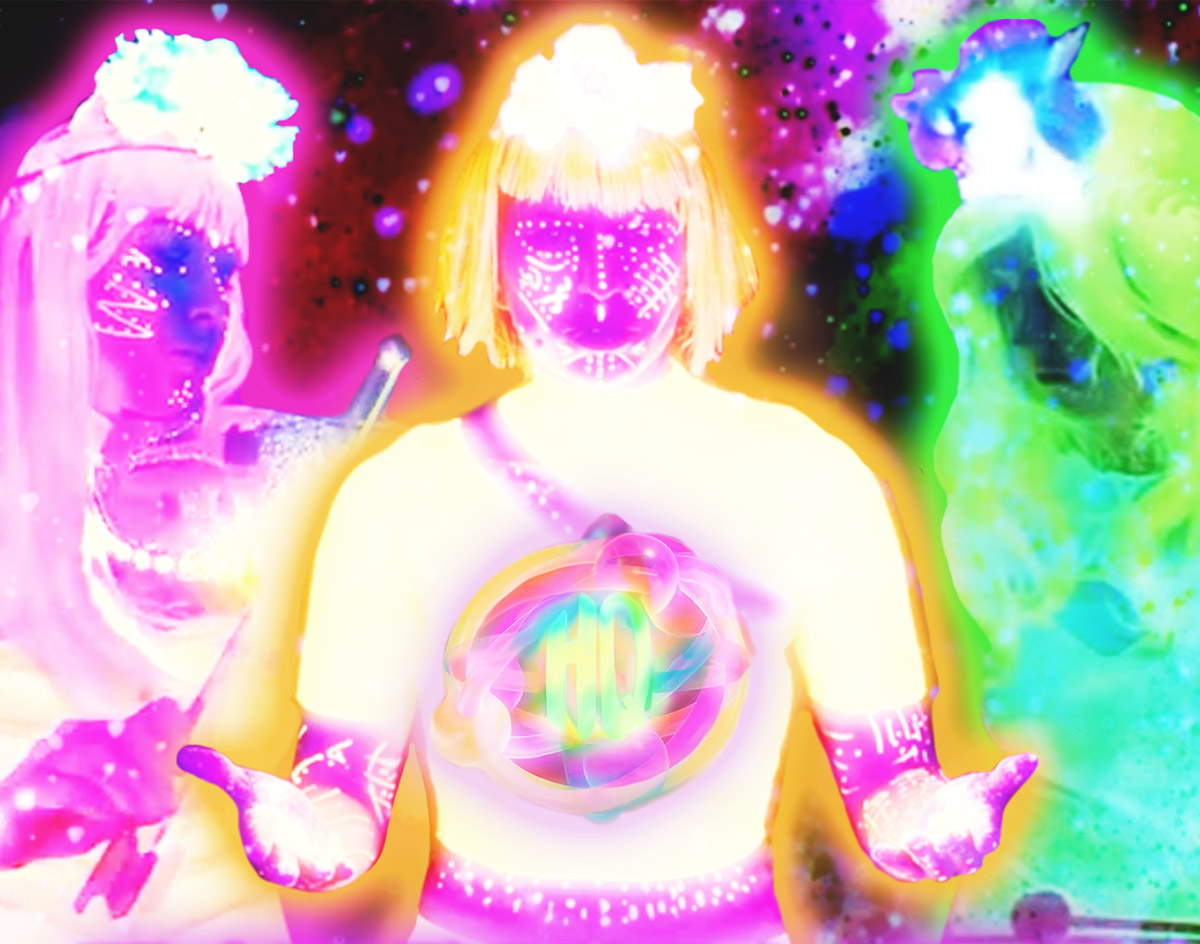 The Latest Visual Release By Helium Queens Is Not Only A Time-Traveling Transmission, But An Important Message Of Rising Up In Dark Times.

Helium Queens – Trascendental Visions Live EP
RIYL: Intergalactic meditations.
What else you should know: Helium Queen’s latest visual project comes to us from somewhere far out, even beyond the outer space climes usually plied by the Dallas experimental trio.

Called Transcendental Visions Live, the band’s just-dropped 24-minute “vidyo” (Read: video) tells a sequential story of all six videos the trio band made for the EP up to now. This is, of course, the modus operandi of the Helium Queens concept, which has seen vidyos released for all of its tracks during full moons.

Today, Helium Queens are piecing together vidyos from different live performances in April, May and June of this year, and it’s truly an interstellar symphony.

Transcendental Visions Live EP was written during a challenging time period for local musicians. The earthling voices all experienced the crash of the music performance industry when COVID-19 hit and shows and festivals began to cancel followed by the closing of venues.

But, for the Queens, it was more of a reason to continue sending needed messages. Especially during the month of June when countless demonstrators marched peacefully against police brutality and in support of the Black Lives Matter movement.

One of the songs from the EP, “Escunalum Loo Vii (One Breath)”, was specifically inspired by the aforementioned movement in Dallas.

“I remember spending the late afternoon weeping bitterly under the weight of injustice, not just those in my lifetime, but for the centuries, millennia, quite possibly since the beginning of humankind,” Xander says. “I looked for words to say, something meaningful, something that made sense. But nothing came.”

The compilation vidyo is more of a series of intergalactic hymns than traditional songs, with messages coming from a neon extra-terrestrial beings through heavy, meditative bass waves.

Are we wrong for hoping they can save us from any more bullshit to come in 2020?