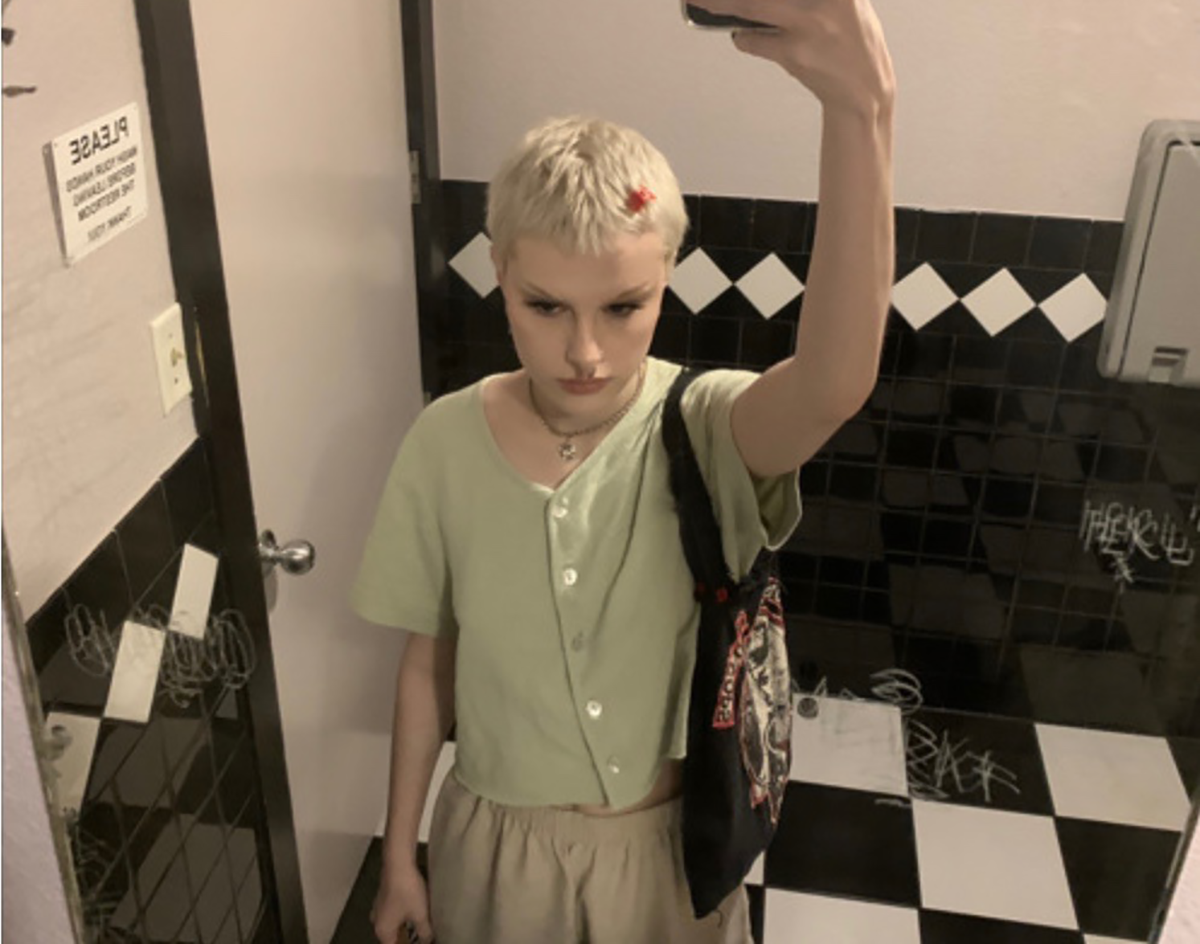 Ting Tang Tina’s Ruby Lewis Will Make You Feel Like The Protagonist Of A Coming-of-Age Indie Film With Solo Project G1rlsdroo1.

G1rlsdroo1 – “Hey Kid”
RIYL: Teenage indie bands that will make you cry
What Else You Should Know: Ting Tang Tina, the Fort Worth four-piece indie band, has quickly made a name for itself in the North Texas music scene. In 2017, they went from playing birthday parties to signing to Dreamy Life Records. Now, vocalist and guitarist Ruby Lewis is stepping out for a solo side project.

Lewis, aka G1rlsdroo1, is the daughter of Vaden Todd Lewis of legendary alt-rock Fort Worth band, Toadies.

The 17-year-old self-proclaimed ‘crybaby’ started releasing music on Soundcloud under G1rlsdroo1 about a year ago. Her Daniel Johnston-style tunes differ stylistically from Ting Tang Tina’s jingle-pop, but are still personal and full of melancholy themes. In April, G1rsdroo1 dropped a 6-track release titled Limp EP that resembles the work of female leads such as Cyberbully Mom Club, Frankie Cosmos and early Best Coast.

Of G1rlsdroo1’s latest single, “Hey Kid,” Lewis revs it up a bit more. The song, written from the perspective of a child, remembers a loved one who isn’t around anymore. Lewis’ heavy guitar riffs are paired with dreamy, longing vocals and haunting harmonies.

The song begins with the heartbreaking verse, “Yesterday I woke up/From a dream of you and me/I swear you were right here/But you’re not/You’re not here,” and later followed by shadowy vocals singing “I’m just a kid.”

In the final minute of the song, Lewis aches “I hope that I’m everything/That you expected of me,” to head-bopping guitar licks.

G1rlsdroo1 is just one example of the talented youth that have yet to take over the DFW music scene. And between Ting Tang Tina and her solo project, Lewis is proving she’s not just a kid anymore.