Song Of The Day: Ex-Regrets – “What’s Mine Became Ours Is Now Yours” 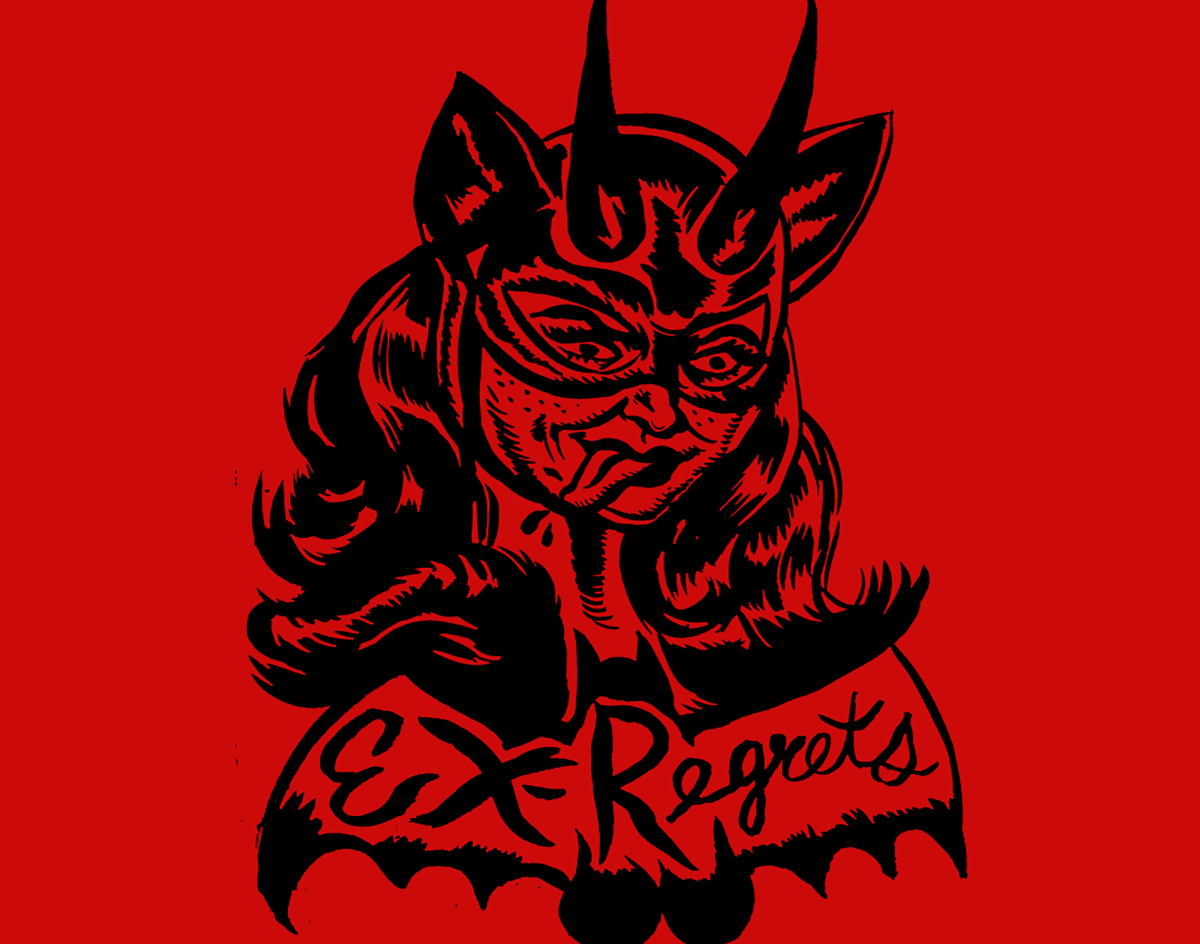 The New Project From Jennifer “Zooki” Sturges And Mikey Branton Is An Energetic, Genre-Fluid Coping Mechanism Emerging From Their Just-Dropped EP.

Ex-Regrets – “What’s Mine Became Ours is Now Yours”
RIYL: No Doubt.
What Else You Should Know: Ex-Regrets, which is made up of familiar punk scene veterans, says they’ve given up their boisterous punk/ska roots for a more developed alt-indie sound.

That new dynamic, along with earlier raucous influences that have so far shaped the members’ past are all audible in the Dallas group’s debut project.

The just-dropped EP, titled A Demonstration, is a lo-fi patchwork quilt Ex-Regrets essentially describes as a coping mechanism, and “What’s Mine Became Ours is Now Yours” stands out as one of the gems. The song’s lyrics give the listener a modicum of insight into the mind of lead singer Jennifer “Zooki” Sturges, who has rejoined forces with longtime friend Mikey Branton, declaring this their “rose period of musicianship.”

The duo formerly appeared together in a ska band called Monkeysphere and a punk project called Sex Regrets but parted ways amidst unfortunate circumstances in 2018. Having since made amends and figuring out a subtle balance, the pair found time to get back in the studio, even if they never get to play live again. This time around they are joined by Jon Rose (The Delzelles) on drums and Kenn Jones (Sorry 4 Swearing) playing bass.

“What’s Mine Became Ours is Now Yours” is a melancholy tragedy played out with dignity in a hat’s-off to the growing self, and accentuated through derision. Synthesized guitar sounds contrast the songs overall pensiveness, and somehow manage to uphold its tenuity.

So, if you’re into fun, more melodic rock songs with a darker, deeper meaning, this may be just the one for you.