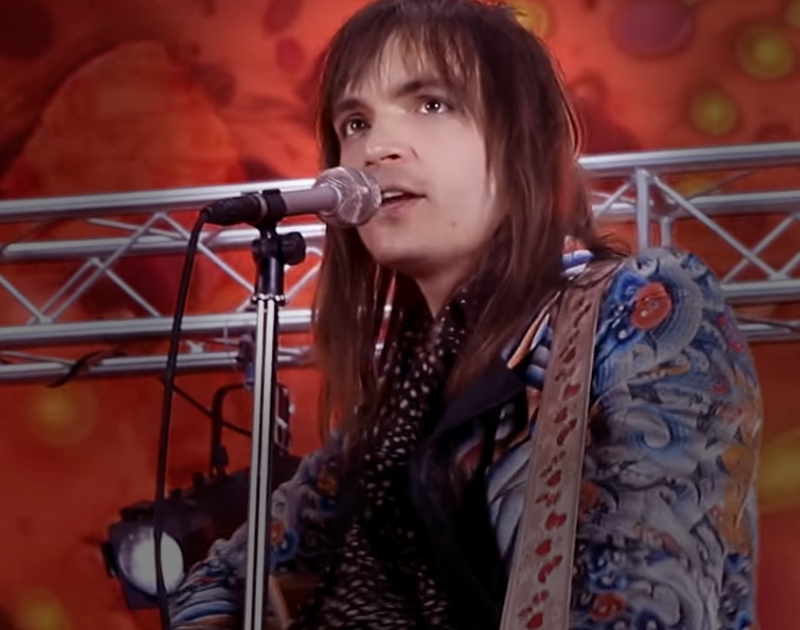 Check Out “Record Machine” By Creamer, The Old Dovetail Frontman Who Made a Retro Pop Record With a Member of Wilco.

Creamer – “Record Machine.”
RIYL: That one time when The Beatles covered Buck Owens.
What else you should know: Philip Creamer’s come a long way since he was playing solo acoustic gigs at Opening Bell Coffee in 2011. But just like Maren Morris and Leon Bridges, who played shows at the South Dallas coffee shop early on in their careers, he’s gone from background music maker to major player.

With last month’s debut release of his new project, simply called Creamer, he’s become the kind of guy that makes albums with Wilco members and has his music videos premiered on Billboard.

But, really, Creamer’s the same guy he’s always been. Really! The bandanna-wearing, old hippie soul is still making a ’60s winking mix of poppy classic rock with a hint of twang. It’s a streamlined, fresher and more fully-realized take of the stuff he was doing half-a-decade ago while fronting popular Dallas floppy-hat outfit Dovetail.

To that end, backing him on his impressive debut effort are a bunch of dudes that largely spent time kicking around in Dovetail, most of which are enjoying loads of success of their own these days touring as the Texas Gentlemen. Some Midlake boys and Wilco’s Pat Sansone are also mixed in for good measure.

Notes Creamer on the ol’ book of faces: “My brother, Daniel Creamer is keysing/composing/singing/guitaring all over this record, and his gorgeous musicality can be enjoyed in every track. The band also features drum minister Dave King, bass genius Edgar Lee, guitars muy delicioso de Ryan Ake & guitar god Audley Freed! Matt McDonald lends his luxurious vocals & finally, also making up the sonic landscape are the lovely and talented Beau Bedford, McKenzie Smith, Aaron Haynes, Joey McClellan & Austin Morgan. It takes a village, and I hope you will all take the time to listen.”

And you should – especially if you own a record player and/or a lava lamp. Sample it below. Then put on your paisley ascot and move on to the whole record already.