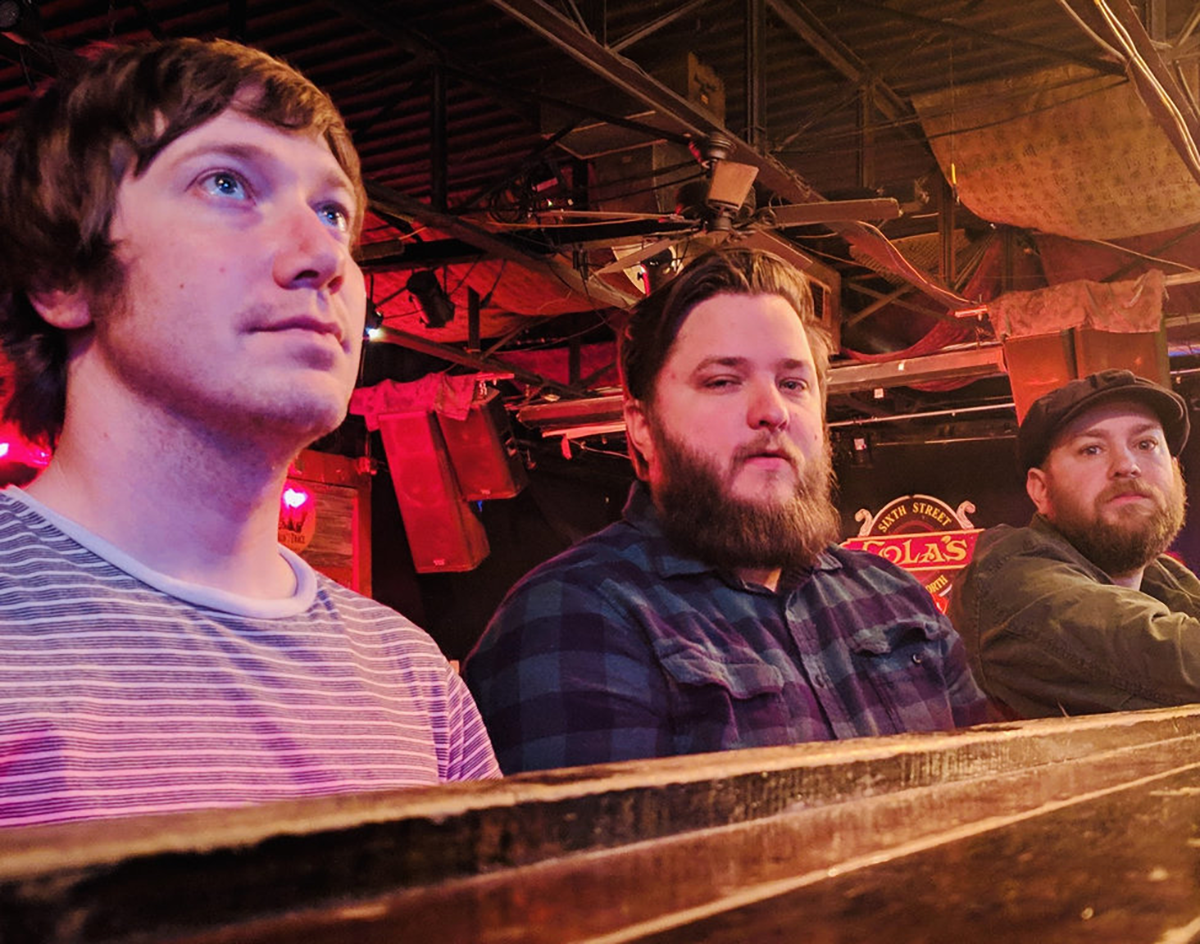 Check Out The Touching New Video For What The Indie-Rock Group Says Is The Most Heart-Wrenching Song It Has Ever Written.

Caterpillars — “Haunted”
RIYL: Living, loving and grieving.
What Else You Should Know: Caterpillars has given us the exclusive here, premiering its moving new video for “Haunted.” The song is also the band’s first piece of new music since last year’s In the Company of Wolves.

The four-piece indie-rock band just started working on a new album, hopefully to be released next year. And while the band still identifies itself as a Dallas band, new guitarist Eric Braun is based in Austin and drummer Stephen O’Sicky now lives in Longview.

Around here, they’ve opened for bands like Cursive, Get Up Kids and the Appleseed Cast — all of which are major influences on their sound. That, mixed in with a huge appreciation for the now-departed Minus the Bear, the band doesn’t shy away from being unabashedly emotional and vulnerable with its music.

For this video, they asked fans to contribute short clips of them holding a picture of someone they lost and miss every single day.

“We believe that this is our most emotional and heart-wrenching song we have ever wrote,” O’Sicky says of the new song. “We wanted to use this video as a tribute to the ones we love, lost and miss. Learning some of the back stories and seeing such raw emotion made putting this project together difficult at times, but I’m glad we did it and could give everyone who contributed a chance to honor their lost and memorialize them with us.”

You might recognize some pretty well known faces in this, too. Just past the one-minute mark, William Goldsmith, former drummer of Sunny Day Real Estate and Foo Fighters, shows up. Goldsmith is no stranger to the Caterpillars camp, as O’Sicky helped raise funds for Goldsmith last year when a major financial strain made Goldsmith consider selling his drums. O’Sicky stepped in to start a GoFundMe, which ultimately leveled the financial situation and allowed Goldsmith to keep his drums.

This is all Caterpillars has for now, but given how strong In the Company of Wolves was — and this song is — the chances of the band’s next release being worth devouring seem pretty likely.