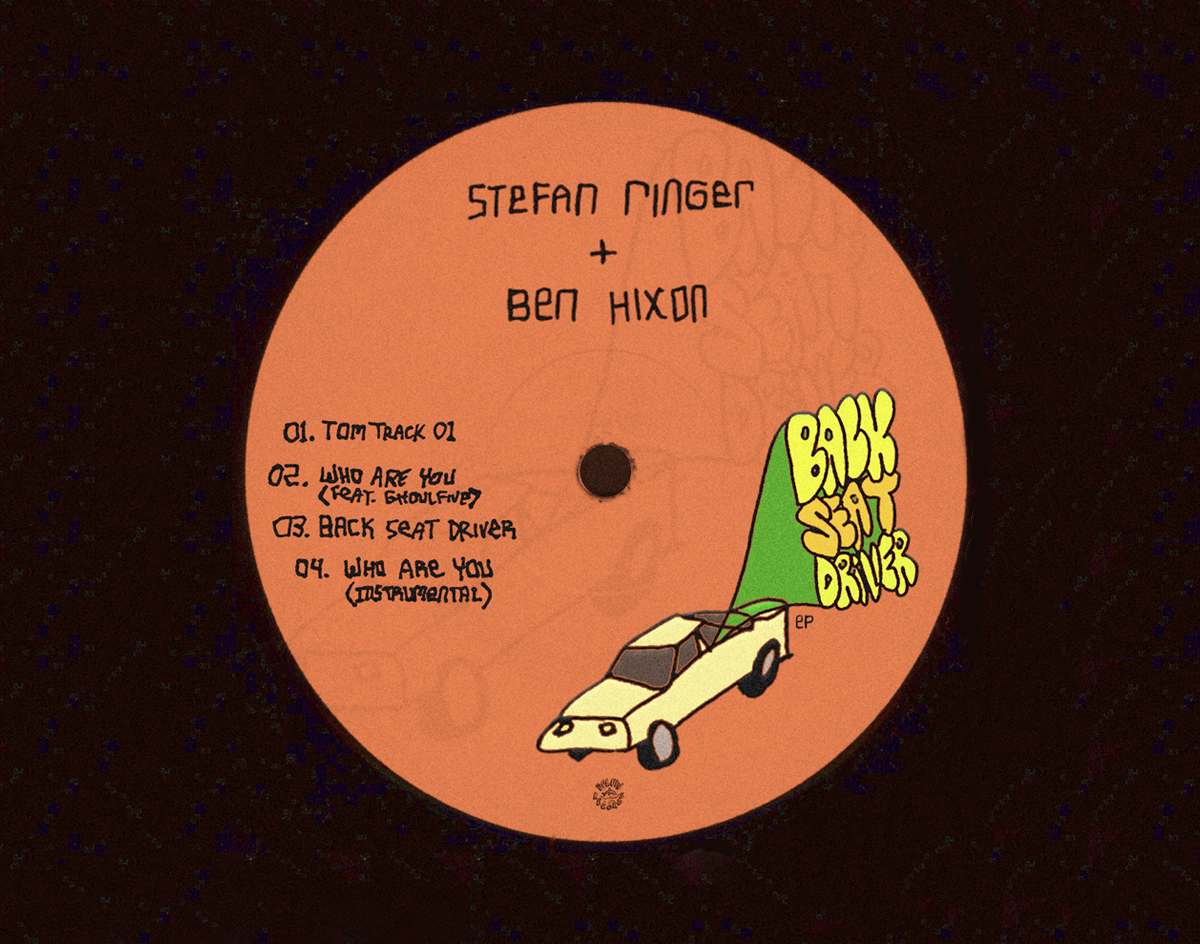 Ben Hixon & Stefan Ringer – “Back Seat Driver”
RIYL: Hotel lobbies and girls in tennis skirts.
What Else You Should Know: Dolfin Records bossman Ben Hixon teams up with Atlanta house music producer Stefan Ringer to bring you the Back Seat Driver EP. The EP was released on November 6 for Bandcamp Day and includes a feature from the elusive Ghoul5ive.

While the four-track EP has much to offer, we turn our focus to the title track Back Seat Driver.

It’s the kind of song you’d expect to hear in a W Hotel waiting lobby or in a cooler-than-you-but-welcoming bar in Brooklyn. However, this is the internet and this smooth and hip deep house track honestly sounds great just about anywhere.

Magic happens when collaboration is bound to happen.

“I’ve been buying Stefan’s records since back in 2014 or 15,” recalls Hixon.  “I met him in 2016 when JT Donaldson brought him down for a night at our weekly ‘New Math Mondays’ he was cool from the jump and down to work.”

“I made the instrumental sometime around early April this year at my friend Jeff’s house in Mt Pocono, PN. I got back to Brooklyn in early May and sent it to Stefan. He hit me with the vocals almost immediately. We both fucked with it so heavy.”

On the track, Ringer describes an assertive, sensual and sassy woman who has no problem delivering instructions on how to touch her to the narrator. She doesn’t fool around and she’s straight to the point. What’s not to love about that? We don’t quite know who this mysterious “back seat driver” is but she sounds like a dangerous time. Sign us up.

The instrumental is produced by both Hixon and Ringer and sounds playful, catchy and futuristic. With a careful layering of synthesizers and keys over a steady and pronounced bassline, this track demands your shoulders to move along. But go ahead and let it ride. Don’t fight it– relax and just dance.

In these times, it’s hard to remember what a dancefloor once felt like. But if you have ears, a body, and a speaker, put on Back Seat Driver and the dancefloor is anywhere you are.