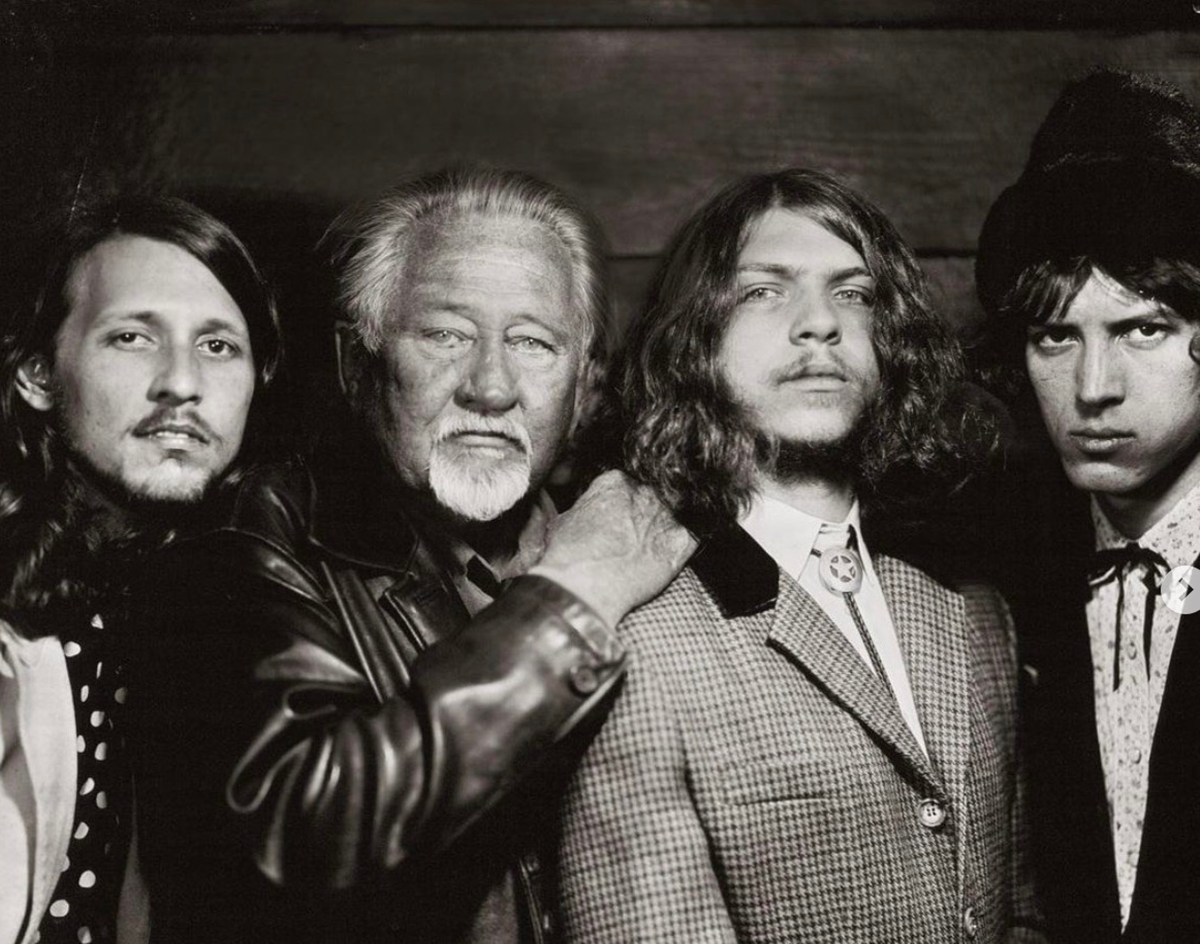 Johndavid Bartlett & Acid Carousel – “Delphi”
RIYL:‌ The Doors, 13th Floor Elevators.
What‌ ‌Else‌ ‌You‌ ‌Should‌ ‌Know:‌ The Texas psychedelic scene of the ‘60s was built around psyche legends like 13th Floor Elevators, The Red Crayola and Bubble Puppy. These artists were all signed to the independent Houston-based record label called International Artists, which, like the flash-in-the-pan hippie cultural emergence, was over nearly as quickly as it began.

The label released 12 studio albums before going bankrupt in the early seventies. Unfortunately, that meant that a then-19-year-old Johndavid Bartlett’s album — which was to be the label’s thirteenth — was fated never to see the light of day. That is, until he got ahold of Robbie Rux at Dreamy Life Records. Rux was thrilled at the prospect of reviving a piece of long-lost Texas psychedelia and suggested Bartlett work it out with Dreamy Life’s own modern psychedelic up-and-comers, Acid Carousel.

The effluence of the first taste of the resulting album has so far been uncanny and beautiful. Titled In Your Dreams, the collaborative effort is due out in February, and “Delphi” is the third single released from it.

The song invokes the baritonal approach of Bartlett over a trippy desert rhythm incorporated by Acid Carousel that shows off their fecundity in musical interpretation. Bartlett, like some kind of Mycenaean king, poses out to Delphi in oracular refrain. His song comes with a much needed promise that things will get much better — something we’re all eager to hear these days.

One of the song’s best moments comes as Bartlett says, “When I get back from Delphi, let’s get together and have some brews.” It shows a lyrical depth that isn’t so deep the listeners are bound to sink, but a comfort and relatability that brings the lofty prophetic subtext back down to earth. Maybe it even provides a semblance of things getting back to normal sometime soon.

For now, we’ll take a raincheck with Mr. Bartlett. But we’re definitely going to hold him to it when better days come.