Dallas Activists Look Back On 2020’s Protests — And Ahead To What’s Next. 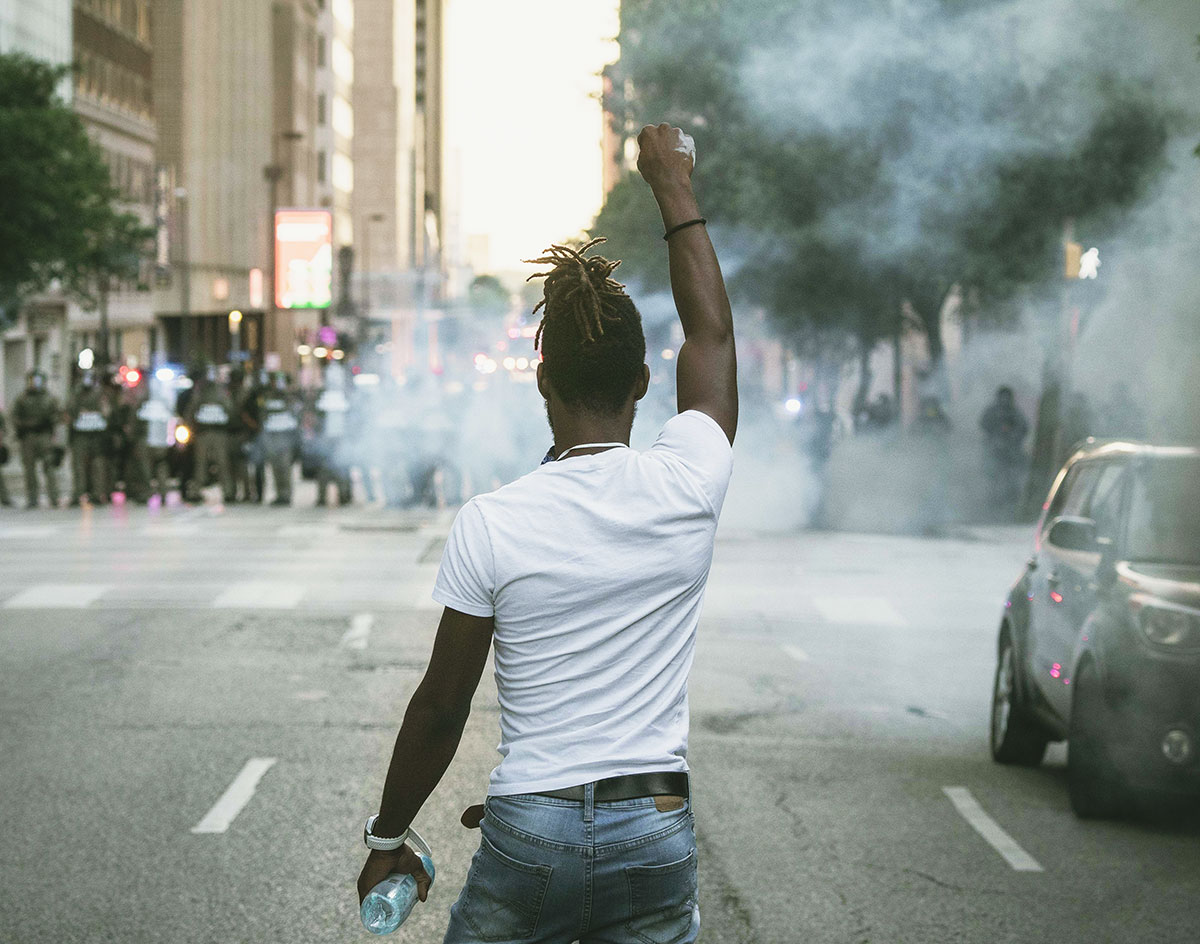 As We Head Into A New Year With New Challenges, Leaders Of Local Racial Justice Organizations Look Back On Their Progress — And Promise To Keep Fighting.

Tramonica Brown, founder of nonprofit Not My Son, remembers the Black Lives Matter protests that took place in across Dallas throughout the summer a distressing time.

It was certainly a lot to take in: At various points, demonstrators were spit on, bottles were dropped onto them from high-rise buildings and agitators screamed in protesters’ faces, telling them they needed to go back to the countries they were stolen from.

This, of course, isn’t a story unique to Dallas. At the beginning of the summer of 2020, millions around the globe took the streets to speak out against racism in their communities, due in large part to the impacts of senseless police killings of Black Americans like Breonna Taylor and George Floyd.

Now, after a tumultuous year, local activist organizations including Not My Son, We Take The Streets and The Black Royal Family look back at 2020 with frustration, pride and above all, hope.

“I’m a social butterfly,” Brown says. “I want to love everybody, and I want to see anybody do good. But it’s hard to want to see somebody do good when they’re telling you that you need to stay in your place. It was the hardest thing to overcome — because it took a lot of self-preservation.”

It was through the noise of detractors, however, that Brown knew protesting was a wholly necessary part of the process in making her community and its voices heard.

A former teacher, Brown started Not My Son last summer, just one day after the notorious Margaret Hunt Hill Bridge incident in which officers with the Dallas Police Department and other law enforcement agencies kettled, tear gassed and detained almost 700 protesters. The organization quickly set out upon building its roots across three primary pillars: social activism, community outreach and civic engagement. Through organizing protests, school supply drives, South Dallas cleanups and educating Black communities on voting, Not My Son has been able to check off each of these pillars.

“We’ve been able to provide a safe space for people to have that uncomfortable — but necessary — conversation about race and how it truly affects Dallas,” Brown says. “I am most proud of the ability that I have been blessed with to create a platform for people to have an uncomfortable conversation with somebody that they don’t even know — and to hear a different opinion of somebody who they don’t even know but has a different viewpoint.”

Brown isn’t done yet, either. This spring, she hopes to be elected to Dallas City Council’s District 7 seat representing her own South Dallas community.

Regardless of that campaign’s outcome, Brown and others involved in last summer’s protests have long known there’s still a long road ahead of them.

We Take the Streets founder Sheema (who asked that we continue to omit her last name as we have since her own arrival on the scene in the wake of the Margaret Hunt Hill Bridge incident) says she first realized there was a gap in the movement’s reverberation when she noticed that many of the summer’s protests only lasted 30 minutes to an hour at a time. She says it’s tough to accomplish of anything in such a small window — which is why, after leading her own marches that lasted anywhere from two to four hours and seeing the effect it had on other people, she eventually started We Take The Streets.

“I felt like a lot of people got out a lot more of their energy and emotions that they weren’t doing before — at least not in a way that was working for them,” Sheema says. “That’s how we got the name. It kind of just came to me, being that our main thing was being in the street — and taking the street.”

Looking back on 2020, Sheema says she is most proud of the commitment We Take The Streets held close, even long after the calls for justice dissipated on social media and in national conversations. She’s also especially proud of her organization’s ability to become a valiant resource within the community. As protest marches through the city began to dwindle in attendance in late September, We Take The Streets switched its priorities to organizing drives for hygiene products and essential items. Specifically, Sheema proudly remembers a woman coming up to her during one of these drives to tell the group how they’d answered her prayers.

For all of those high points, Sheema also points out that there were days when she had trouble shaking feelings of defeat. Sheema says she especially felt this during the eight-hour city council meeting on June 5 and, to a broader degree, during every moment in which she had to defend what she keeps fighting for and why she does it.


Despite all of this, Sheema says We Take The Streets now knows it has the support of voices throughout the city, and that she’s committed to keeping up its part of the conversation in the future.

Just like Sheema, The Black Royal Family founder King Ace says he’s proud of the consistency displayed by his organization, which he launched last year after moving back to Dallas from New York to be with his mother. For Ace, he says some of the biggest pushback he gets is from Democrats who believe that once Joe Biden was elected president, there were no more issues left to fix. As Brown and Sheema have also stressed, Ace says he is quick to remind these people that things can still be improved, and that elected officials still need to be held accountable for their actions.

“I knew [the initial protest movement] wasn’t going to be enough,” Ace says. “We had to put our theory to practice and get involved in a community. We had to be a model for people to follow and appreciate.”

These days, The Black Royal Family continues to get involved in area communities by providing political education and hosting events like community cleanups and its Black Women Appreciation event.

And that dedication, rather objectively, is crucial for the future of the city. Although the social media hype may have hushed some, North Texas can rest assured that these organizations and others will continue their important work in 2021 and beyond, all in the hopes of building a better Dallas.

“As things died down, I’m just proud that we were able to be consistent,” Ace says. “We continue to implement other programs besides protests, and that is important to bring that awareness. But you’ve also got to educate people and lead by example.”