Song Of The Day:‌ Frozen Soul – “Crypt Of Ice” 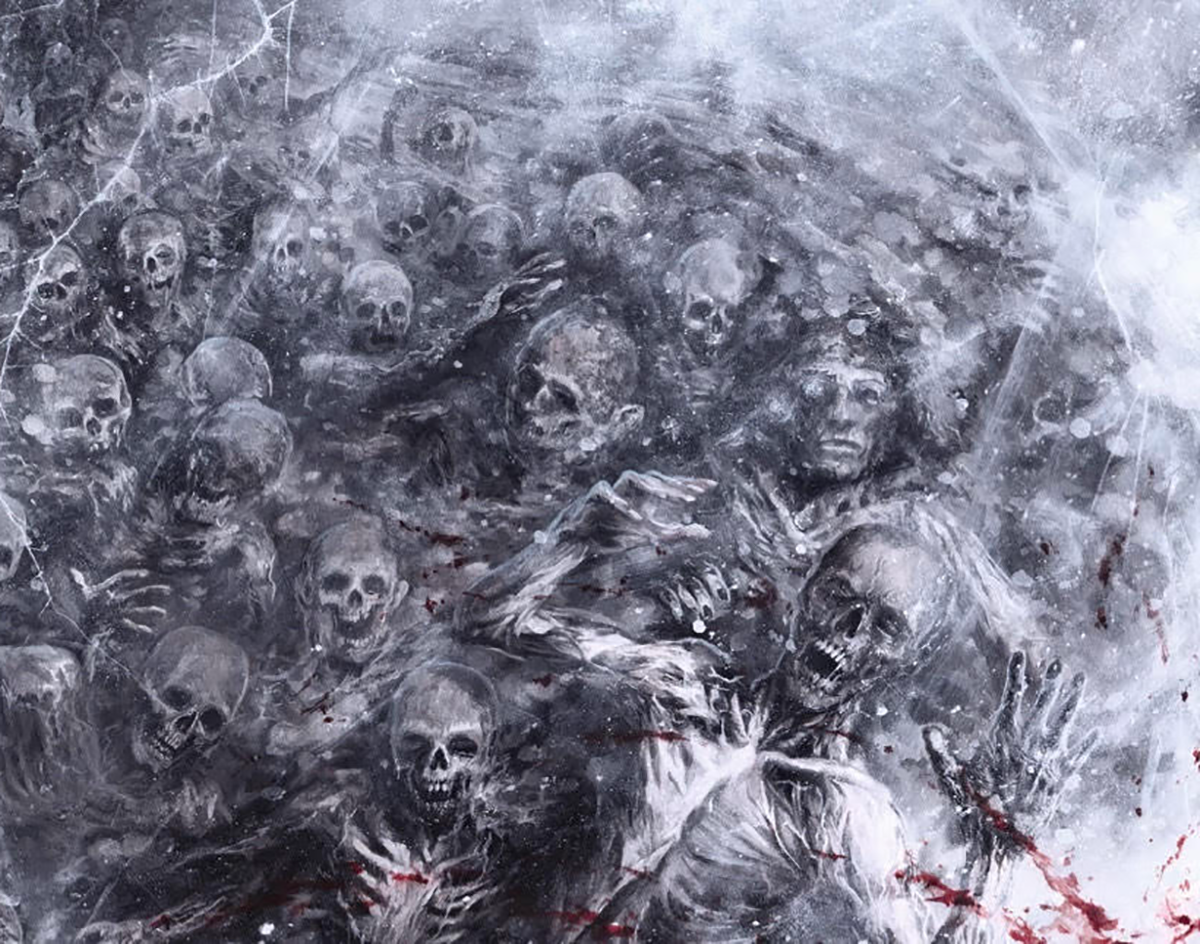 The Metal World Is Turning Its Eyes Onto Dallas’ Rising Death Metal Giants For Their Upcoming, Much-Anticipated Debut Album.

Frozen Soul‌ – “Crypt of Ice”
RIYL:‌ ‌‌Obituary, Mortician, Bolt Thrower, Game of Thrones.
What‌ ‌Else‌ ‌You‌ ‌Should‌ ‌Know:‌ ‌‌ Brooklyn Vegan declared Frozen Soul’s upcoming Crypt of Ice LP as one of the most anticipated albums of the year. The album drops on January 8, 2021, and was produced by Daniel Schmuck, who has also done work with bands like Creeping Death and Dallas heavyweights Power Trip.

Crypt of Ice is Frozen Soul’s major label debut, and a follow up to the band’s demo-turned-EP, Encased in Ice. With the success of that EP and subsequent touring that included playing to a packed house at Brooklyn’s world-renowned Saint Vitus Bar last winter, the band signed prestigious metal label Century Media, which was acquired as a subsidiary by Sony in 2015. With this, Frozen Soul now joins a roster of acts such as grindcore pioneers Napalm Death, and ’80s metal notables, Queensrÿche. Century Media is also the label that helped launch the careers of Iced Earth, Suicide Silence and Eyehategod.

The title track off the upcoming record is a behemoth of a lead single. Its new video was released just last month and has already amassed over 40,000 views. The song itself provides a frigid winter blast to cup your hands together and growl along into, which fittingly coincides with the chilly Texas weather blowing in. The song may even inspire a little bit of joy through the dreary doldrums and otherwise downtrodden season we will all remember as the cold, damp, mid-pandemic shitshow leading into an election.

With Halloween all but cancelled this year, a little staunch morbidity in music may be as close to wickedness as we are going to get.