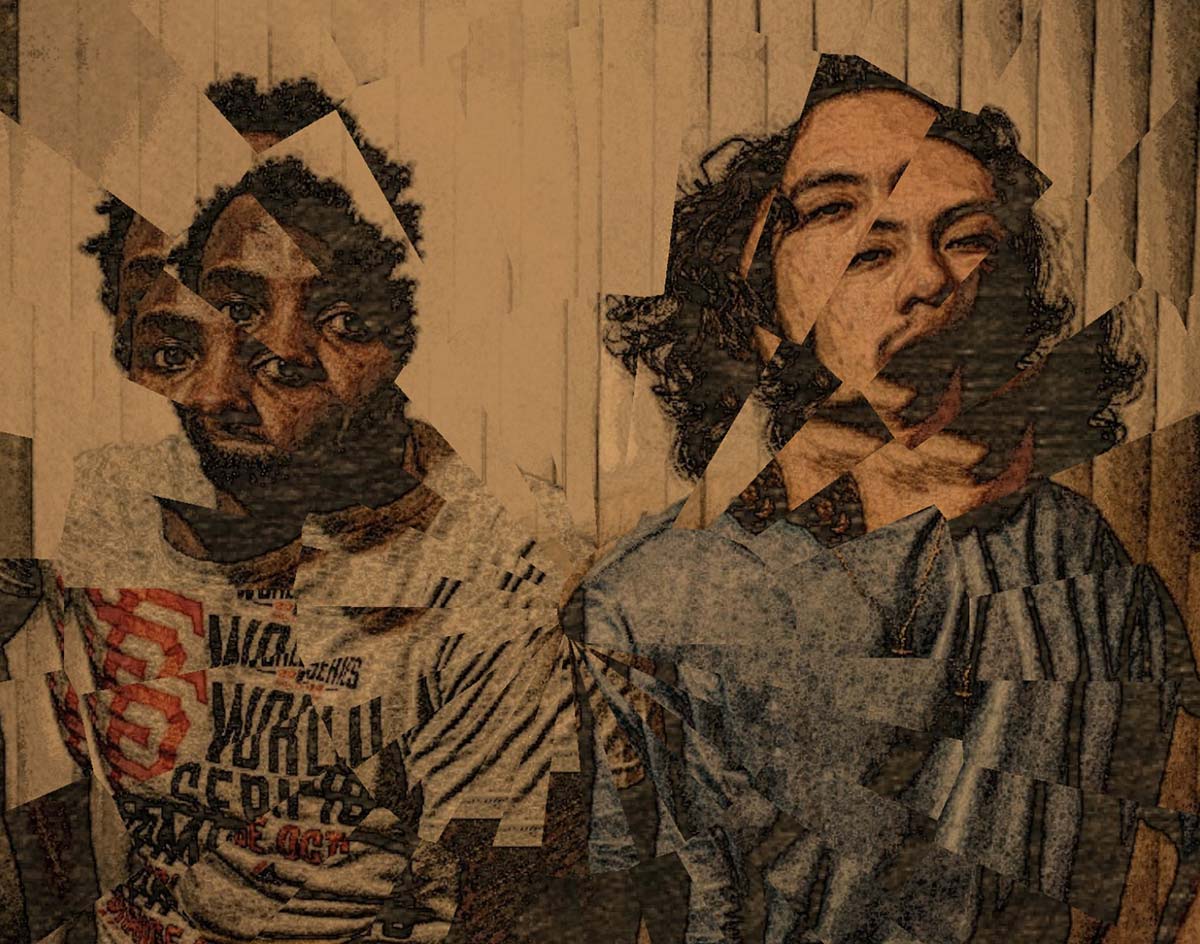 Fort Worth Rap Duo 808 Saints Shrugs Off The Haters and Smokes Their Stresses Away While Promoting Otherworldly Oneness On Their New Single.

808 Saints feat. Aric Evans — “Universe”
RIYL:‌ continuing your passion even when others don’t understand.
What‌ ‌else‌ you‌ should‌ know:‌ 808 Saints has been making music together since 2018, but only really registered on the local scene in 2020 thanks to the release of a handful of explosive singles in advance of their planned debut album release in a few months.

It’s their disparate backgrounds that make their collaborative efforts so unique.

Ladi has been based in the Dallas-Fort Worth since 2005 — well, apart from a short stint spent living in Kathmandu, Nepal, where he spent some time in the Nepalese prison system on charges relating to the possession of hash. Since that time, and throughout his subsequent return to the States, Ladi has immersed himself in creative practices, be playing guitar on the popular 2019 Famous Exchange one-and-done single “Emocean” to organizing his pet project SYLA Media, which aims to subvert streaming algorithms in order to get him and his collaborators heard.

Seshun, meanwhile, is a California transplant to Texas who says that influences from each of his recent residences have helped shape his style.

Ladi explains their back-and-forth creative process rather succinctly: “Seshun brings the heat, and I put down the lyrics. Some of the best work we have made is where he brings the idea.”

“Univer$e” continues along those lines, opening with a spaced-out laser beam phase before the beat drops for a chill rhythm that reads like a cross between Devin The Dude’s “Zeldar” and Kid Cudi’s “Day ‘N’ Night”. It continues on from there with more breezy lyricism interspersed with melodic singing and it statement “It’s a cold world if you don’t see the sun / take a toke, we just started son” refrain.

It makes a good tune for smoking big green and vibing on the clear night sky — light-polluted as the inner city skies may be.

“The people that tell you something can’t be done are always the people that haven’t even tried most of the time,” says Ladi, who explains how his own struggles at pursuing his dreams, learning to adapt and embracing the journey along the way inspire the track. “If you can’t look through for hope in it, then the world will always feel cold. [But] you are a direct source of light in this world.”

Tough to argue with that.