Some Kind of Wonderful. 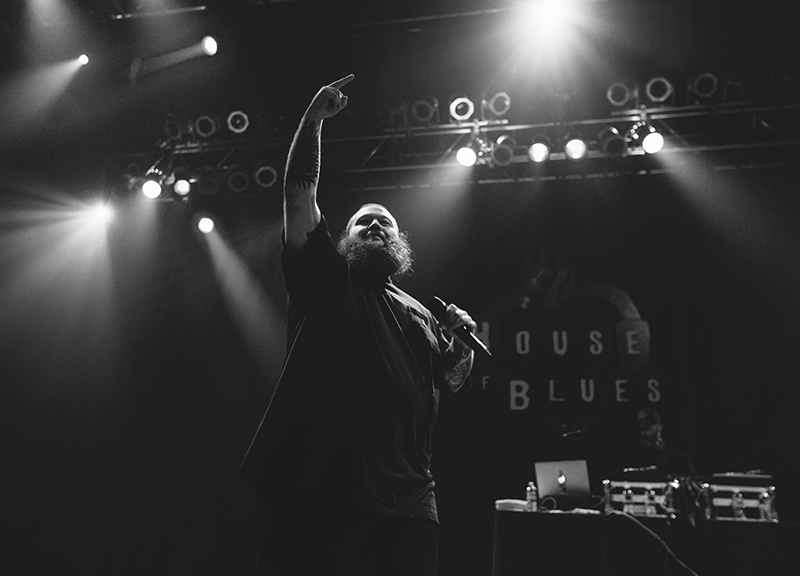 Scenes From Last Night's Action Bronson Show At The House of Blues.

When Action Bronson calls it a day and ends his rap career — a moment off in the very distant future — the laundry list of shit that will have happened at his concerts will become the stuff of legends. There will be talk, plenty of it, about how many people he body slammed off his stages, how many women he carried on his back and how many steak dinners, TVs, G Pens and pounds of weed he threw out to his audiences.

The last time Bronsolino was in Dallas — back in 2012, you may recall — his show ended in similar, legendary fashion: After sitting around well past a reasonable time to start his set following a spate of technical difficulties, the Queens rapper eventually snatched a mic and sprinted through an entire set list, spending most of his time in the crowd and taking selfies while rapping. After his victory lap, he simply dropped the mic off at the bar and calmly walked out Dada's front door and out into the darkness of Elm Street, mentioning that he needed to get to the airport ASAP.

Last night's show at the House Of Blues wasn't so over-the-top, unfortunately. Instead, it was a no frills, no bullshit affair. It's possible that this could've been a disappointment to some fans out in the crowd who were whispering about what he might throw out to them as if he were hip-hop's Oprah. Those gifts never came, maybe because Bronson just wanted to quickly get through this last show of his American tour in support of his recently released Mr. Wonderful before heading off to Europe. That seems like the only reasonable explanation, especially considering that The Alchemist's opening DJ set was scrapped, and Bronson took the stage right at 9 p.m. much to the surprise of the stragglers who walked in well past the second wind of his set had started to blow.

No, there was no swag thrown out. And the venue's photo pit and team of security guards all but guaranteed no fans would be reaching the stage. Still, Bronson put on a fantastic show just the same — something that is in itself, a pretty rare thing to see from a rapper these days. Few rappers have the charisma necessary to captivate an audience just while standing up by himself on stage with just a DJ behind him. Even more endearing is that Bronson actually raps and isn't afraid to sing during his shows. Nope, no vocal tracks here. No antics, either. Just the absurdly great rapping abilities he developed in New York City kitchens as a chef, paired with that superstar charisma he's carefully crafted.

It lasted an hour, even if it didn't feel so long. The Alchemist dropped the instrumental to “Eastern Promises” to start the set, which sparked false hope that Bronson might do some real deep cuts from his Bon Appetit…Bitch mixtape. Instead, most of the set list was comprised of tracks from Mr. Wonderful, as well as his Blue Chips mixtapes and Saaab Stories. Between that work, Bronson did a “jacking for beats” session where he rapped over recognizable '80s from the likes of Phil Collins and bragged to the crowd that they'll never hear anyone other than him do rap tracks like that.

Bronson is certainly one of kind. So much so that, after all that talk about the ancillary offerings at his shows calms down, the core of his legendary status will be his supreme rap abilities. Those were all he needed on this night. 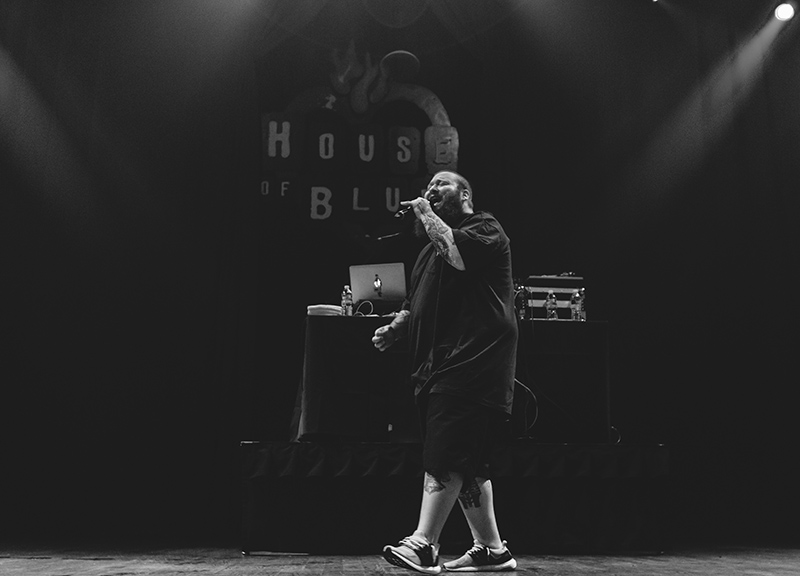 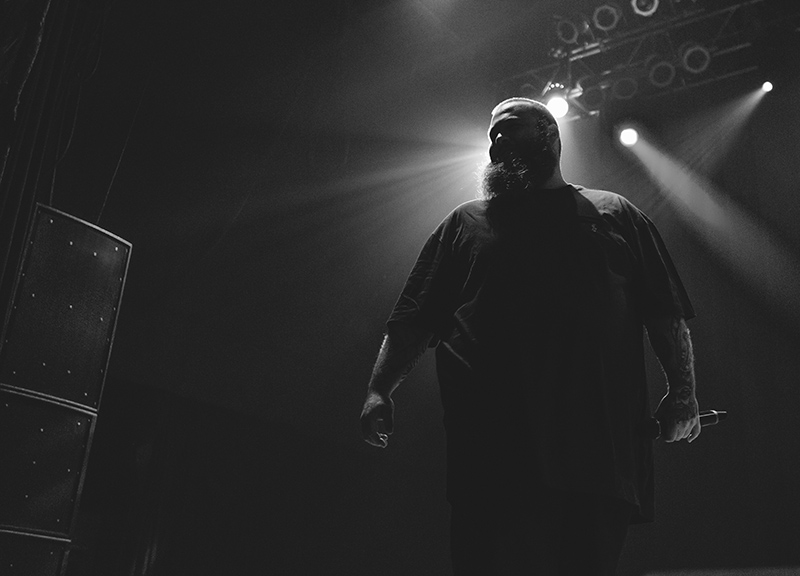 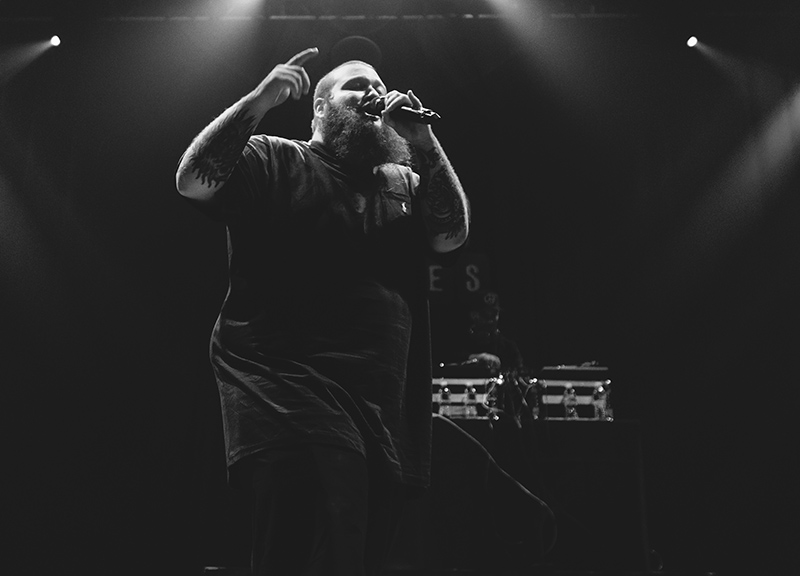 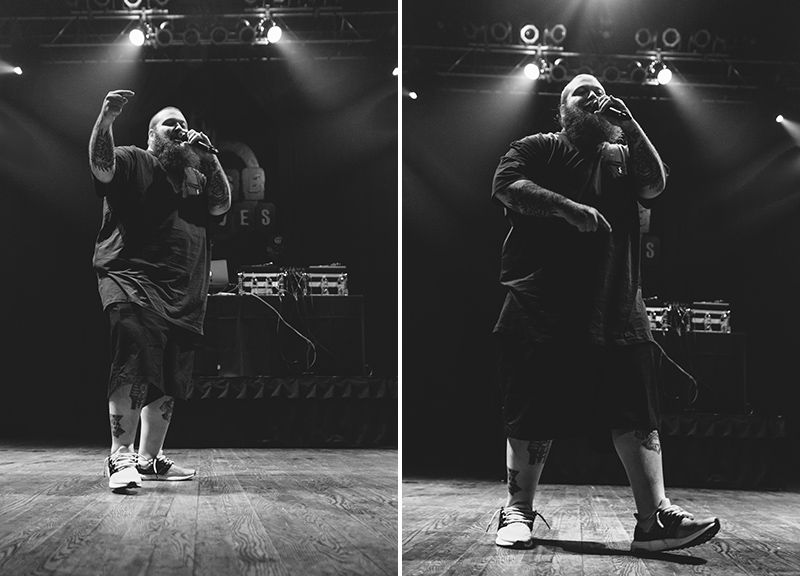 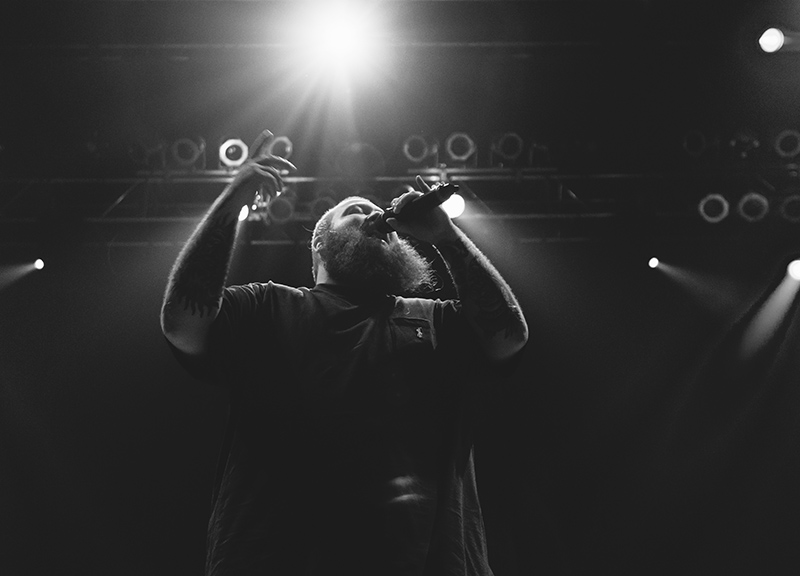 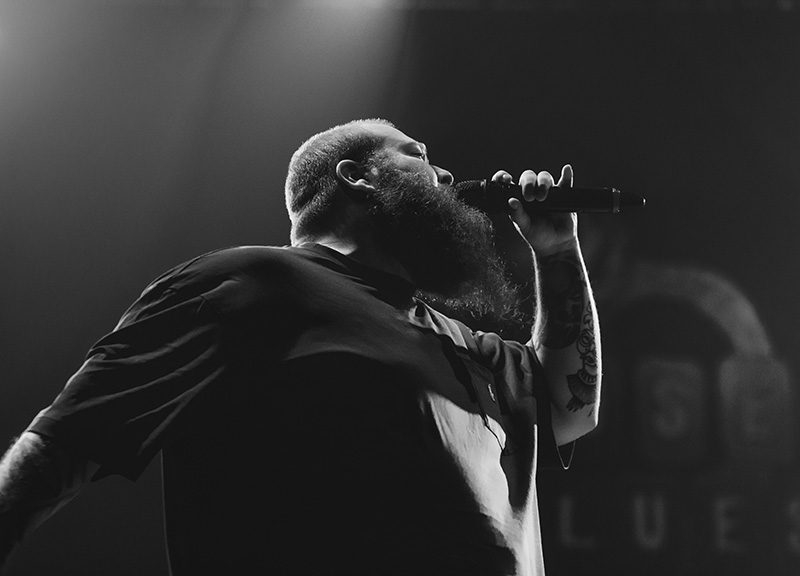 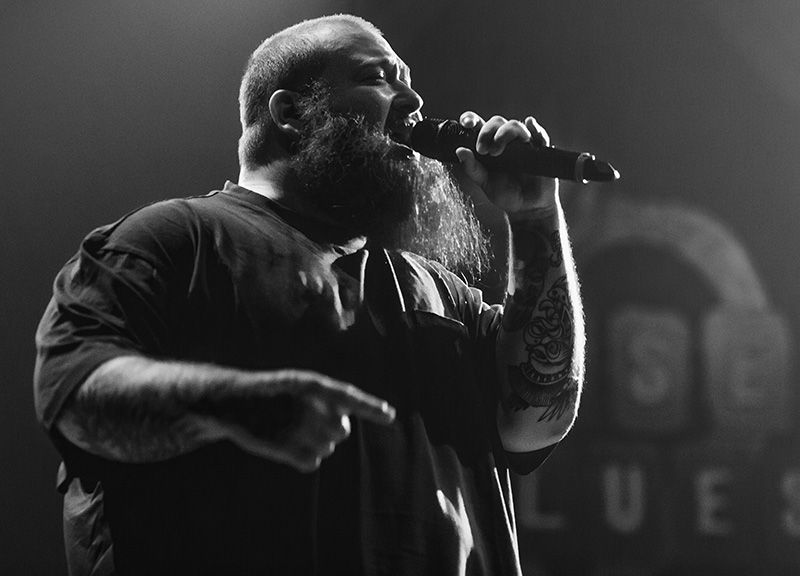 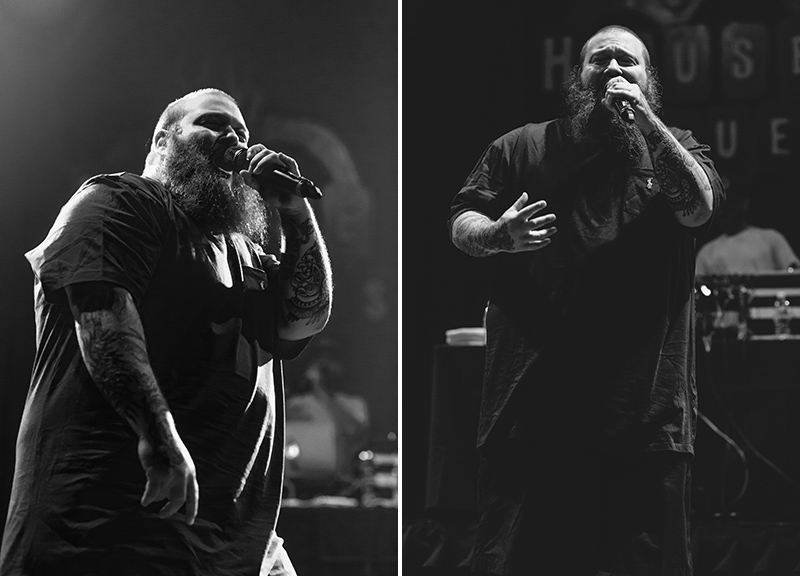 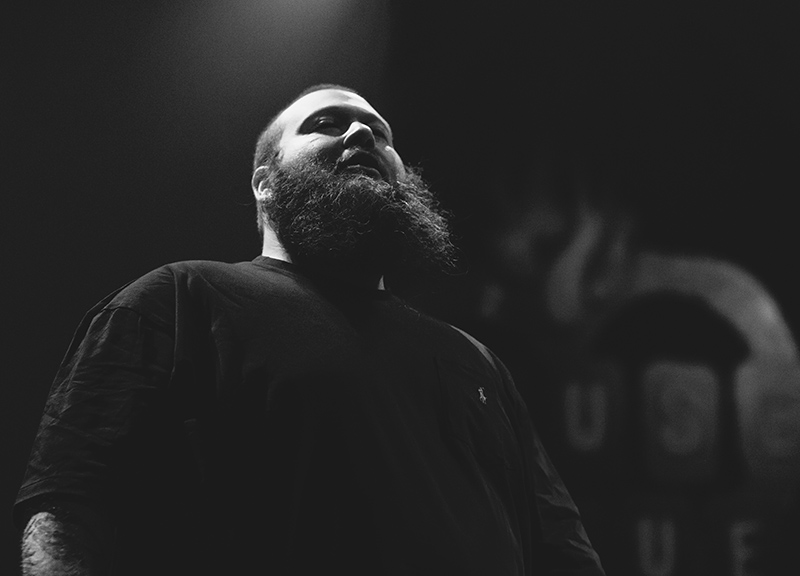 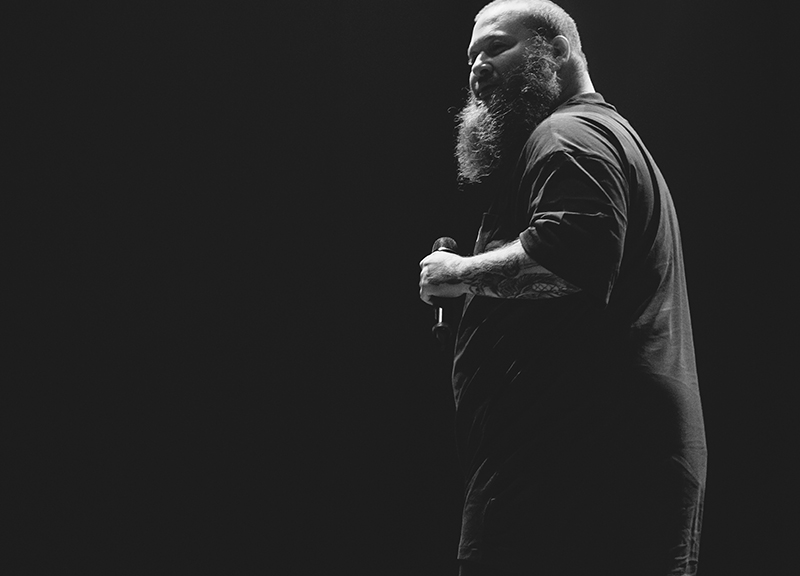 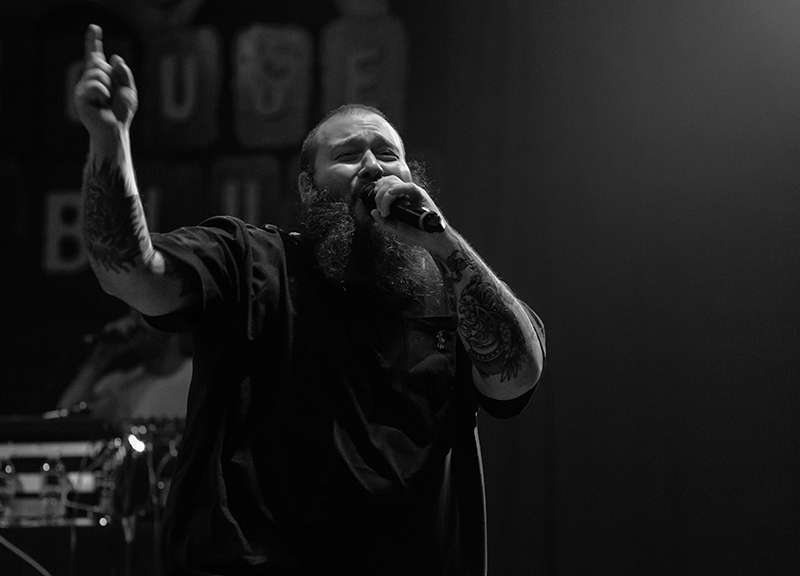 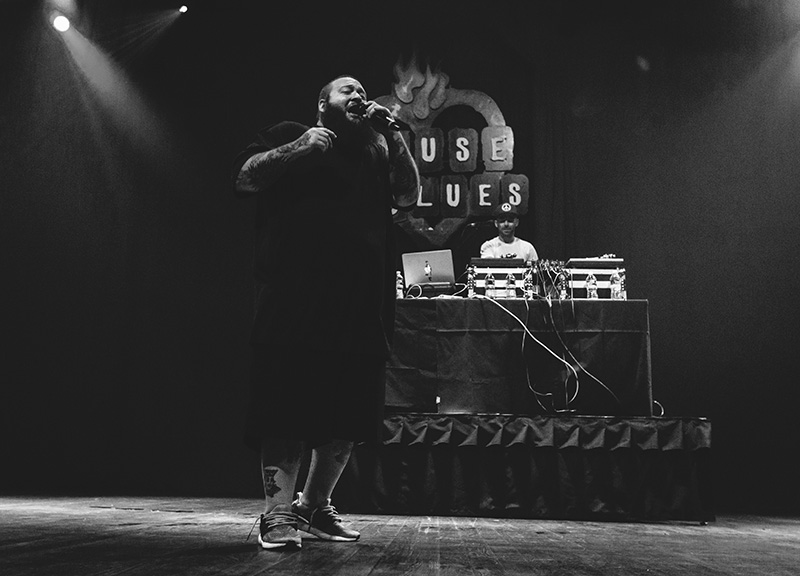 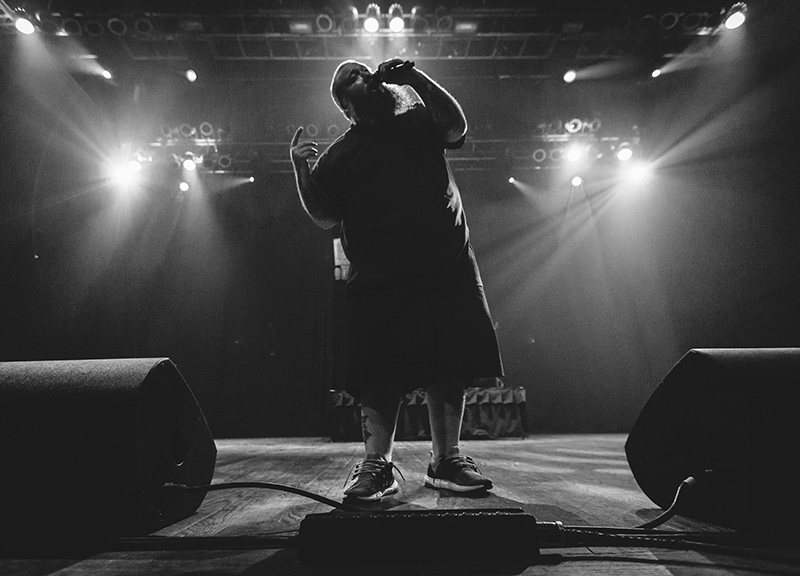 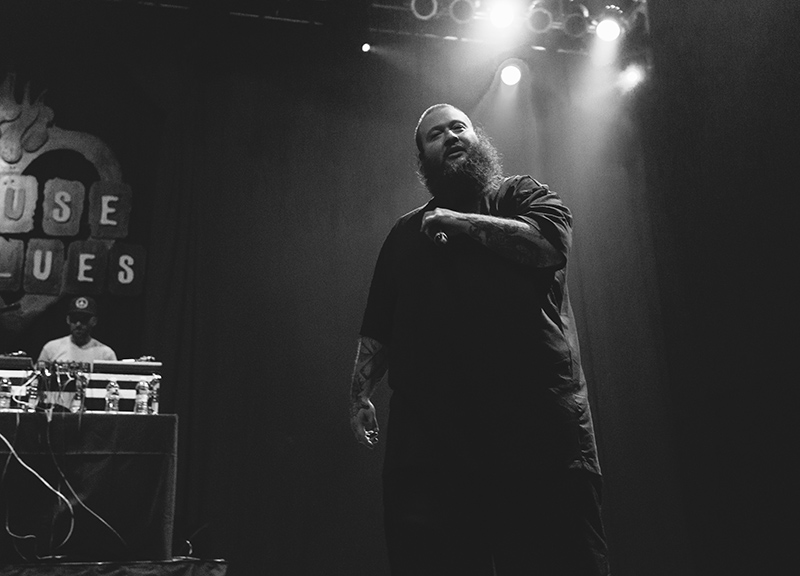 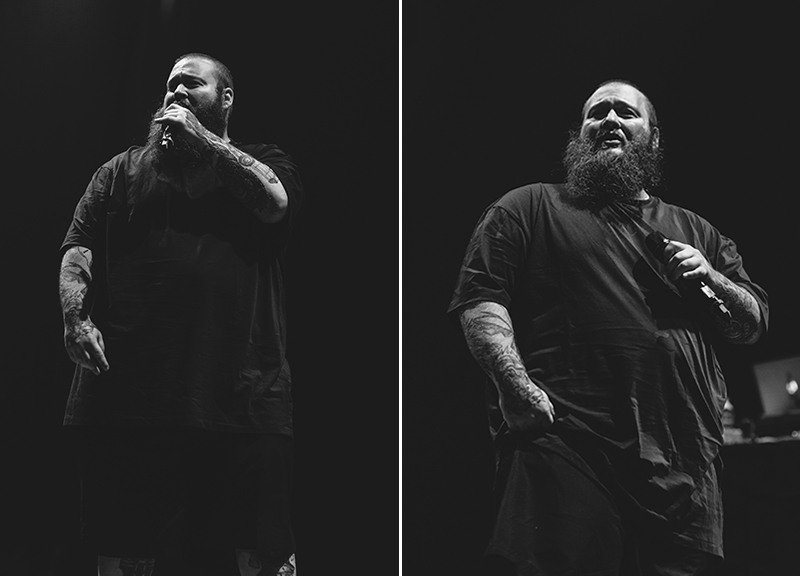 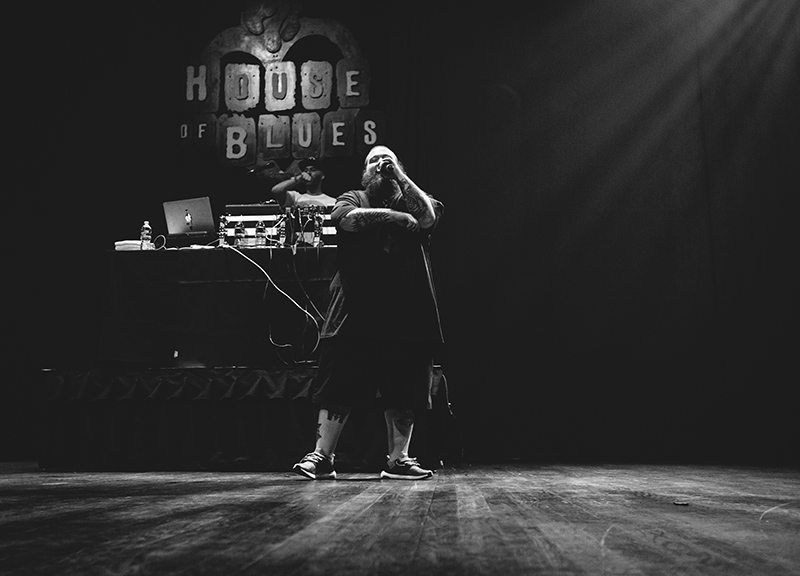 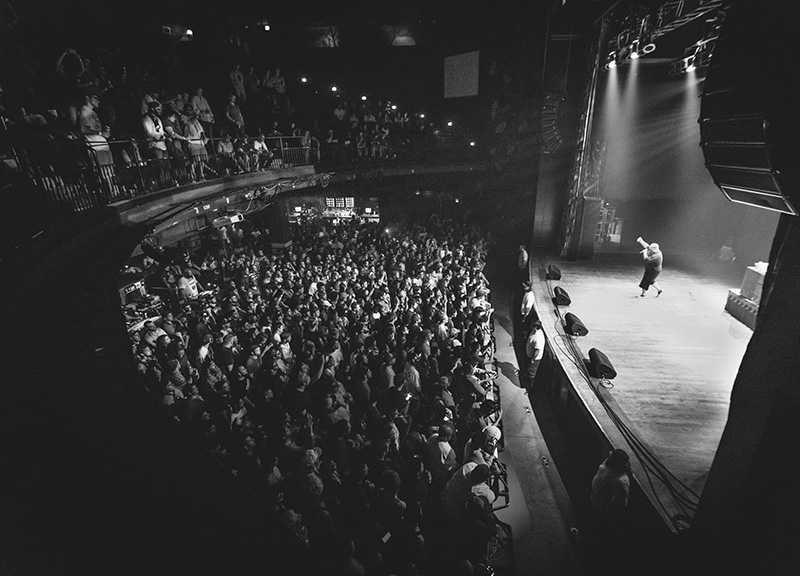