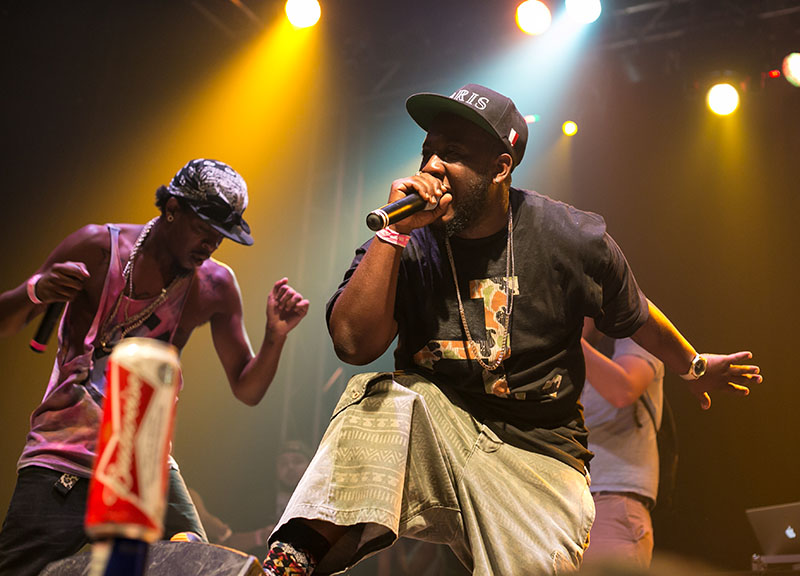 Scenes From Friday Night's Devin the Dude Show at the Granada Theater.

A Devin the Dude show in Dallas isn't too rare a thing. The storied rapper resides in the not-so-far-away city of Houston, and, practically quarterly it seems, he makes his way to the Granada for a gig.

To be fair, Devin's quite the draw around these parts — and the Granada Theater was packed at his most recent show in town this past Friday night, thus proving it — but Devin shows in Dallas have become almost so commonplace that they need a bit of a surprise factor involved. If only to rejuvenate what could otherwise become a stale routine.

And that was indeed the pitch on the theater's part leading up to this show. All week long, the venue, in promoting the show through both traditional and social media channels, announced the fact that Devin would be joined at this show by a surprise guest.

Certainly, to a degree, that tease served as some of the draw for Friday's audience, which crowded into the theater space, awash in the haze of lingering marijuana smoke that spread throughout the venue room.

Still, the crowd was remarkably unfazed and never too out of it. These fans dutifully participated in the goings-on of the entire night.

The opening acts played well their role of enabler. Local rap favorites A.Dd+ ran through a medley of smoker's anthems that included “Smoke One” from Dallas' own Mr. Pookie and tossed a track of their own into the smoker's ring when Slim Gravy jumped into “Can't Come Down” from this year's DiveHiFlyLo release. The twosome showcased a bit of a chip on their shoulders, too: Throughout their set Slim and Paris Pershun made a point to let the audience know who they've been working with — in recording in at Atlanta at Stankonia Records and working DJ Burn One — and, more than once, Slim opened a rap with a note that some critics seems to think his rapping skills are lacking. The crowd, for its part, seemed impressed.

Meanwhile, Devin the Dude had little to prove on his part. As the curtain was drawn, Devin just casually sat in front of the DJ table, taking in the audience's applause for a moment or two. He wasn't alone, no: In addition to the usual mob of onlookers surrounding the edges of the stage, Devin was joined by his Odd Squad associates, the Coughee Brothaz.

There was another guest, too, of course. As promised.

After running through a string of tracks that the crowd ate up and recited back to the rapper, Devin took a breather and called for his special guest and longtime Rap-A-Lot Records label mate to join him on stage. And, suddenly, out walks his fellow iconic Houston emcee Scarface.

For just a few minutes, and during a quick run through of some tracks that glaringly excluded “My Block,” the former Geto Boys rapper relished in his own moment as the shocked and pleased audience celebrated the quick appearance. Then, after a hug from Devin and wave to the crowd, Scarface left the stage.

It was a brief surprise, but a solid one. Maybe a telling one, too: So long as Devin keeps pulling out stops like that one, his Dallas crowd is sure to keep showing up to his many area shows. 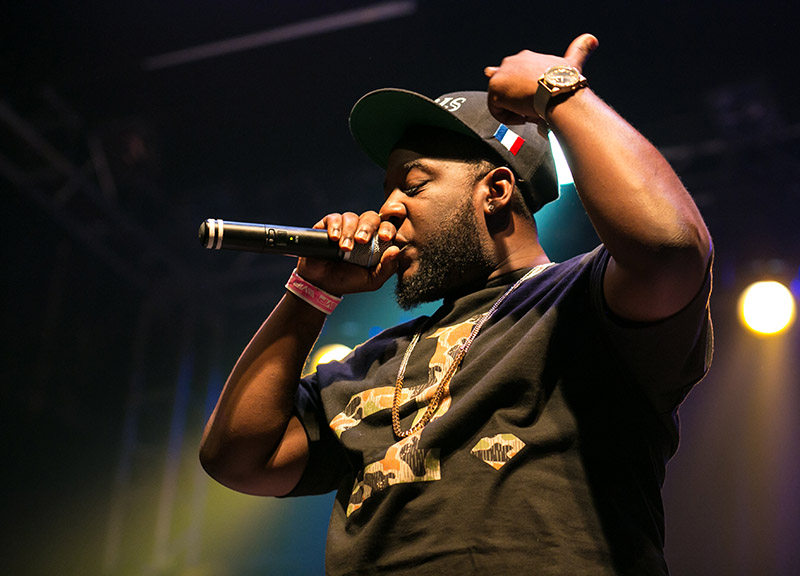 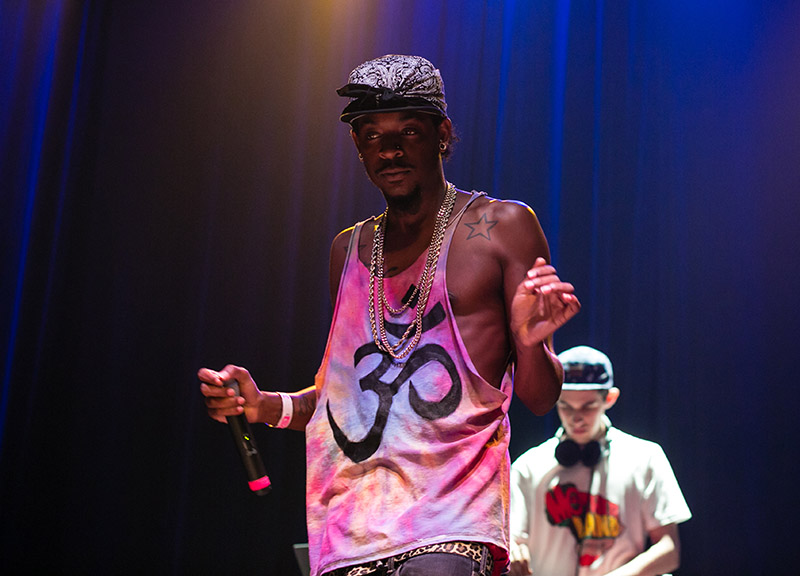 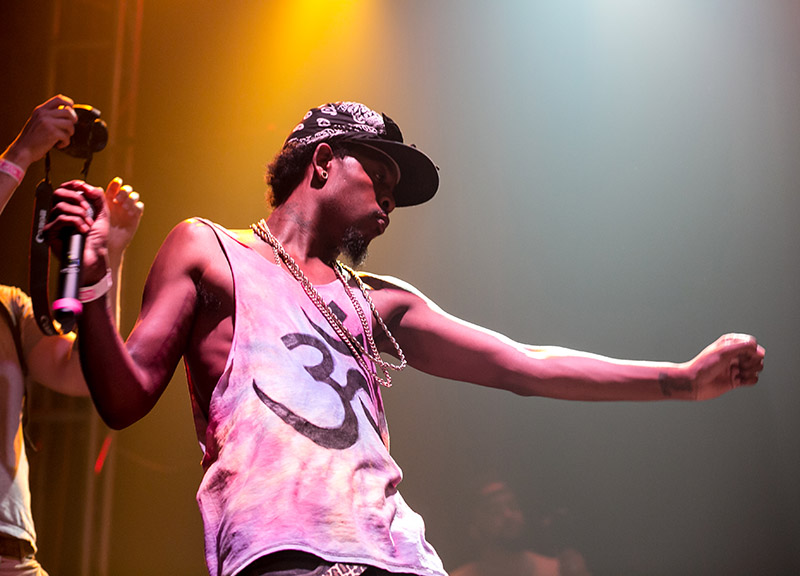 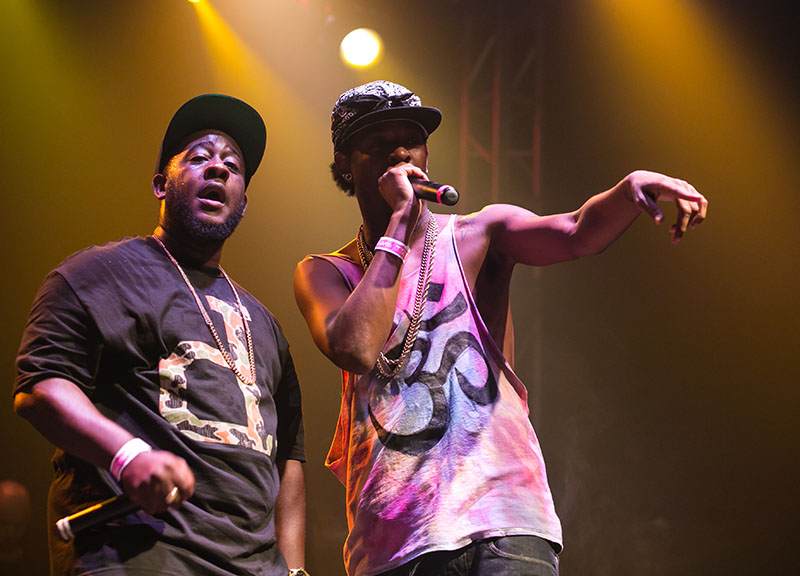 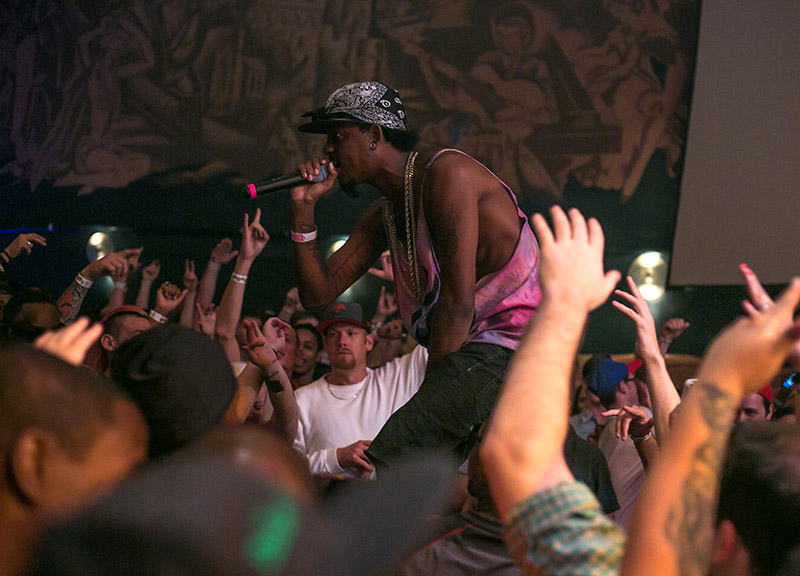 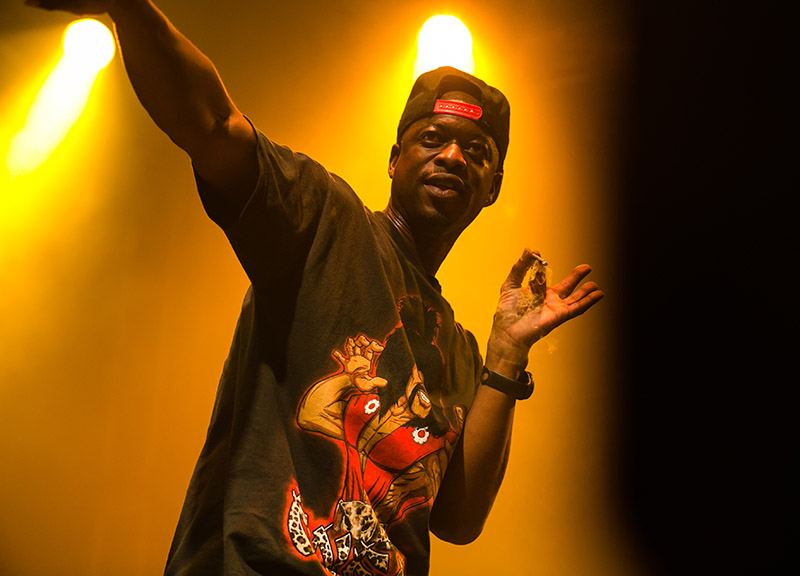 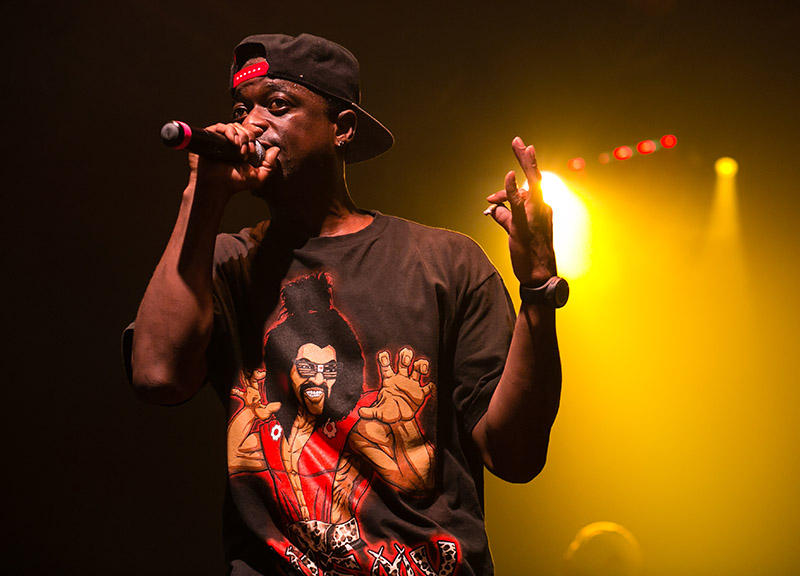 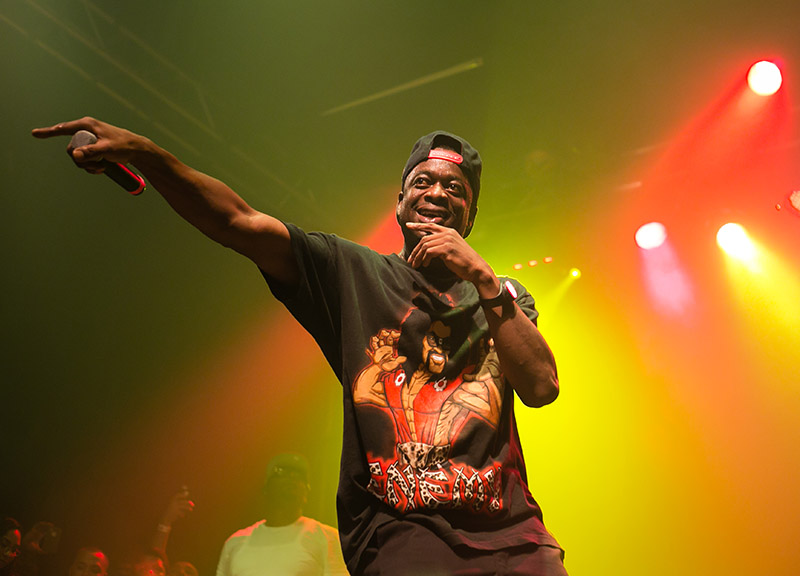 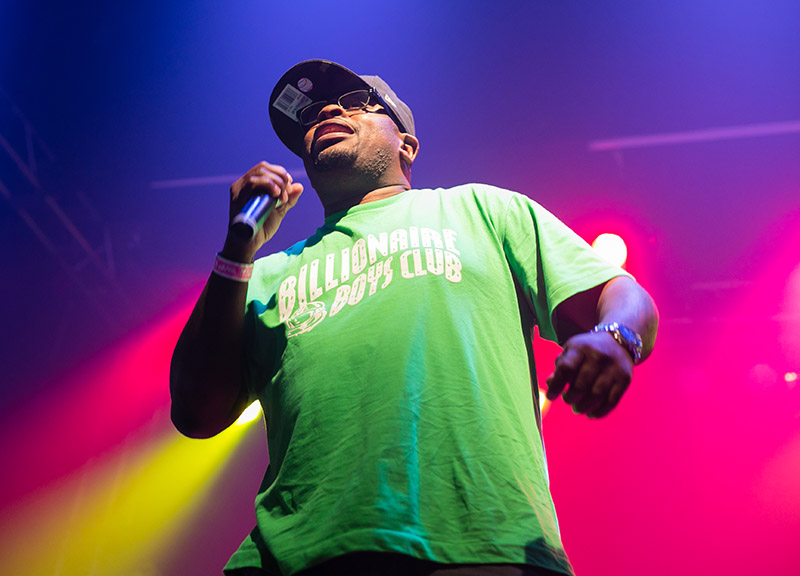 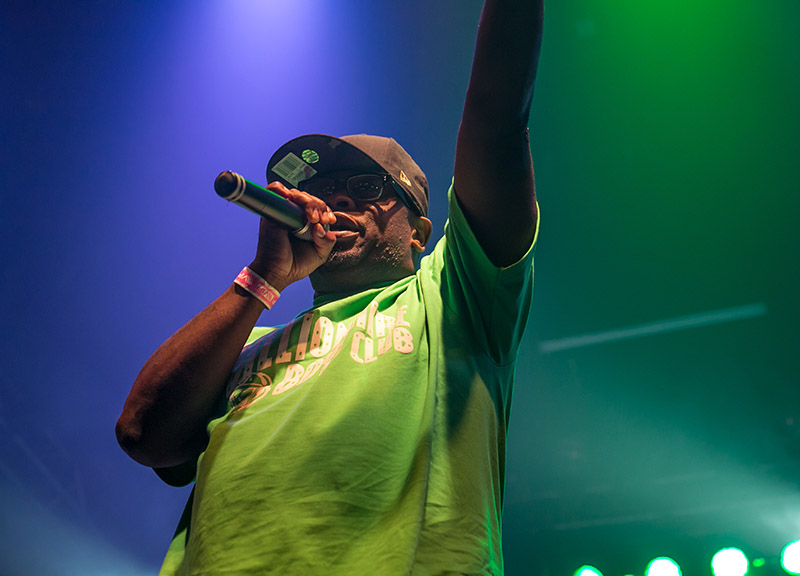 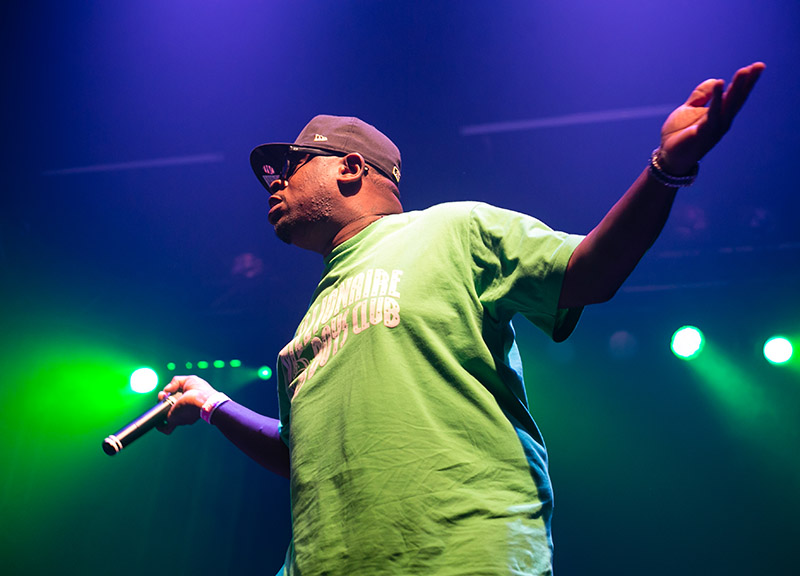 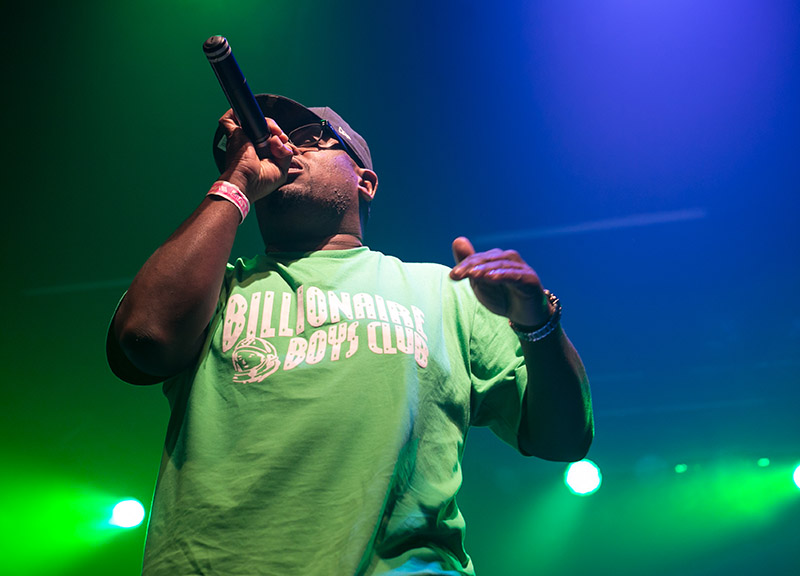 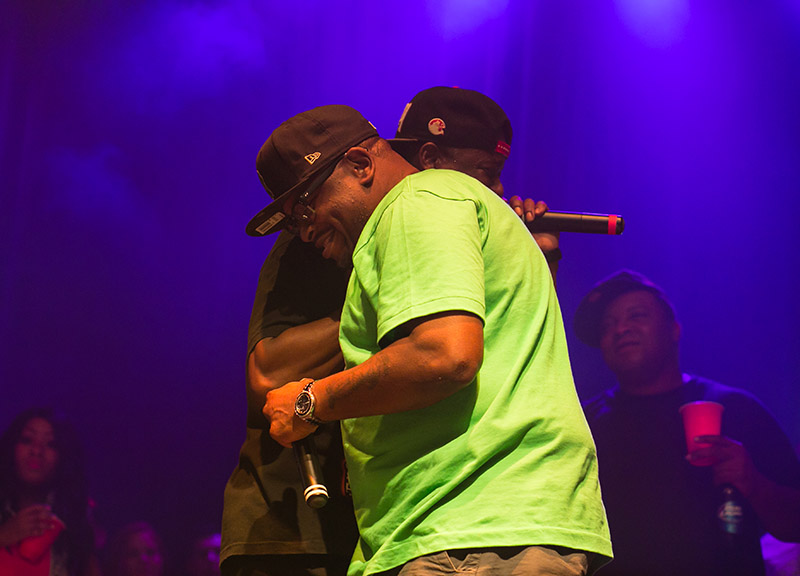 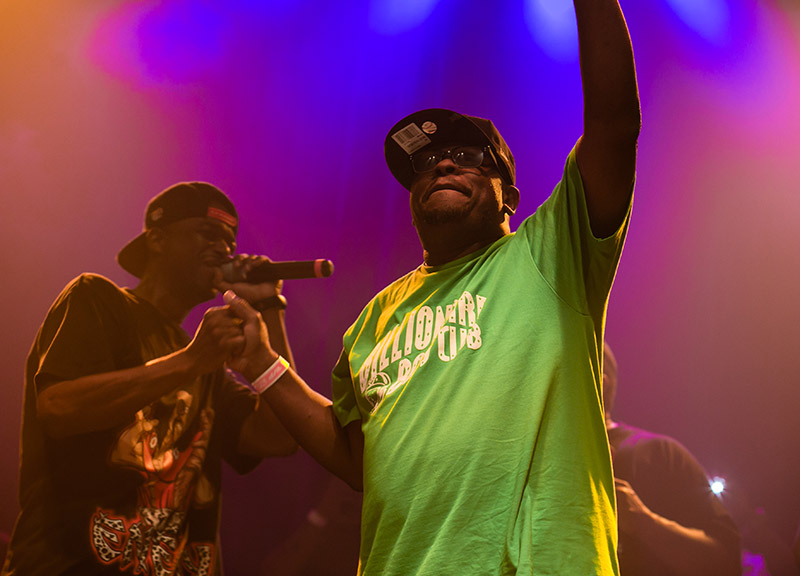 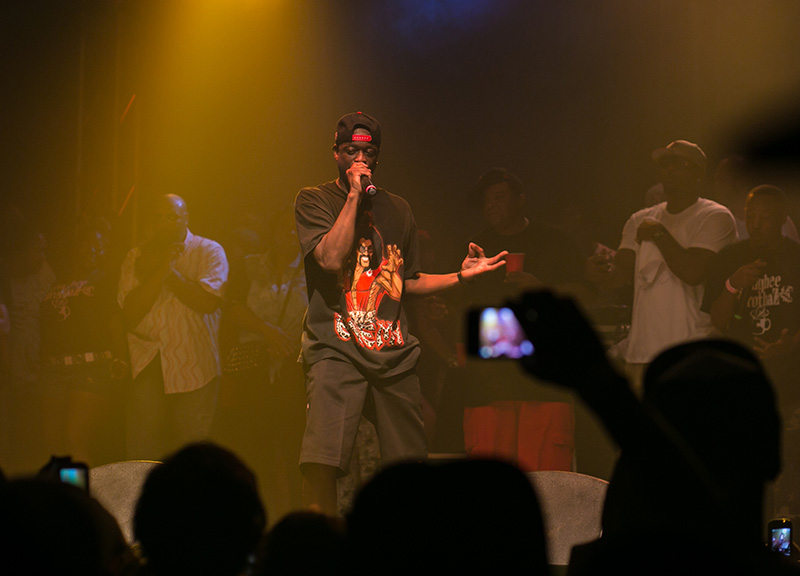 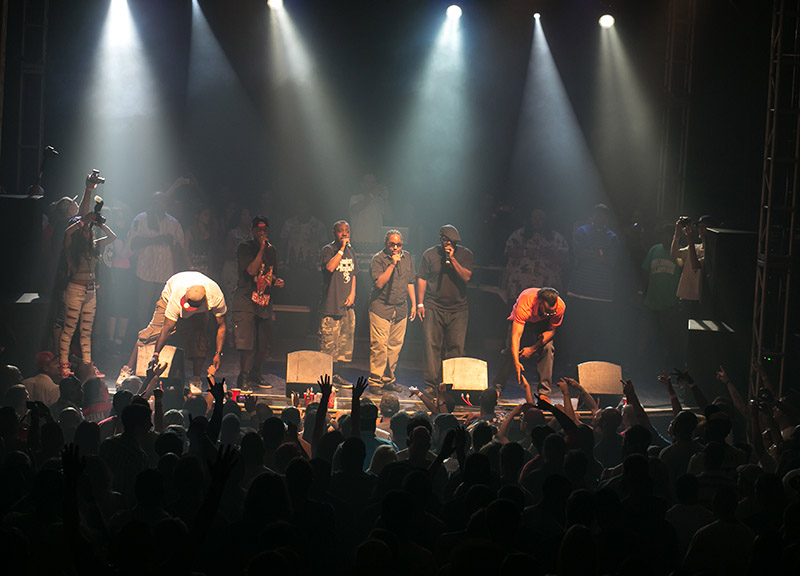