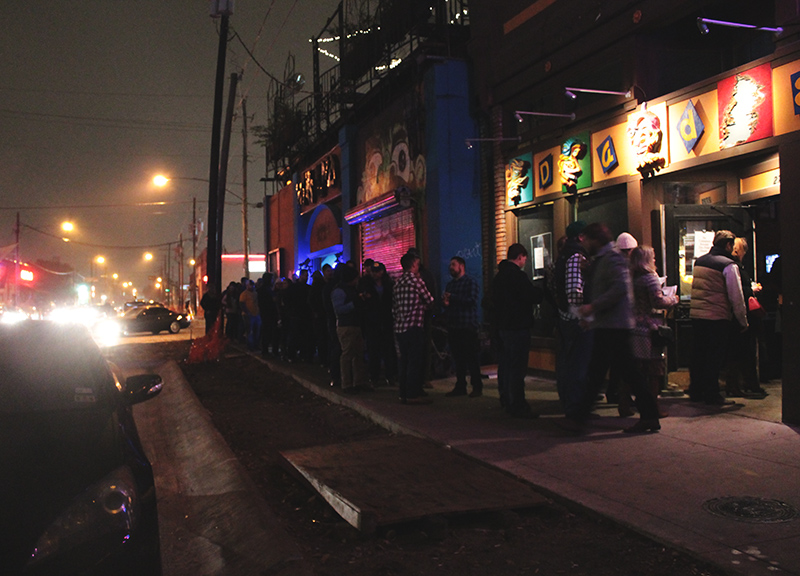 Sturgill Simpson was the hottest ticket in town this past Saturday — and, hell, maybe even the year.

When tickets for the throwback-style honky tonker’s show at Dada went on sale earlier this summer, we’re told they sold out in just a couple hours. And this, mind you, was before Simpson started really gaining traction following his recent appearance on The Tonight Show. So when a second show was added to Saturday’s offerings just hours before Simpson was originally set to take the stage, those had no trouble selling out, either. Tickets to that second show were scooped up in less than half of an hour.

Basically, everyone seemed certain heading into Saturday night’s Club Dada-hosted shows that they were in for something special. And, in turn, despite waiting in line in misty, 40-degree weather for a few hours (and in some cases only to be told they’d have to wait around another couple of hours because their tickets were for second show), everybody in attendance on Saturday night was in fantastic spirits.

Same goes for Simpson himself, who even commented on his rapid ascent from the stage a few times during his second set. After all, his last show in Dallas didn’t go so well: He told Dada’s crowd that, when he played at The Foundry across town just last year, all of 14 people showed up. Later, he lamented that, after playing music so long, he might be a little too old and jaded to really appreciate how big he’s really getting, saying that he’ll never get used to so many people asking to take selfies with him before even introducing themselves.

After watching him perform, though, it’s easy to see why so many people are excited about Simpson as an artist. From the second Simpson appeared on stage dressed in an old iron-on T-shirt, jeans and a pair of blue Chucks, it became apparent that he’s really just a genuine, aw-shucks kind of guy. And no matter how convincingly he pulls off the ’70s country sound that made Waylon Jennings and Co. the cock of the walk in those days, it’s not at put-on or gimmick he came up with to sell records.

To that point, Simpson’s live set does sound almost exactly like what’s on the record. But it doesn’t make his performance any less interesting in this setting. Quite the opposite, really. Most impressive was the way his guitarist, Laur “Little Joe” Joamets, rode the volume knob on his Telecaster to mimic the sound of a pedal steel, all the while mixing in super slick lead licks. In essence, he was playing two guitar parts at once — and it was absolutely mesmerizing. And, sure, it might be weird to think that the best country guitarist going these days might be a guy from Estonia, but Little Joe is certainly a beast.

All the same, Simpson was still the star of the show. There’s a reason Simpson’s generally regarded as country music’s savior at the moment. There’s an authentic appeal to the man and his beer-soaked Waylon-inspired songs — a quality that seems to be completely forsaken by the likes of Jason Aldean, Luke Bryan and the rest of country’s biggest names at the moment. As such, the makeup of Saturday night’s crowds featured everything from cowboys to hipsters, city folks to suburbanites and everything between. And, no matter the background, these folks all appeared compelled to gleefully sing along with Simpson all night long. From upbeat older cuts like “Railroad of Sin” to newer songs like “Life of Sin” and “Long White Line,” the crowd knew all of the lyrics and was happy to shout them out as they came. It was kind of endearing, actually.

Yeah, current single “Turtles All the Way Down” and Simpson’s cover of When in Rome’s “The Promise” were definite high points of the night’s second set, but, in reality, Simpson could do no wrong on this night.

“We should do two sets more often,” he quipped at one point. “We’re just getting warmed up.”

And even after cumulatively playing for more than three hours over the course of the night, one got the feeling that Simpson was spot on in that assessment. Had he and his band not been coming up on closing time by the end of their second set, they surely could have kept going — and pretty much everyone would’ve gladly stayed and watched them as they did.

In part, the kind of reverence came with the knowledge that this will most certainly be the last time Simpson plays a room as intimate as Dada. We heard plenty of people before the show likening Saturday night’s double-bill to catching that infamous Nirvana show at Trees in 1991, just before Nevermind turned that group into stadium rockers. And while there weren’t any fights or notable turns of drama of which to speak — by most standards, these were actually rather tame shows — Saturday night’s sets had all the makings of the kind of night that people will still be bringing up a couple decades from now should all keep going as currently is for Simpson.

If nothing else, it sure felt that way for the 800 or so people fortunate enough to make it into the shows. The overriding sentiment on this night was that we were all just lucky to be there. 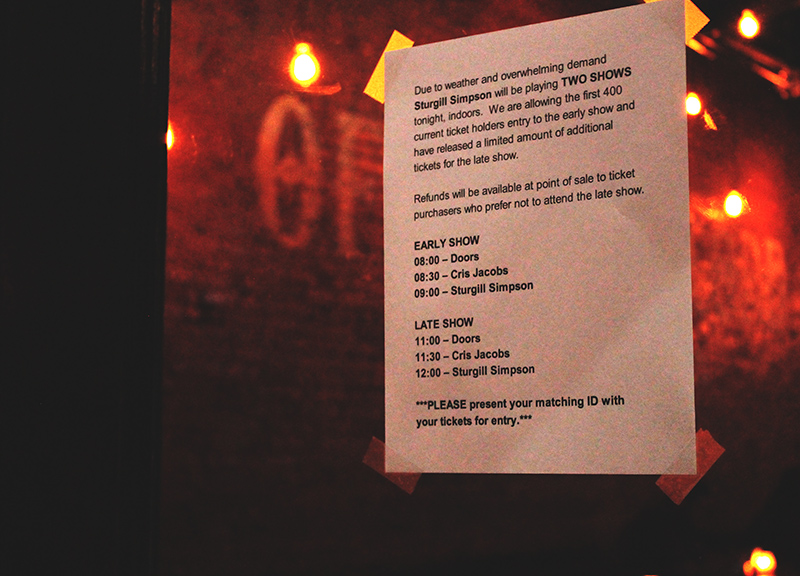 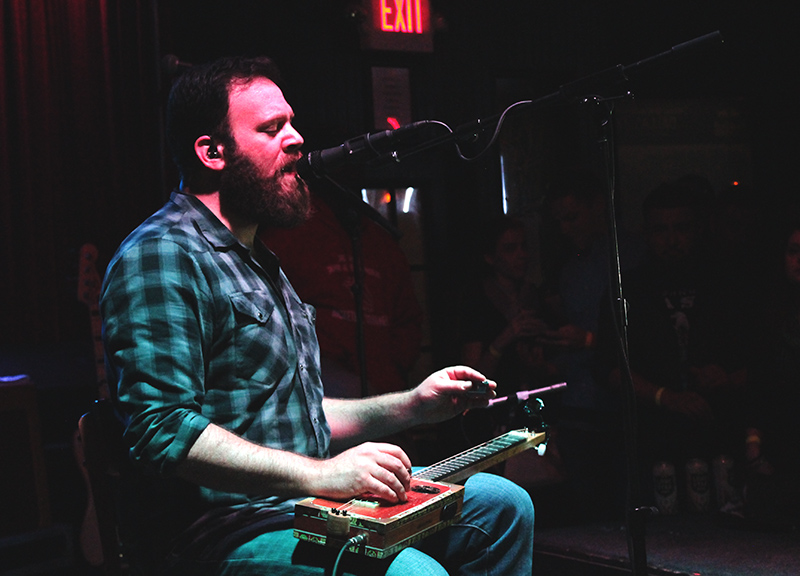 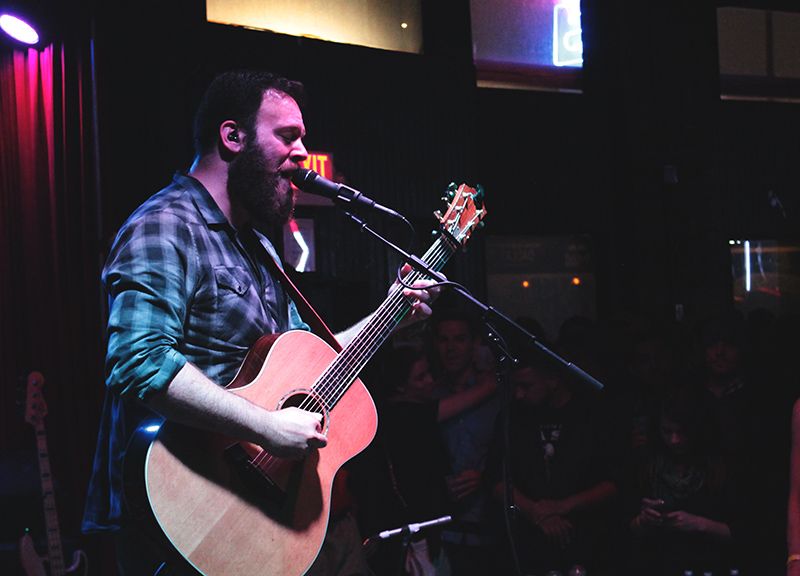 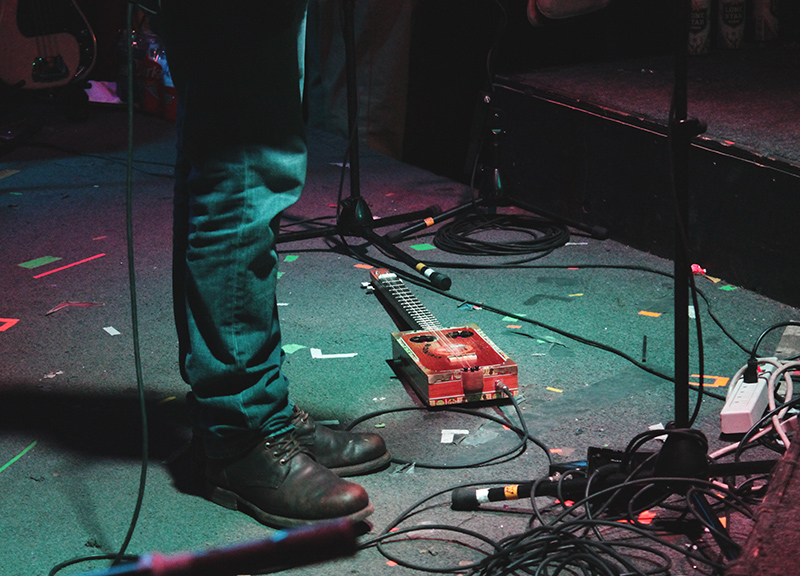 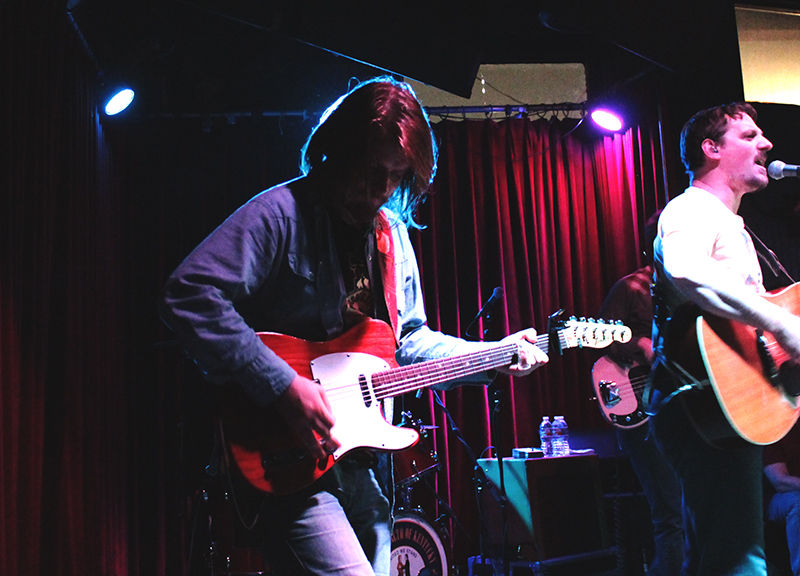 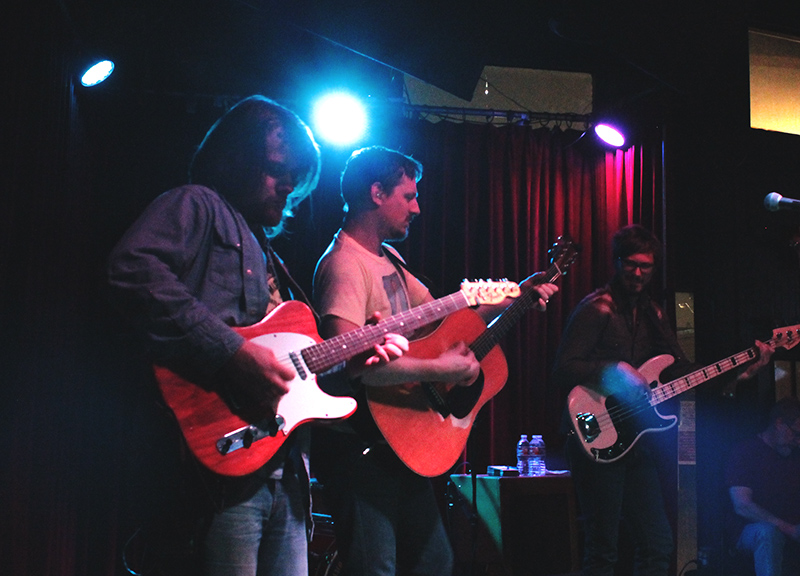 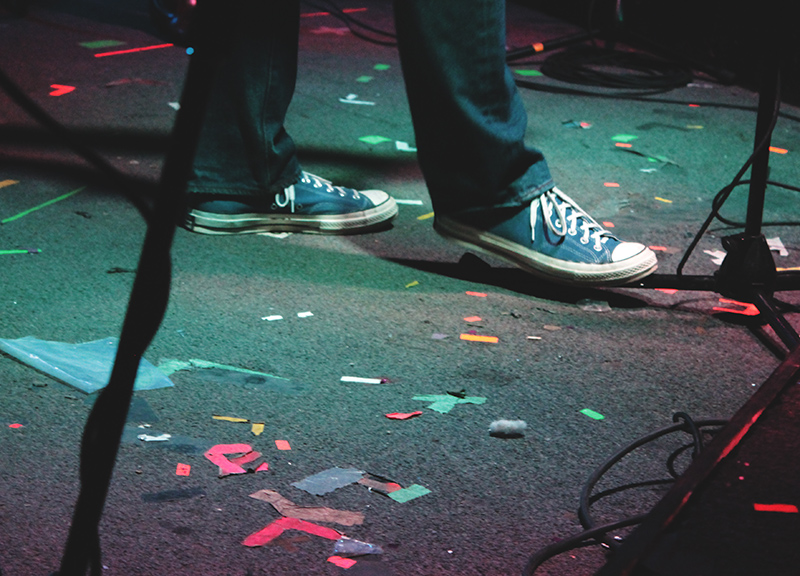 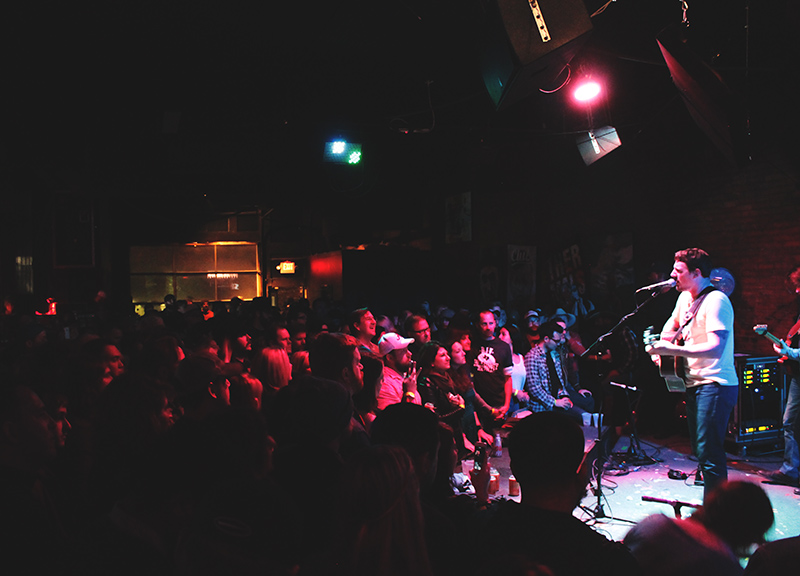 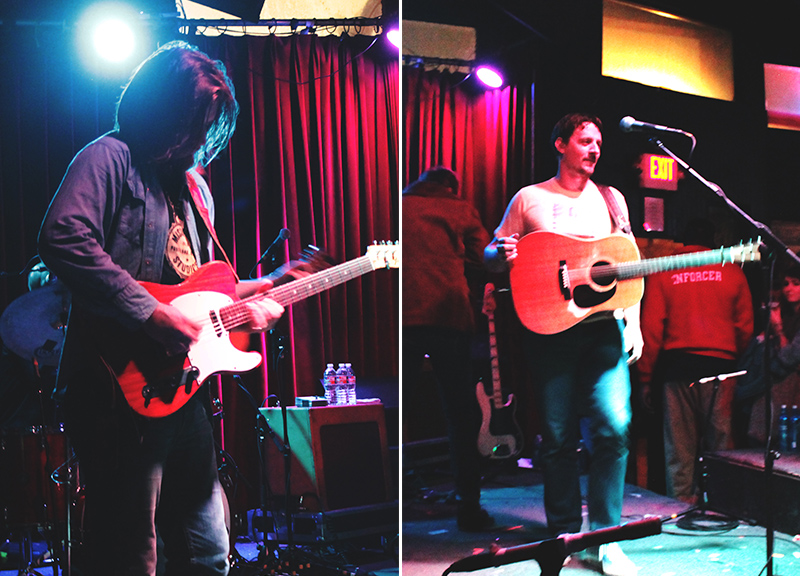 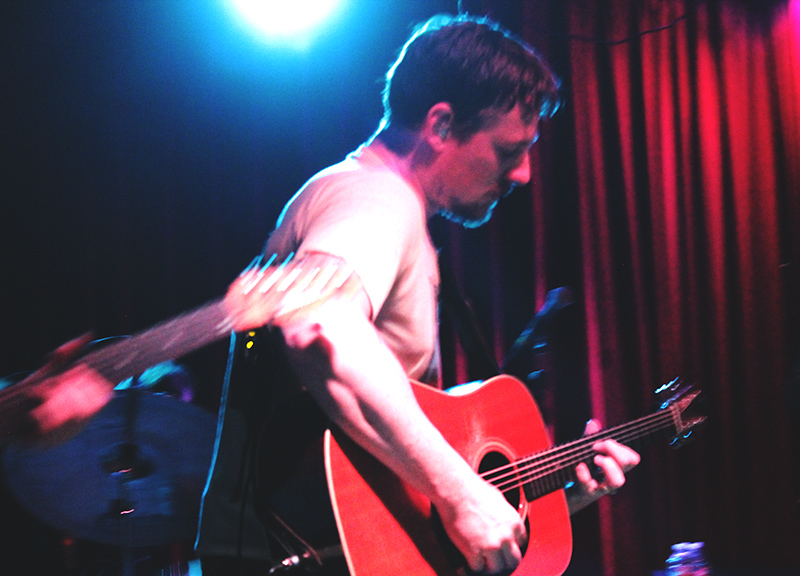 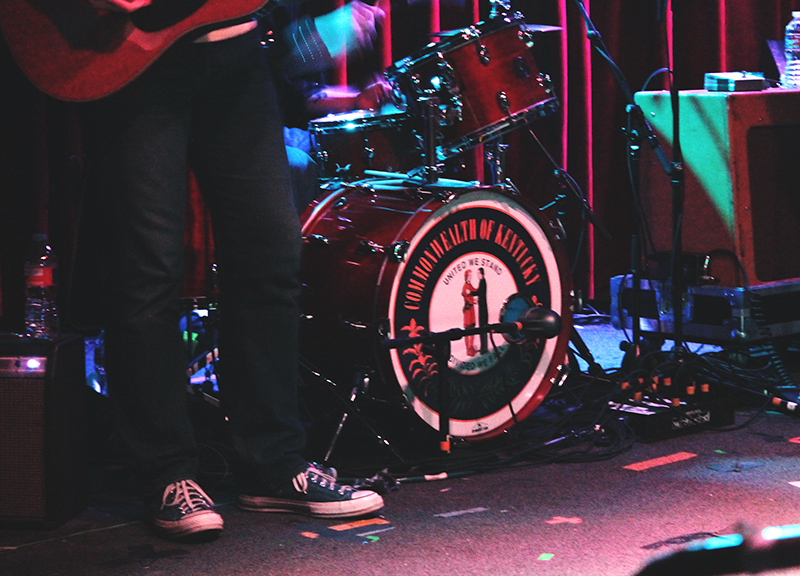 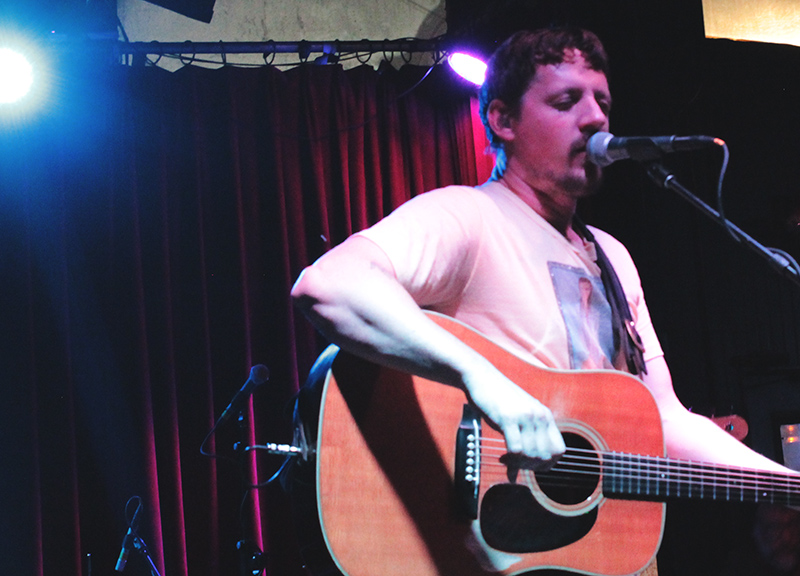