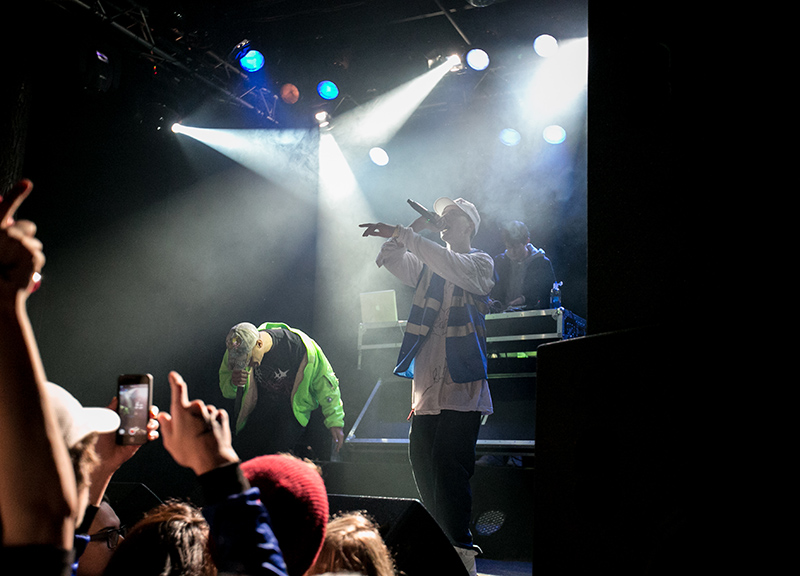 The minute we woke up to discover the dense layer of foggy mist looming over Dallas, we knew it: The Sad Boys were in town.

Before heading to Trees last night to watch the outfit and its downtrodden leader Yung Lean perform, though, we really had no idea what to expect from the Swedish band's live offering.

Well, OK, that's not entirely true. I mean, we did have some sort of idea that it would probably be a younger crowd. And indeed, like Lean himself, the makeup of the crowd was mostly high school-aged. We also had a pretty good idea that the show would attract a demographic that closely follows that Internet-savvy trend that Yung Lean's empire is built upon. To that end, we counted eight bucket hats, two girls with French braids and one straw safari hat.

Of course, that says little of the actual music that was happening onstage. Beforehand, we really weren't sure how Yung Lean's mumbled, angsty, auto-tuned lyrics and hazy, other-worldly, digitized beats would hold up live. Sure, they manage to sound decent enough in his self-produced YouTube videos to reel in millions of views, but could it necessarily translate to a live audience?

After a lot of thinking, I'll say this: It actually came across pretty well!

But it did require some thinking to arrive at that conclusion. Let's recap that thought process:

First of all, if you don't know much about Yung Lean and the Sad Boys crew, here's a brief insight: Yung Lean, born Jonatan Leandoer Håstad, is an 18-year-old rapper from Stockholm, whose dark, emotional songs about drugs, love and the quote-unquote gangsta life garnered him astounding popularity in the American market. His fellow Sad Boys, which include Yung Sherman and producer Yung Gud, are as essential to the equation as the trailblazing Håstad himself.

After last night's show, however, it was obvious why, out of the bunch, it's Yung Lean who has been the one booking studio sessions with some of the biggest figures in music, including Travi$ Scott, Charli XCX and Diplo.

The point is, Sad Boys Entertainment has created quite a hype in the young folks circuit, which would explain why shortly after Trees opened its doors at 7 p.m., the front of the stage was already packed with eager fans. Unfortunately, these fans would have to wait a grueling two hours before any action appeared on stage. At 9:04, the curtains pulled back to reveal Lean's openers and fellow Swedes in Gravity Boys. All the pent-up energy in the crowd was released as soon as the two rappers on stage beckoned them to jump up and down and chant “Hey!” on the beat. But that was just about as much as they did. The background music was loud and there at times were some recorded auto-tuned verses that stuck out. But, for the most part, the Gravity Boys were more like hype men than rappers. The short 20-minute set they played was alright enough. But if it was supposed to be an indication of what to expect for Yung Lean's performance, everyone in the room had reason to be nervous.

Luckily, these fears were unfounded.

After another painfully long pause — a full 30 minutes this time, to be exact — a videographer peeked out from behind the curtains, filming the front few rows of fans going wild for what they had for so long been waiting. The crowd at either end of the stage then pulled the curtains back themselves, and pretty much every cell phone — and even a tablet! — was hoisted into the air ready to catch Yung Lean's arrival.

Quickly, he came running to the front of the stage, waving his arms side to side and shouting some indiscernible lyrics that it seemed at least the audience knew as they mirrored him and sung right along back his way.

Right from the start, it was clear that whatever Yung Lean was about, it wasn't some sort of joke, like it had seemed with some of the other Sad Boys on stage whose pants were so baggy that they almost inhibited them from walking. No, it was different with Lean. His stage presence was right up there with any other rapper on the rise: He moved across the stage: he touched the hands of the crowd; he smoked their joints when they passed it to him; he spat every rap with determination and accuracy (although he could work on his annunciation some). And while he might be “sad,” he had an effortless confidence about him.

Somehow, tucked away in the dark, cold winters of Scandinavia, this young aspiring rapper has tapped into American gang culture and made a name for himself. And that takes some skill.

Yung Lean's set made up for all the waiting time, clocking in at a full hour of tracks from both his official and unofficial releases, including his latest, Unknown Memory 2002. Though most of the time we were lost in the drowning sound of his auto-tuned story-telling, we can confirm that hits such as “Yoshi City,” “Motorola” and “Kyoto” were also performed.

And for the grand finale it was — what else? — but his single “Ginseng Strip 2002,” a song that captures the epitome of the Sad Boy conflict but also instills a strange sense of hope that these sad young men are not alone. No, their fans are devout and the word about Yung Lean is catching fire quickly across the music industry.

It may not make the most sense to us yet, granted. But we nonetheless feel lucky to have caught this Sad Boy in the flesh, and on what many are predicting to be the upstart of a promising career.

At this point, we're inclined to agree with that notion. 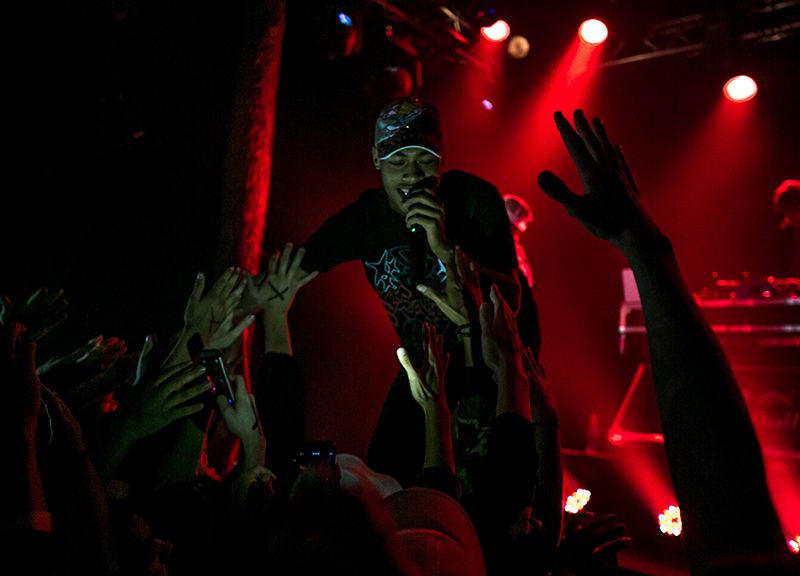 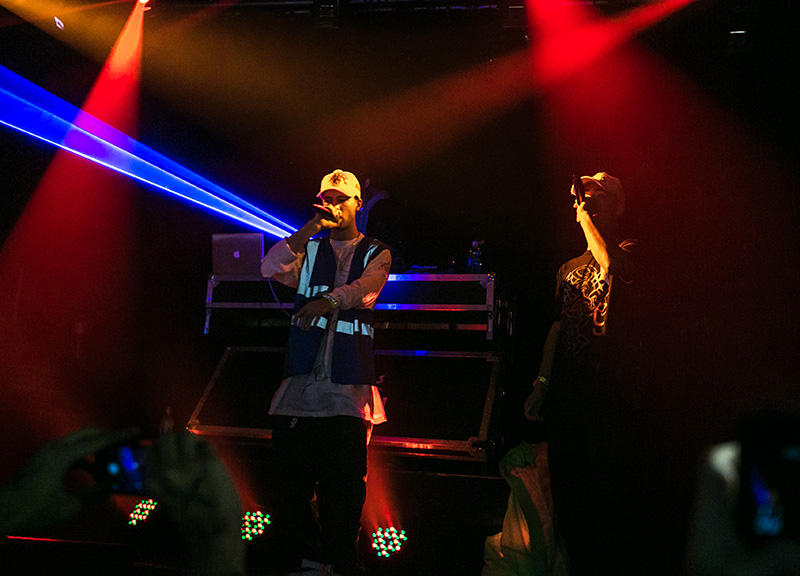 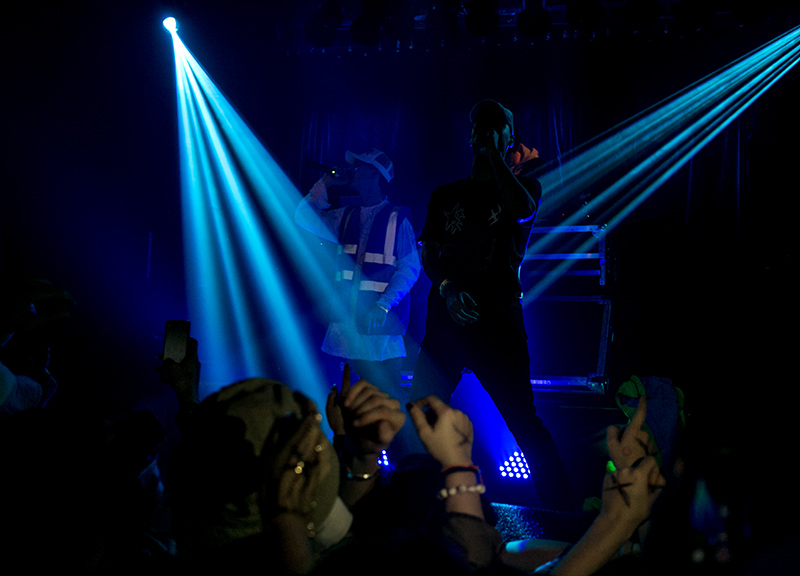 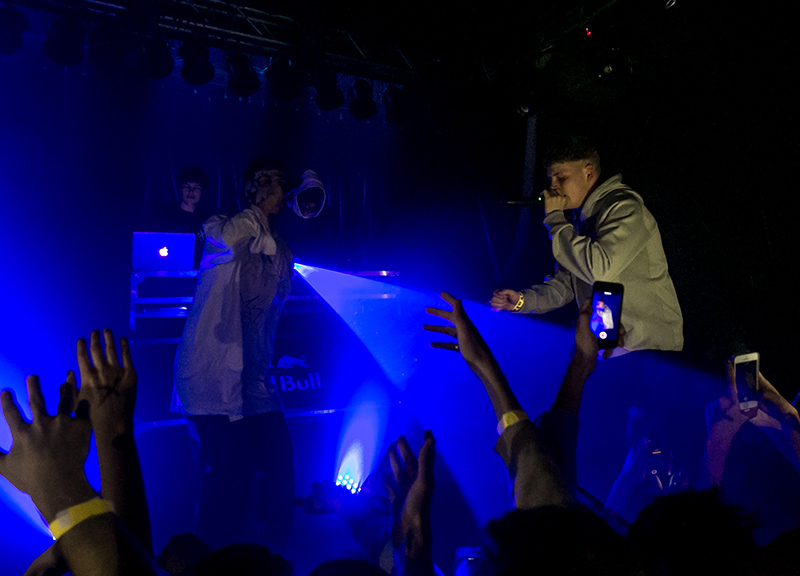 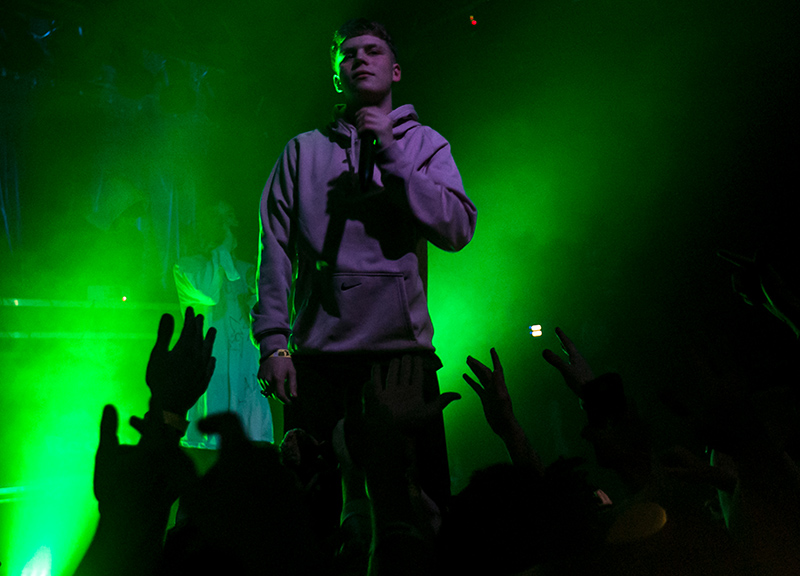 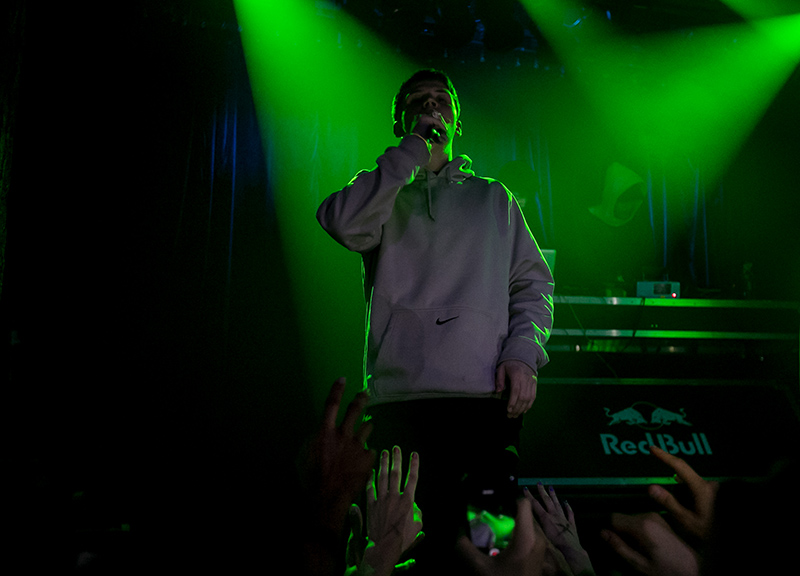 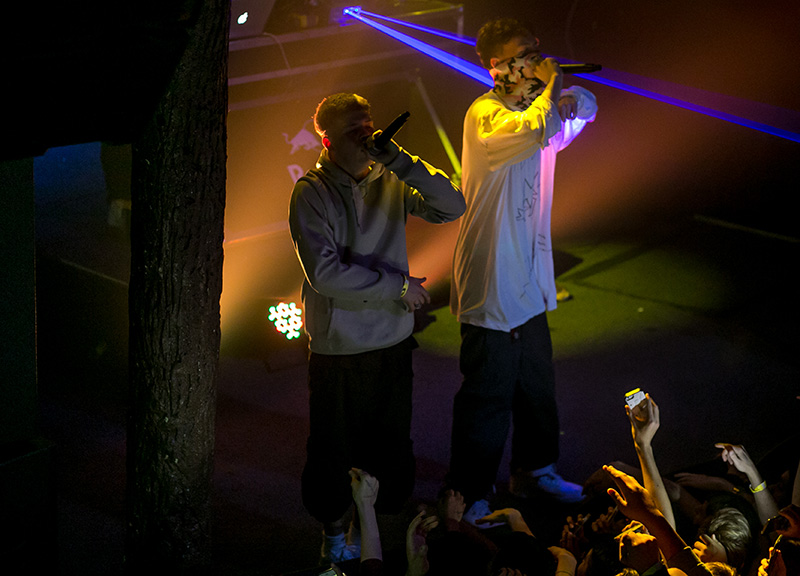 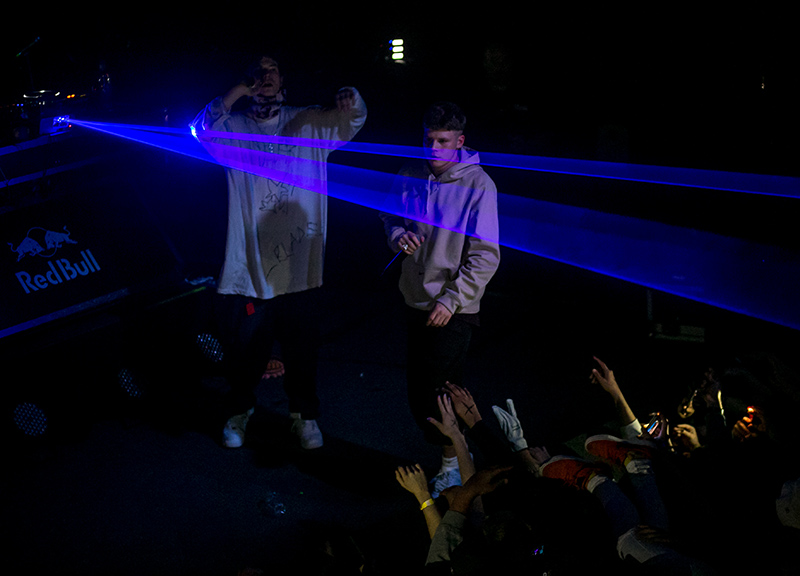 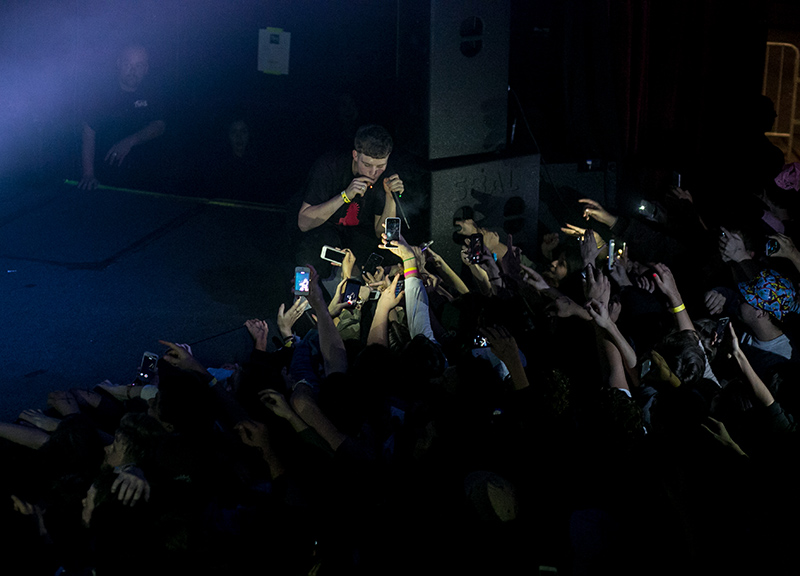 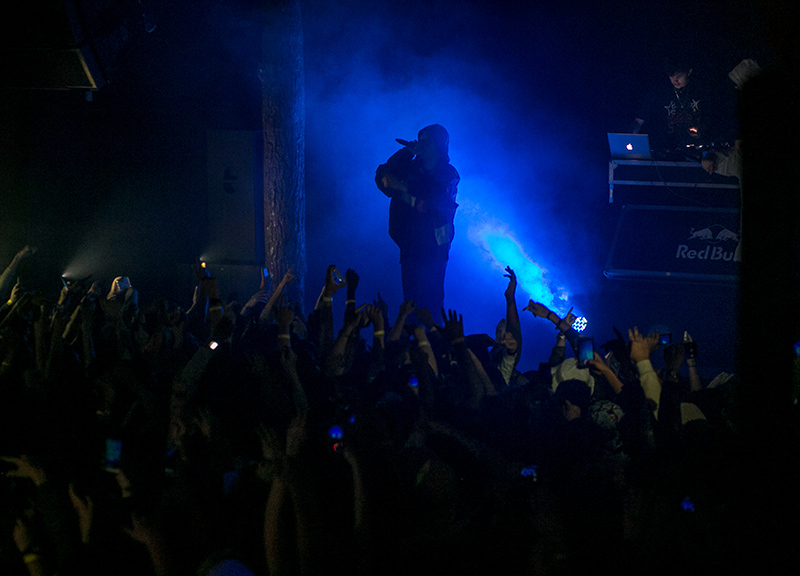 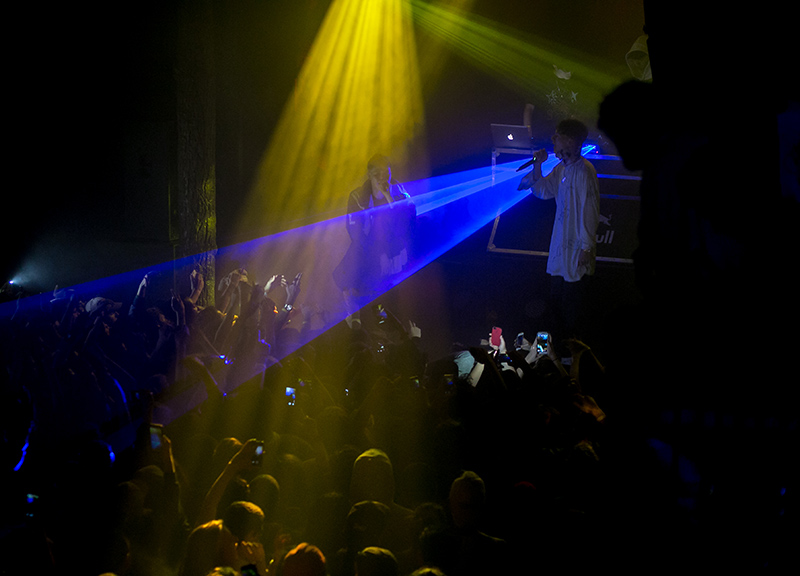 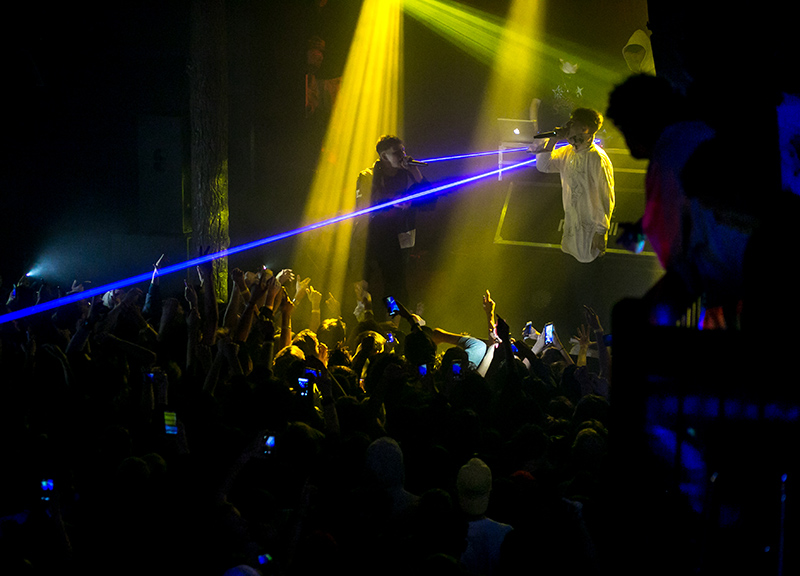 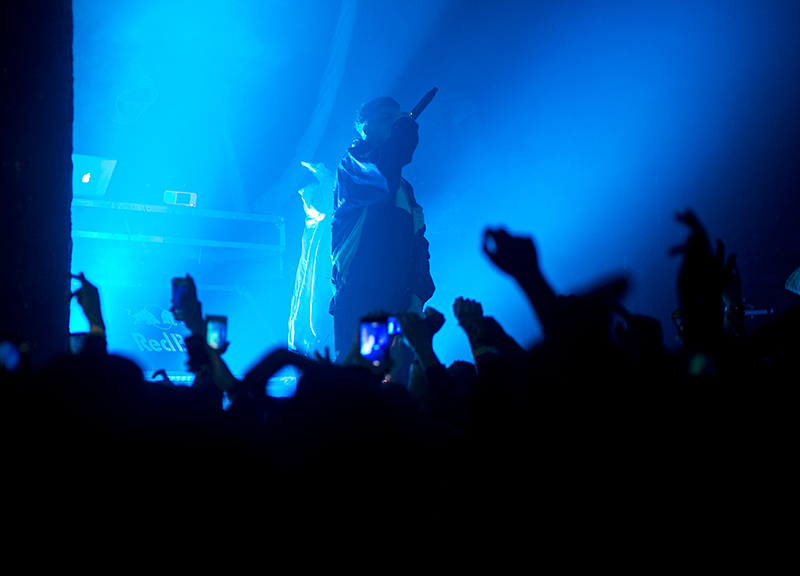 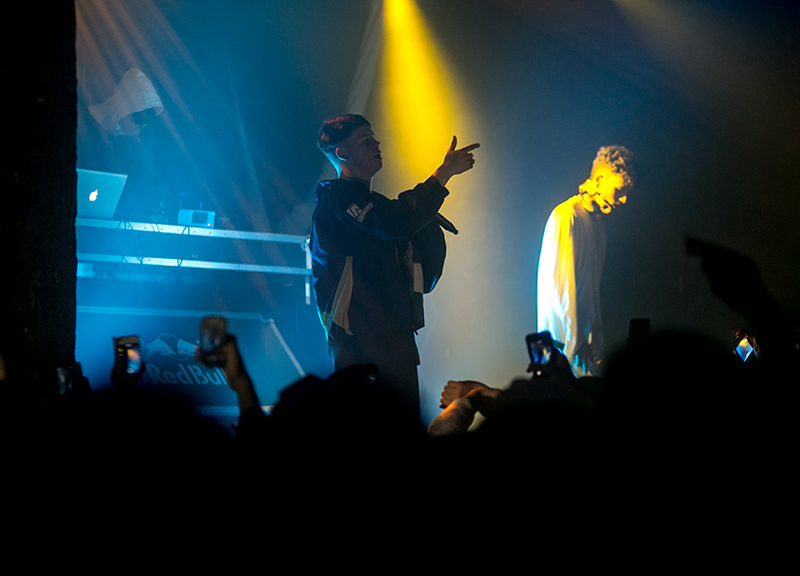 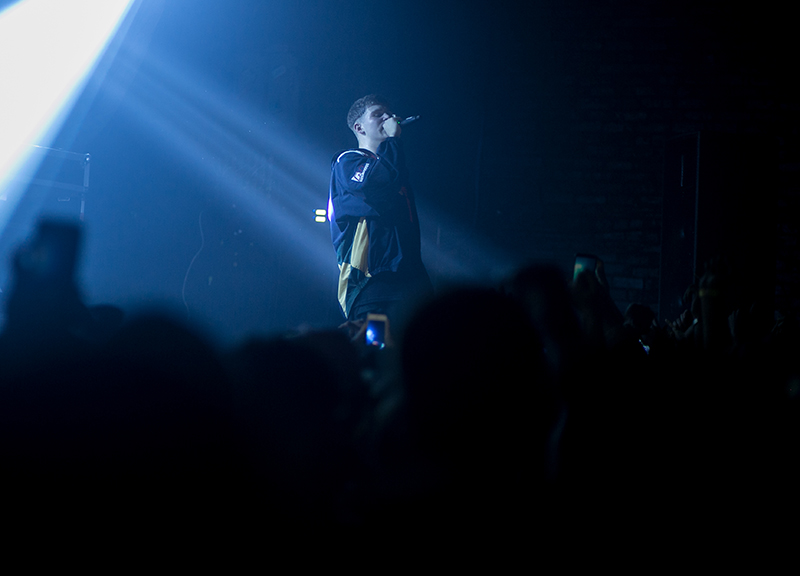