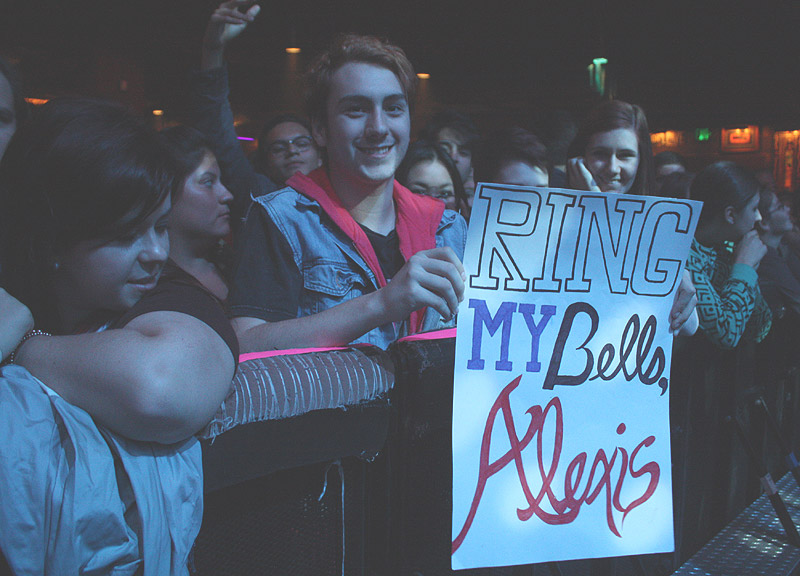 Last Night at the House of Blues, Sleigh Bells Rang and Everyone Was Listening.

The House of Blues does not tolerate mosh pits, fighting or smoking.

Do any of these things and, well, good luck explaining your story to security. Signs explaining these rules are posted on either side of the stage in the main room. And yet there was most certainly a mosh pit during last night's Sleigh Bells show at the venue. And deservedly so.

Sleigh Bells guitarist Derek Edward Miller, joined by second guitarist Jason Boyer (for extra amplification, duh), opened the show on a dark stage. But, even in the black and before any music was played, an enthusiastic high five between the two still caught the eyes of the crowd.

Everyone went wild. And the high energy in the room only heightened as the two started off the set by trading high-pitched guitar sounds. Immediately, it was clear: This was going to be a powerful performance.

Then entered female lead Alexis Krauss. Krauss quickly set the crowd on fire with her elegant vocals, her forceful head-banging and her animated dancing around the stage.

Her energy was impressive to say the least. She egged on the crowd — to sing along, to clap to the beat, to dance (read: mosh) — with a big smile on her face the whole time.

All this while the crowd's ears were being blasted by the band's token brand of full-on distortion.

The whole night was filled with sensory overload, really. The lighting was flawless. Perfectly on-cue blasts of white light ignited the sound and excited the crowd all night long.

Really: How could the audience not incite a mosh pit with showmanship like this going on before their eyes?

In the end of it all, Krauss herself took to the mosh pit and even shortly crowd-surfed. After playing “A/B Machines” as a final encore, Krauss profusely thanked her admirers, even taking a second to plant a couple of red-lipsticked kisses on one fan's handmade sign.

The show was short — as are their songs, so be it — but sweet. But it owned. 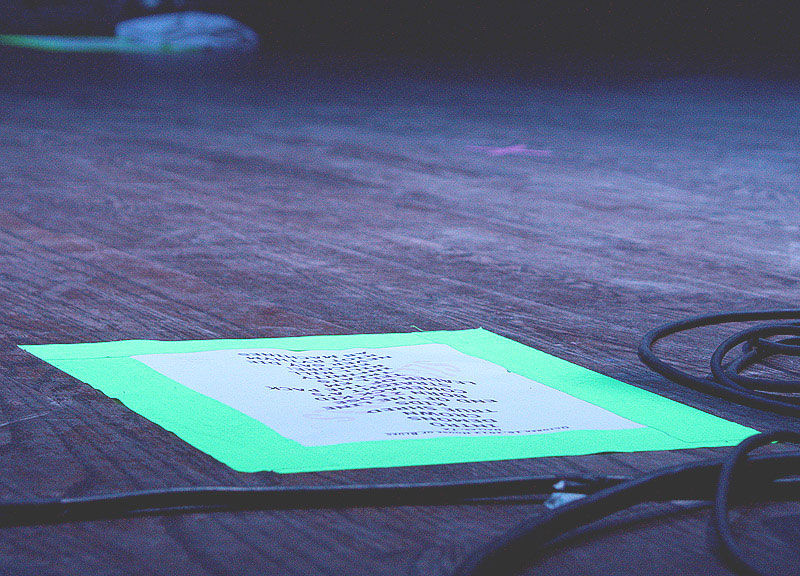 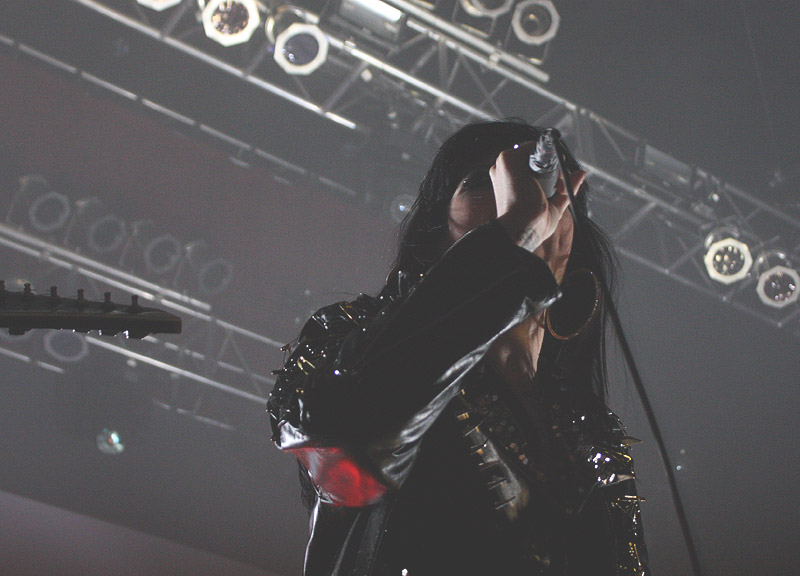 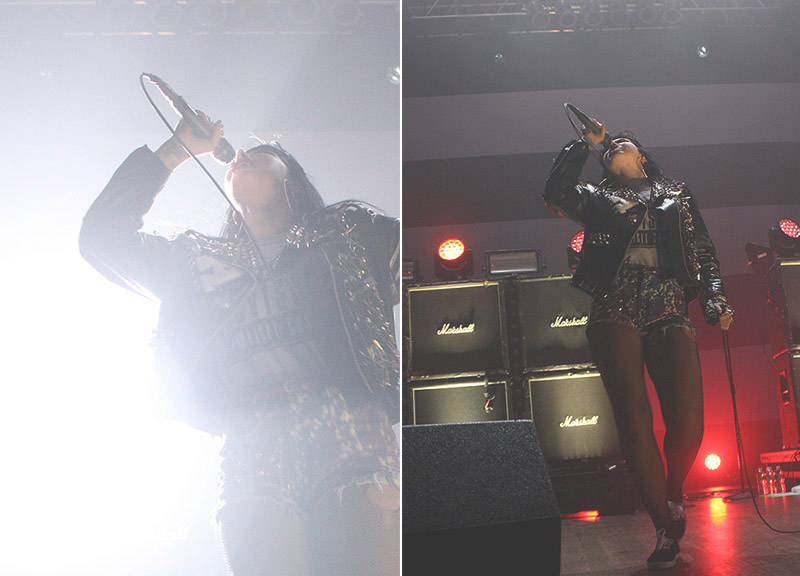 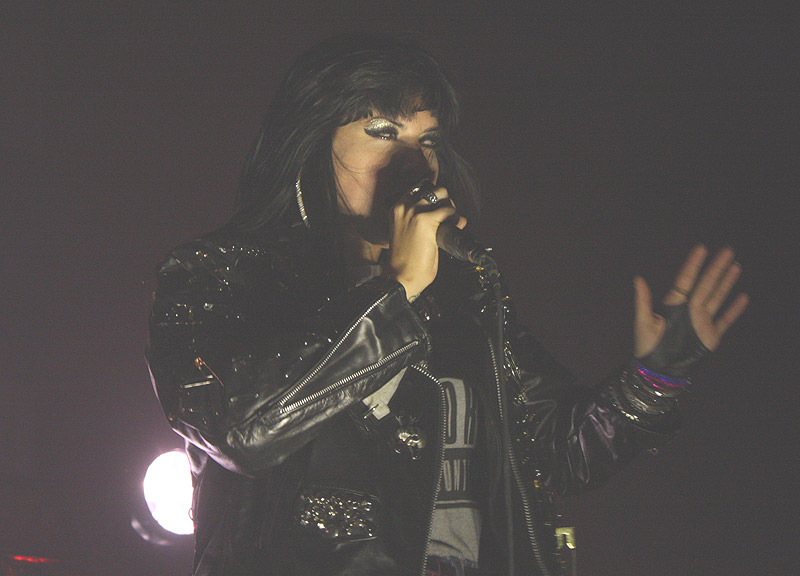 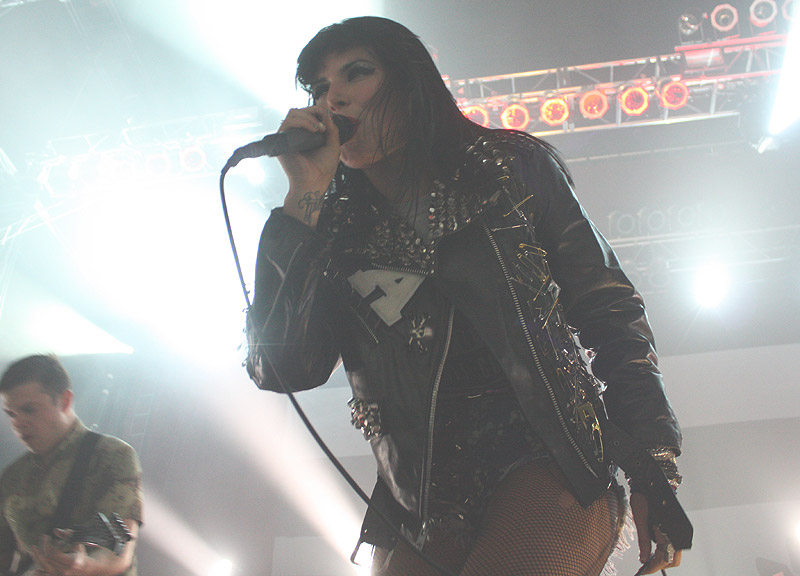 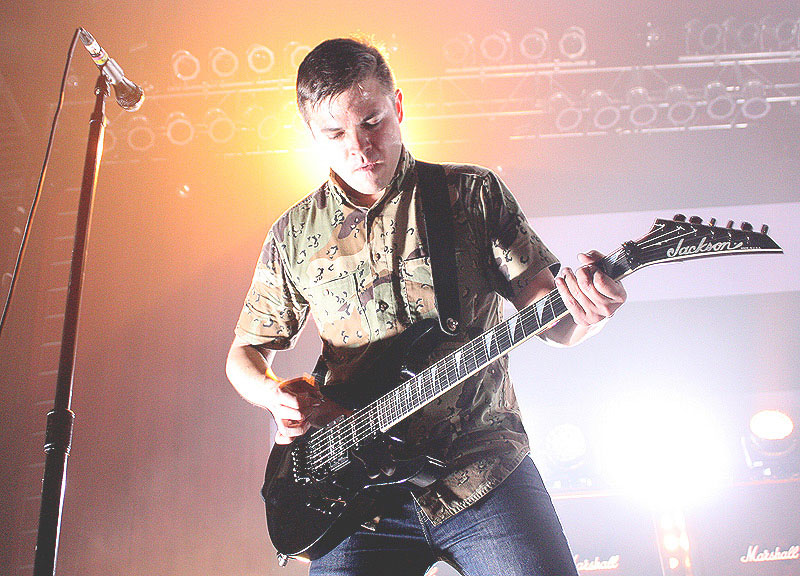 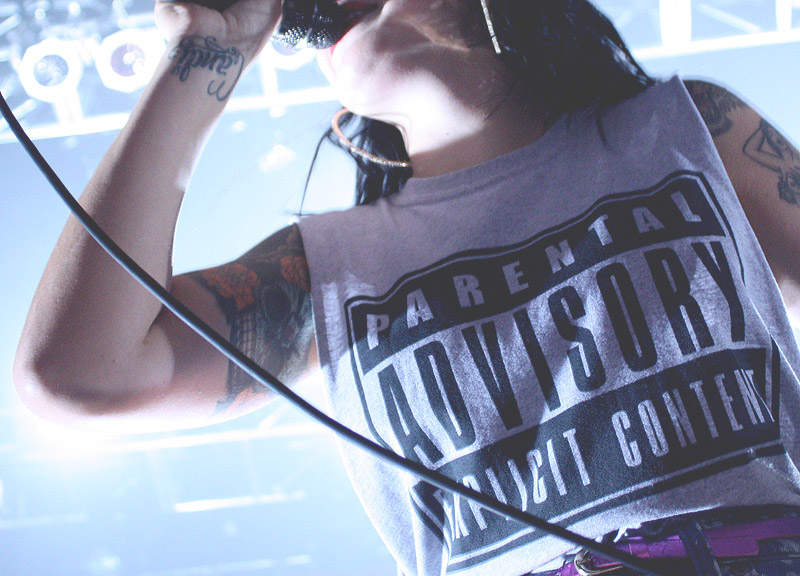 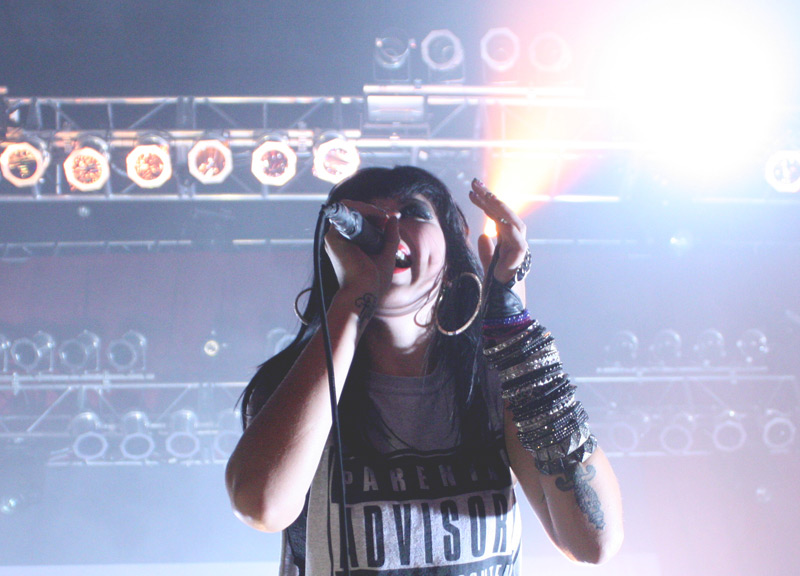 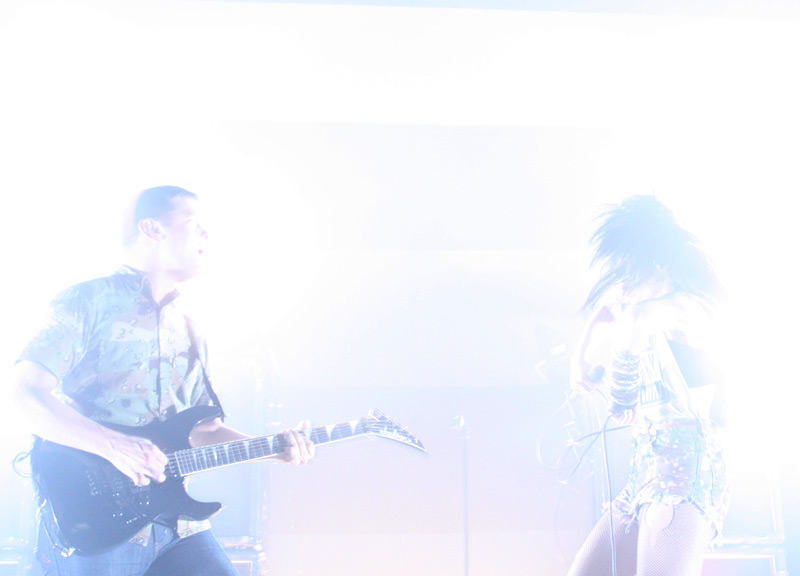 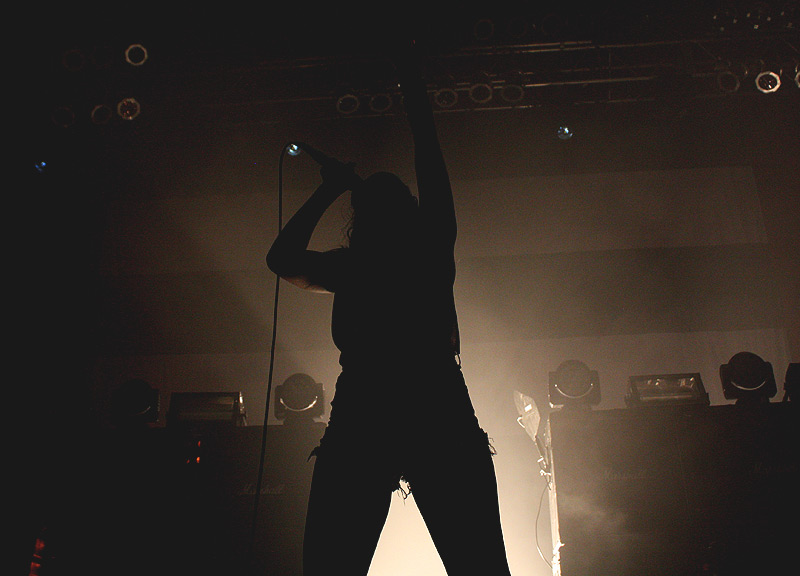 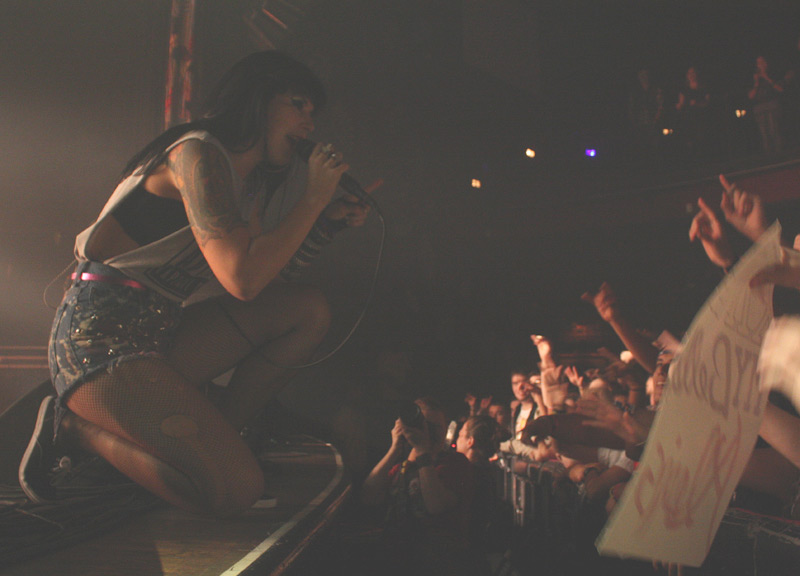 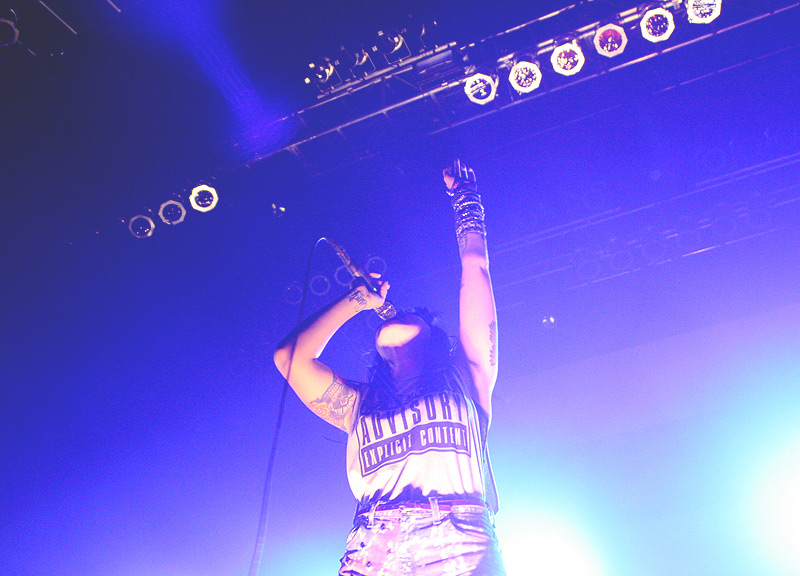 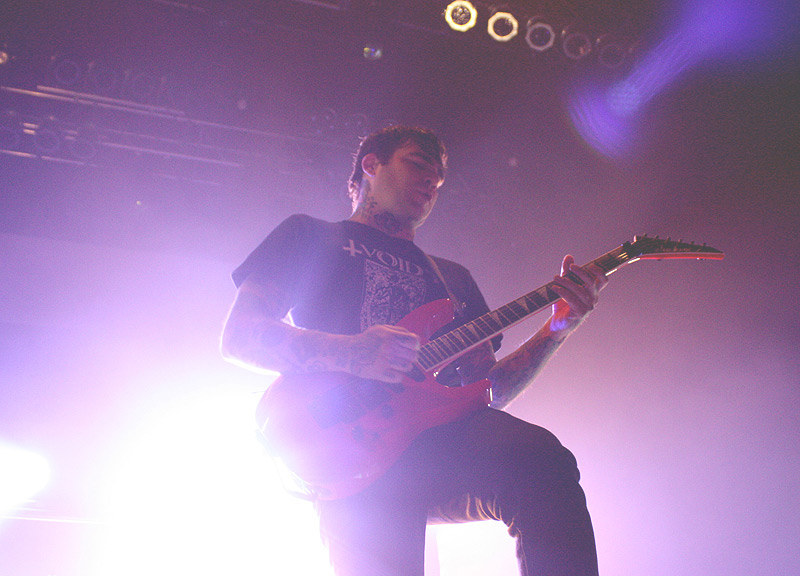 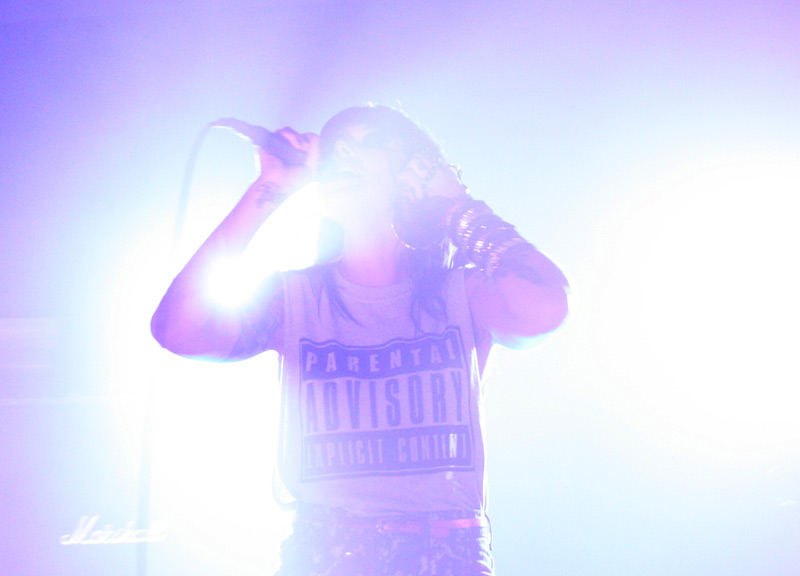 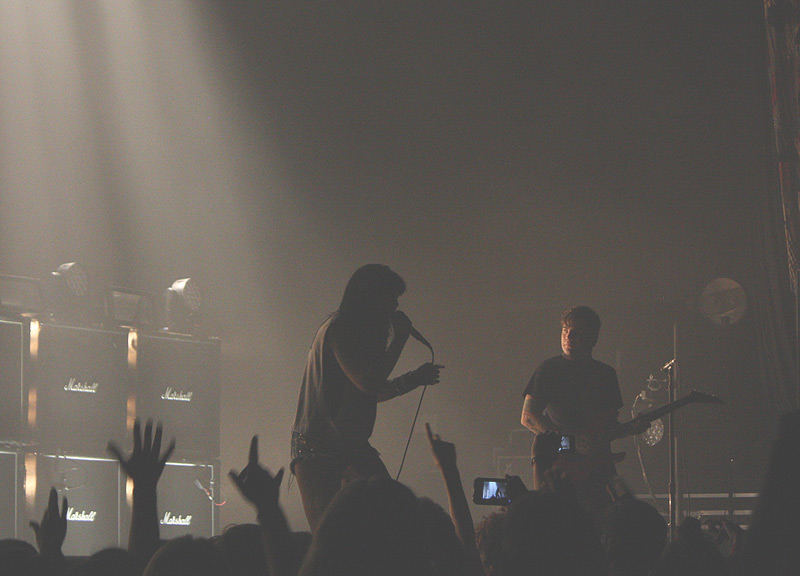 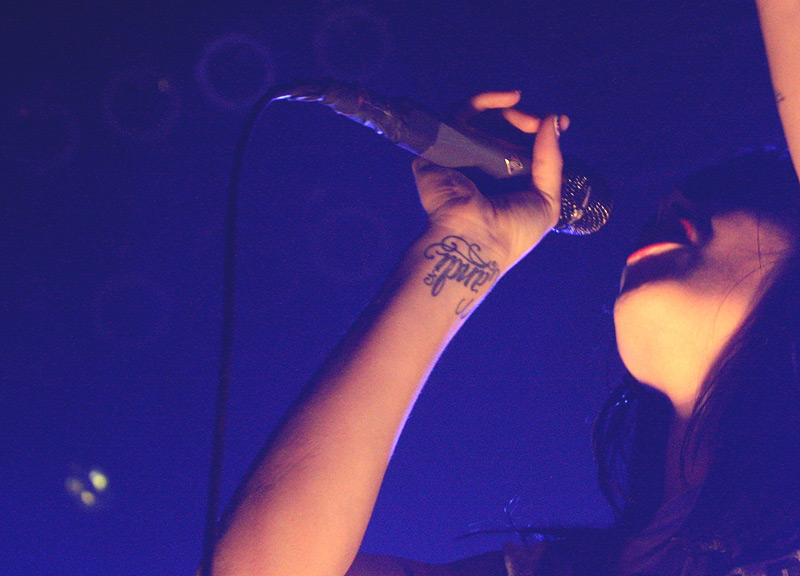