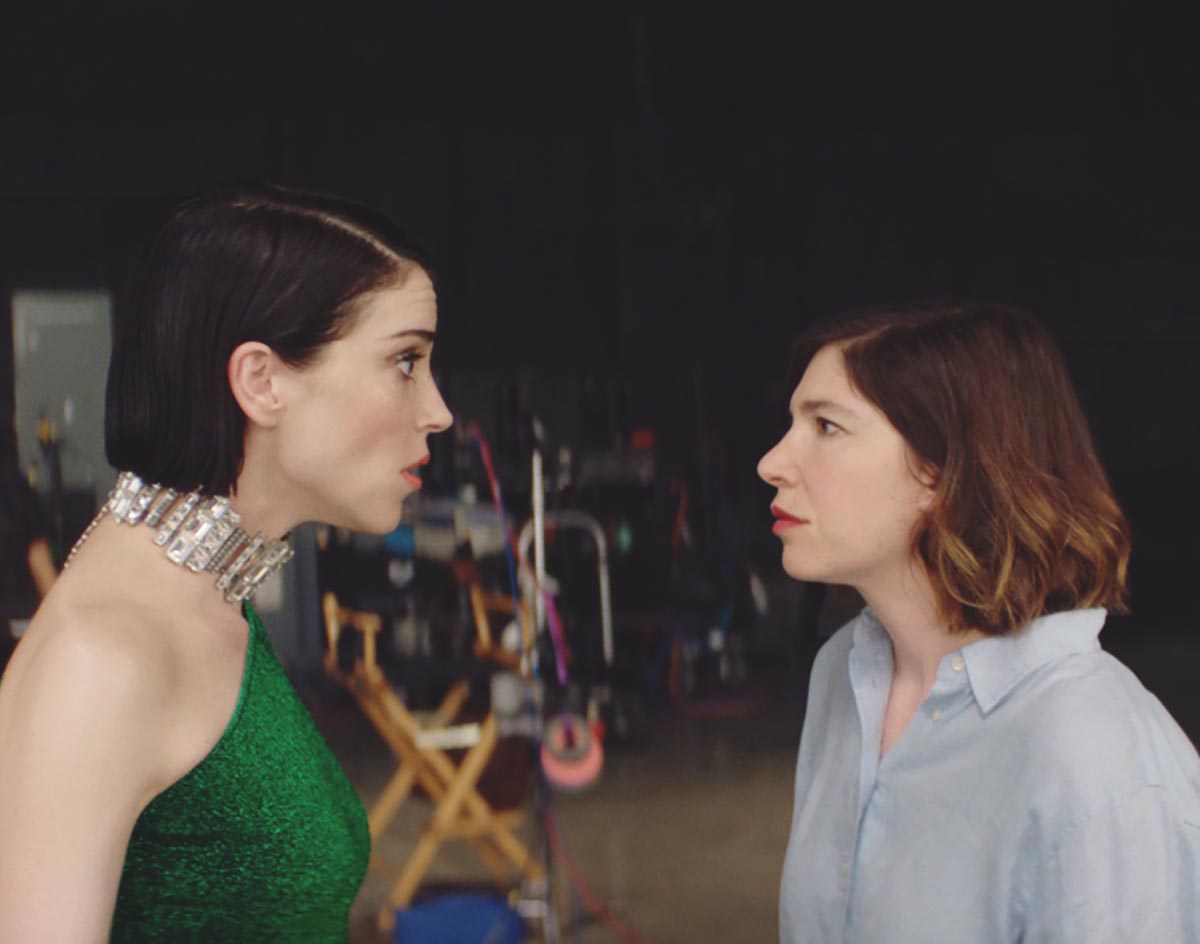 The Dallas-Sprung Musician Tries Reinventing The Wheel With Her Send-Up Of Music Documentary Tropes, But She Should’ve Stuck To The Basics.

Does anyone know what happened to St. Vincent? Things seemed to be going great until a couple years ago.

The  seemingly endlessly interesting Dallas native had turned in five great albums in a row, plus an awesome collaboration with David Byrne. She nabbed two Grammys, and offered up one of the most electrifying performances that show has ever seen.

But ever since, things have been slightly…. off.

She produced Sleater-Kinney’s The Center Won’t Hold, giving them a slicker sound that alienated some fans, and alleged tensions between her and that band even reportedly caused long-time drummer Janet Weiss to leave. She further pissed a lot of people off earlier this year when she demanded a slightly contentious interview about her with writer Emma Madden be scrapped. And, while she claimed her latest album Daddy’s Home is among her most personal, it’s also her least noteworthy. It’s nowhere near as honest or adventurous as her past efforts.

Amidst all this also comes The Nowhere Inn, a faux concert documentary she wrote with Sleater-Kinney frontwoman Carrie Brownstein. Repeatedly, both contributors have stated that the goal of the “film” is to reveal the true Annie Clark — or at least more clearly separate her from her musical persona, which frequently shifts identities.

It’s certainly a subject worth exploring. But in the world of the film, pretty much everything is phony, or at least scripted.

Realizing that the “film” isn’t working in trying to capture candid moments, Clark plays up her aloofness and morphs into a completely unlikable person. But again, it’s just another character.

It all makes things seem as if the real-life Annie Clark – the one who graduated from Lake Highlands High School and had a dad who went to prison – doesn’t want the audience or her fans to know the answer.

So the movie is kind of pointless.

Sure, there are some great scenes, including a sexy photo shoot with Dakota Johnson that clearly makes Brownstein uncomfortable. There’s also a family reunion that plays up Texas rancher stereotypes, and features an excellent singalong of her 2011 track, “Year of the Tiger.”

But there are just as many scenes that fall flat, including failed comedy bits and homages to David Lynch films.

The big irony is that the concert footage contained in the film is fantastic. A whole movie of that, with the occasional weird interlude, would have rocked.

But, in the end, the film ends up proving what Clark may ultimate fear the most — that she’s only compelling on stage.