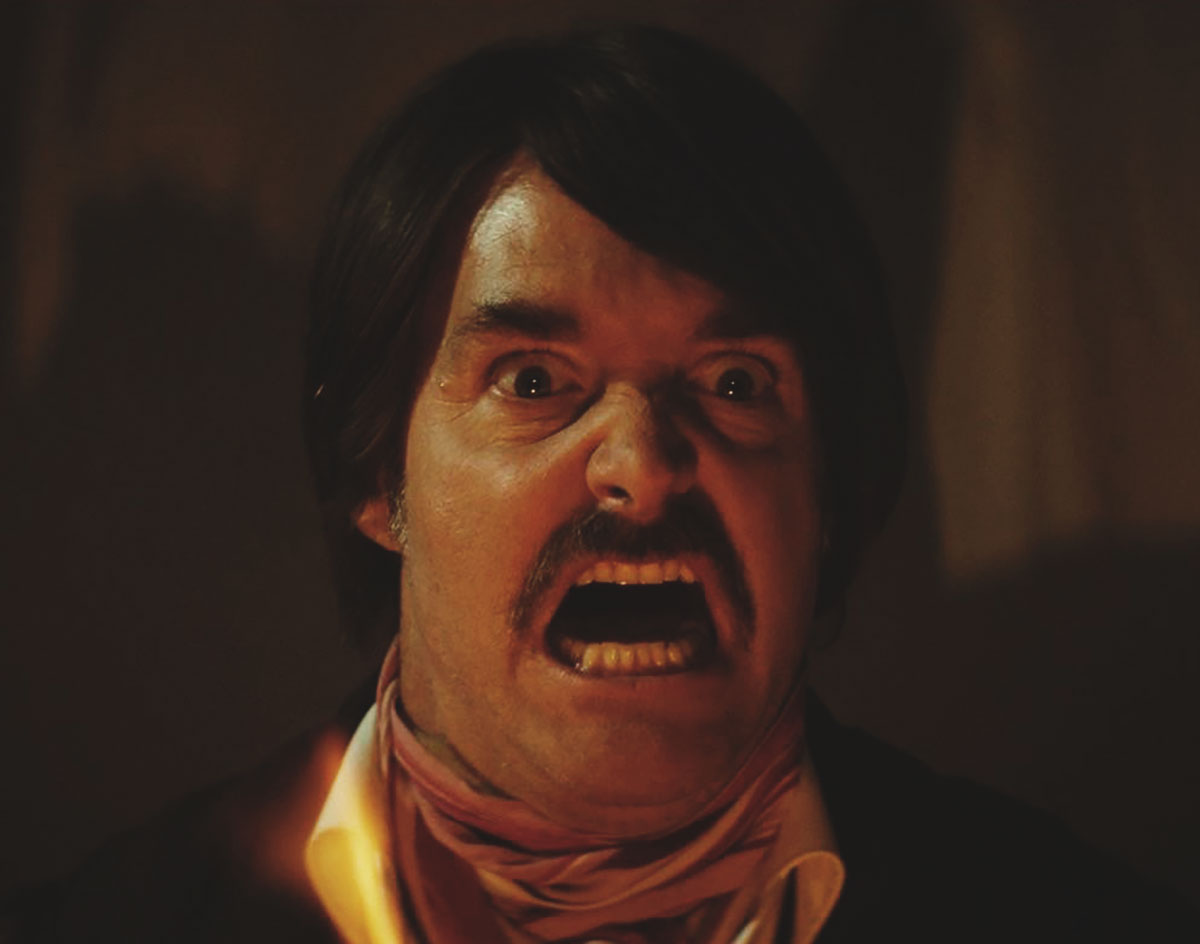 Truly Bonkers And Over The Top, This Plucky Indie Horror Rom-Com From Ireland Is Among The Weirdest And Goofiest Films Released In Some Time.

Sometimes, a movie’s own description is so weird it sounds made up.

In Extra Ordinary‘s case, we’re talking about an Irish Satanic horror/romantic comedy starring Will Forte — and the finished product is as weird as it sounds.

The aforementioned girl is Rose (Maeve Higgins), a lonely and meek driving instructor in a small Irish town. She’s like this because, when she was a child, her latent psychic abilities caused a horrible accident. Now she has given up all of the supernatural to lead a quiet life.

Meanwhile, Martin (Barry Ward) is a widower who is literally haunted by his late wife so badly that he’s dealing with ghostly domestic abuse. He initially seek’s Rose’s help to exorcise his wife, but she refuses to help until she sees that Martin’s daughter, Sarah (Emma Coleman), is freakishly possessed and floating above her bed.

This magic is the work of Christian Winter (Will Forte), an aging one-hit wonder who has made a deal with Satan to sacrifice a virgin during the blood moon in order to get his musical mojo, and fame, back.

What follows is one of the weirdest and goofiest comedies released in a long time.

It lovingly pokes fun at horror tropes. There are possessed birds, haunted potholes, penis-shaped magical staffs, cheesy supernatural VHS videos spliced throughout and, most of all, a bonkers Will Forte performance.

The entire cast works so well here. When Rose and Martin rush to save Sarah from being sacrificed, their chemistry is just so good. Rose is played shy and Martin portrayed completely confused at all times, and it makes for a fun dynamic as their romance blossoms.

Forte’s Christian, meanwhile, is engrossingly eccentric. He shines as an egotistical rock star and a weirdly obsessed Satan worshipper — a perfect foil for Rose and Martin’s more chill demeanor.

Aside from being the biggest name involved, Forte is the clear highlight of the movie. His over-the-top performance channels many of his former roles, and heightens the absurdity of the plot. Watching him cast bizarre spells in goofy robes is, simply, the best — reminiscent of past stellar turns in masterpieces Magruber and Last Man on Earth.

Subtle gags run throughout this rewarding watch, which comes off like a low-budget, demented Ghostbusters.

There’s no reason this shouldn’t develop into a future midnight classic.