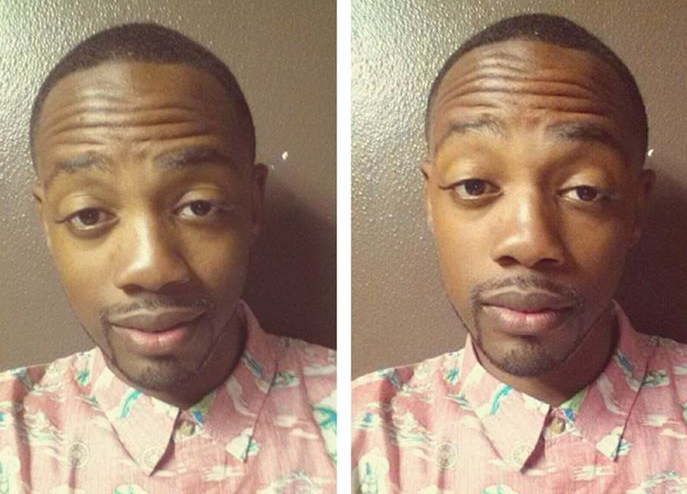 Theodore Beard of Damaged Good$ Is Dead at 28.

Theodore Beard — who, along with his Damaged Good$ collaborator Cool Dundee, stood as one of the leading forces behind kickstarting Dallas' progressive underground hip-hop movement of the past half-decade — was killed on Friday morning when his car crashed into the rear end of a freight truck on Interstate 40 in Alma, Oklahoma. Despite wearing a seatbelt at the time of the crash, Beard died on impact. He was 28 years old.

A consummate showman on and off stage alike, the Tyler-raised Beard, who initially performed in Damaged Good$ under the “Trak Bully” moniker before deciding instead to use his birth name, could always be counted on for a smile, a smack on the back and a good story. He was a man of many varied talents: Beyond hip-hop, he had recently expressed an interest in children's literature, even going so far as to write his own book called Whoosh, Says The Bad Thought!.

Last year, Beard also went back to school, returning to Arkansas' University of the Ozarks to earn his degree. In 2008, he'd dropped out from that school to pursue music along with his former University of the Ozarks basketball teammate Chris Clark (later Cool Dundee). Back on the team this season, Beard used his final year of athletic eligibility to start 21 games and average 12.8 points, 7.8 rebounds and 1.6 steals per game.

Though music had taken a back seat for Beard of late, it remained a passion of his just the same. Last we spoke with him, he teased the possibility of new solo material being in the works. That was an exciting prospect: In addition to being a high-energy performer who was never afraid to interact playfully with his crowds, Beard was also a skilled lyricist with a penchant for expressing positivity and individuality in his rhymes — notably on such tracks as “Dopest/Flyest,” “Follow The Leader” and “Ferris Bueller,” the last of which earned Damaged Good$ national acclaim in the form of a laudatory mention in a 2009 issue of Spin.

Yesterday, the University of the Ozarks athletic department held a gathering in the memory of a man they'd come to know as “Taz.” School president Richard Dunsworth also issued the following statement: “Taz was a loved member of our campus community, a member of the Ozarks basketball team, a graduating senior, and aspiring author of children's books.”

A Facebook page has been set up in Beard's memory as well. Currently, that group is raising funds to help cover funeral costs and to posthumously publish Beard's book.

Friends say Beard was on his way to attend his young son's very first soccer game when his car crashed.

He'll be remembered as a caring, friendly spirit and for his cheerful, always supportive disposition. Ultimately, though, he'll be remembered for following his own path: After the success of Damaged Good$' 2009 debut Hello World and its 2010 mixtape follow-up $pread Love Not Germ$, Beard and Dundee only quietly released a handful of singles and mixtapes before simply choosing to fade from the spotlight and pursue other dreams.

Beard never seemed to regret that decision — and close listeners to Damaged Good$' lyrics shouldn't have been surprised by this fact. As Beard rapped in 2009 single “Ferris Bueller,” others' wishes for him held little bearing in his own life decisions.

“Do your own you,” he rapped in that song's opening verse. “Be your own cool.”